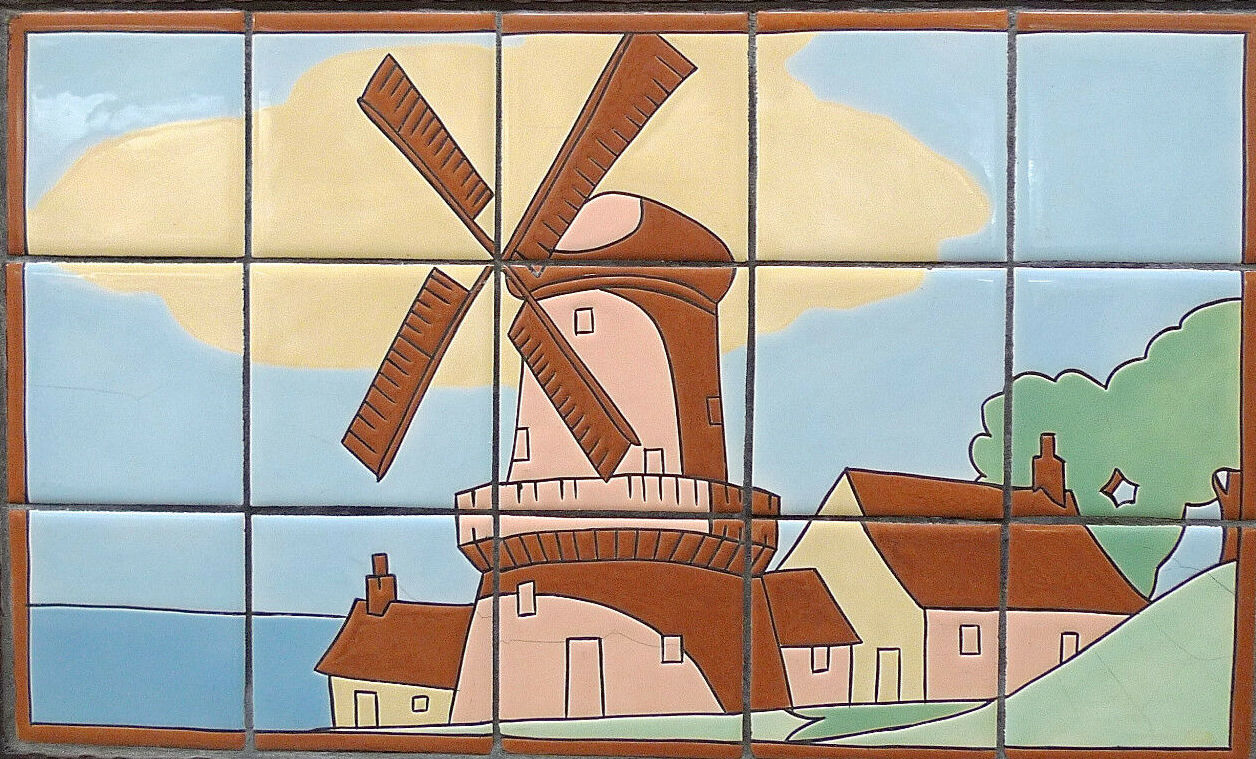 My column last week touched upon a tile installation in the 1924 Battery Park Hotel here in Asheville. Pharmaceutical manufacturer Edwin Wiley Grove (1850-1927) had purchased the first Battery Park Hotel (1886-1923), before tearing it down and building a modern 14-story brick hotel bearing the same name. In the lobby, however, he did commission a 24-tile mosaic of the original Queen Anne hotel mounted above an exquisite tiled water feature, all of which remains in excellent condition today. 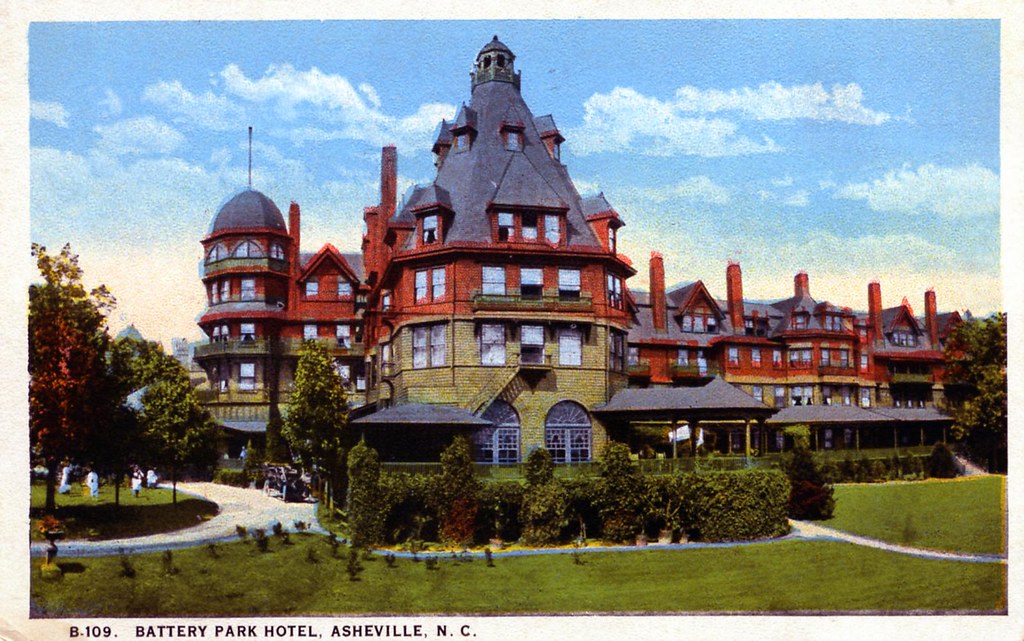 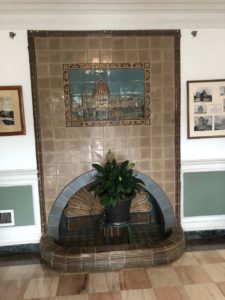 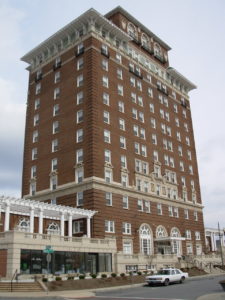 A couple of my tile sleuth friends suggested the installation may have been created by the Mosaic Tile Company, which operated in clay-rich Zanesville, Ohio, from 1894 until 1967 – a remarkable 73-year-run. Founders Karl Langerbeck and Herman Mueller joined forces after leaving the American Encaustic Tile Company and initially produced floor tiles. The firm continued to grow even after their departure in 1903, becoming by 1920 one of the largest tile manufacturers in the United States. 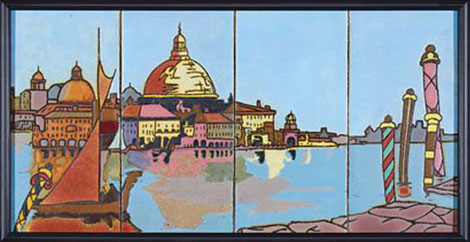 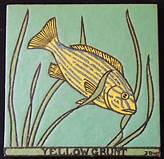 Around that time, designer Harry Rhead, younger brother of Frederick Rhead, introduced colored glazes at Mosaic Tile. As author Susan Montgomery has noted, “Mosaic approximated the appearance of handcrafted tiles at an affordable cost by using more efficient production methods and employing an army of highly skilled workers.” Mosaic’s payroll included as many as 1,250 people during the 1920s. Its tiles were most often marked on the back with the entwined letters “MTC.” 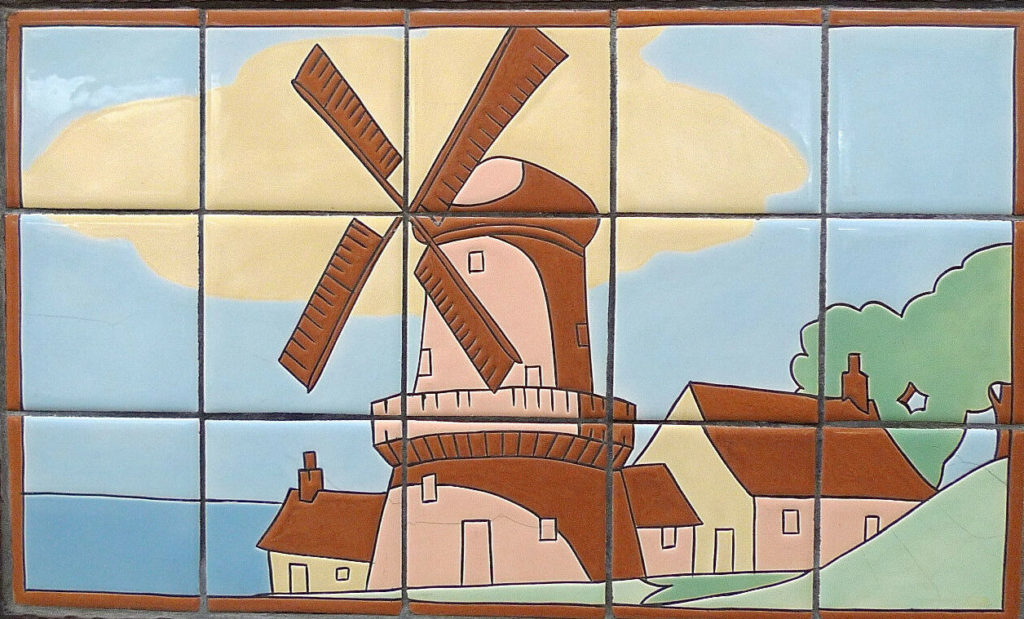 Sadly, after closing in 1967, the sprawling complex of Mosaic Tile Company buildings became ensnarled in financial and legal entanglements, leaving them vulnerable to looters. For years the buildings stood empty, windows broken and walls defaced with graffiti. More recently, many of the structures have been partially leveled, leaving behind piles of bricks and rubble, obscuring the history and the art that for 73 years had been the hallmark of the Mosaic Tile Company. 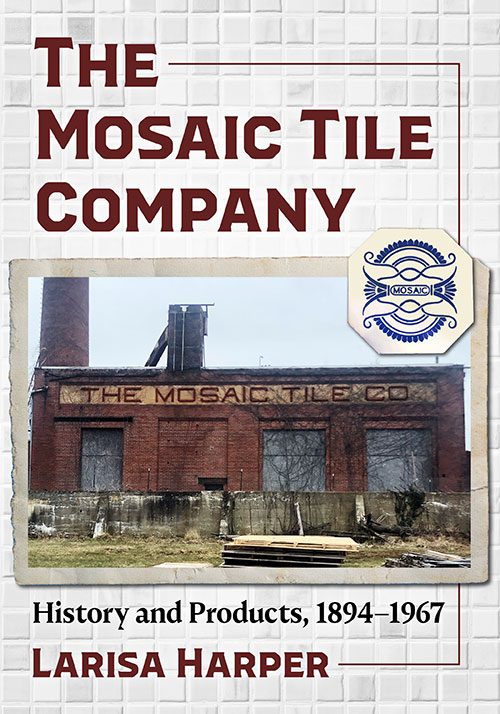 Fortunately, though, researcher Larisa Harper has completed the manuscript for her forthcoming book “The Mosaic Tile Company: History and Products, 1894-1967” which will be released by McFarland & Company publishers.

Judging by the similarities in style elements found in the Battery Park Hotel mosaic and in those known to have been produced by the Mosaic Tile Company, it seems a strong possibility that the Zanesville firm may have supplied the tiles, perhaps using this postcard as a model. But I’m going to keep digging, hopefully finding a reference to the commission either in a 1924 Asheville newspaper or in any Mosaic Tile Company archives which might have survived.

And if another possibility comes to mind, please, let me know!

“Research is something that everyone can do, and everyone ought to do. It is simply collecting information and thinking systematically about it.” – Raewyn Connell, sociologist 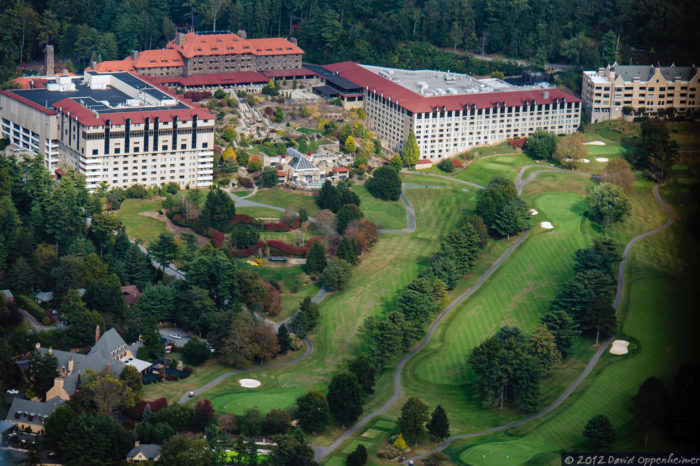