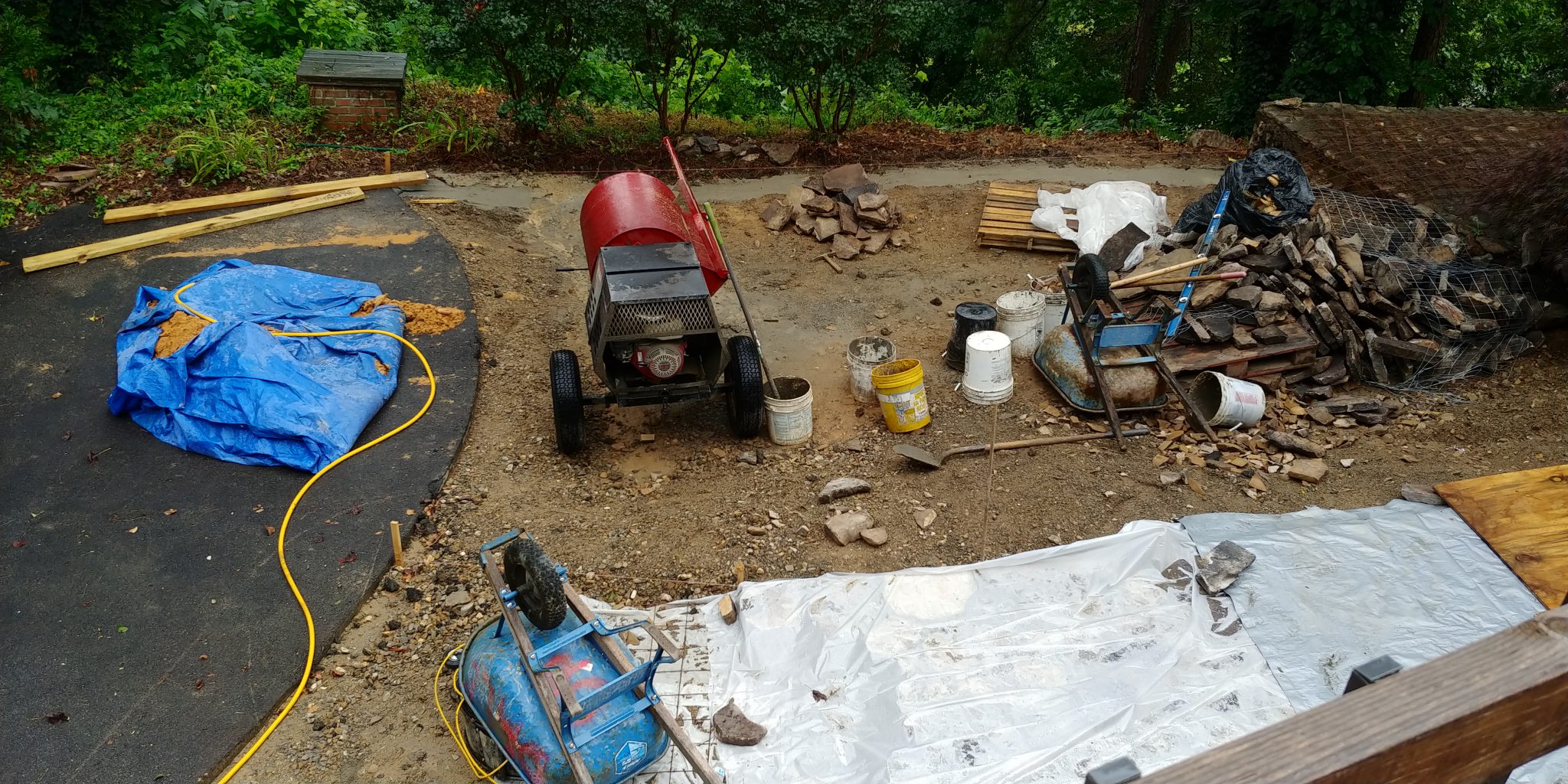 Over the years, I have taught myself a number of practical skills, primarily out of necessity, being unable to afford or justify calling in a plumber, electrician, carpenter, or stonemason for a small or enticing project. During that time I have literally laid tons of rocks, from fieldstone retaining walls and a river rock fireplace to granite dry stack planting beds and Tennessee fieldstone pathways.

This summer, however, our latest landscape project grew too large for either my schedule or my energy level. Instead, Leigh Ann and I brought in three local stonemasons – two Pressley brothers and their father – to lay down a flagstone path through what had previously been a large section of unneeded black asphalt driveway and will soon be a flower garden.

And I learned everything I had done wrong in the past.

First, simply throwing down a thin layer of sand as a foundation for your flagstone is not enough. Before long the flagstones will be shifting and lifting. Before they ever picked up the first rock, Dale and Mark made sure they had a well-packed bed of gravel between our string outlines. 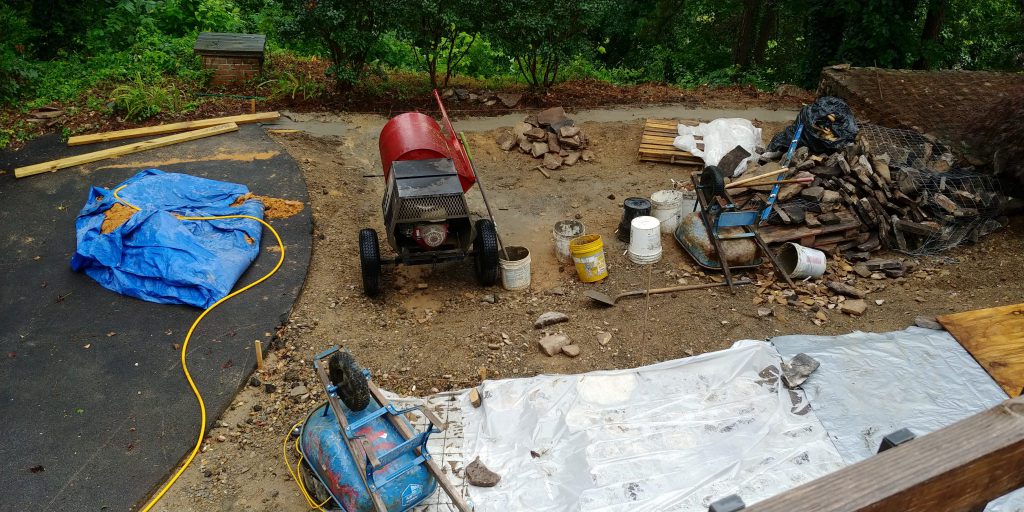 Next, they spread a layer of heavy plastic over the gravel bed. On top of that they laid down sections of heavy, pre-woven wire fencing to serve as reinforcing bar. Once they did, they began shoveling a two to three-inch layer of concrete onto the wire mesh and plastic sheeting. Combined, these four elements – gravel, plastic, wire, and concrete – formed a solid foundation for our flagstone pathway.

Before the concrete could harden, the masons began picking up the flagstone and pressing it firmly into the damp concrete bed. And this was not your thin, one-inch flagstone. Each piece was no less than two to three-inches thick, which means it won’t break under the stress of wheelbarrows or winter freezes.

Finally, they carefully troweled in semi-liquid mortar around all of the rocks. When dry, the mortar locks each piece of flagstone firmly in place. They mounded it slightly to allow for some shrinkage as it dries, then came back a little later to scrape off any mortar that still protruded above the flagstone. At that point Mark grabbed a stiff broom and swept it, cleaning off any mortar drips before they hardened and leaving the mortar with what looked like tiny grain lines.

In a few weeks, after the stonemasons will have removed their concrete mixer and all their materials, the casual observer will stroll across our new flagstone path, having no idea that beneath their feet are several inches of gravel, concrete, rock, and mortar. 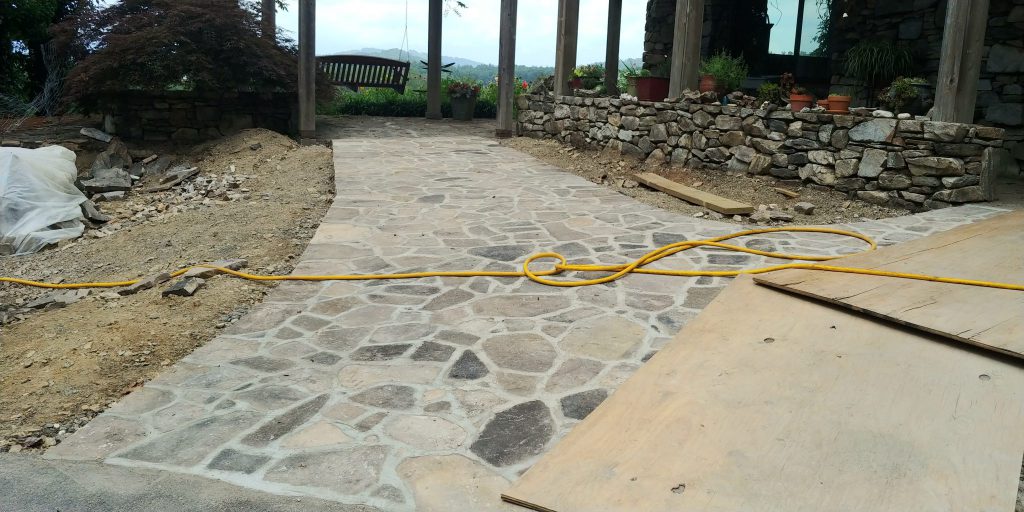 Which brings to mind an old adage:  what looks simple often isn’t. 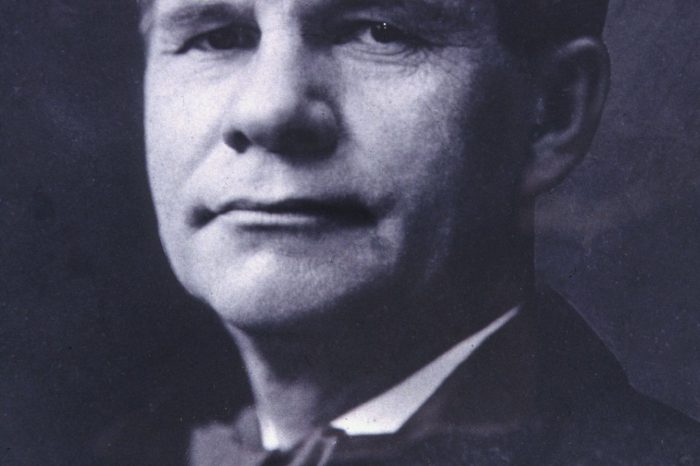