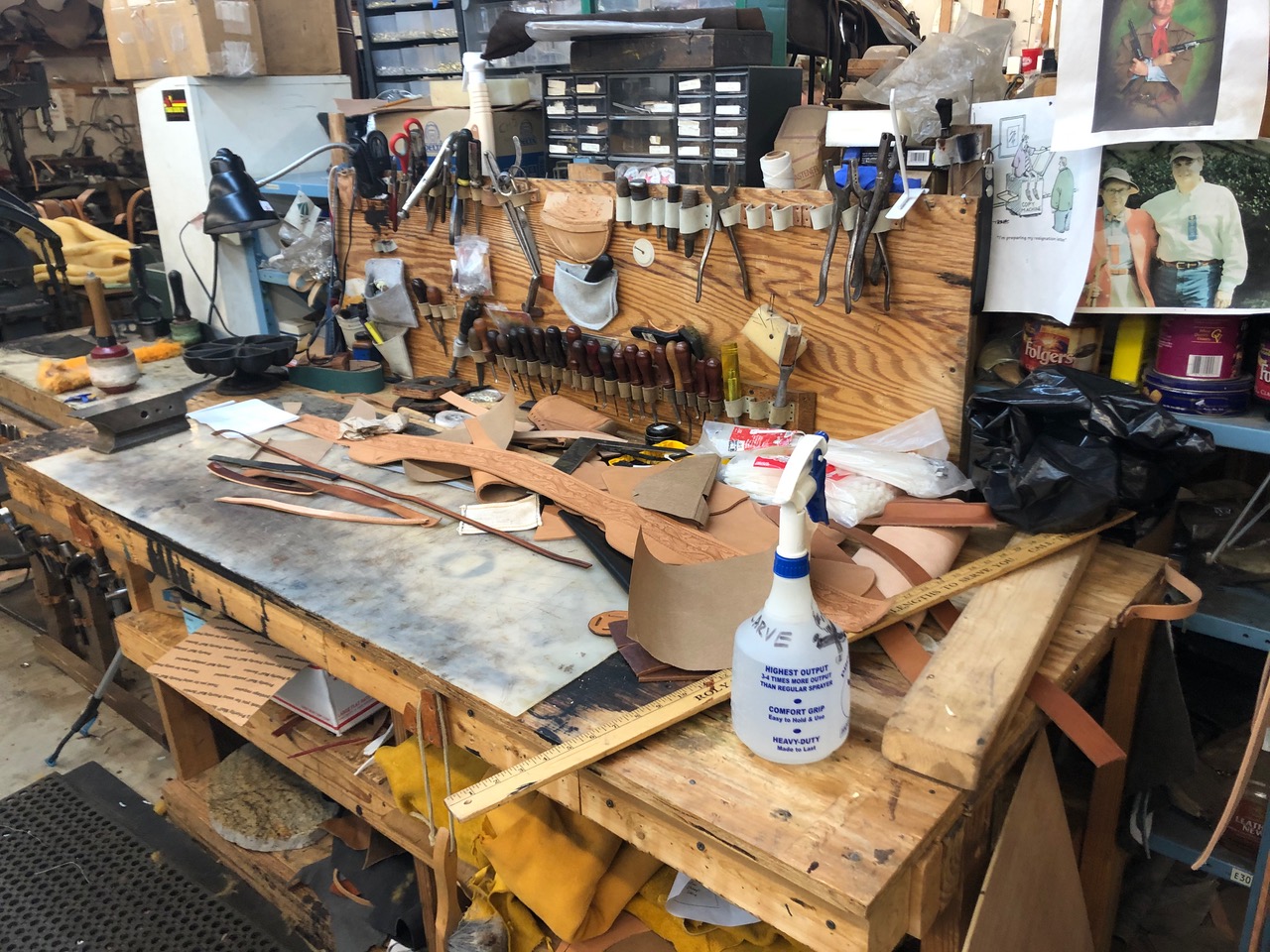 This week, Bruce has plenty of projects to keep him busy, so we’re pulling this Little Journeys out of the archive as a reminder of how projects can stack up in our quest for a simpler life. See the irony? Enjoy this gem first published in July of 2013.

Ever notice how one seemingly small project can lead to a series of big projects?

The L. & J. G. Stickley armchair I bought a few weeks ago was just supposed to be a clean-and-wax project, plus new leather upholstery. No big deal, right?

Well, turned out what I had hoped was a dark original finish was actually one of those dreaded 1960s “antiquing kits,” consisting of an early polyurethane vanish loaded with a dark pigment. In short, it was paint. It was too stubborn to dissolve with a rag and denatured alcohol, and too thick to be sanded off, so I had to resort to an old fashioned, down-and-dirty, stripping project: Formby’s Paint and Poly Remover, scrapers, scrubbing pads, gloves, glasses, and gunk – lots of gunk.

That took an entire Saturday morning.

After a light sanding to remove the stripper residue, I decided that a proper re-creation of an authentic Arts and Crafts finish would begin with fuming — subjecting the tannin in the bare wood to the fumes of 26% ammonia. It’s a labor of love and risk of personal injury. First, I had to build an airtight plastic fuming tent, then put on my air respirator, gloves, long sleeved shirt, hat, and glasses, and carefully place shallow pans of 26% ammonia inside the tent. I then watched it as carefully as potters watch their kilns, choosing the right moment to don my safety equipment, slide out the ammonia pans, and remove the chair.

During this process I finally tracked down an upholsterer who is experienced in both leather and in Arts and Crafts cushions, only to have her point out that the original Stickley wooden seat framework supporting the coiled seat springs was shot: riddled with tack holes, some dry rot, crumbling plastic wood filler, and two broken joints. So, I returned home, pulled out some century old Southern yellow pine boards from an old barn I had once torn down, and built a replacement seat frame that looks identical to the original, but now with strong, doweled joints and no tack holes.

I presumed I would have to start checking my list of Arts and Crafts antiques dealers, watching the auction house catalogs, or waiting until the Grove Park Inn show in February. But, last weekend, while having dinner with friends, I spotted what I discovered was an original L. & J. G. Stickley footstool. It was Fate, right?

My friends cherish their signed footstool, so I did the next best thing: I took measurements and photographs back to my workshop and made my own version (lower photo) using some 1913 quartersawn oak I had also squirreled away.

So, at this point (and I’m not done yet), one armchair equals (a.) a messy stripping, plus (b.) hours of tedious sanding, plus (c.) dangerous fuming, plus (d.) new upholstery leather, plus (e.) a new seat frame, and plus (f.) a new footstool to be built, fumed, finished, leathered, and tacked.

Got to love our Quest for The Simple Life, right?

Have a Simple week. 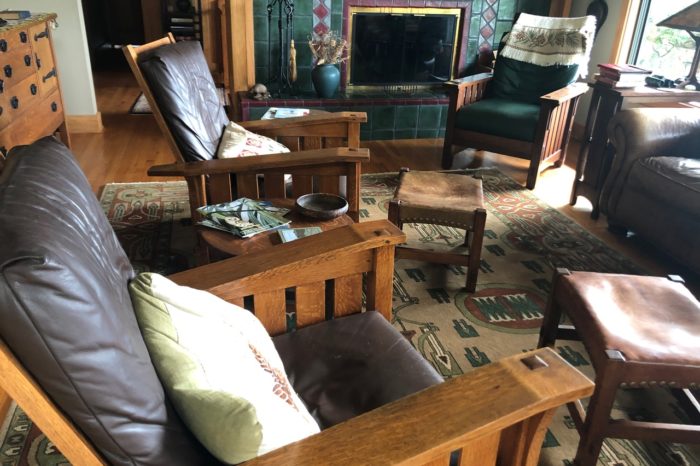 A Love Affair With Chairs