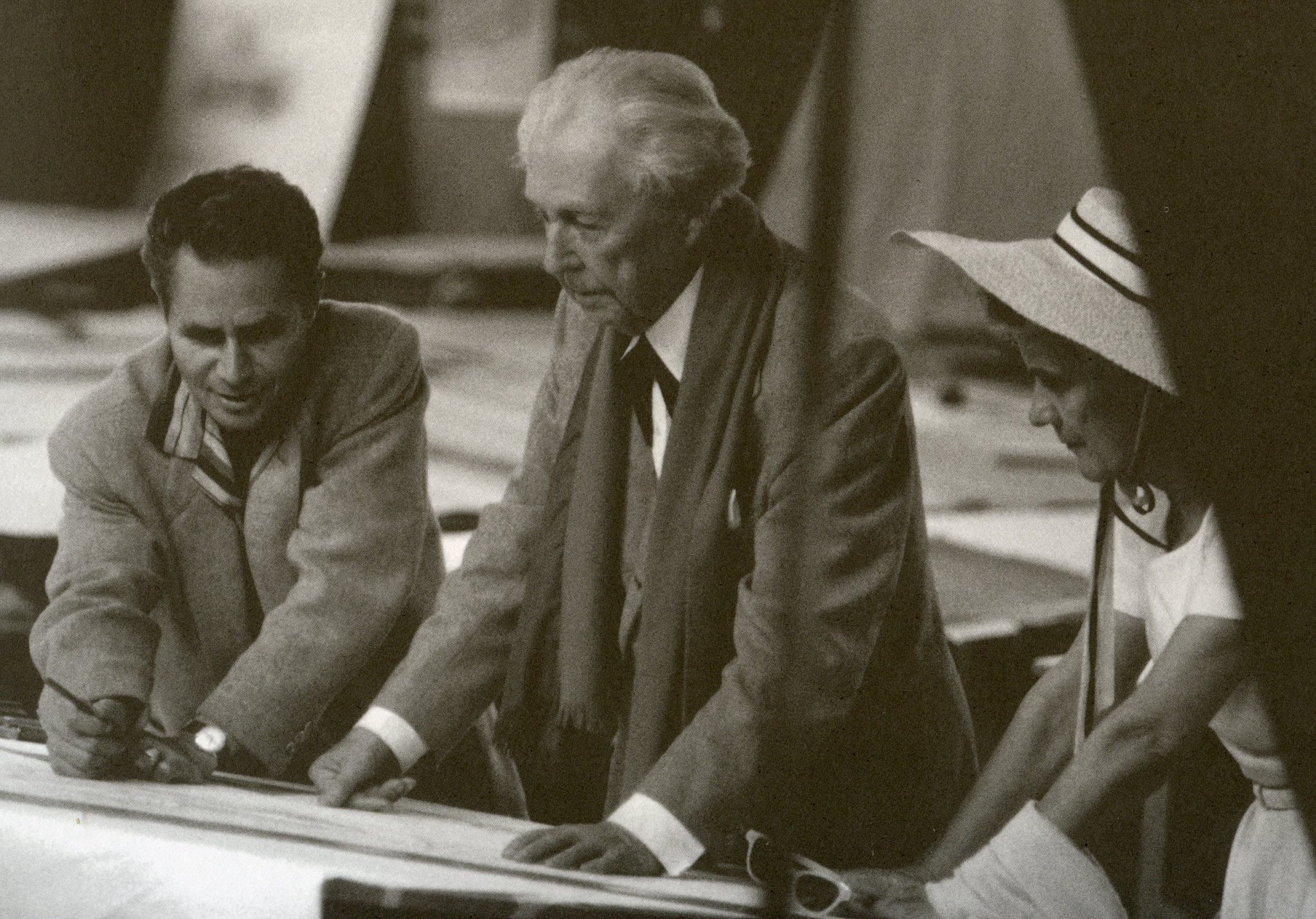 This week’s articles on the Toomey & Co. auction in Oak Park, Illinois, and the Robie House, Frank Lloyd Wright’s Prairie School masterpiece in South Chicago, prompted me to pull from our archives a little journey I made to Oak Park several years ago:

My swing through the Midwest last week included, for the first time in several years, a day spent strolling the tree-lined streets of Oak Park, Illinois, best known as the site of the home and studio of Frank Lloyd Wright. 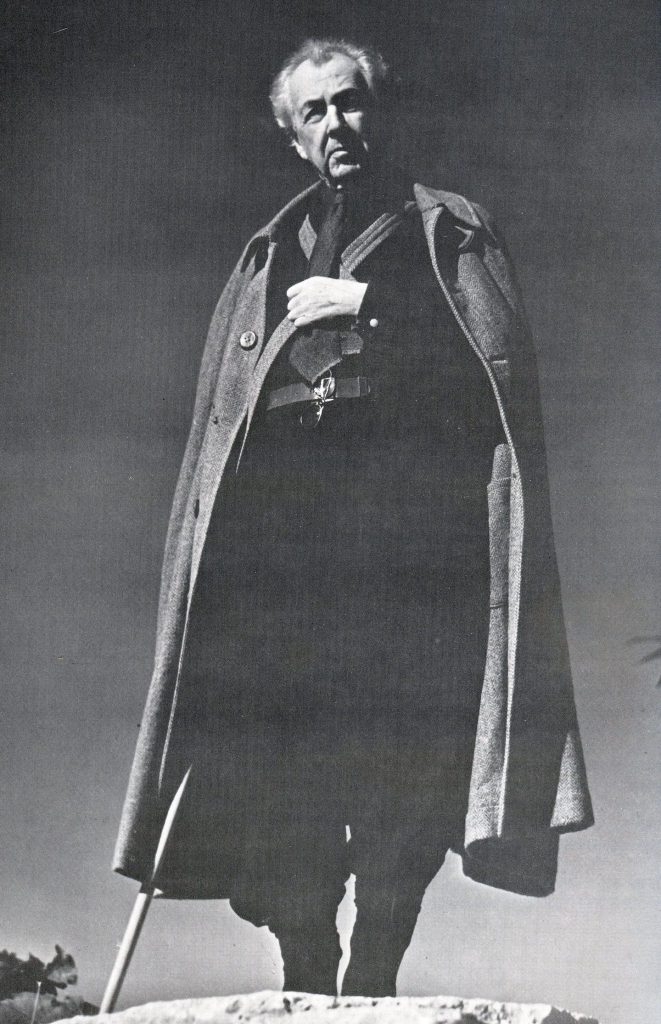 Originally a small village located about ten miles west of downtown Chicago, Oak Park grew quickly after the arrival of the Galena & Chicago Union Railroad and the horrific Chicago Fire of 1871. Among those who sought to escape to the peaceful suburbs was a young draftsman by the name of Frank Lloyd Wright, who worked in the office of architect Louis Sullivan. With $5,000 borrowed from his employer, Wright and his young bride bought a corner lot in Oak Park and, in 1889, designed and built a Gothic Revival shingle-style home that, at first glance, provides no clue to the scores of Prairie School homes the architect would soon be designing for his neighbors.

Wright’s story is familiar to everyone: short, egotistical, creative, controversial, outspoken, he once teased a reporter, “Had I been taller, my houses would have looked completely different.” 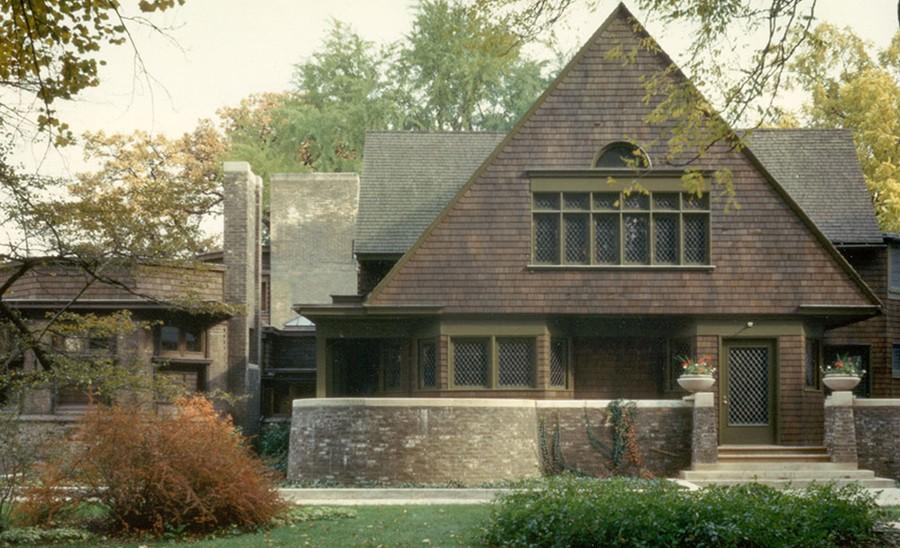 His Oak Park home illustrates the point, as its low doorways and ceilings create a sense of intimacy in a maze of rooms. His home was also his laboratory, which must have vexed his first wife, Catherine, to no end. Wright was prolific in many ways, soon producing six children as he continued to tear down walls, add rooms, change lights and experiment with windows, keeping his noisy household in a constant state of upheaval.

After Sullivan fired him in 1893 for moonlighting, Wright squeezed in a studio and office next to his home in Oak Park. Opened in 1898, it reflects the emerging Prairie School style that Wright had been developing in the thirty-some homes he designed in and around Oak Park between 1889 and 1909. His tenure in Oak Park ended tragically, as Wright engaged in an affair with the wife of one of his clients. The scandal rocked Oak Park and cost Wright his architectural business. The lovers fled to Italy, where they remained for a year before returning, this time to Wright’s family farm in Wisconsin. It was there, at Taliesin, that one of Wright’s employees murdered Mamah Cheney, her two children and four others with an axe while Wright was away. 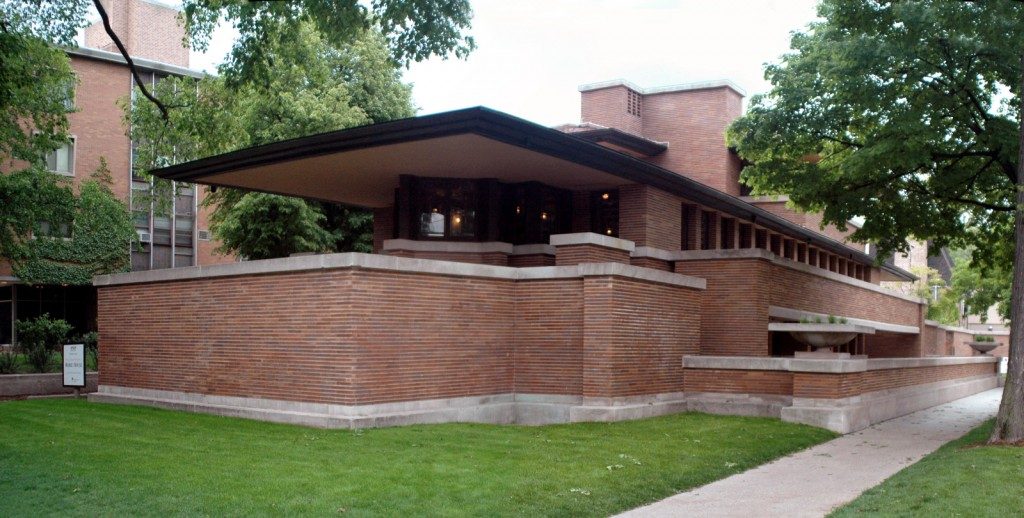 Your next trip to Chicago, which is one of the most architecturally diverse and astonishing cities in the world, has to include a journey out to Oak Park. I made the mistake of hailing a downtown cab, which cost me thirty dollars to experience Chicago traffic on the I-290. Coming back I caught the eastbound Green Line train at the Oak Park station, which cost only $2.25 and took half the time. Much easier! 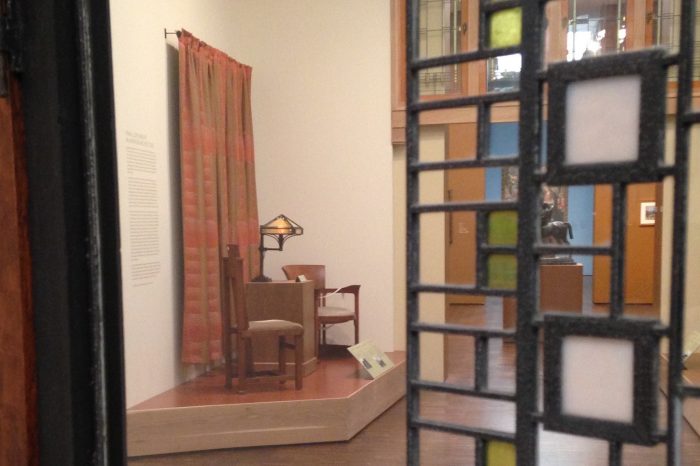