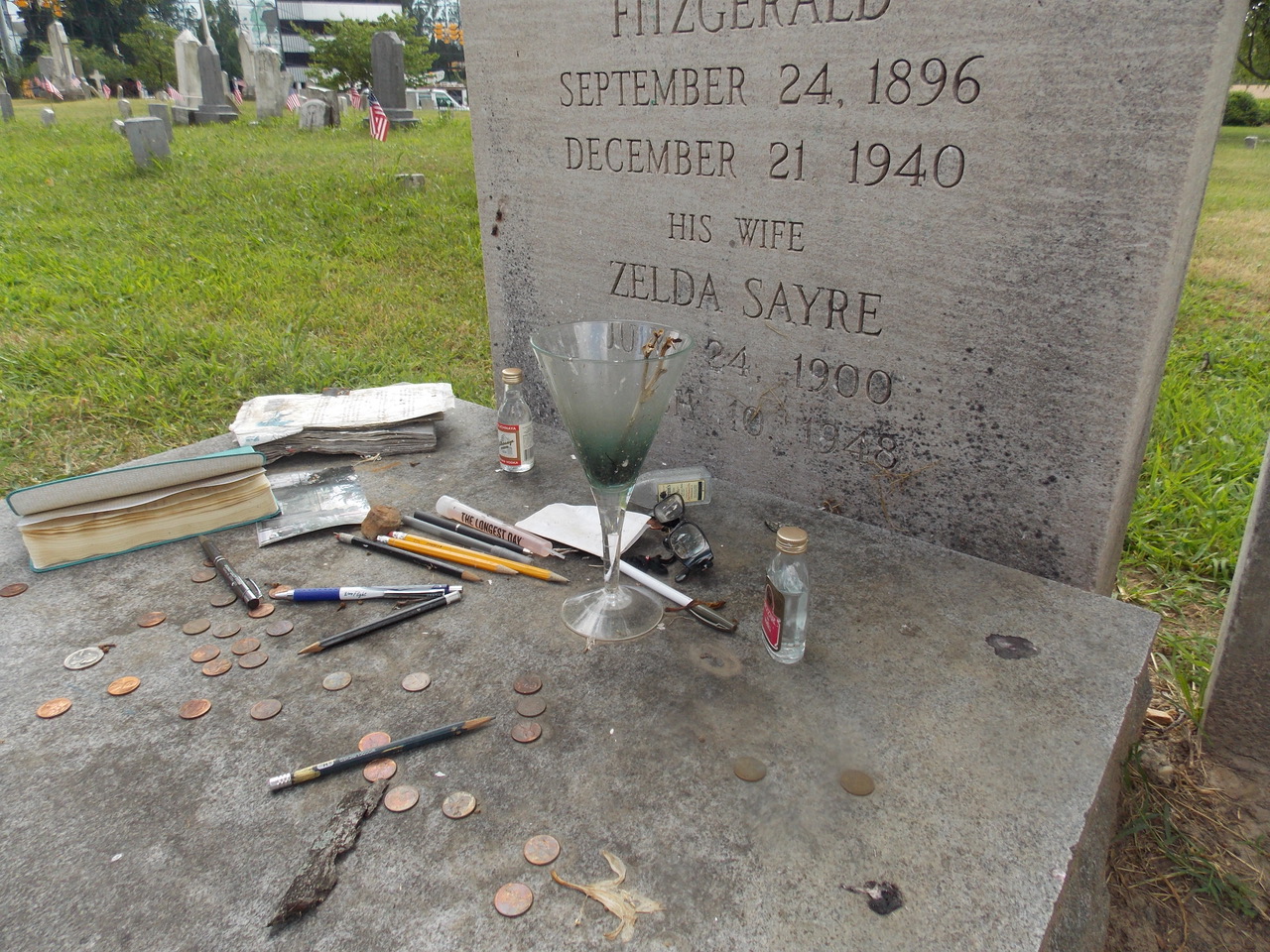 One of the serendipitous discoveries I made thirty-some years ago, when I was writing my first book on the 1913 Grove Park Inn, was that author F. Scott Fitzgerald and his schizophrenic wife Zelda had stayed at the Arts and Crafts resort hotel here in Asheville in the 1930s. The 39-year-old Scott had come South falsely thinking he had contracted an early stage of tuberculosis, when actually he was suffering the ill effects of an advanced stage of alcoholism. He soon brought Zelda with him, checking her into a local mental institute, yet another in the series of sanitariums she had lived in since 1930. 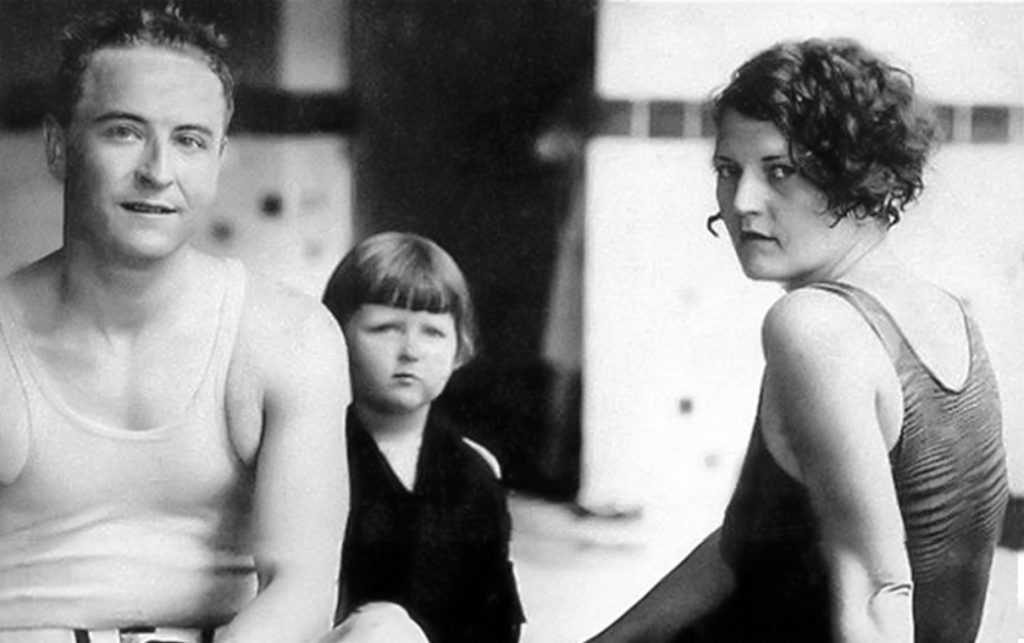 The Fitzgeralds were nomads, as Scott naively assumed any change in scenery could revive his slumping career as a novelist and short story writer. He bounced from hotel to hotel, at times paying for his familiar rooms 441 and 443 at the Grove Park Inn even while he spent weekends in New York and Baltimore, as well as in hotels in nearby Hendersonville, Lake Lure, and Tryon.

The small mountain town of Tryon literally straddles the border between North and South Carolina. Known throughout the South for its famed horse shows, Tryon also attracted a fair number of artists and celebrities, including, I discovered, F. Scott Fitzgerald. He came to Tryon to spend time with Nora and Lefty Flynn, whom he often partied with when they all lived in New York City. Lefty had formerly been a Hollywood star, playing the handsome cowboy in several silent movies, but proved unable to make the transition over to “talkies.”

Tryon is also where two of my favorite ladies, Charlotte Yale and Eleanor Vance, lived from 1915 until their deaths in 1954 and 1958. After founding the Arts and Crafts cottage industry called Biltmore Industries, they moved from Asheville to Tryon and established the Tryon Toymakers and Woodcarvers. 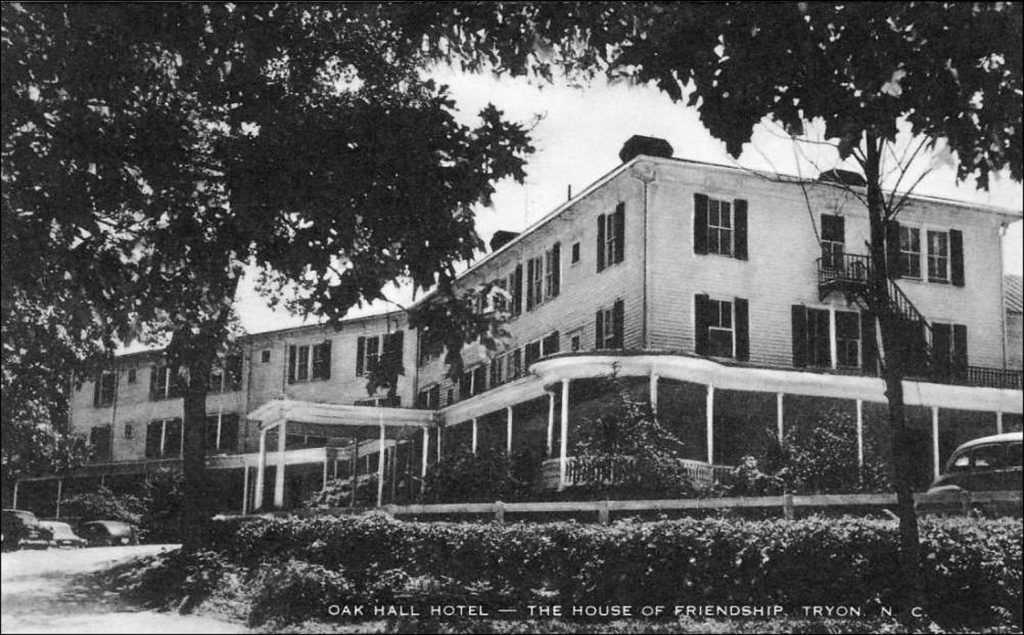 Last Saturday I returned to Tryon, where I helped the town celebrate its 150th anniversary by giving a talk entitled “F. Scott Fitzgerald & Friends in Tryon.” Since I was assigned the five o’clock slot, I didn’t expect many would show, but we ended up with a standing room only crowd in the modest history museum. As I explained to them, in the 1930s the town’s social center was the Oak Hall Hotel, where Scott also stayed, but unfortunately the hotel was demolished in the 1970s to make room for more profitable condominiums. 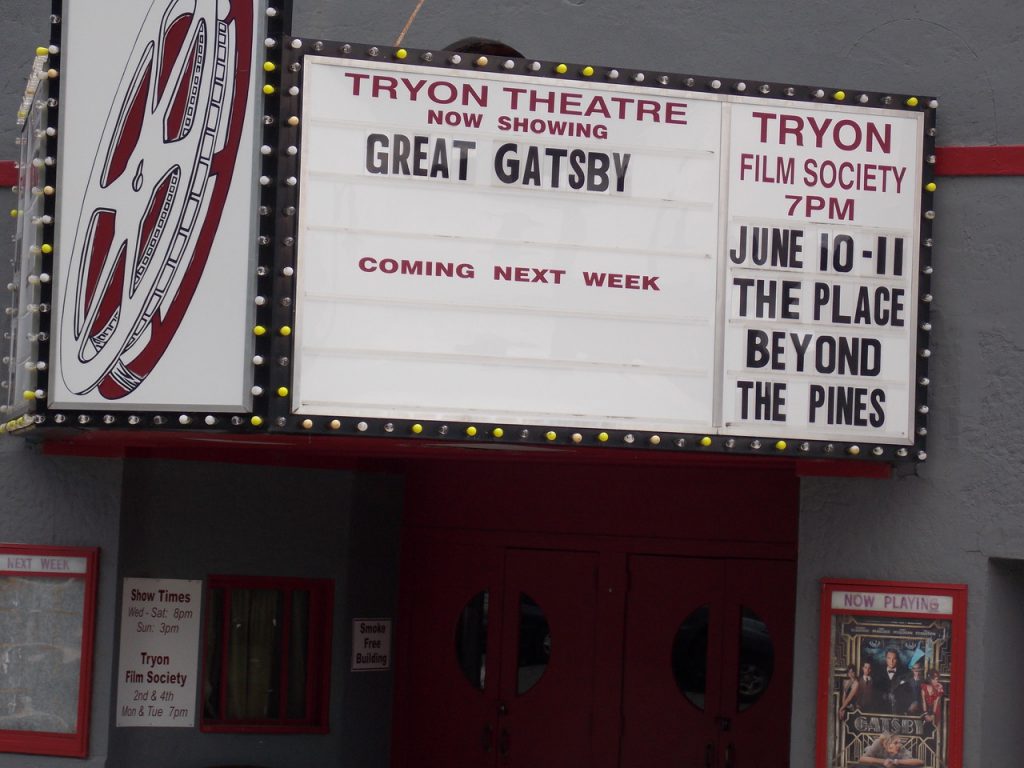 On his last trip to Tryon and the Oak Hall Hotel, Fitzgerald delivered a scathing review of Margaret Mitchell’s best-selling novel “Gone With the Wind,” which had just been awarded the Pulitzer Prize for Literature for 1937. Despite it being more than one thousand pages long, Fitzgerald declared that he could only find two paragraphs of good writing. A few weeks later, his agent called with the news that infamous Hollywood media company MGM Studios had acquired the movie rights to Margaret Mitchell’s novel and were willing to pay Scott $1,000 a week to write the screenplay for it.

Being several thousand dollars in debt to his agent, his publisher, his editor, and his friends, Scott took the offer and moved from Tryon to Hollywood. Unfortunately, Fitzgerald’s writing style and his erratic behavior soon forced the producers to remove him from the project and eventually to cancel his contract.

Scott’s lifestyle had taken a toll on more than his creative powers, as a year later he died from a heart attack in Hollywood at the age of 44. 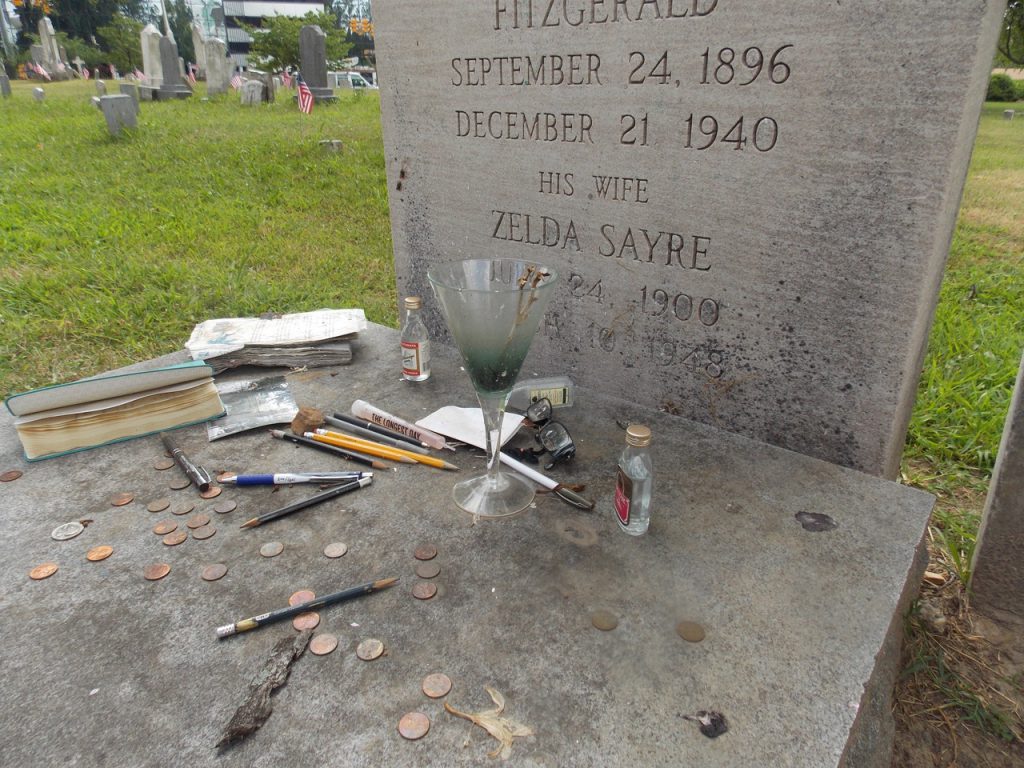 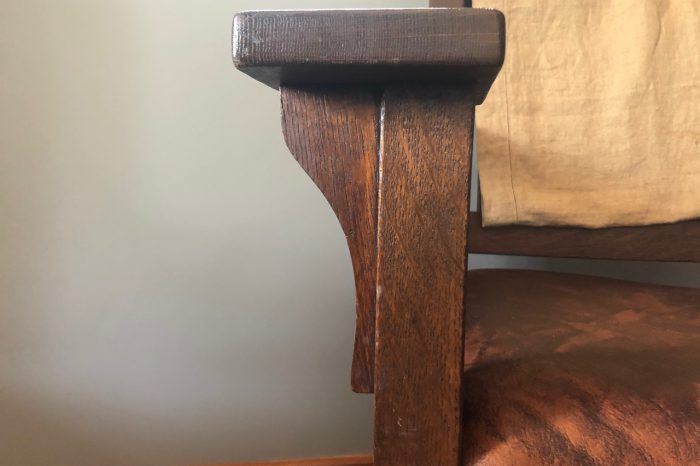 When In Doubt, Add a Corbel