From Wedding to Workshop in Seven Days

From Wedding to Workshop in Seven Days

You would think that with a week which began in Palm Springs, California, at my brother-in-law’s wedding and ended with my first 400-meter race of the 2017 Senior Games track season, I would have enough stories to fill an entire website, but that seems not to be the case.

At least not with stories that I should tell…. 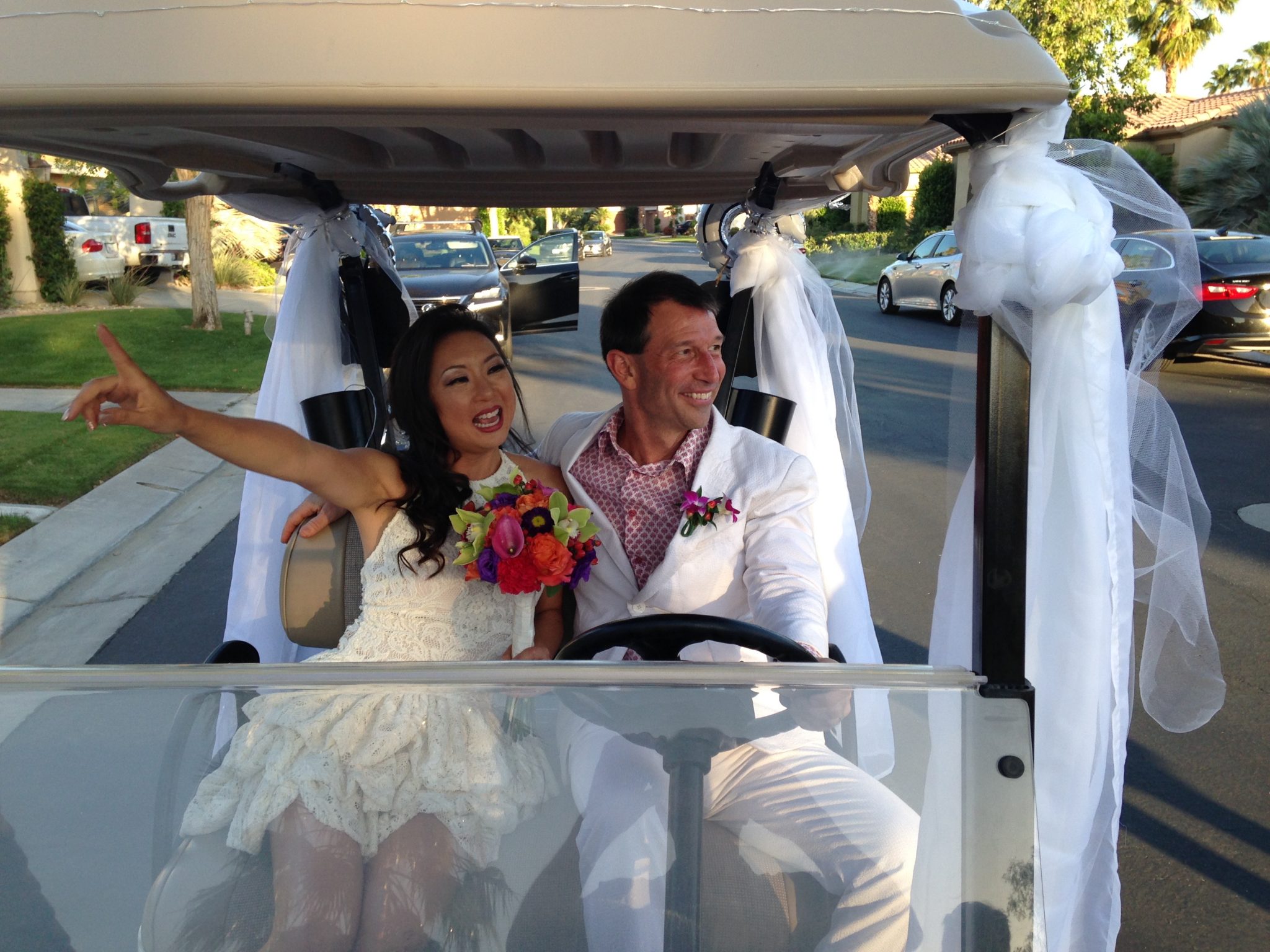 The outdoor wedding was great fun, especially when my brother-in-law’s cell phone went off in his back pocket just as the minister was leading them into their vows. The audience of fifty-some people broke out laughing, including Iris, who nevertheless elected to accept Clark’s apology and the offered ring, rather than push him into the nearby pool.

My memory of portions of the four-day event is a bit fuzzy, for at times it felt like one long party punctuated by the bride and groom standing before the minister beneath the flower-draped trellis for a few minutes on Saturday afternoon.

So, I guess we must have had a good time.

Seven days later I felt recovered enough to be standing on the bright blue track at the Asheville campus of the University of North Carolina on what was a beautiful late spring day. After an hour of warmups and stretching, convincing both my mind and my legs that we were ready for a 400-meter sprint around the track, the starter called us to our appointed lanes. I drew lane one, the inside of the track, which enabled me to look ahead to the other six runners at their staggered starting lines.

The rational half of my brain kept reminding me that they were given what appeared to be a head start simply because if not staggered, the outer lane runners would have to travel a longer distance than someone on the inside lane. But the competitive seven-eighths of my brain could only see that they were ahead of me, so as soon as the starter’s gun fired, it wanted to pass everyone immediately. 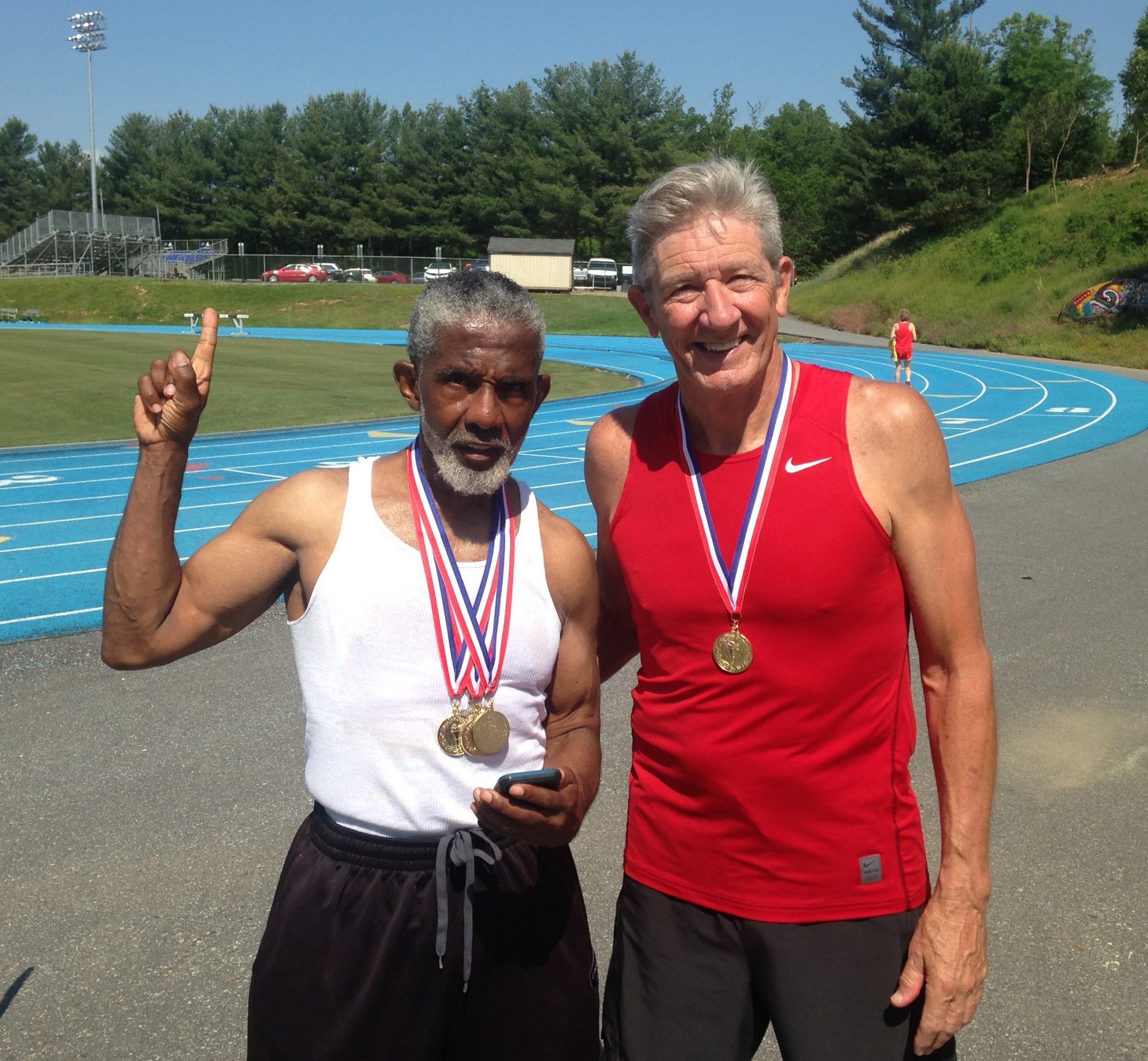 Four hundred meters later, my brain and my legs had worked it out satisfactorily, and I did manage to cross the finish line ahead of the other runners.

And while the entire week was great fun, I was more than ready to retreat to our Arts and Crafts living room, sink into my quartersawn oak arm chair, and only concern myself with what to do next: take Jasper and Daisy for a walk — or slip out to my garage and work on one of my restoration projects.

And to that both sides of my brain were in agreement: do both — then repeat.

Second Down: Iris and Clark riding over to the reception in their decorated golf cart.

Lower: Me and James Smith, my racing friend, who won the 100-meter and 200-meter dashes on Saturday. 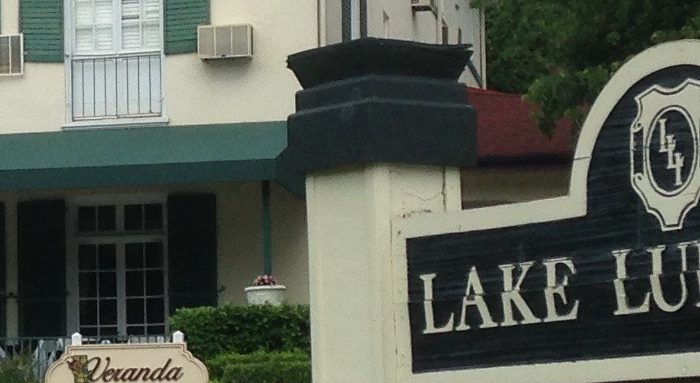