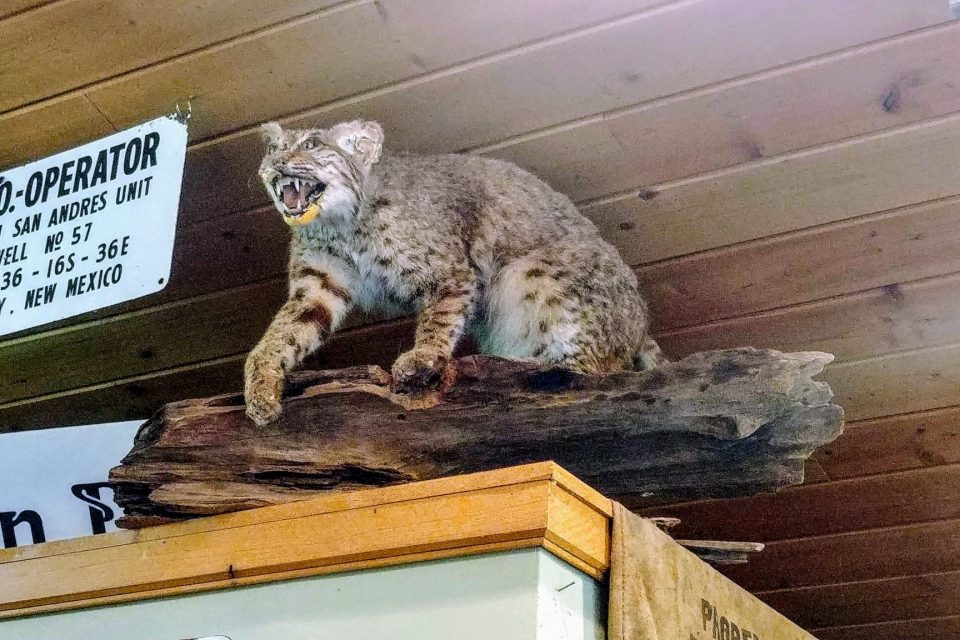 The following article has been re-published. Original date of publication: December 7th, 2014.

A couple of lifetimes ago, at the tender age of 27, I left a secure career in education to start my own business, Knock On Wood: Antique Repair & Restoration, in Iowa City, Iowa. I somehow convinced a banker to lend me five thousand dollars to rent a building, buy some power tools, and take out a few ads in area publications. To supplement my meager income, I also hit all the yard sales and community auctions, buying walnut chairs and Golden Oak secretaries I could restore and sell in the front room of my workshop.

And along the way I picked up a shop mascot, Reckless.

Reckless was a 900-pound bull moose who, unfortunately, looked as if he had been bagged by Teddy Roosevelt in 1908. Though tattered and moth-eaten, Reckless had a magnificent set of antlers measuring nearly six feet from tip to tip. He looked fantastic hanging in my workshop, especially at Christmas, decorated with twinkling lights and his own red hat.

But when the time came for me to again change careers and move to North Carolina, I could not justify dragging Reckless with me to a tiny bungalow near the Duke Campus in Durham. So, I had the yard sale of a lifetime, complete with an enormous moose head mounted on a maple tree in my front yard.

He sold in the first fifteen minutes.

Obviously, I have never forgotten Reckless, who inspired me last week to whip my pickup to the curb and stare at a front porch crammed with children’s toys, a porch swing, lawn chairs, a bike, and two cats — one of whom was the largest cat I had ever seen.

That’s because the cat was a bobcat.

Looking much like Reckless — a little moth-eaten and obviously treated like another of the kids’ toys — this snarling bobcat had once been professionally stuffed, preserved, and mounted in a lifelike pose on a large piece of driftwood.

Now to someone who once bought a Gustav Stickley rocker off a porch in Tennessee, a Limbert Morris chair off another one in North Carolina, and chased a truck of Stickley Brothers chairs through Grinnell, Iowa, going up and knocking on the door to this house never once seemed inappropriate.

Not until a snarling pit bull threatened to break through the glass trying to eat me.

But his owner was home and quickly quieted the pit bull, then listened with a puzzled expression as I quickly told him my story about Reckless, wrapping it all up by breathlessly asking if I could buy his stuffed bobcat.

He, of course, thought I was nuts.

But as my friend George is fond of saying, “Money talks.” So the puzzled owner soon had enough cash in his hand to go out to dinner (plus his own story to tell), and I left with a smaller version of Reckless, my new office mascot, now looking down at me from atop my closet, safe from any kids and snarling pit bulls — and only needing a new name. 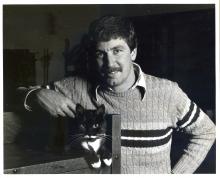 Buy something Arts and Crafts this week!

Top: I could not find a picture of Reckless, but this moose at www.midtownlunch.com looks very similar.

Middle: I hope he is happier than he looks!

Lower: That’s me in my Knock On Wood days back in Iowa City, with Mickey (not stuffed!) on an Arts and Crafts bookcase. 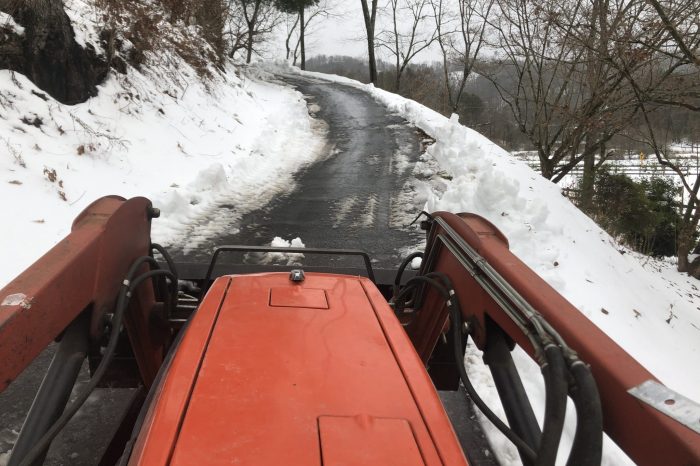