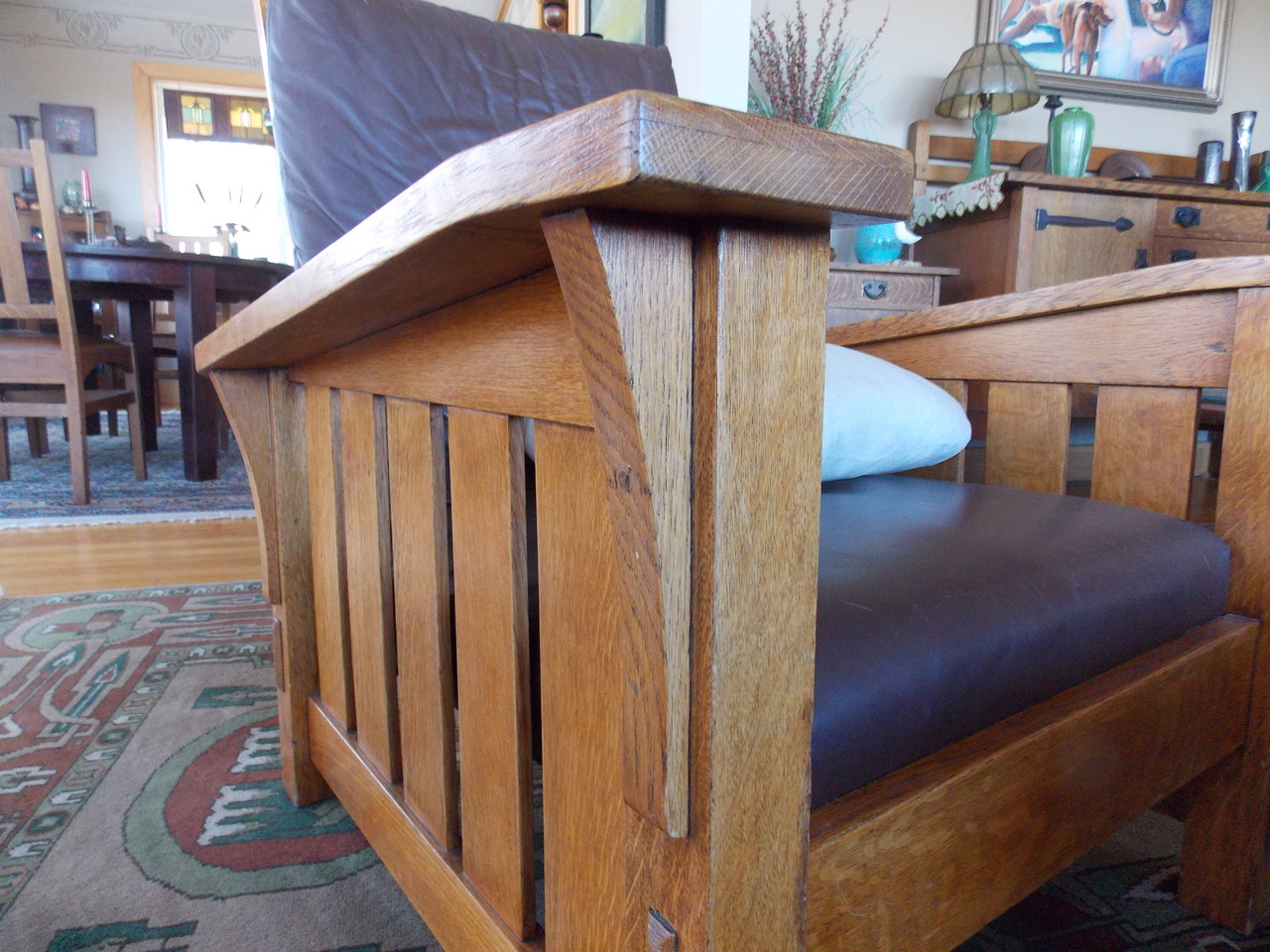 If you ever experience one of those uncomfortable lulls in a party conversation, just bring up either of these two topics and everyone will start talking: flying incidents and moving experiences.

When I moved from Iowa to Durham, NC in 1985, I had already begun collecting Arts and Crafts furniture. I soon learned that while Arts and Crafts furniture had never established a firm foothold in North Carolina, that which made it here pretty much felt like unwanted orphans. It often gravitated to community auctions and antiques shops, where it sat gathering more dust than interest. 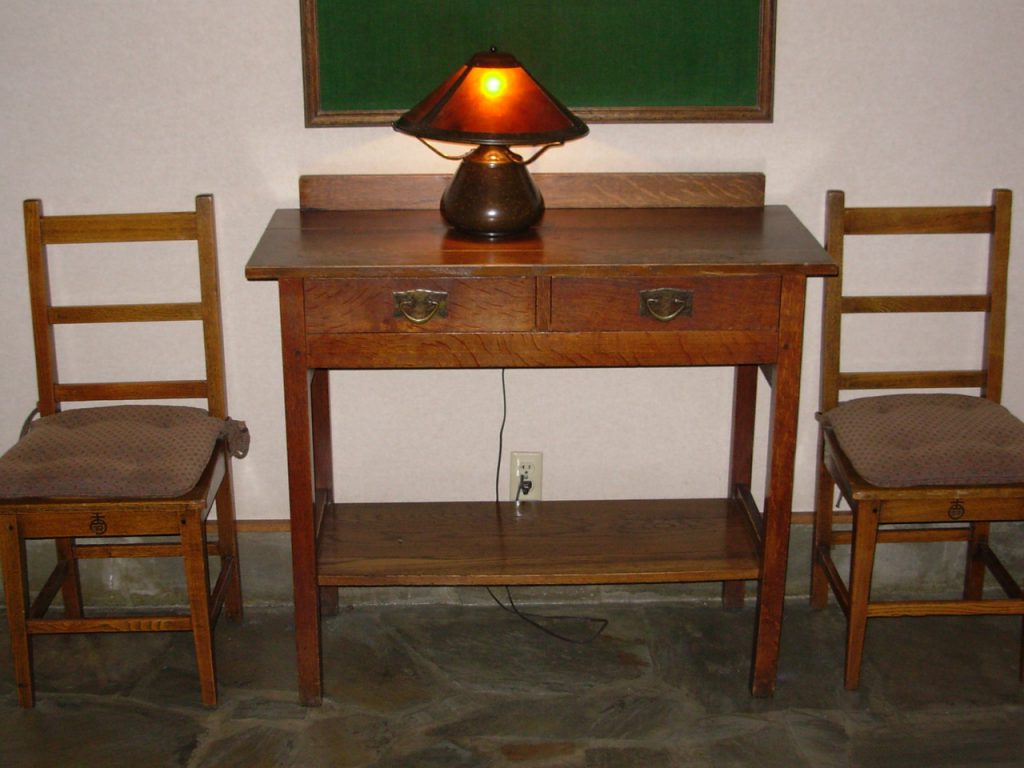 Not long after my arrival, I began what has become a three-decade relationship with the 1913 Grove Park Inn. In addition to eventually writing their history book, plus a few others, I was asked to provide the interior design team from Atlanta with authentic Arts and Crafts antiques for the hotel’s hallways and offices. For several months, then, my dog Abby and I would climb into my van and literally just pick a direction and start driving, looking for any antiques shops we found along the way. 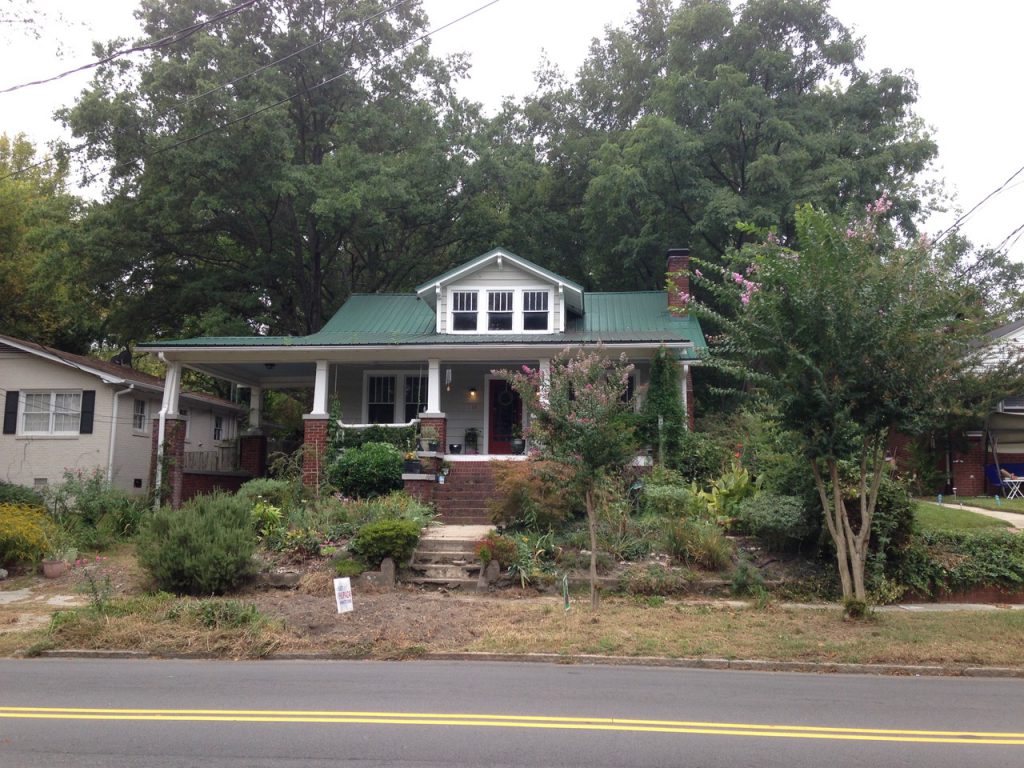 As I filled the Grove Park Inn’s shopping list, I also began filling our small Arts and Crafts bungalow in Durham. Like many such houses, it had only a partial basement, just enough room for the furnace. The rest was crawlspace. In our case, damp crawlspace. The backyard sloped to the house, so any significant rainfall resulted in runoff seeping through the brick foundation and into the crawlspace.

To correct the problem, I ordered a large truckload of topsoil. What they dumped in my backyard was a large truckload of red clay. When I complained to the driver about the poor quality of the dirt, he not so politely informed me that “this ain’t Iowa,” undoubtedly wishing I would pack up my barking Rottweiler and go back. 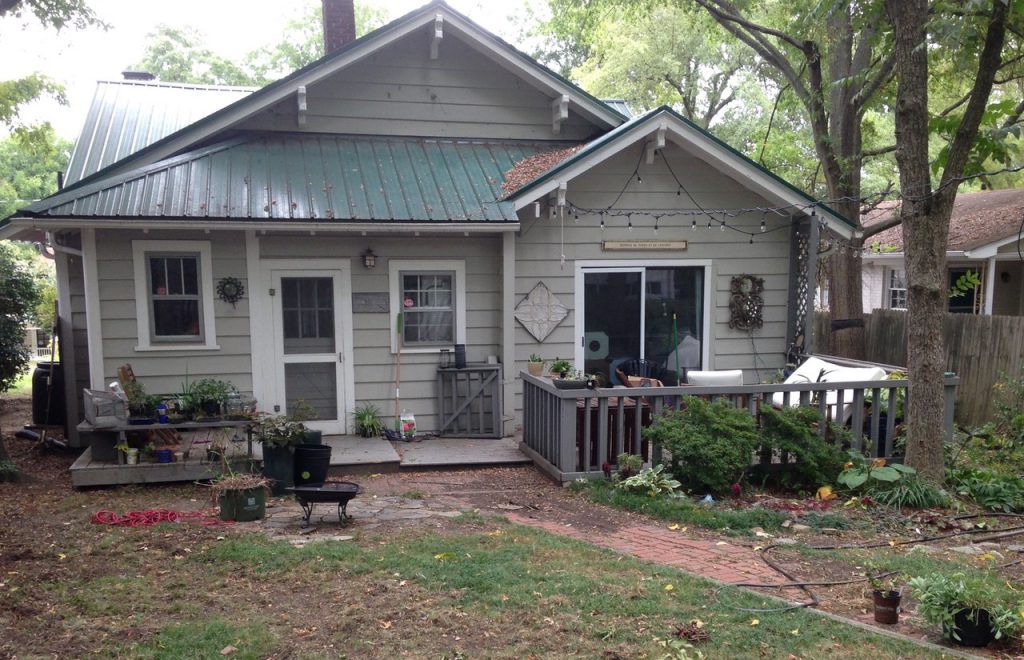 Two years later, I finally got grass to grow on it — just as we were about to move to Asheville. On moving day, I hired two college sophomores and rented a large U-Haul truck. The young men were glad to see that this truck had a hydraulic bed, which allowed me to lower the truck by about twelve inches, making it easier for them to load all my heavy oak furniture. At the end of a long, hard day, we were ready to take off. Friends gathered around the truck in our backyard, as Eric, Abby and I climbed into the cab and I fired up the engine.

With Eric safely strapped in and Abby looking out the passenger window, I pulled the lever to lift the bed back up into driving position. Rather than the bed raising, however, the weight of all our Arts and Crafts furniture made hydraulic fluid push the four rear tires deep into my twelve inches of soft, red topsoil. We were going nowhere.

My friends and two helpers hung around for a while, until the last of the beer was gone, then awkwardly made their exits, as I waited nearly an hour for the tow truck to arrive. Another burley driver got out, sized me up pretty quickly, and hooked up his cable to the front axle of my rental truck. Fifteen minutes and a wad of twenties later, we were on the road, leaving Durham behind and headed to a new chapter in our lives in Asheville.

“Life is a bicycle. To keep your balance, you must keep moving.” – Albert Einstein 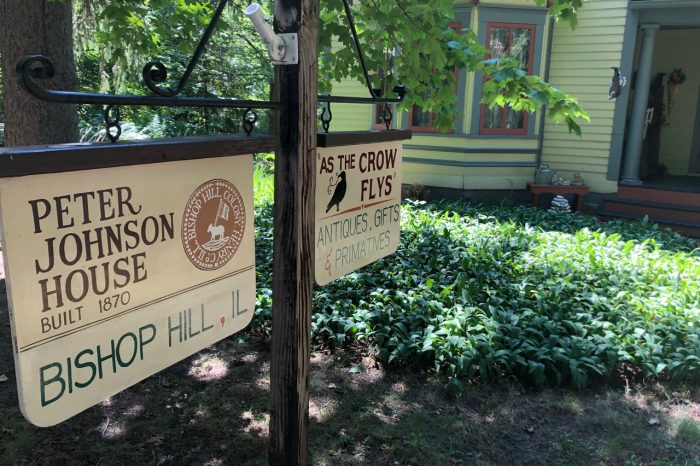