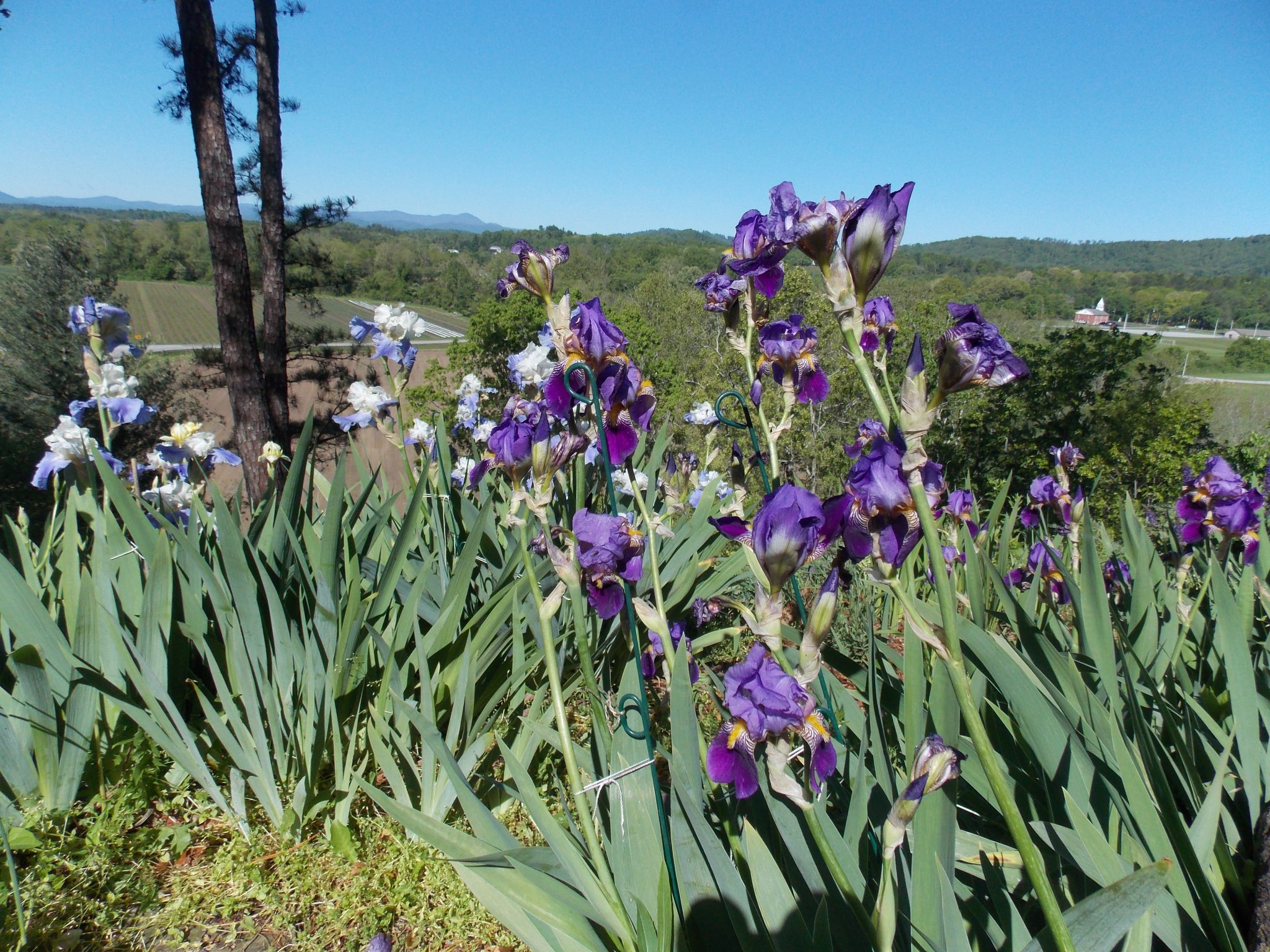 Among other things, Leigh Ann and I share a two-car garage. Not equally, I must admit, but I have come to recognize that the magnificent flower gardens which surround our house require a large number of tools, as well as workbench space for repotting plants and space to store mulch, fertilizer and soil. Now, if Leigh Ann owns a tool, of which she has many, chances are she also has the original receipt, the manufacturer’s warranty and the box it came in.

Unless, of course, I have ever borrowed it. 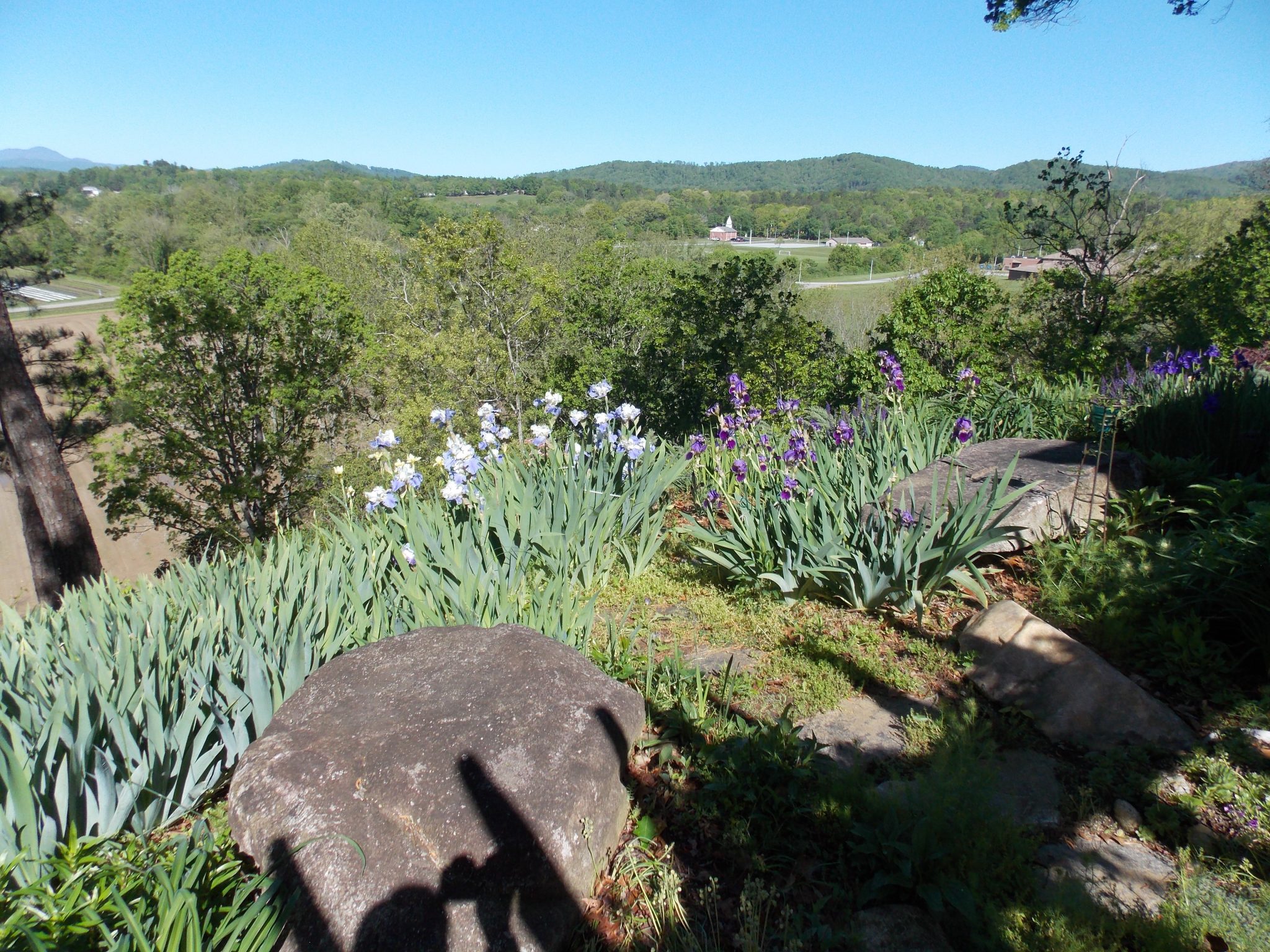 I, on the other hand, actually have duplicates of several of my own tools, not because I needed two sabre saws, but because I bought a second one not recalling exactly where I had left the first one. Or even that I still had a first one.

When we were first married, we agreed that we would sell Leigh Ann’s home and live in mine, only because mine had space for my office. When she arrived, Leigh Ann did remark that at her house she was able to park her car inside her garage, whereas at my house both sides of the garage were filled with woodworking tools and unfinished projects.

I am proud to state that for the past three years, we have been able to park both her car and my pickup truck inside our garage.

Most of the time. 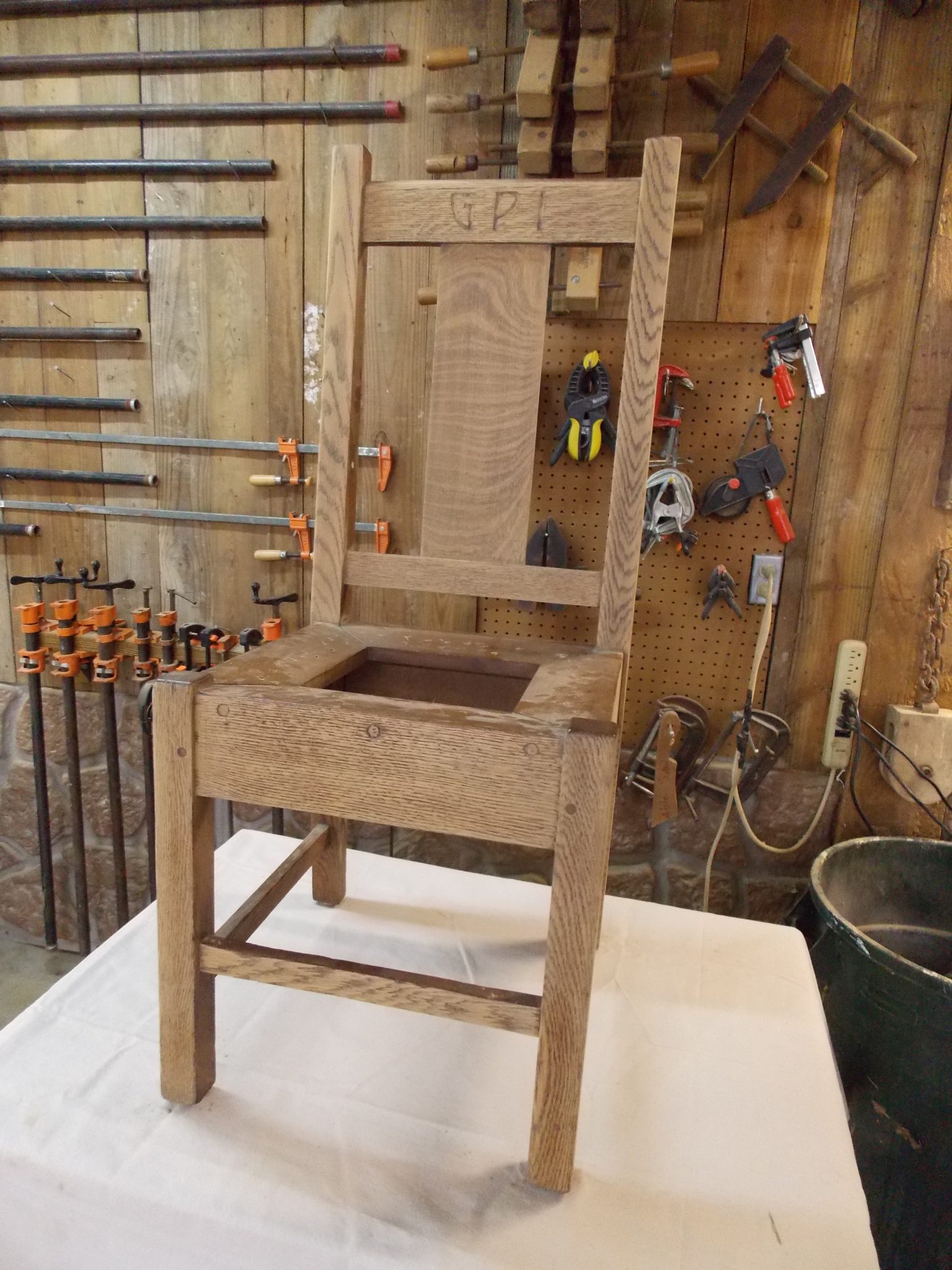 Occasionally I have had a large project which required additional space, such as when I built a new office atop our two-car garage and needed the entire garage for staining and finishing the tongue-and-groove pine boards for the ceiling. And, I am proud to say, Leigh Ann was totally understanding.

More recently, I have started placing my table saw, chop saw and some of my workbenches on locking castors, which enable me to roll them to the far end of the garage just minutes before Leigh Ann gets home and presses the button on her garage door opener.

And while our shared space has never grown contentious, I knew we needed a change. Two changes, in fact. 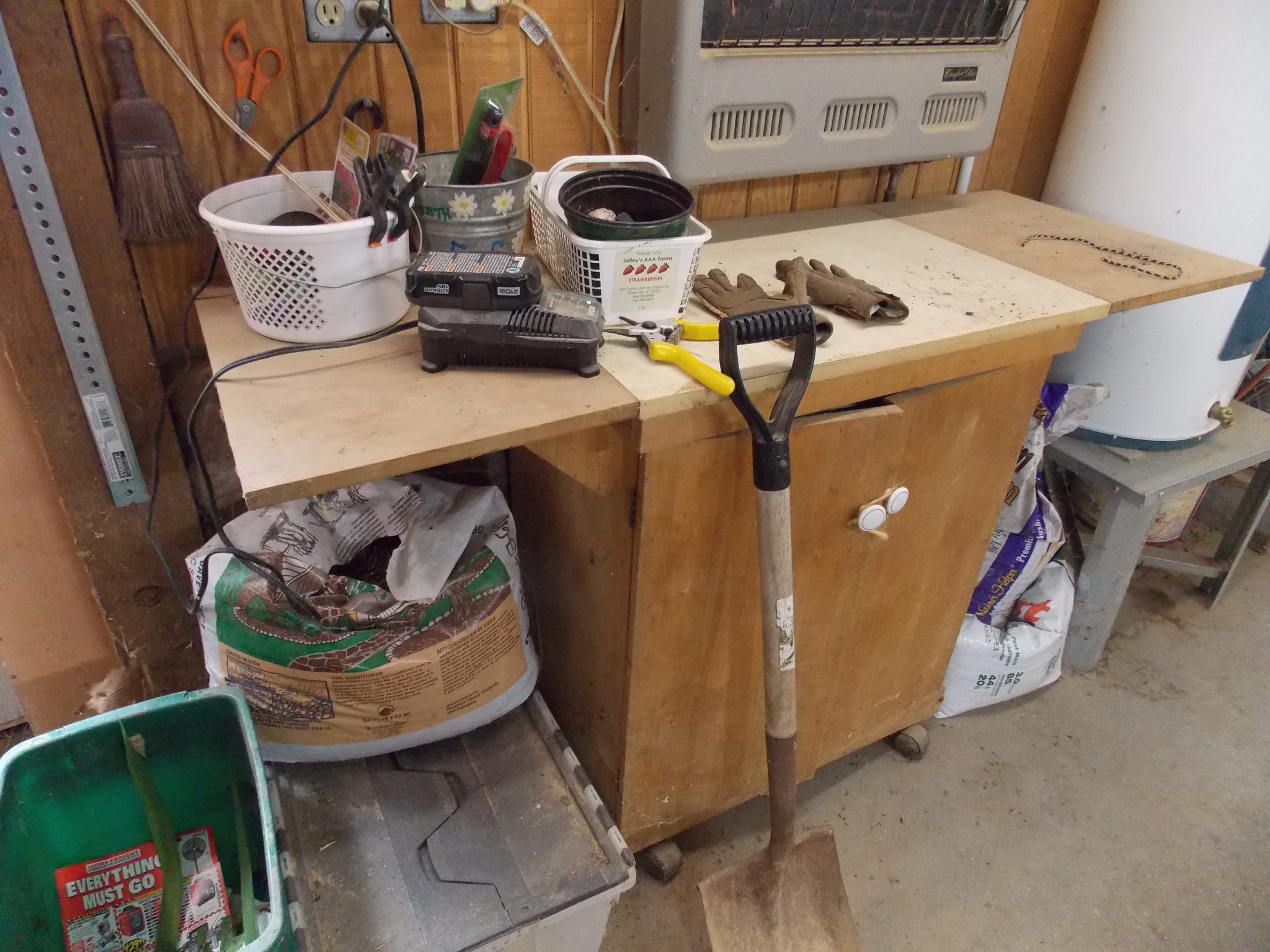 Number one, I needed to recognize that Leigh Ann deserved her own space — and more of it. 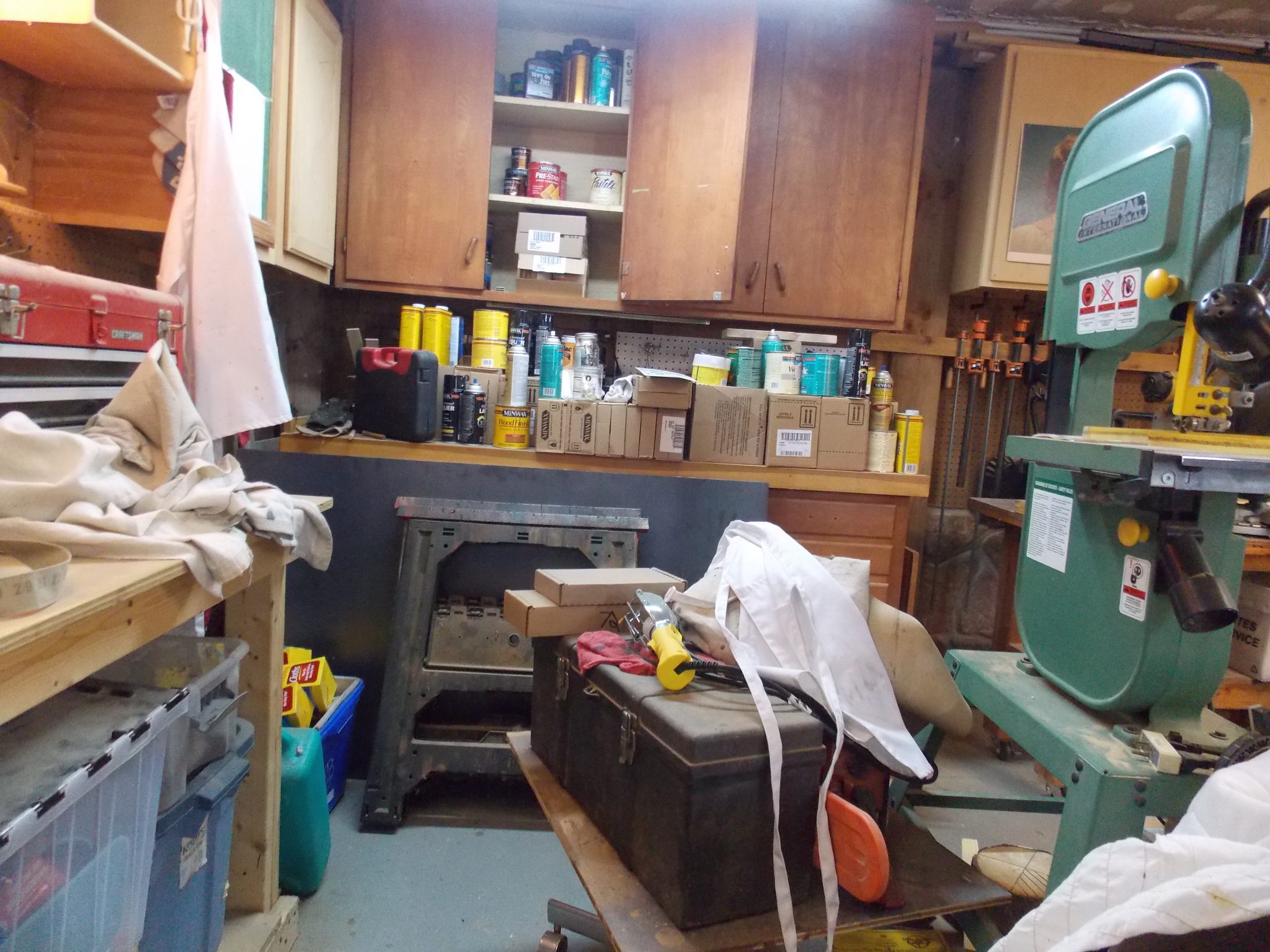 Number two, I needed to recognize that I wasn’t happy with my lack of organization in my workshop. Not because I depended on it for my living, for I gave up doing woodworking and refinishing projects for clients in 1985, but because it didn’t feel good going into a workshop on a rainy Saturday morning with tools strewn about, unfinished projects taking up valuable space, and the floor littered with sawdust and wood scraps.

And so I made Leigh Ann a proposal: if she designed it, I would build her a potting shed in our back yard. And I promised not to tell her how to organize it or ask to store any of my stuff in it. 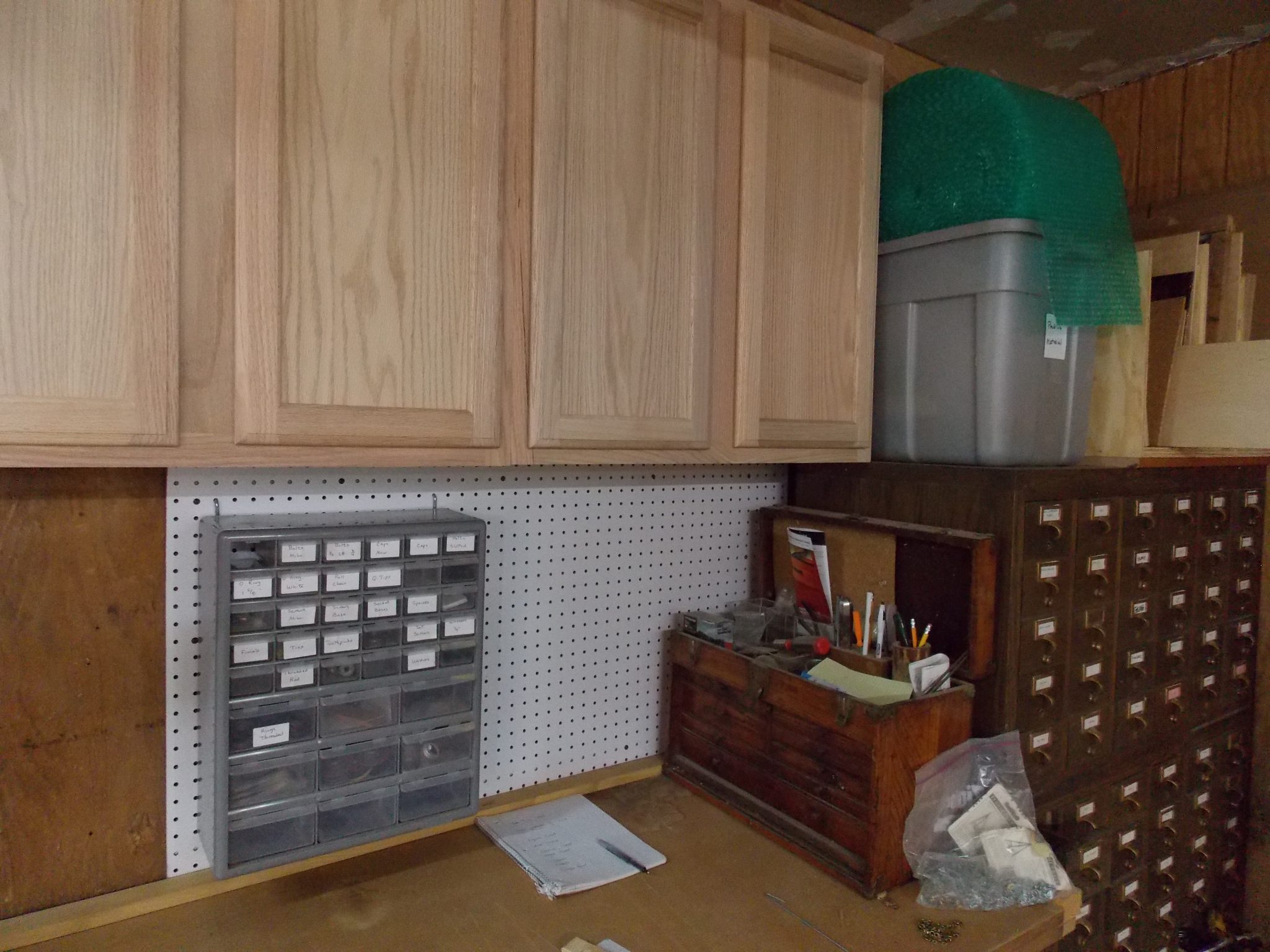 And I then made a deal with myself: I could buy a set of Lowe’s unfinished oak kitchen cabinets, both wall cabinets and base cabinets, if I promised to re-organize my entire woodshop, picking tools off dusty shelves, putting hardware, screws and bits in individual drawers and small plastic tubs, moving non-essential items to the barn, and turning my disheveled garage into a clean, organized workshop.

And so, while she is designing her potting shed, I have started reorganizing my workshop. Stay tuned for updates in the coming weeks.

If you wait until you have enough time, it will never get done. 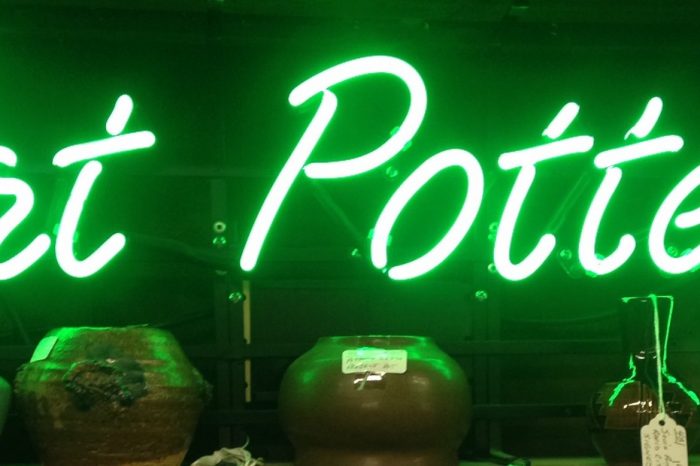