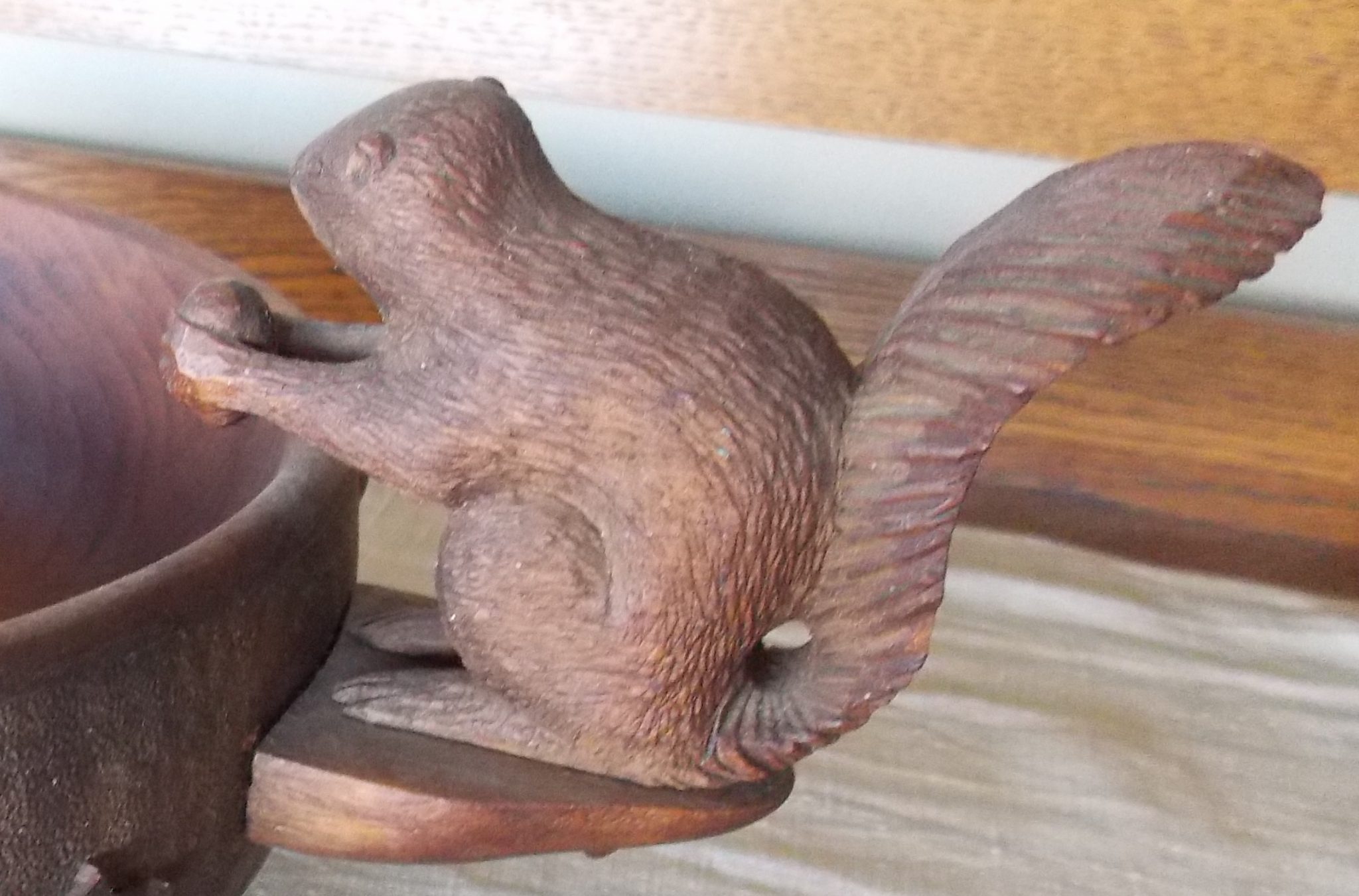 Mention Asheville and invariably either one of two names will come up: the 1895 Biltmore Estate or the 1913 Grove Park Inn. While the Biltmore House represents the opulence of the late Victorian age at its finest, and the Grove Park Inn stands as a mecca for Arts and Crafts enthusiasts, their histories are intertwined when the subject of Biltmore Industries emerges. 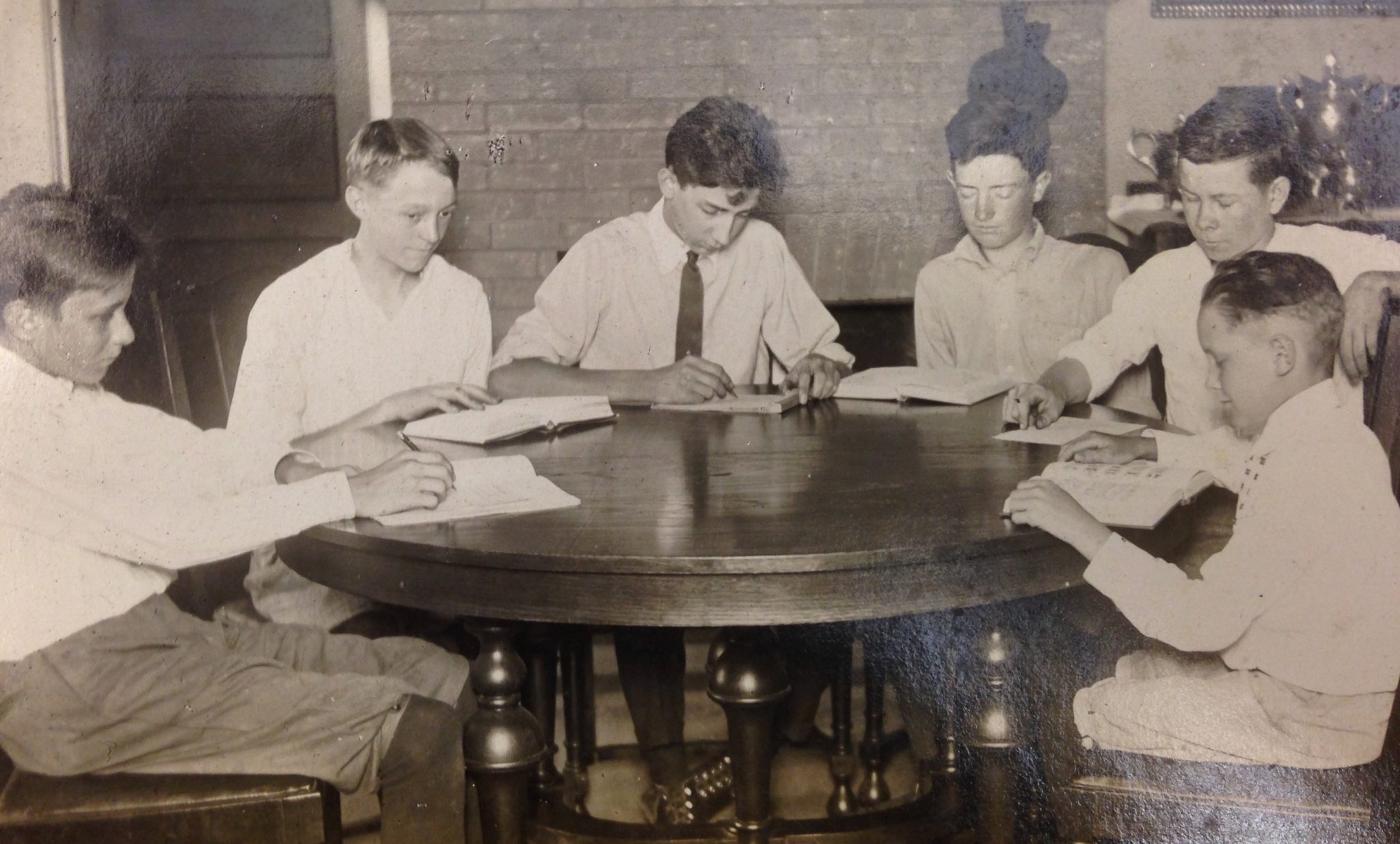 In 1905, George and Edith Vanderbilt, owners of the 140,000-acre Biltmore Estate and the 250-room Biltmore House, agreed to finance a fledgling Arts and Crafts cottage industry called Biltmore Estate Industries. Led by teachers Eleanor Vance and Charlotte Yale, Biltmore Estate Industries was formed to provide area young men and women with valuable training and marketable skills in woodworking, woodcarving, needlepoint and weaving, as well as Bible study, as seen in this picture.

Inspired by the Arts and Crafts movement, Biltmore Estate Industries grew in popularity, achieving national recognition at exhibitions in Jamestown, Knoxville and San Francisco. But the sudden death of George Vanderbilt in 1914, the departure of Vance and Yale in 1915, and a disastrous flood in 1916 nearly overwhelmed Edith Vanderbilt. In 1917 she accepted Fred Seely’s offer to purchase Biltmore Estate Industries and move it to the Grove Park Inn. 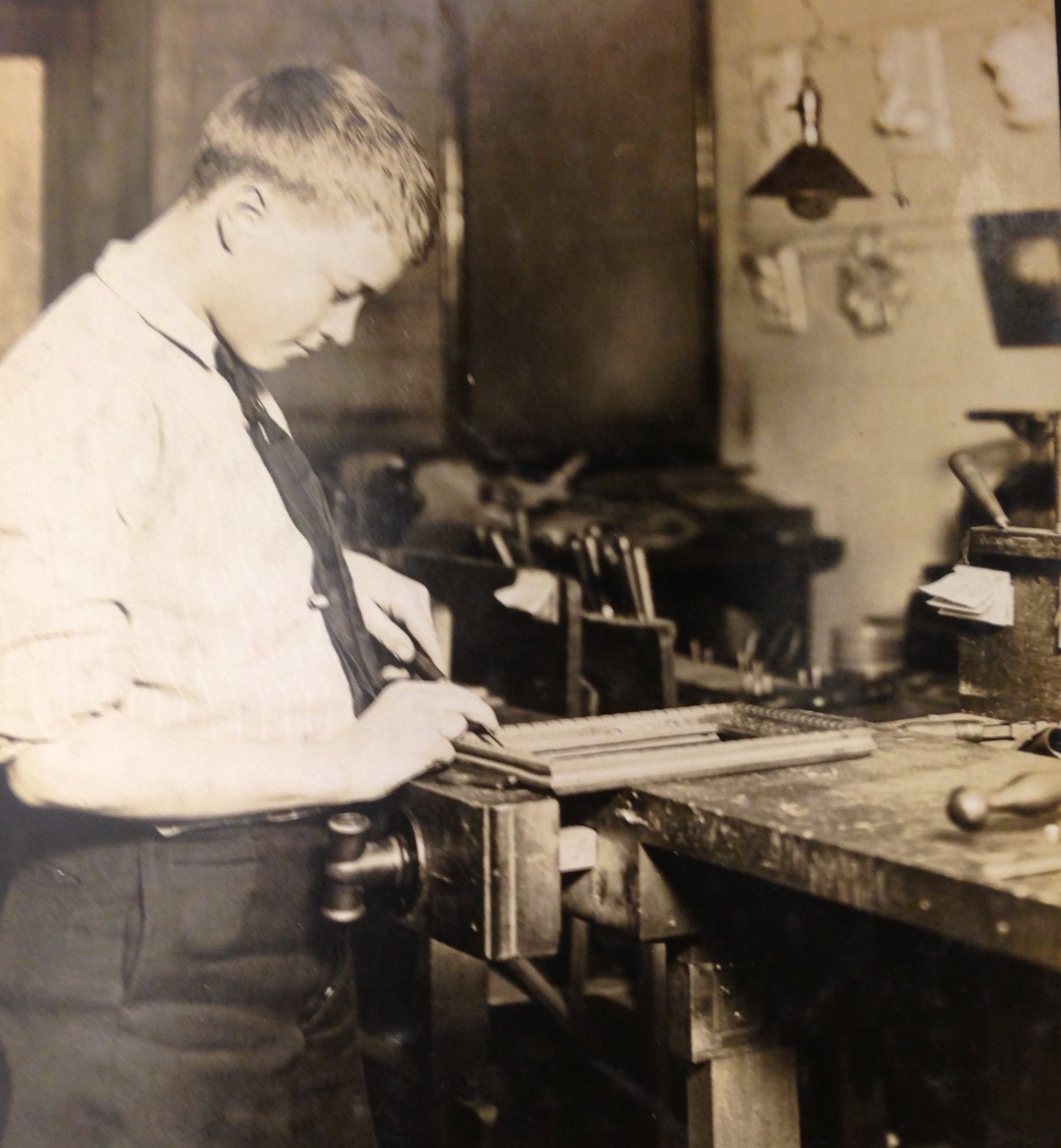 Fred Seely had designed, furnished and managed the 1913 Grove Park Inn for his father-in-law E. W. Grove. As a friend of Elbert Hubbard, Seely had turned to the Roycrofters for much of the furniture and lighting fixtures for the original 150-room resort hotel on Sunset Mountain. It seemed a natural fit, then, for Fred Seely to manage Biltmore Industries (he dropped the word “Estate”) in five Arts and Crafts workshops he had built beside the Grove Park Inn starting in 1917.

Last Saturday, then, the Grovewood Gallery, located in one of the original buildings, celebrated the 100th anniversary of Biltmore Industries’ opening on the grounds of the Grove Park Inn. The staff had asked me to address the curious crowd on the history of Biltmore Industries, which I was more than glad to do. I have been collecting the Industries’ carved bowls, bookends, trays, picture frames and hearth brushes for several years, but more recently I have been researching the lives of their founders, Charlotte Yale and Eleanor Vance, pictured below with George Vanderbilt’s dog Cedric. 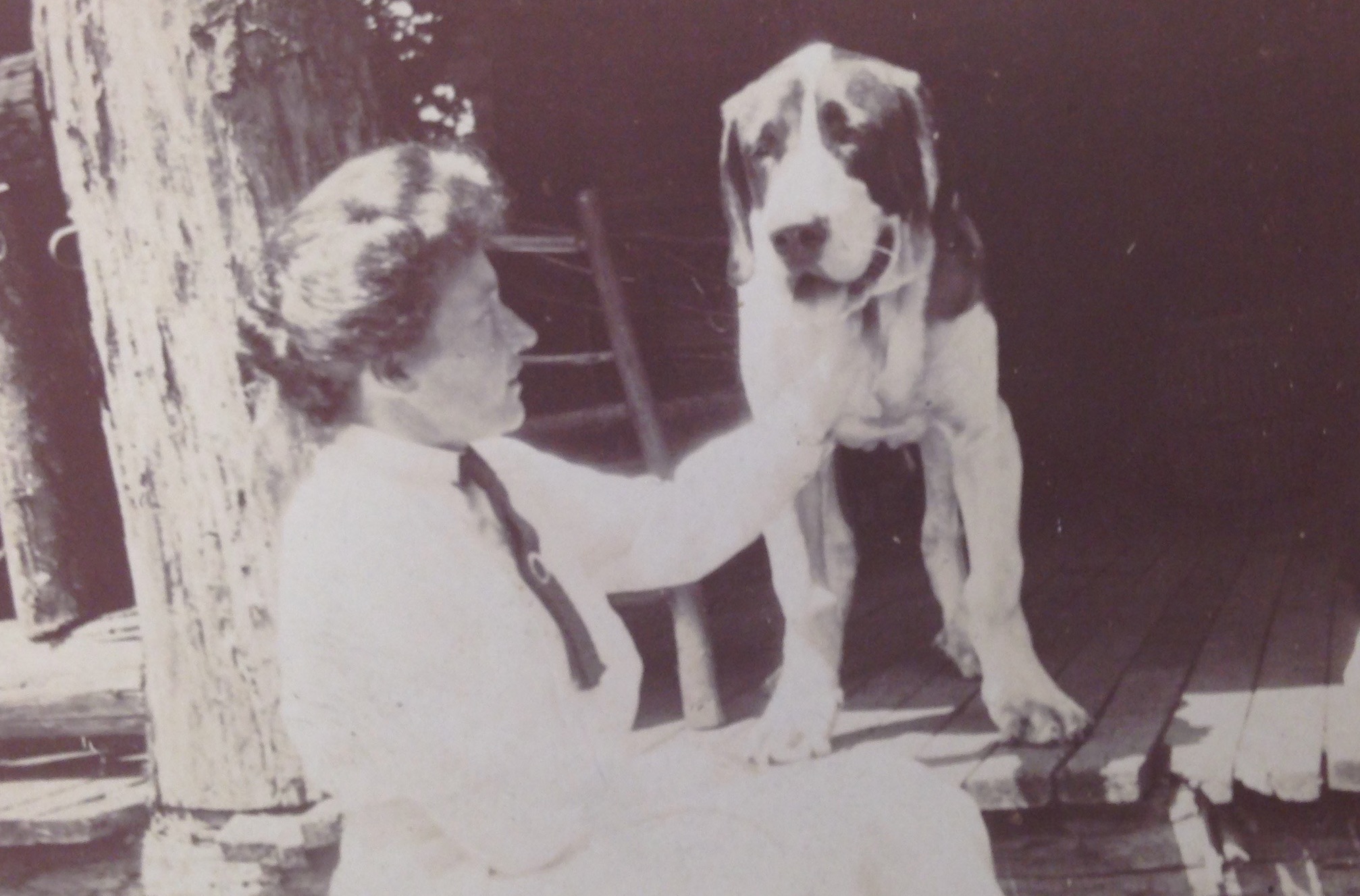 Modest and shy, these two lifelong companions arrived in Asheville as 30-year-old tourists, who then decided to make it their home. Their artistic training in woodcarving, weaving and pottery attracted the attention of Edith Vanderbilt, who in 1905 became the patron of Biltmore Estate Industries, which grew out of the woodcarving classes Vance and Yale had been teaching for the parish boys.

Given the room I was to be in and the subject matter, I decided not to use Power Point, but instead came with a box brimming with examples of Biltmore Industries’ work. As I explored the background of Vance and Yale, and the history of Biltmore Industries and the influence it had over the region, I handed out pieces from my box, letting them handle each one, admire the depth and design of the carvings, and memorize the shopmarks branded in the bottom of each one.

And we all had a great time, leaving, as I always do, with a greater appreciation for what two unsung teachers, Eleanor Vance and Charlotte Yale, had done to further the Arts and Crafts ideals and to better the lives of those they taught.

We learn best that which we teach.