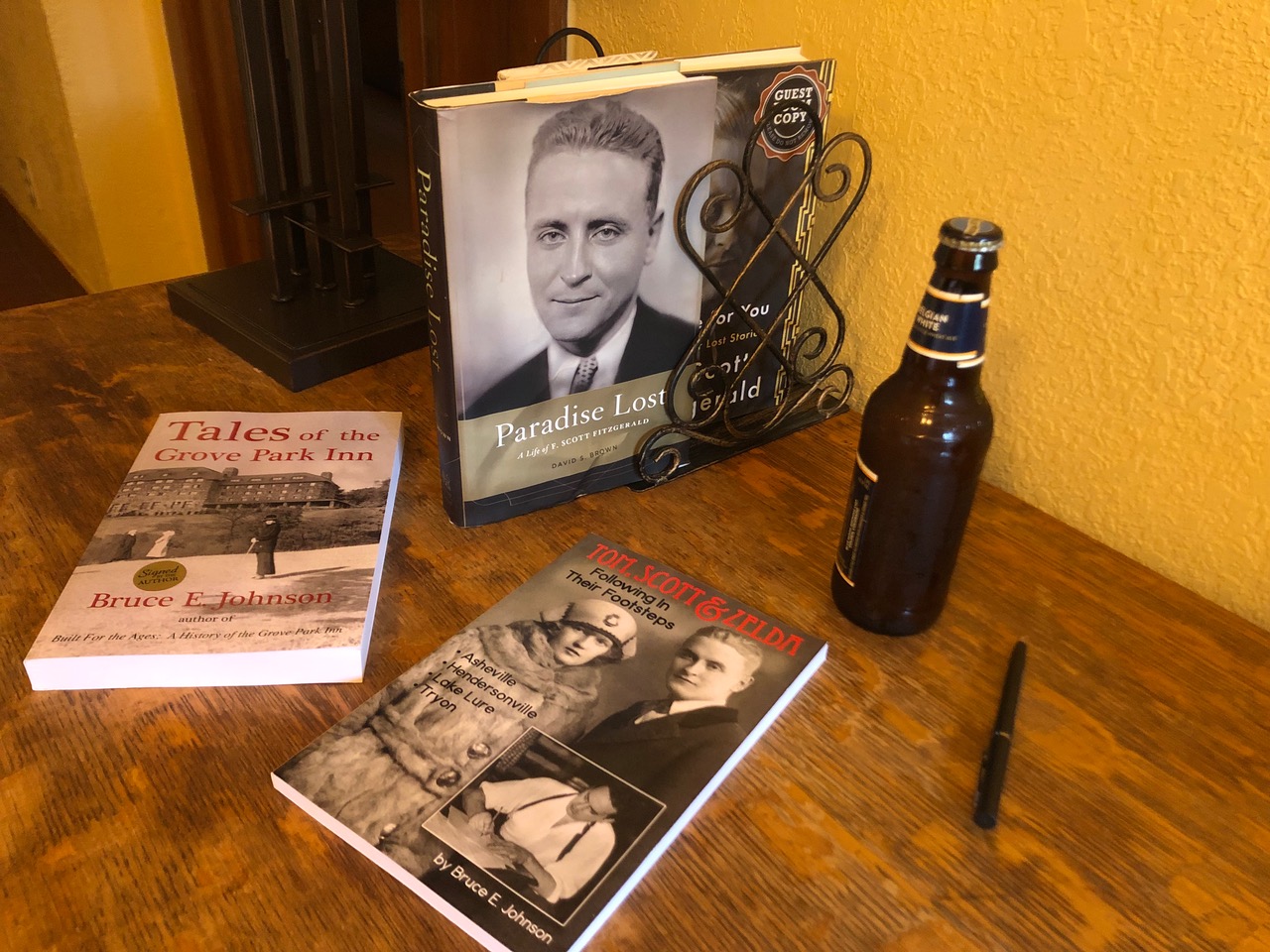 Editor’s note: this article has been republished. Original date of publication: June 27th, 2021.

Several years ago I published a column entitled “Having a Drink with Gus,” written after I had spent a few hours in a Manhattan bar which had once been the Craftsman Building, a grand showroom for Gustav Stickley’s Arts and Crafts businesses. 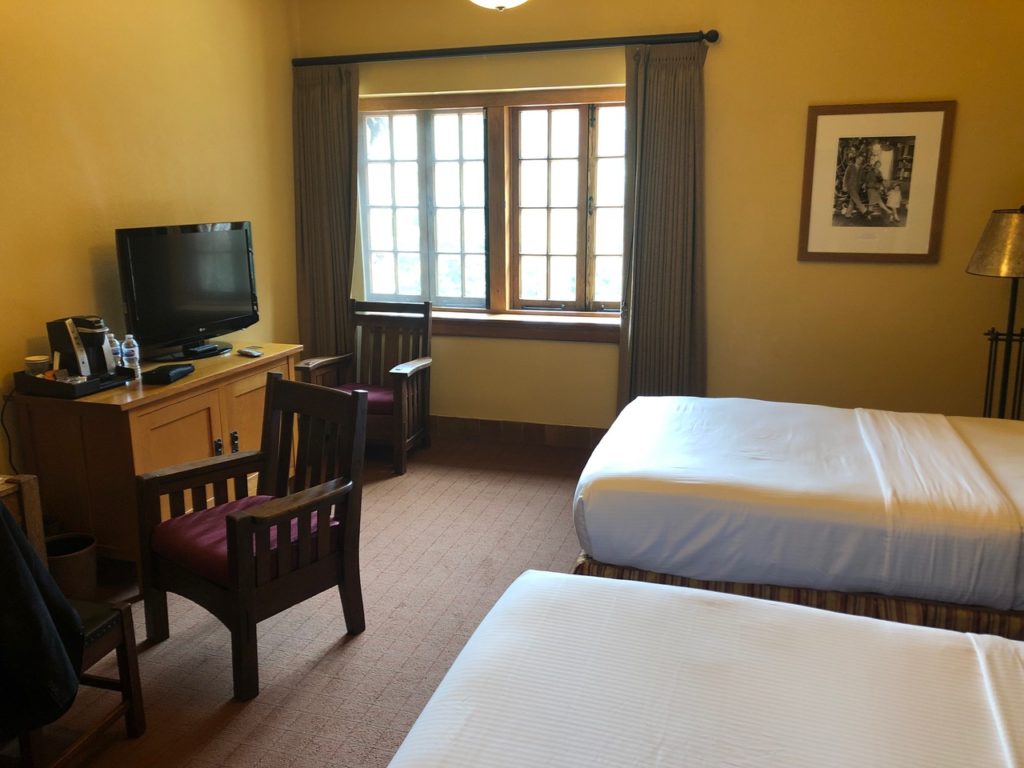 Today I am sitting alone in room 441 at the historic 1913 Grove Park Inn overlooking Asheville, a room made famous by its resident guest in 1935 and 1936 – Francis Scott Fitzgerald. This afternoon I’ll be interviewed by members of the F. Scott Fitzgerald Society, who are assembling a series of recorded Zoom interviews in various places where Fitzgerald lived or worked.

Conducting the interview here in room 441 had been my idea, one which the staff at the famed resort hotel was kind enough to accommodate. The room still functions as a nightly guest room, but appears much as it would have in the 1930s, with a few necessary updates.

Fitzgerald arrived at the Grove Park Inn on May 16, 1935, anxious to revive his stalled literary career as America’s most popular short story writer. While today he is best known for his novel “The Great Gatsby,” it – like nearly all four of his novels – had been a disappointment when it was published in 1925. Today it is often included among the Top Ten Novels of the Twentieth Century, but in 1935 you couldn’t have found a copy in nearly any bookstore or public library.

At age 39, Scott arrived here depressed, in debt, and an alcoholic. I suspect the first thing he would have done that afternoon was to order a couple of beers sent up to his room. He spent much of each day drinking and looking out the window over the tiled piazza below, observing each of the arriving guests as they stepped out of their vehicles.

He was hoping to discover fresh inspiration here, but instead Scott began encouraging the advances of a young married woman enamored by the presence of the famous writer. They became embroiled in a disastrous love affair here in room 441, word of which leaked back to her husband in Tennessee, which sent Scott into hiding at another Asheville hotel until the wounded couple had left town.

Scott devoted much of each day writing letters from room 441, assuring friends he was on the mend and no longer drinking. Of course, to Scott being on the wagon simply meant no hard liquor. Instead, he started each work day with a pot of black coffee, but by noon had switched over to beer “to heighten his emotions” while developing his characters. Bellmen and visitors reported that he would hide his empty bottles in the closet, often downing more than a dozen beers a day. 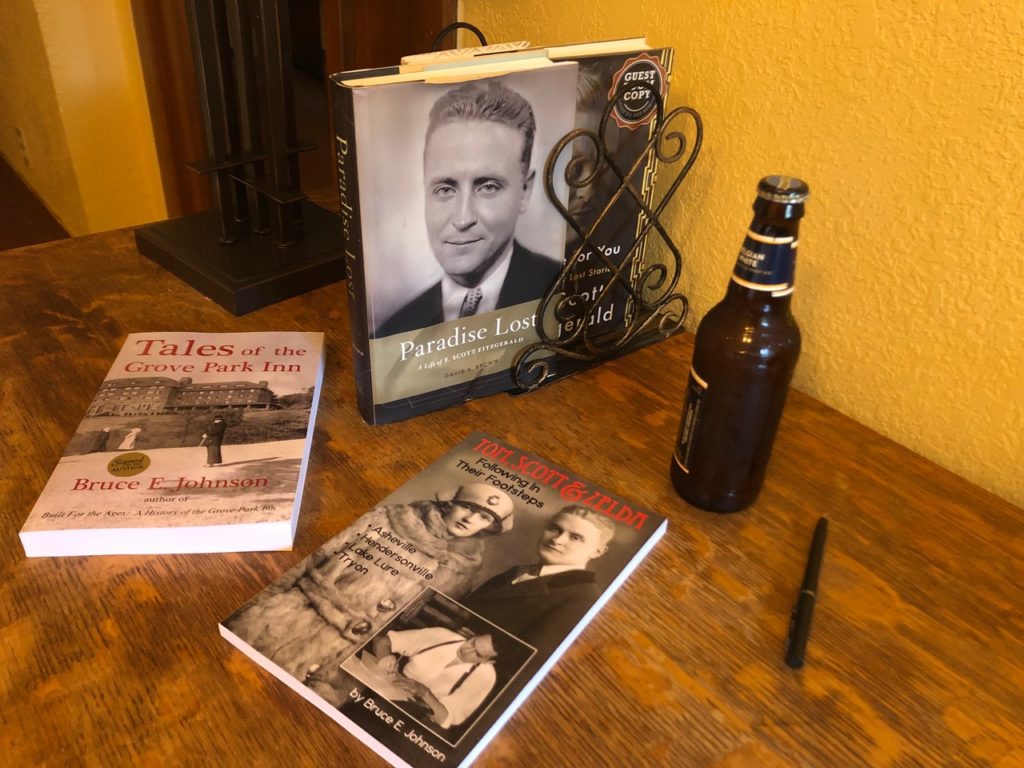 When I arrived at the Grove Park Inn today, I asked for a bottle of beer at the Great Hall bar, thinking that after our interview had concluded I would drink a toast to Fitz. Afterwards, I could not help but take a few additional moments to imagine what Scott’s time here in this room in 1935 and 1936 must have been like, especially knowing that Zelda was living in a mental hospital just a mile away, and that to a large degree he had been the one responsible for her deterioration and his own.

As I did, my desire to savor that cold beer slowly slipped away.

“So we beat on, boats against the current, borne back ceaselessly into the past.” – The Great Gatsby 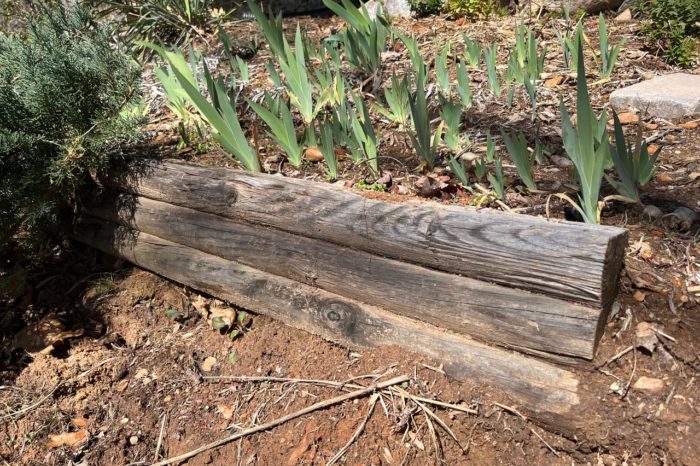