When I was a senior in high school, Tom Smith, my English instructor, pulled three of us aside and gave us our choice of three term paper topics: William Faulkner, Ernest Hemingway, or F. Scott Fitzgerald. 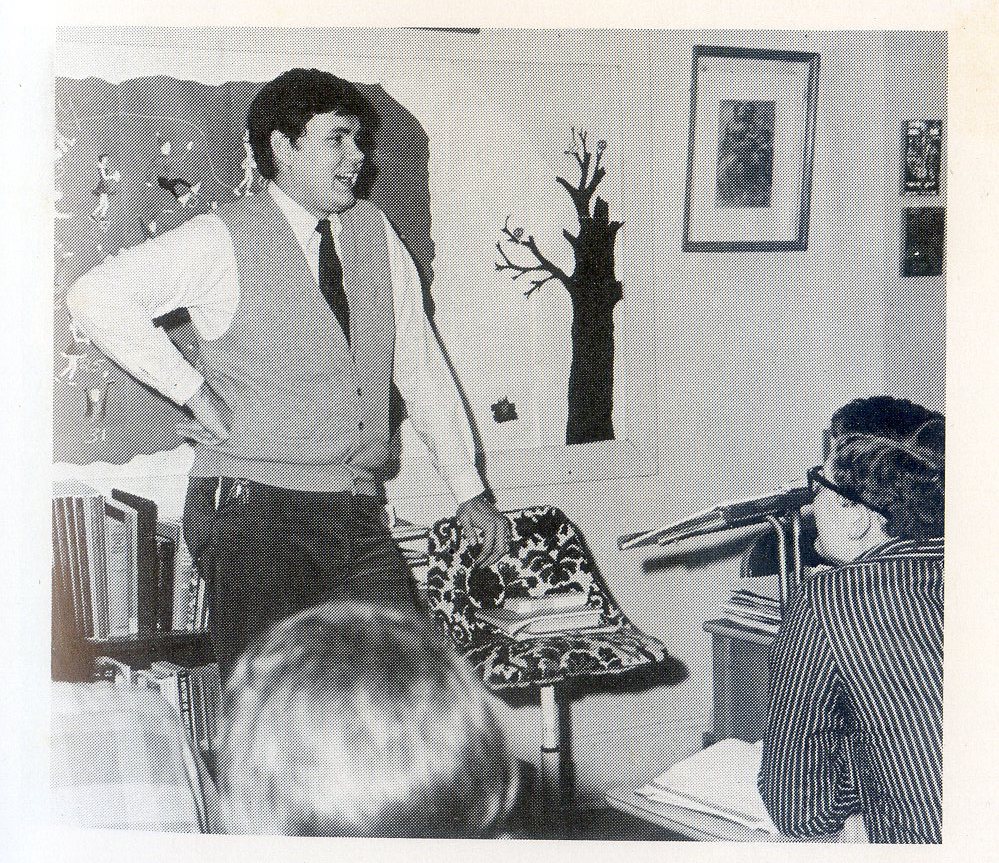 Faulkner mystified me, Hemingway overwhelmed me, and so I was left with the tragically poetic Fitzgerald. Years later, as I began writing about the Grove Park Inn where Fitzgerald lived from 1935 through 1936, that seemed to have been a case of literary foreshadowing. I’ve since understood Fitzgerald’s longing for literary recognition and seen first-hand how the Grove Park Inn was able to serve as his fortress from reality.

I’ve also since walked where Faulkner lived in Oxford, Mississippi, and dove headfirst into his novels set in his fictional Yoknapatawpha County. But, I must admit, I still feel mystified by him. 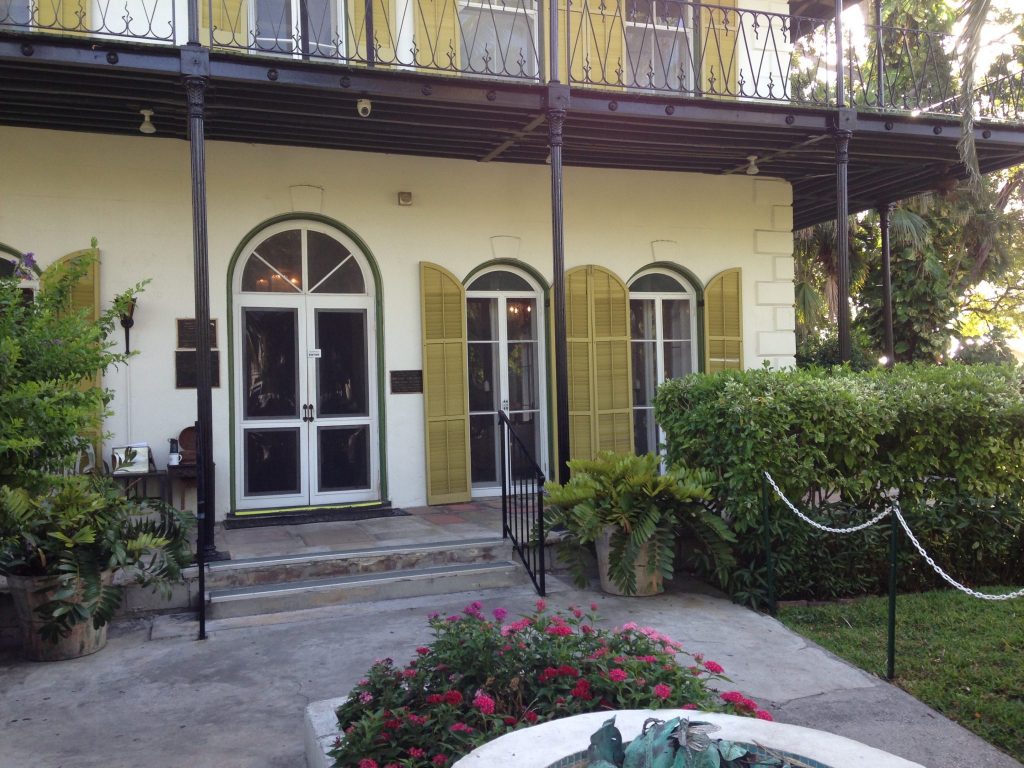 More recently I returned to Key West, Florida, and was again drawn to Ernest Hemingway’s home, where he lived from 1931 until 1939. At the rear of the one-acre property, Hemingway furnished a small apartment above the garage as his writing studio, where he completed “The Snows of Kilimanjaro,” “The Short Happy Life of Francis Macomber,” and “To Have and Have Not.” 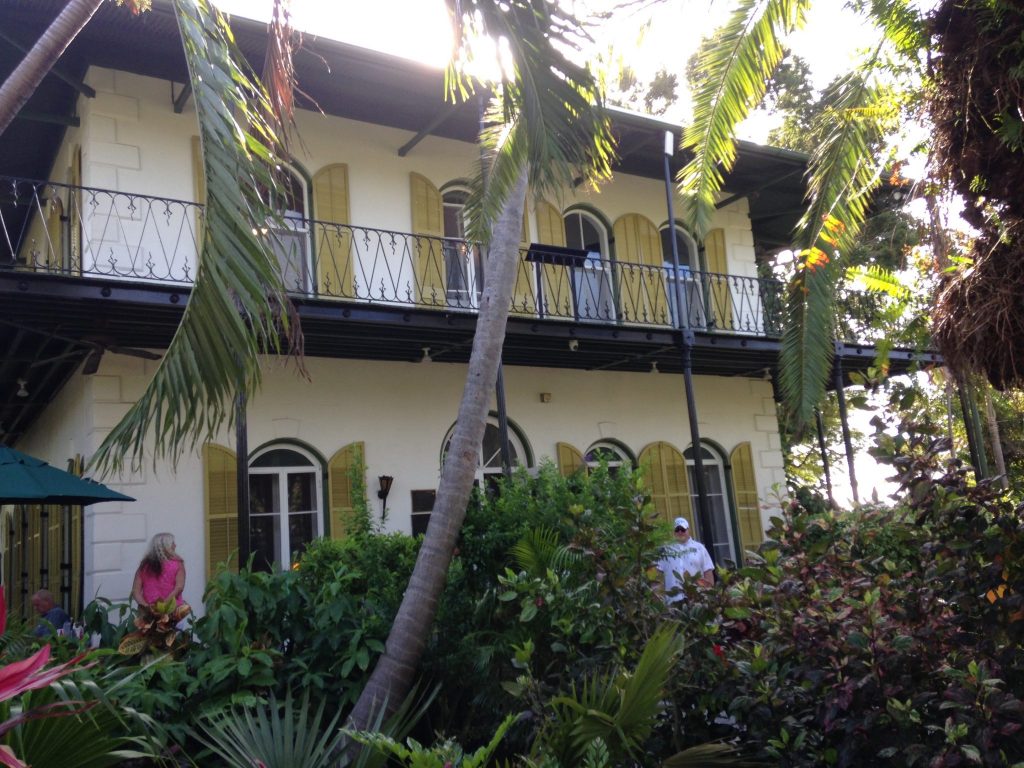 As I strolled around the grounds and wandered through the house, all paid for by his second wife Pauline, I could not help but think of F. Scott Fitzgerald’s jealous admonition of his literary friend and rival, charging that whenever Hemingway needed both money and the inspiration for his next novel, he took a new – rich — wife.

And he was right.

If you ask anyone who has been to Key West, they undoubtedly will have toured Hemingway’s home, as it is a well-publicized tourist attraction, even for those who never read “For Whom the Bell Tolls.” 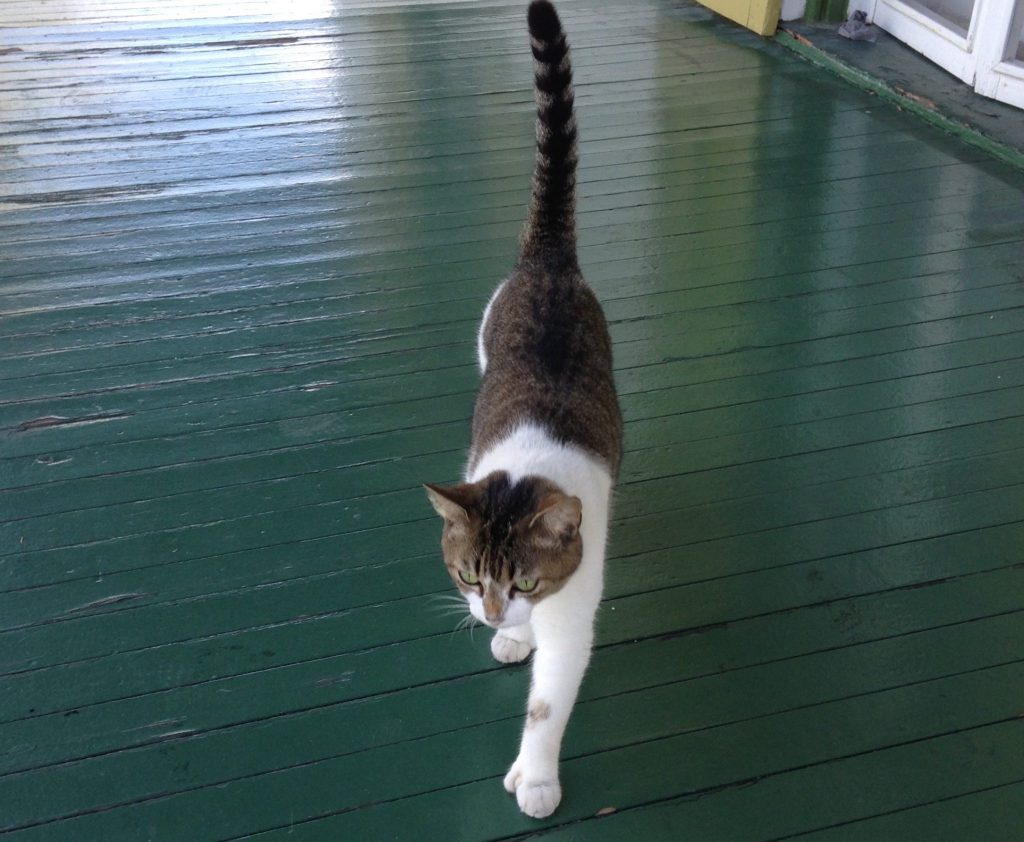 But ask them what they recall, and the response will be universal: the six-toed cats.

Ironically, despite Hemingway’s macho personality and his penchant for stalking lions and reeling in giant swordfish, in the privacy of his Key West home Hemingway loved to settle into a chair and welcome one of his favorite six-toed cats onto his lap.

Today the house is a well-preserved historic attraction, along with several well-protected cats descended from Hemingway’s original line. One staffer, in fact, rode out Hurricane Irma last summer just to make sure all 54 cats survived. 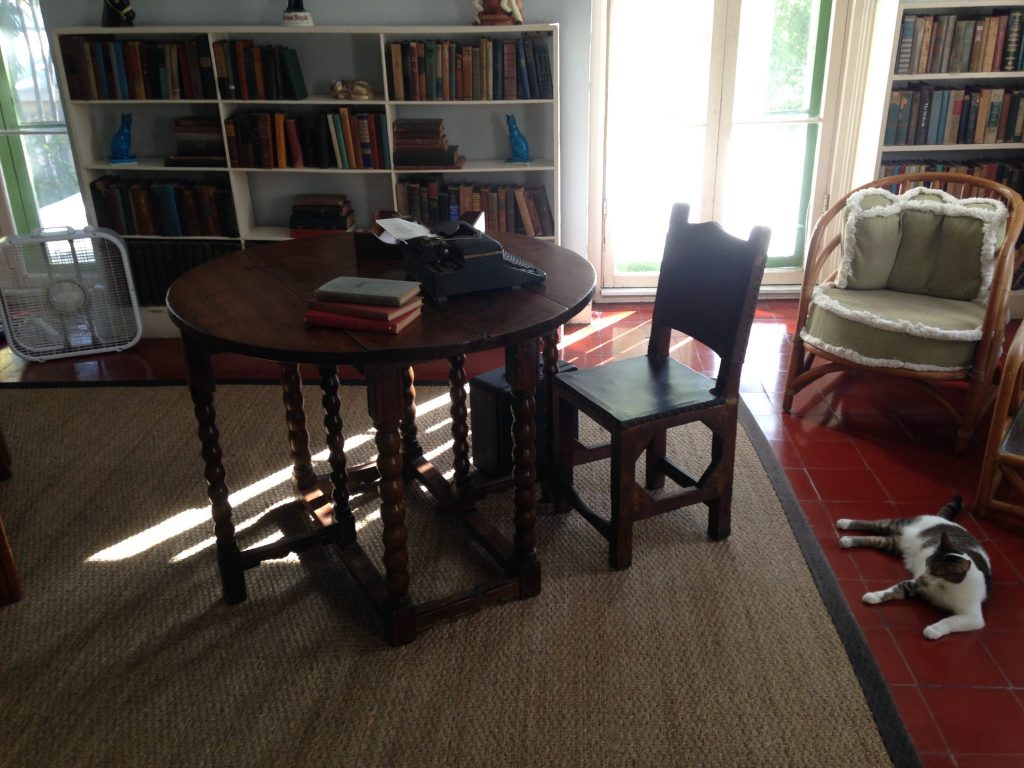 They did, along with the house, the studio, and the palm trees shading the back yard, making Key West a destination you should consider, especially if you tire easily of cold, winter weather.

“Never go on trips with anyone you do not love.” – Ernest Hemingway

“There is nothing to writing. All you do is sit down at a typewriter and bleed.” – Ernest Hemingway

Photo of Ernest Hemingway and his cat courtesy of OpenCulture.com. 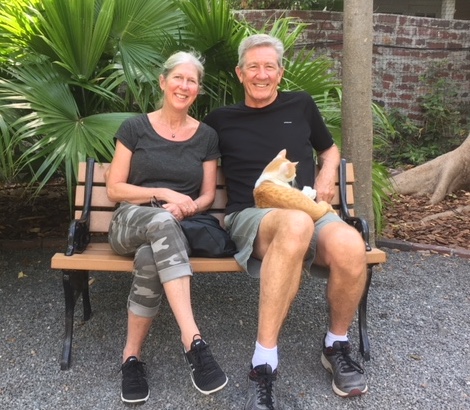 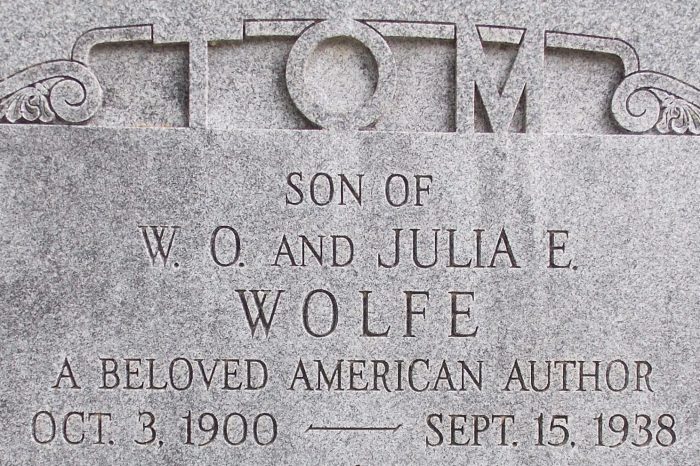