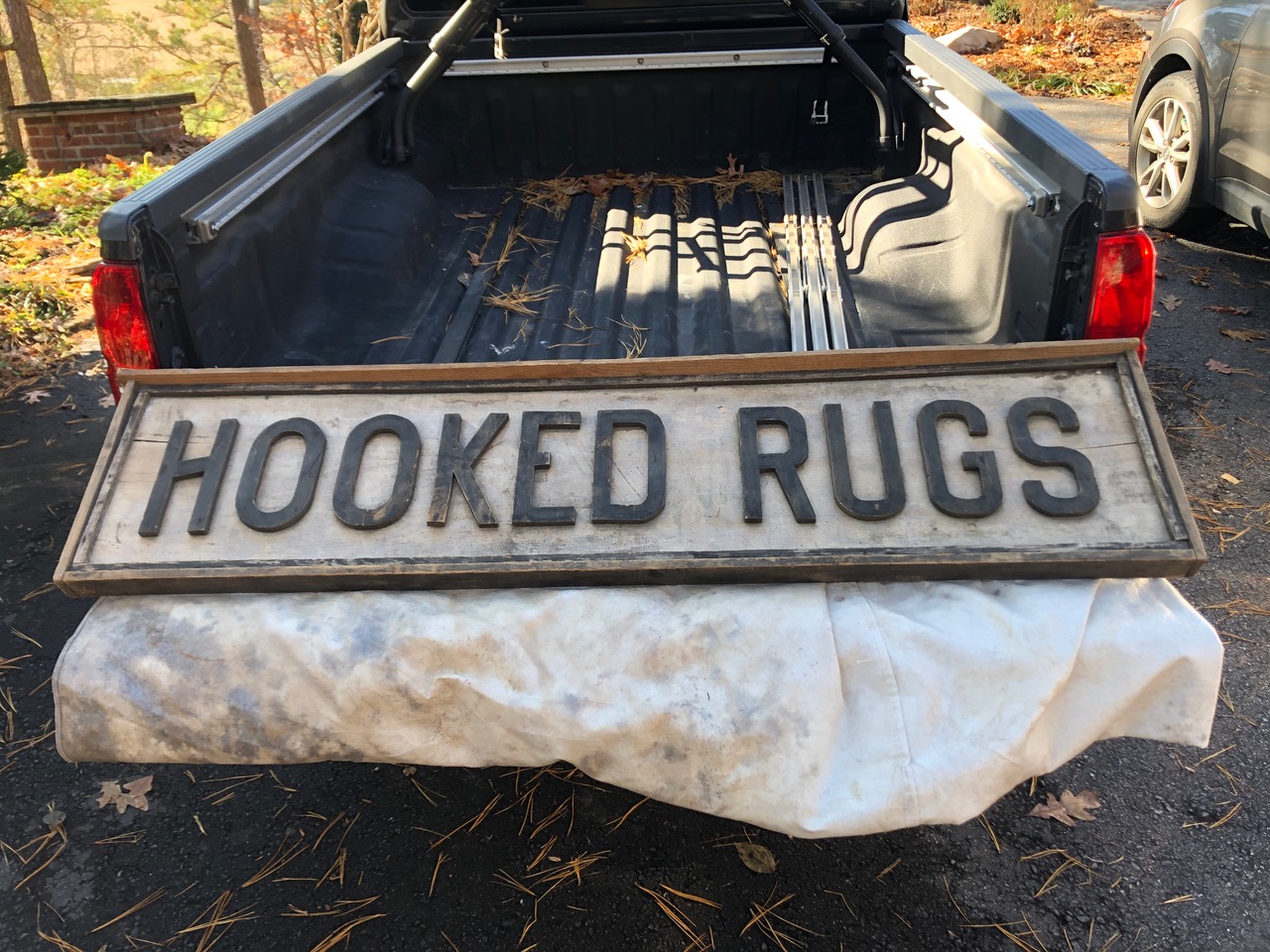 I grew up in a house of collectibles, as my mother collected antique bells, buttons, tea-leaf china, figurines, and thimbles, among other things. But she was not a hoarder, in the negative sense of the word. Her collections were always carefully managed and thoughtfully displayed throughout our large 1919 four-square house.

She just never got rid of any of them. 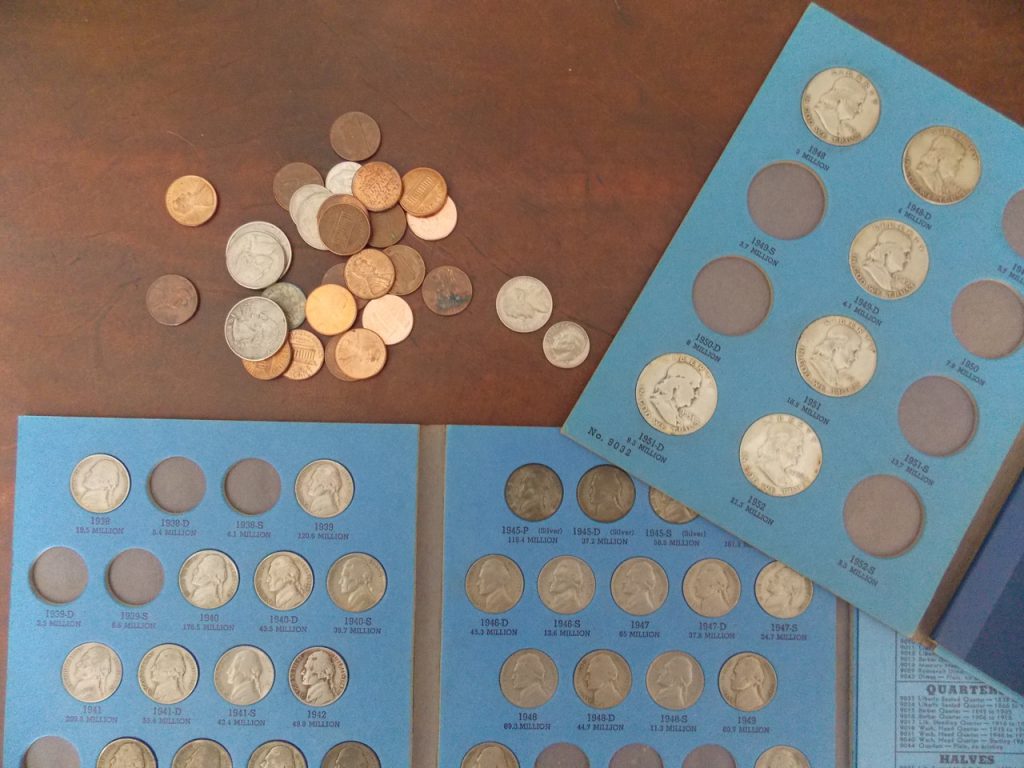 Like many boys of my era, I began collecting baseball cards, but my mother soon channeled my collecting energy into coins. I culled most of them from my afternoon paper route and pressed them into the empty slots in my blue Whitman coin folders: Lincoln pennies, Jefferson nickels, Roosevelt dimes, Washington quarters, and Franklin half dollars. 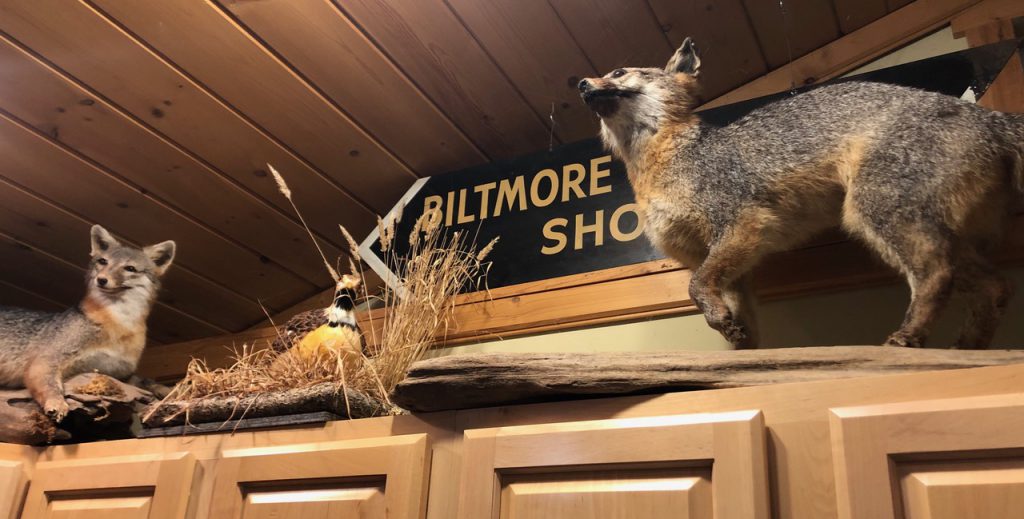 Rest assured, I am not a hunter, at least not with a gun. I rescued these neglected animals from antique shops, flea markets, yard sales, and dark attics — even a front porch. They now have a safe haven here in my office I built over our two-car, detached garage, as Leigh Ann laid down the law about bringing any of my adopted pets into our house.

More recently, they have had to share the air space in the cathedral ceiling of my office with my latest collectible: Arts and Crafts advertising signs. Last week I stopped by one of my local antiques shops which carries a wide variety of advertising memorabilia. There I spotted hanging from the ceiling a five-foot, hand-made “Hooked Rugs” sign dating back to the 1920s. Turns out the sign was made for a woman who once lived just a few miles from me. She hand-made hooked rugs in her home, then sold them from a roadside stand to tourists driving along Highway 74 between Asheville and Lake Lure. Her descendants had long since disposed of the last of her hooked rugs, but found her original sign shoved into one corner of their garage. 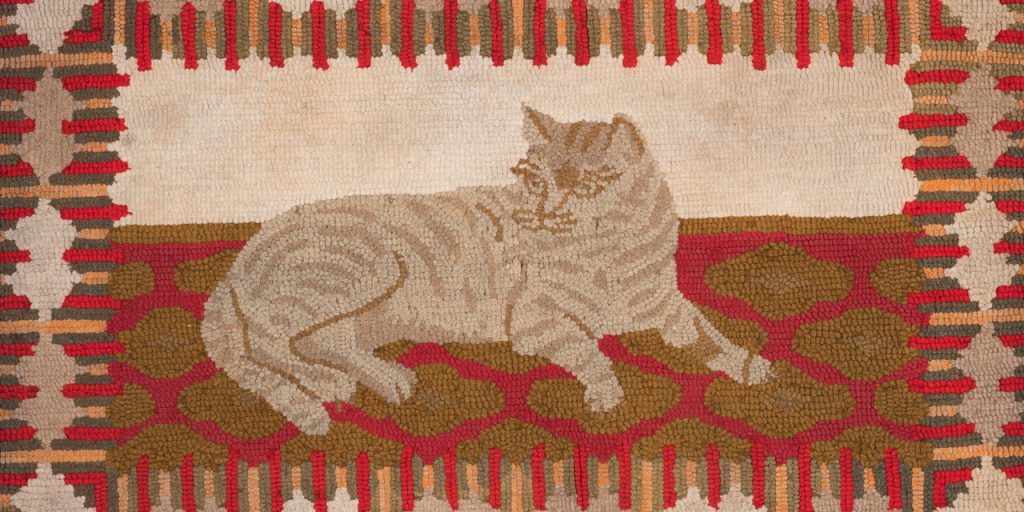 The craft of hooking rugs dates back centuries, but enjoyed an increase in popularity during the Arts and Crafts era. The technique does not require any machinery, as the maker uses a hook similar to a crochet hook to pull either yarn or strips of fabric up through a loose-weave backing material, such as burlap or linen, to create a decorative pattern. Most were intended to be used on floors, but more elaborate creations were often displayed on walls. 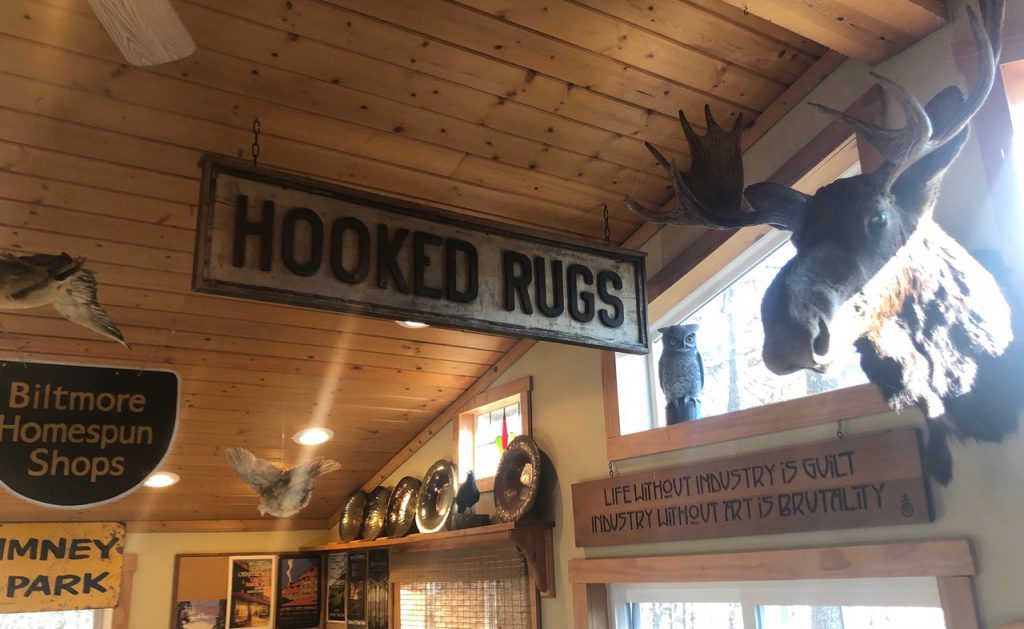 With two eye-hooks already in the top of the sign, all I needed was my stepladder, a few links of chain, and an empty spot in my ceiling large enough for a five-foot sign. Standing back to admire it, the thought occurred to me: I now have to start scouring my local shops for a great Arts and Crafts hooked rug to hang on a nearby wall.

“I love you because you love the things I love.” – Elbert Hubbard

(Photo of hooked rug courtesy of the Shelburne Museum in Shelburne, VT. www.ShelburneMuseum.org.) 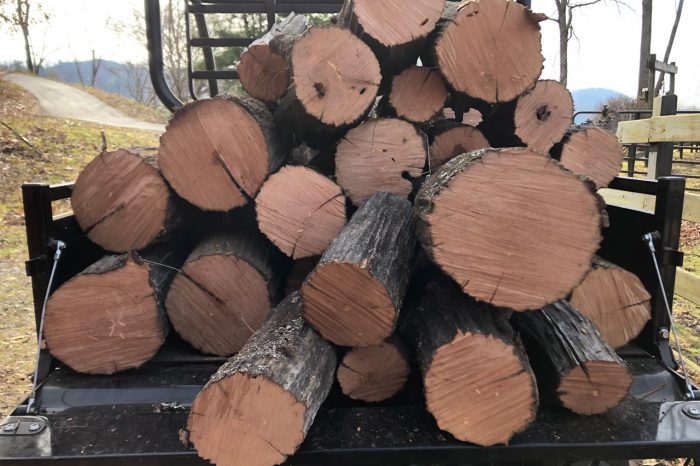