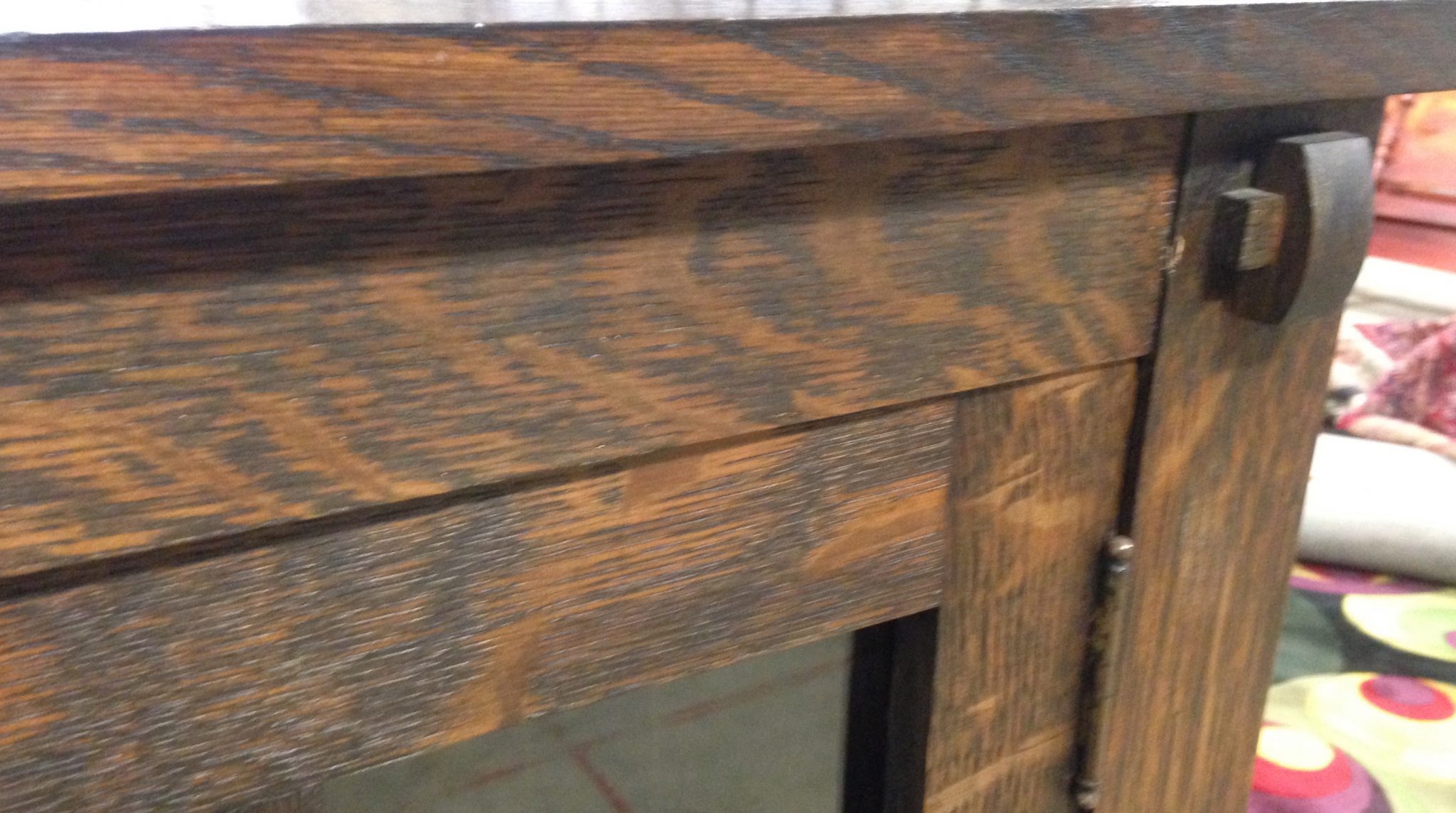 And in this case, it wasn’t. 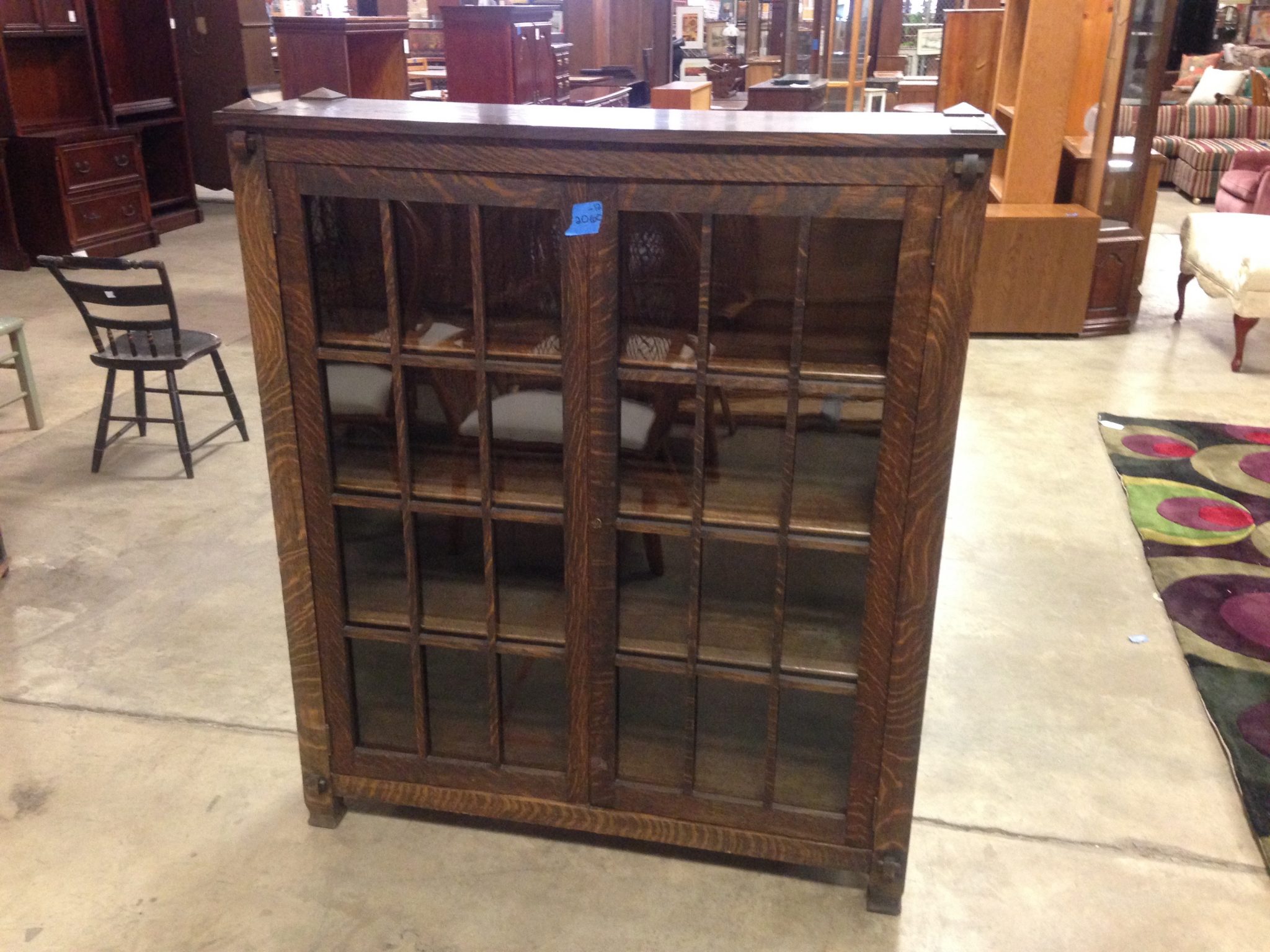 My good friend Jim Wilson alerted me to an Arts and Crafts bookcase in an Asheville thrift shop last week, just a few days after the Arts and Crafts Conference. He knew it wasn’t a Stickley, but it had good proportions, an original finish, and was in very good condition, so it was definitely worth a look.

I drove over first thing the next morning and spotted the two-door bookcase from across the room. Of course, so had a few other people, including a young mother with a tiny baby strapped to her chest. Jim was right about the piece having “a good look” to it, but as I stood behind the young woman taking it all in, something about it just wasn’t right. 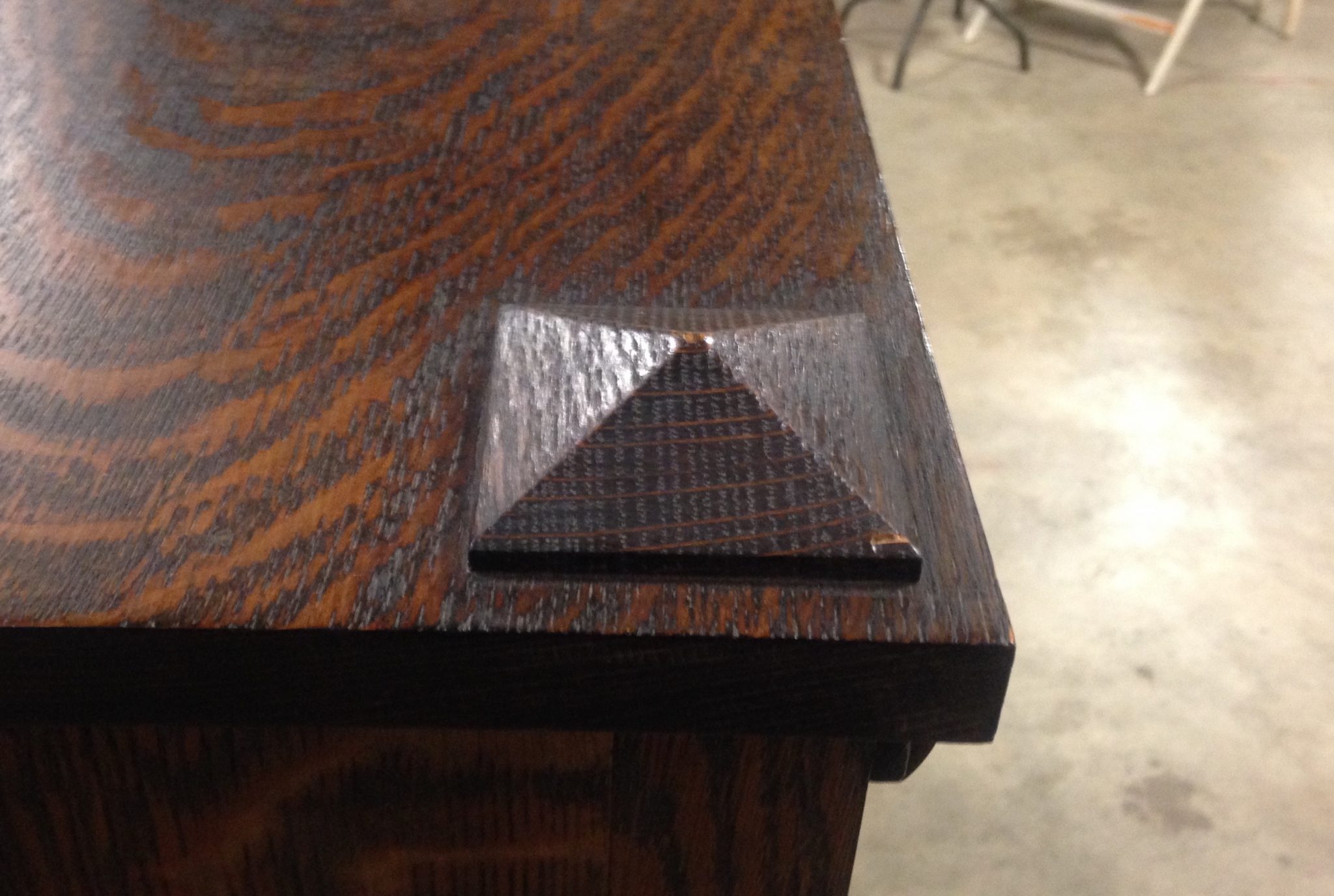 It looked too good to be true, as every square inch of wood appeared to be quartersawn oak with beautiful, wide wavy flakes of grain.

At least from fifteen feet away.

Once I had a chance, I slid closer to the bookcase, trying to determine what had set off the tiny alarm in my head. It took a few minutes, but then it became clear. I was looking at one of the finest examples of false graining I have ever seen.

Those beautiful medullary rays of oak were painted onto the wood so perfectly that you would have believed that each side was a single, twelve-inch wide quartersawn oak board.

And not even Gustav Stickley ever had one that wide.

A quick look inside the bookcase confirmed my suspicion, as I could see that the back side of those beautiful false-grained boards was neither quartersawn nor oak, but a lesser wood stained dark. 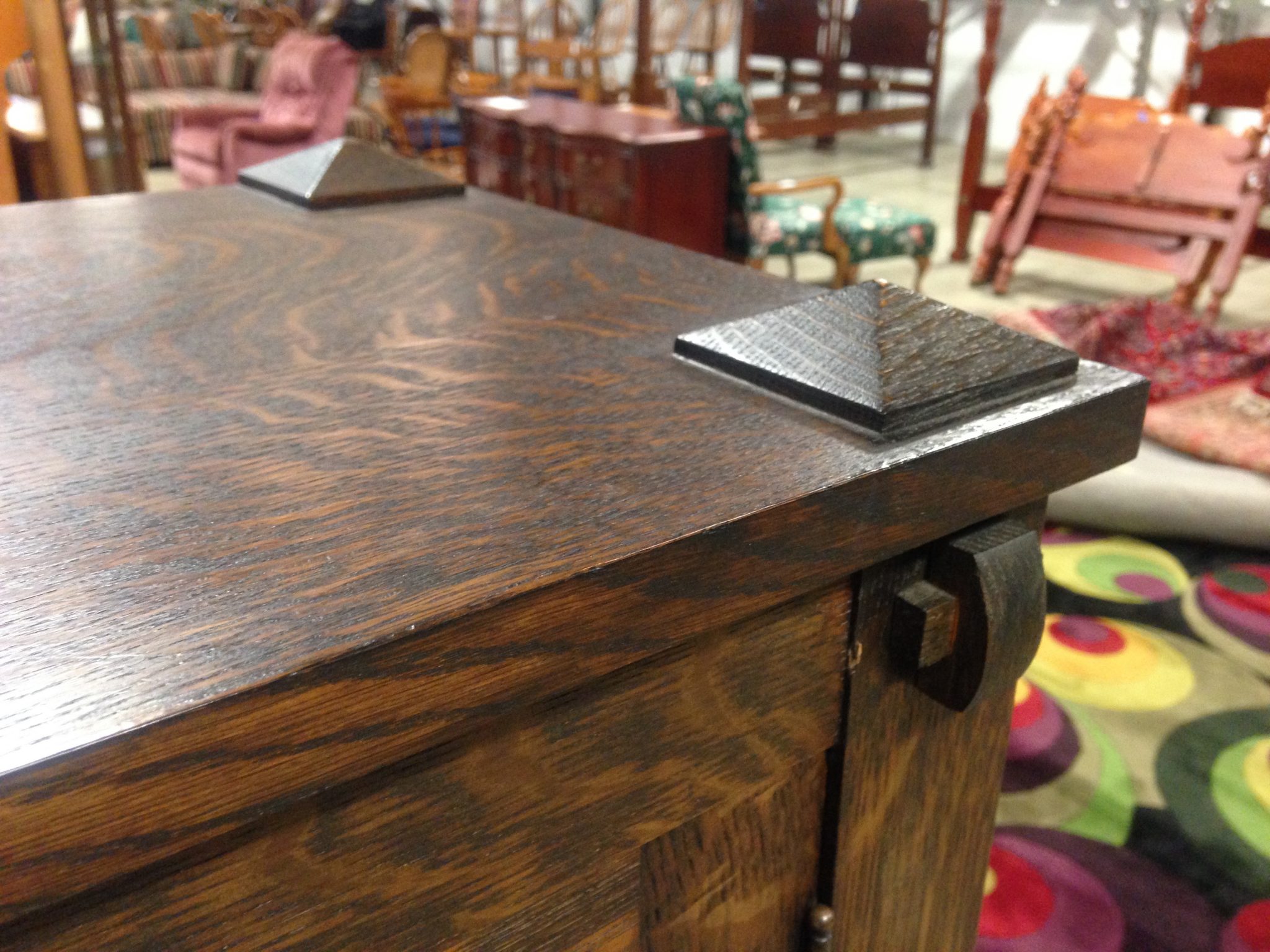 Once I realized the quartersawn graining was false, I began checking the exposed tenons on the front and top of the bookcase. Turns out they were false, too, attached with small brads hidden beneath a dab of wood filler.

As I backed away from the bookcase, the young woman with the baby said to me, “It’s beautiful, isn’t it?”

And I had to agree.

There’s something to be learned from every piece. 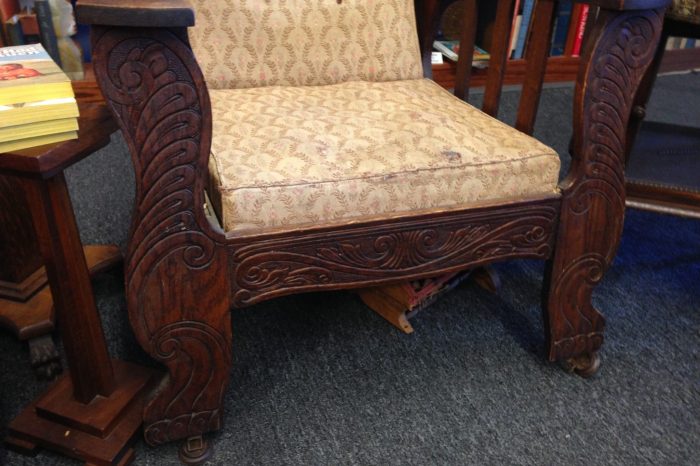