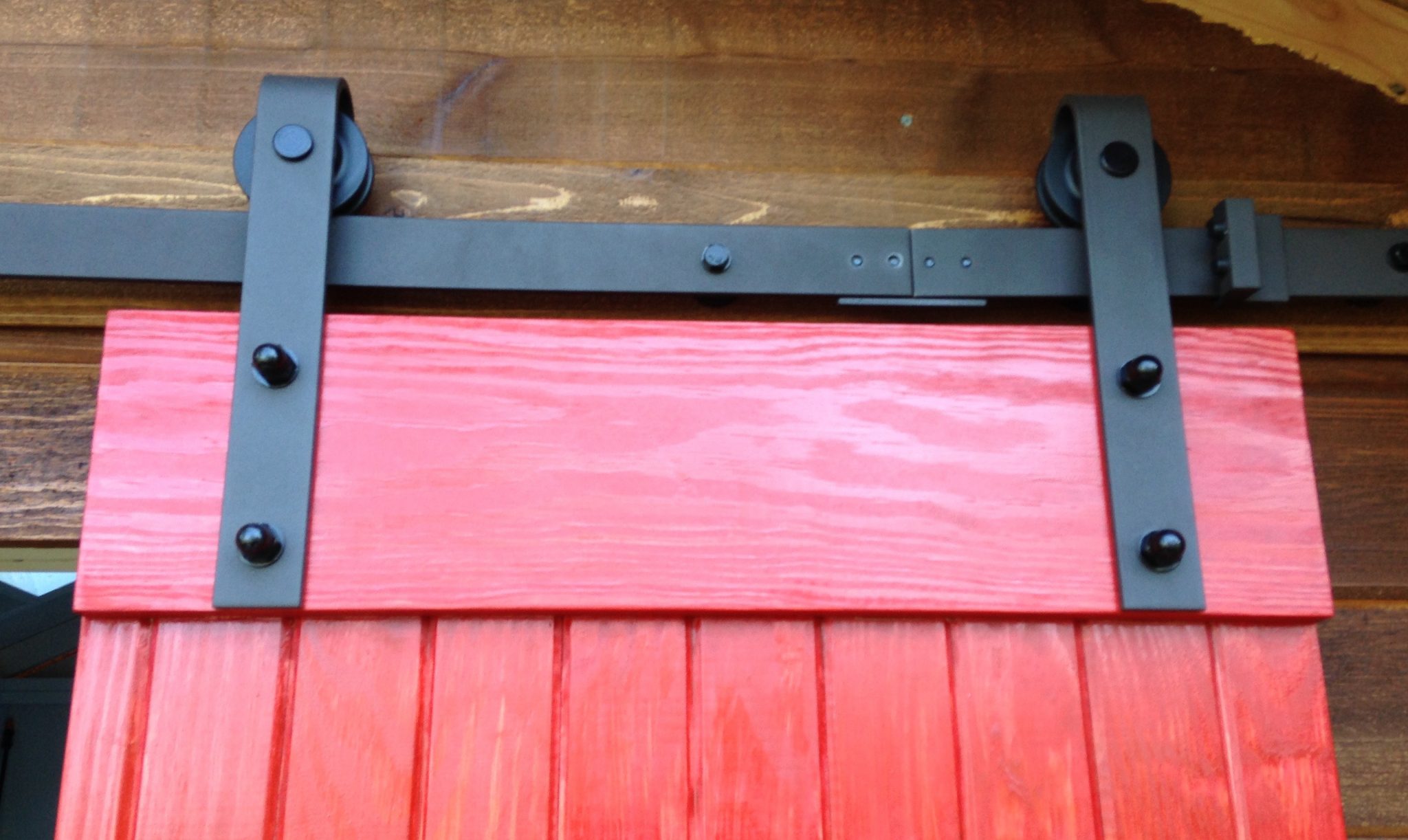 As you may recall from an earlier column, I have been building a garden shed for Leigh Ann on a small knoll behind our house. As Thoreau would have said, it’s a simple structure, just 8-feet wide and 12-feet long with 7-foot tall walls and an A-frame shingled roof. Leigh Ann picked the location and determined the size, but since then her greatest challenge has been reining me in. 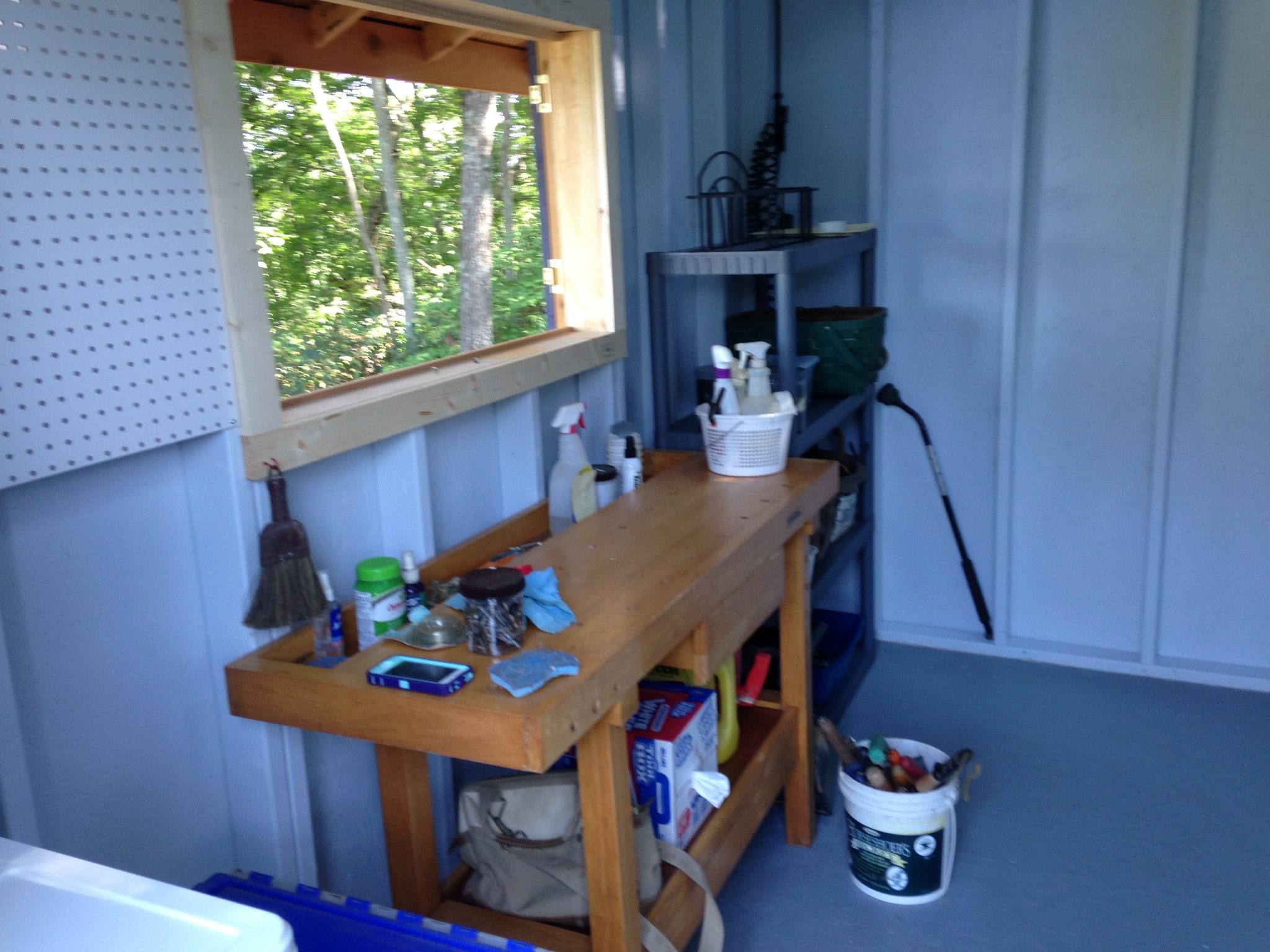 She vetoed my suggestion to lay tile over the plywood floor, but did let me install four skylights. She initially pushed back on my suggestion to run electricity to the garden shed for lights and outlets, but then realized some of her tools need battery chargers. At first she also rolled her eyes when I suggested that we should paint the interior, but ended up enjoying picking out the color (blue) and taking charge of the paint sprayer. 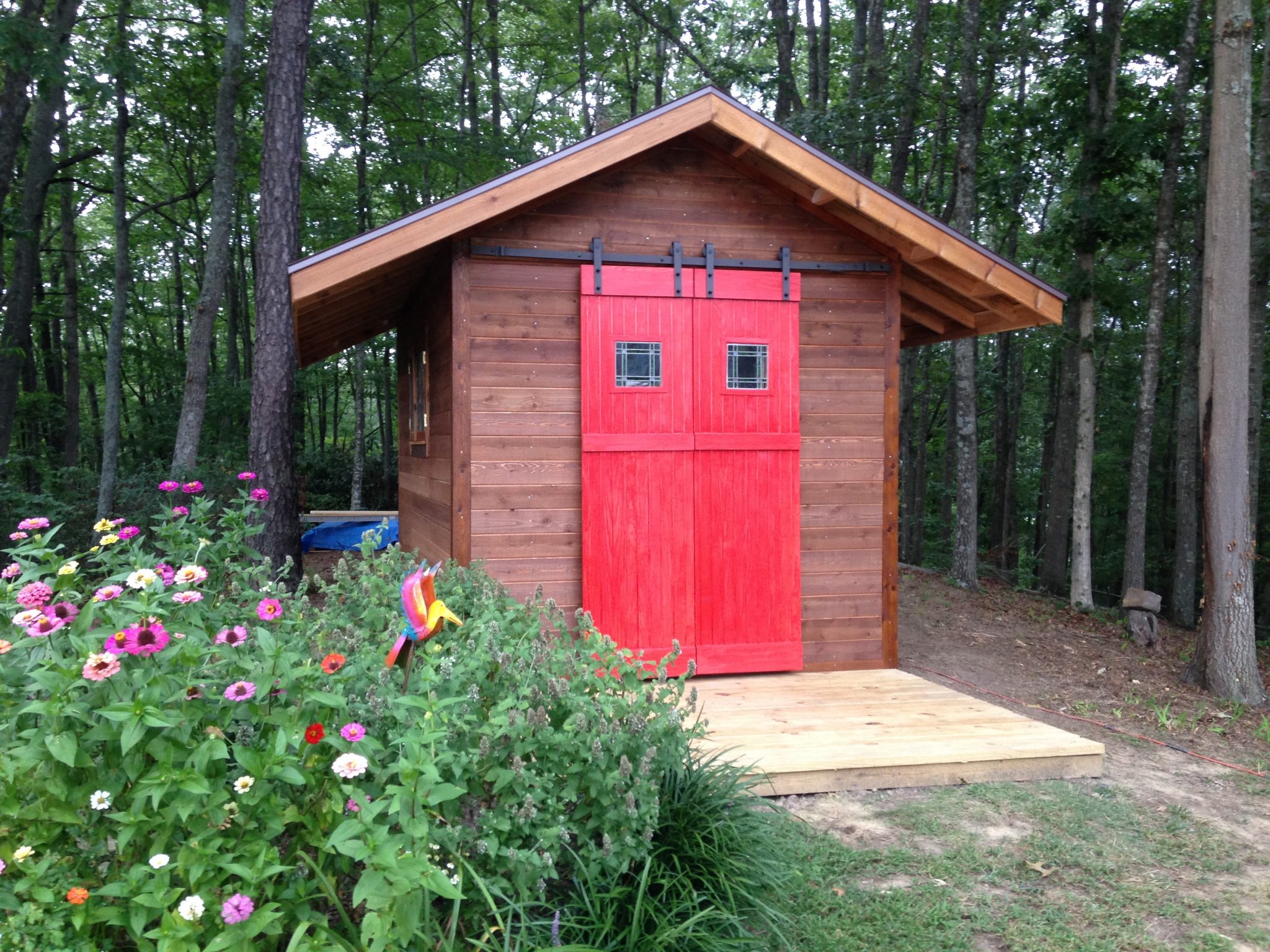 We both agreed that we should clad the exterior with tongue-and-groove cedar to match our house. We stained it an Arts and Crafts nut-brown color, which prompted Leigh Ann to want to add a serious dash of color to it. Just like those bright red accents you find on Arts and Crafts embroidered pillows and table runners, she picked Scarlet as the stain for the sliding shed doors. I kept any doubts to myself, but as she and I transformed the yellow pine boards into red barn boards, I could see the wisdom in her selection. 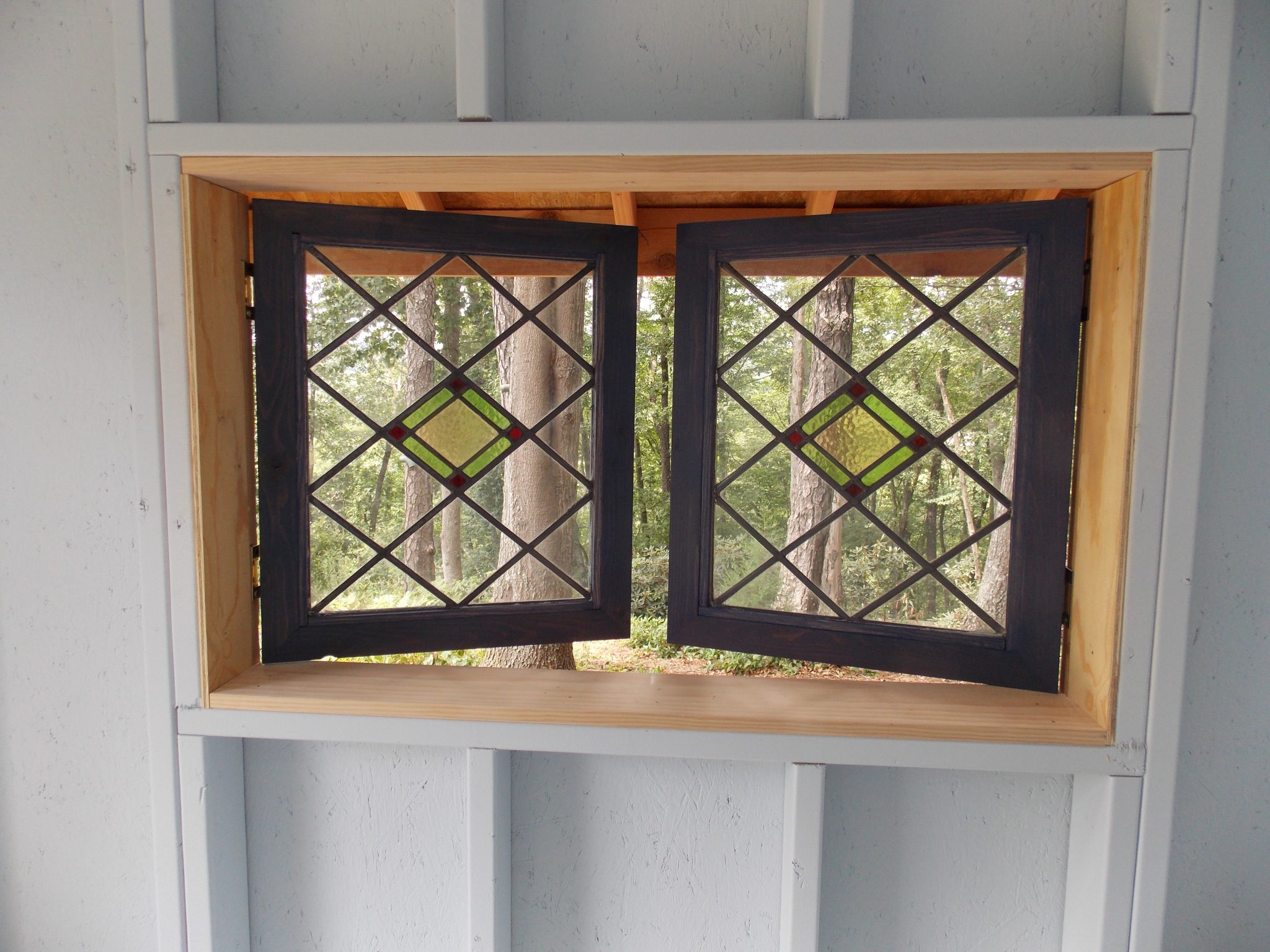 Her garden shed also gave me the opportunity to incorporate one of my favorite Arts and Crafts items:  stained glass windows. Rest assured, I’m not talking Tiffany windows here. As you undoubtedly have discovered in many antiques shops and salvage warehouses, you can find a wide assortment of simple, inexpensive (less than $75) stained glass windows with Arts and Crafts designs. Many are still encased in their original exterior painted frames, having been rescued – sometimes ripped — from houses slated for demolition. 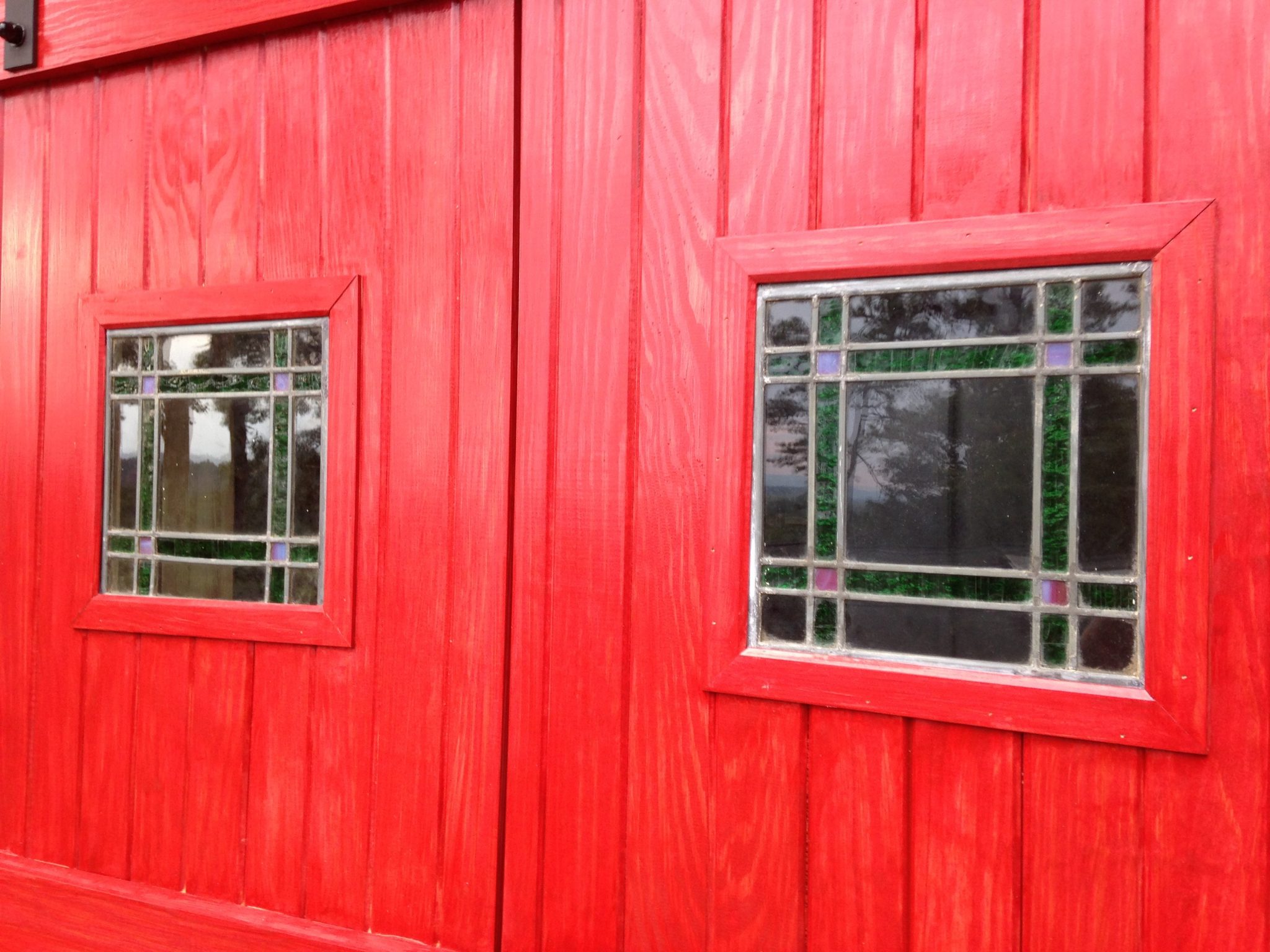 I already had one matched pair that Leigh Ann picked out for her sliding doors, and she selected a larger pair for me to frame for exterior, swing-out windows. Then it was simply a matter of carefully dismantling the old painted frames, cutting an opening in each door for the smaller pair of windows, and making cedar frames for the larger two destined to become north side windows.

At this point all that is left is for me to shingle the roof, run the wiring, and install soffit vents between the open rafters to keep birds and bugs out while letting air flow through the shed.

And see if I can talk Leigh Ann into a sink and running water….

“Always forgive your enemies; nothing annoys them so much.” – Oscar Wilde 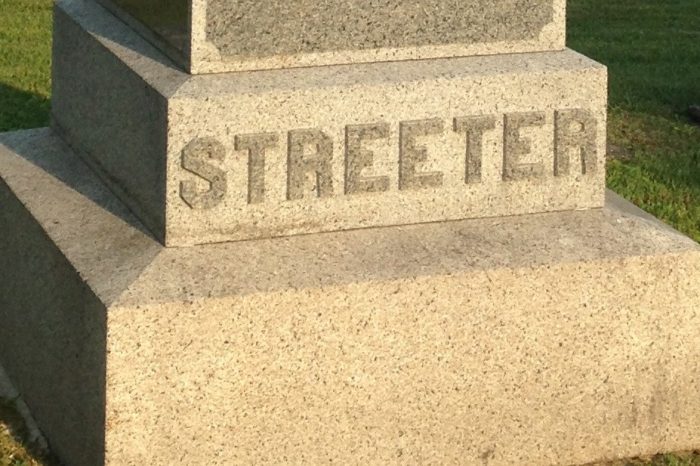