This article has been republished. Original date of publication: March 26th, 2017.

Bruce is out of town this week, so we’re bringing you a Little Journeys from the archives. Bruce remembers the time he found an endtable at Brunk Auctions with a couple of shopmarks, each with their own history. 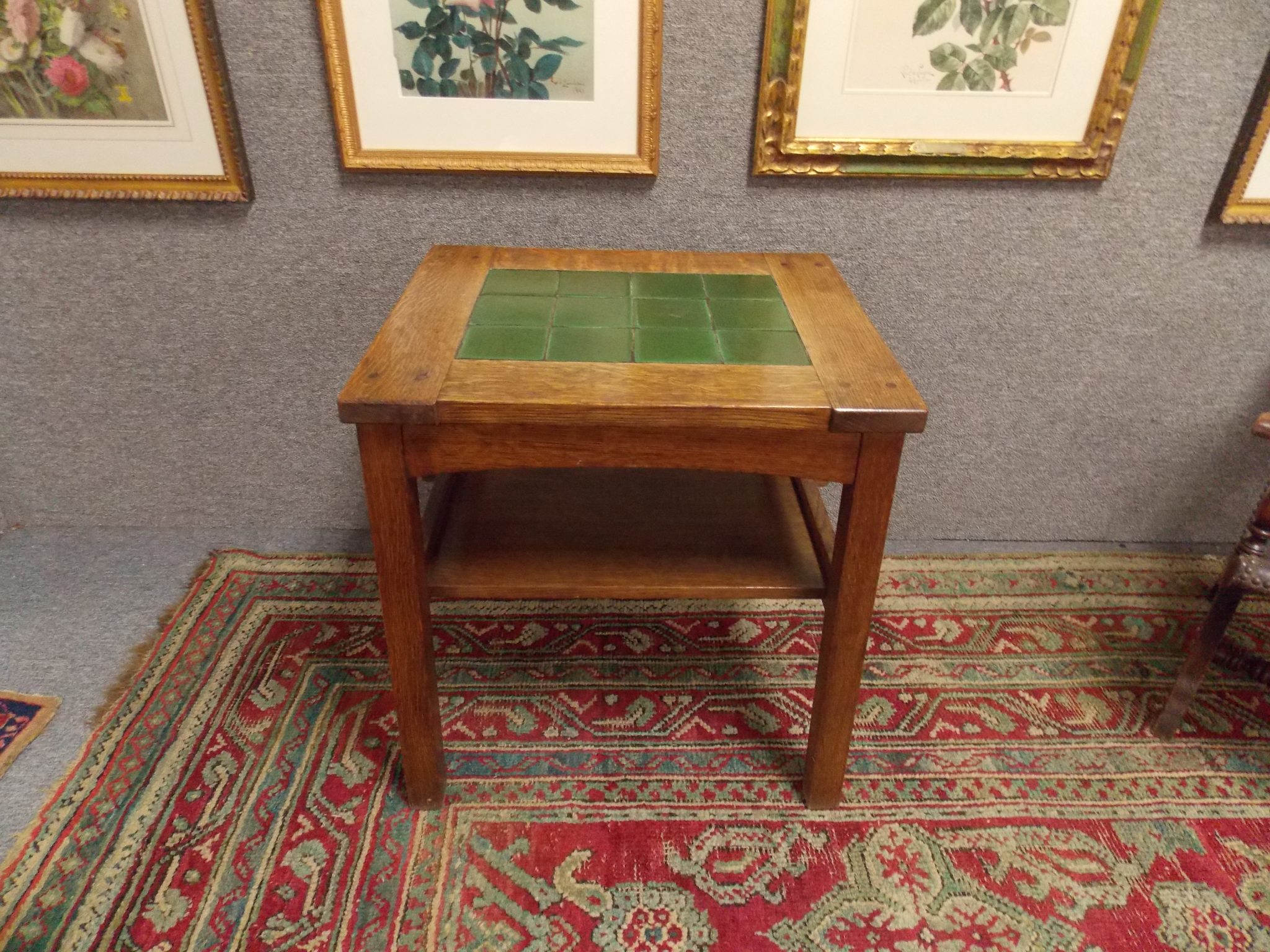 We are quite fortunate here in Asheville to have the nationally-known and highly-respected Brunk Auctions. While the firm has many areas of specialization, including Southern furniture, Asian antiquities, and fine art, I can almost always expect to find a piece or two of Arts and Crafts in nearly every sale, ranging from Stickley and Roycroft furniture to Newcomb, Van Briggle and Rookwood art pottery.

This past weekend was no exception, as they offered two pieces of Grueby and two of Newcomb, as well as an early Van Briggle vase and an assortment of late Rookwood. But for me the main attraction was an early Gustav Stickley end table inset with twelve Grueby tiles. This form has long been heralded as a fine example of the short-lived collaboration between Gustav Stickley in Syracuse and William Grueby in Boston from 1901-1903. In addition to adding Grueby tiles to several of his tabourets, Gustav Stickley shared a booth with William Grueby in the six-month long 1901 Pan-American Exposition in Buffalo. Their nearby neighbor in the show was none other than Charles Rohlfs. 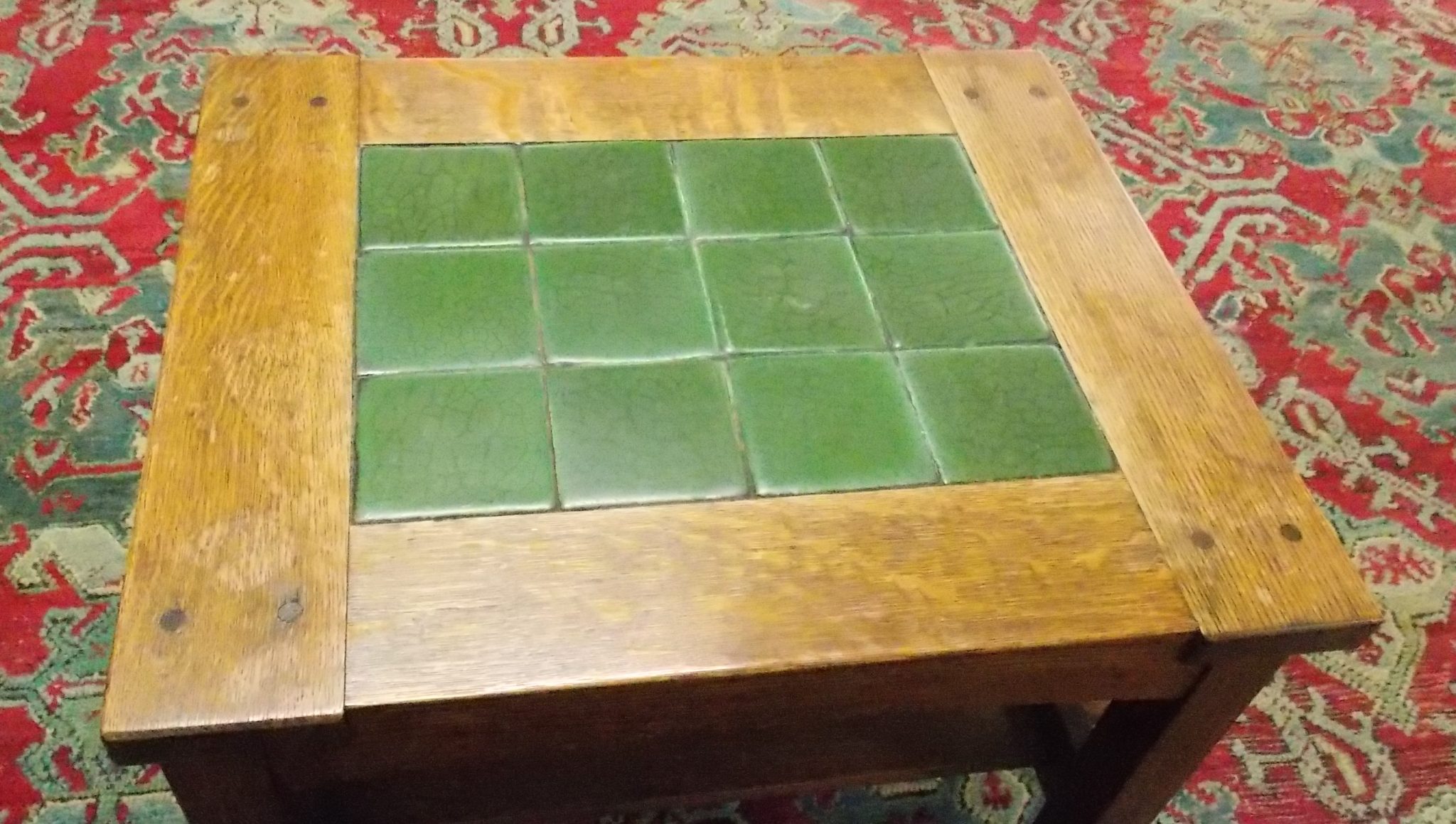 I previewed the sale a week earlier, knowing I would be lying on my back with a flashlight in my hand, inspecting the underside of the top and the lower shelf. Somethings are simply best done before the crowd arrives.

I could tell as I approached the table that it had been refinished, so was curious as to whether or not the fragile red decal has survived the onslaught of stripper and sandpaper. Fortunately, the craftsman at Stickley’s Syracuse factory had stuck the decal on the underside of the lower shelf rather than on the inside of one of the four legs. If the intent of the red decal was to remind anyone at a glance just where it had been made, the factory worker certainly should have placed the decal anywhere other than on the underside of the lower shelf, but his lack of foresight undoubtedly saved the shopmark for posterity. 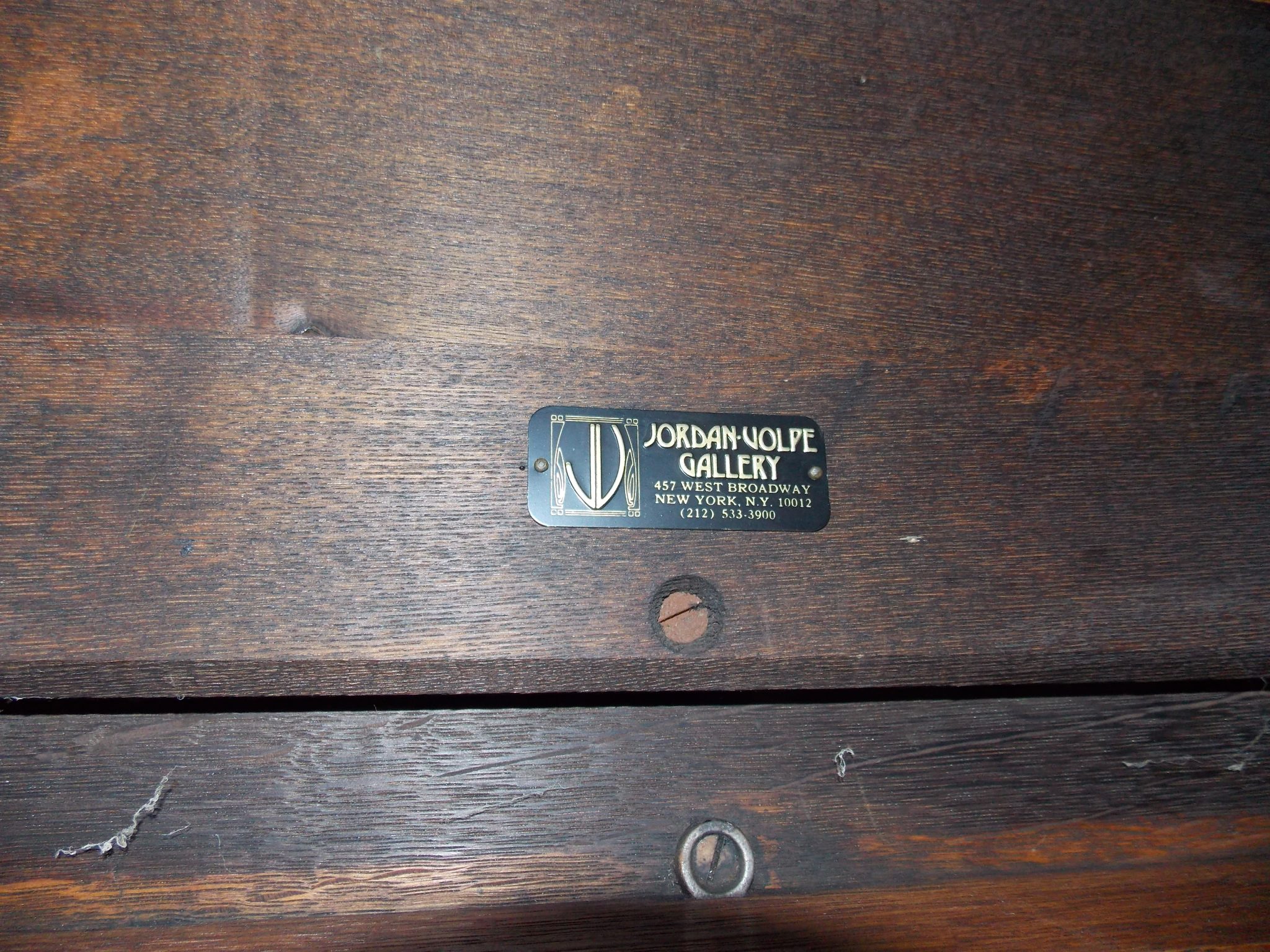 In addition to the red 1902 decal, I also found a second and more recent shopmark: a metal plate declaring that this table had been sold by the Jordan-Volpe Gallery in New York City. Nearly 35 years ago, when I was a glassy-eyed neophyte collector in Iowa City, I traveled to New York to experience nirvana: the row of Arts and Crafts galleries in SoHo, including those of Don Magner, Michael Carey, Peter-Roberts, Richard Caggiano, Gallery 532 and, of course, the most famous, Jordan-Volpe.

Cousins Tod Volpe and Vance Jordan weren’t Arts and Crafts collectors. They were showmen. Walking into their Broadway gallery was like stepping onto a theatrical stage, lit, set and accessorized to accentuate their assemblage of furniture like it was a troupe of actors. And it worked. New Yorkers would stand in line down the sidewalk waiting for each and every widely-publicized exhibition opening which Jordan-Volpe organized. They made Arts and Crafts front page news through widespread advertising and skillful marketing and promotions. They offered seminars by leading authorities, they wooed museum curators, they worked with neighboring galleries, they invited architects and interior designers for private showings, and they hosted parties. Serious parties.

And they took risks. They donated numerous pieces of Arts and Crafts furniture and art pottery to museums all over the country. They wined and dined celebrities and wealthy clients. They published exhibition catalogs. And just as quickly as their star lit up the Manhattan art scene, it burnt itself out. In 1986, ten years after opening, the gallery closed under a burden of debt. Several years later, Tod Volpe served nearly two years in prison for fraud. In 2003 Vance Jordan died at the age of 60.

This all came to mind upon seeing their metal tag, for during their 1976-1986 reign, the Jordon-Volpe Gallery was known to have their employees strip and refinish many of those dark, original Stickley finishes, making them lighter and more palatable to their posh clientele. This tile-top table up for sale must have been one of them. When it came up for sale on Friday evening, the auctioneer was sure to announce that it had been refinished, but that did not deter two bidders who ran the price past the $5000-$7000 pre-sale estimate to a final bid of $16,000, plus a 20% buyer’s premium.

But had it not been refinished, everyone agreed it wouldn’t have stopped there. 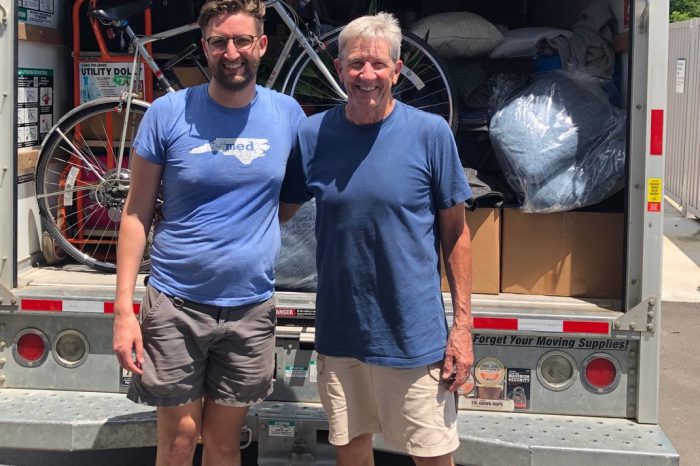