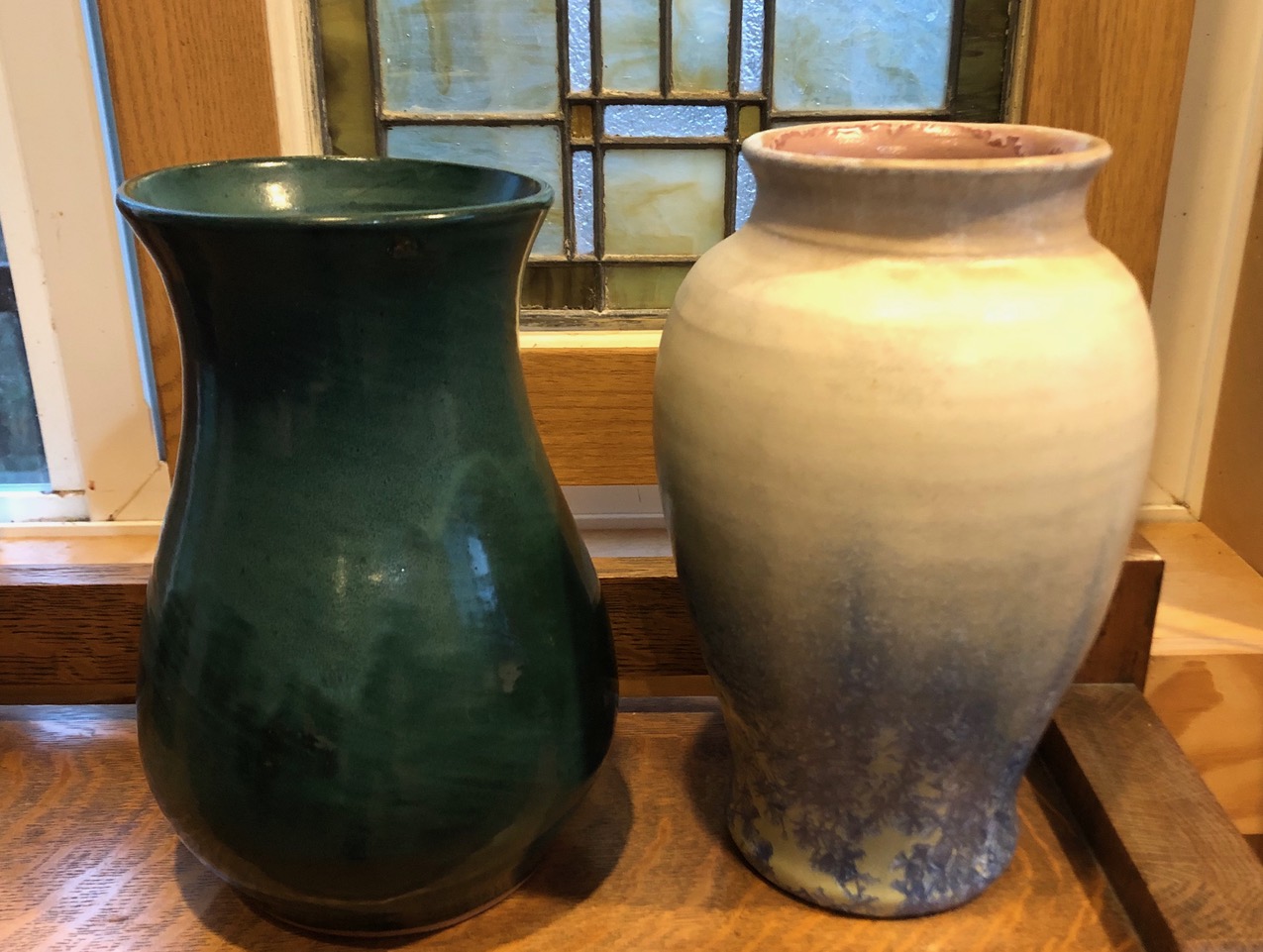 During one of the early Arts and Crafts Conferences at the Grove Park Inn, I arranged for our attendees to tour the Pisgah Forest Pottery, a small compound of 1920s buildings nestled in an idyllic valley a few miles west of Asheville. The founder, Walter Stephen, had continued to hand throw and decorate vases until his death in 1961 at the age of 85. In 1988, when we toured the pottery, his step-grandson was still making vases and bowls using the same techniques and much of the same equipment Walter Stephen had been using since 1926. 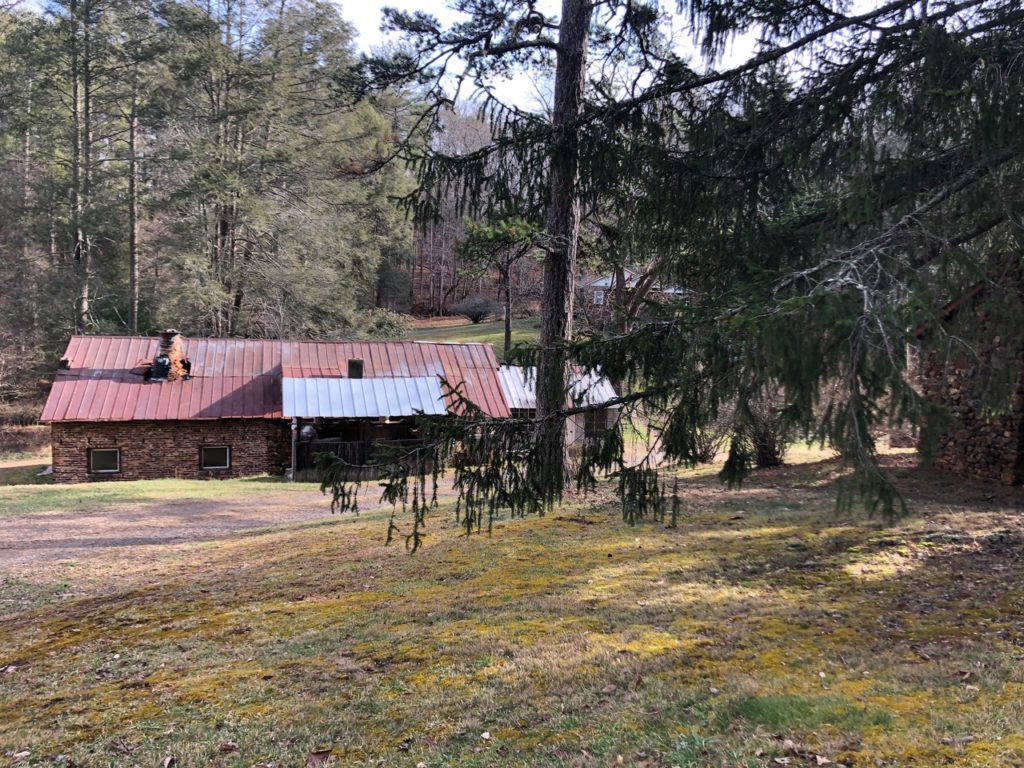 Last Sunday morning I found myself just a mile away from the grounds of the pottery, which officially closed in 2014. Thanks to the family and to historian and art potter Rodney Leftwich, the contents of the buildings had soon thereafter been carefully documented, packed, and transported to the North Carolina Museum of History for study by future researchers.

Amazingly, the buildings are all still standing, but as I walked among them I could only imagine — given their prime location along a well-traveled highway — how soon they might be demolished to make way for yet another apartment building or commercial development. 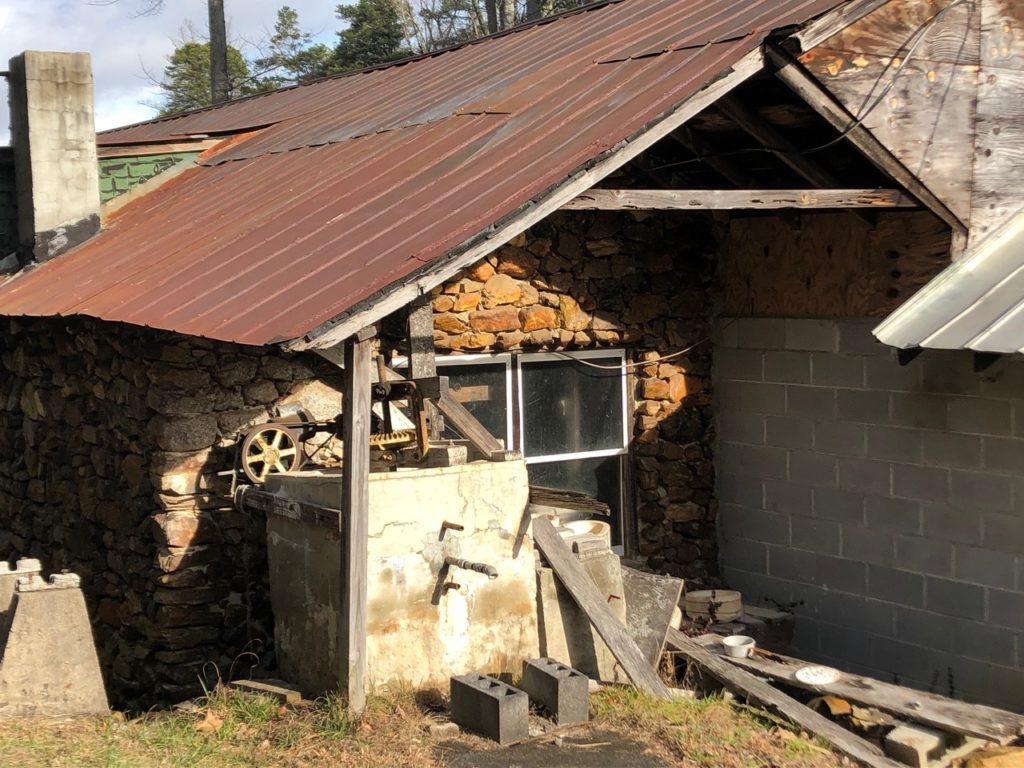 Back in 1988 at the time of that conference tour, I did not collect Pisgah Forest Pottery, but wish now that I had. Instead, as an inexperienced Arts and Crafts collector, I had erroneously assumed that the only art pottery worth collecting had been created prior to 1915 in either Boston, Cincinnati, or New Orleans. Regardless, I could not afford even a modest example of Grueby, Rookwood, or Newcomb pottery, and undoubtedly, while looking for them, had walked by any number of stellar and affordable examples of Walter Stephen’s work.

On Sunday’s drive home I also stopped by the former site of Brown’s Pottery, also a few miles from Asheville and also on a busy, commercial highway. The Brown family has been producing pottery since the 1700s and rightfully boasts of having produced seven generations of more than 30 potters. My friend Charles Brown has for decades been making at least three types of pottery: utilitarian wares, art pottery, and Southern folk pottery ‘face jugs.’ 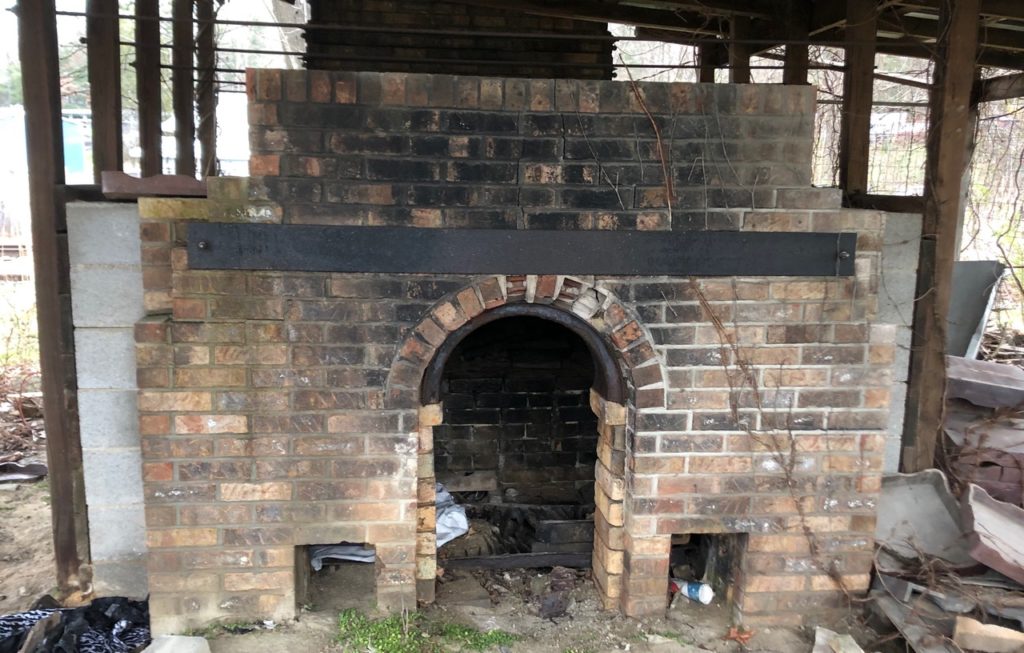 On this day I wanted to take a few photographs of one of his family’s idle outdoor kilns for, just like the buildings of Pisgah Forest Pottery, this busy intersection is destined for commercial development. When it happens, it won’t take but a few minutes for a bulldozer to turn the crumbling brick kiln into a pile of rubble to be hauled to the landfill. 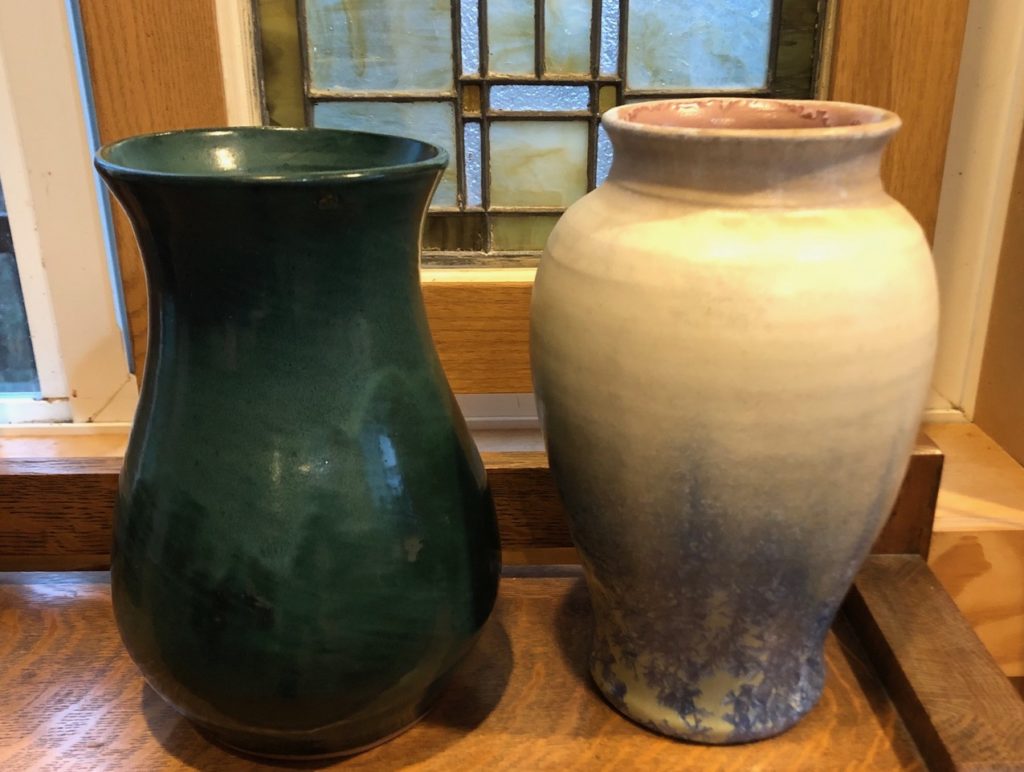 Back home, I took a few extra minutes to pay homage to the Pisgah Forest pottery and Brown pottery we have here in our home, knowing that before long the kilns where they were fired will soon be gone. But unlike many other historic structures which have become victims of accelerating land values, it is gratifying to know that the art pottery which had been fired in those now cold kilns still remains for us to appreciate. 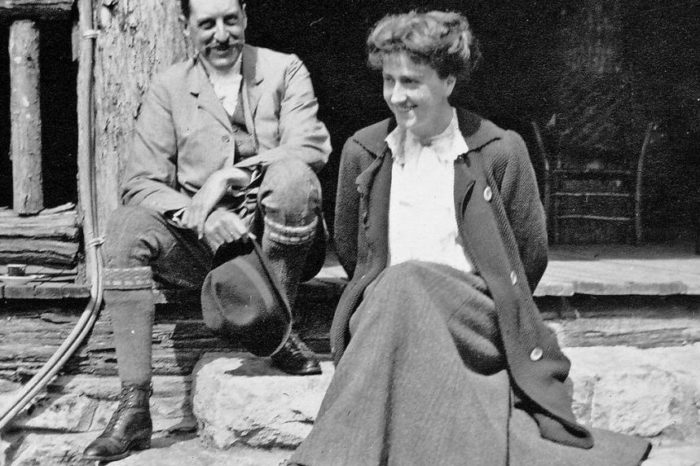