Learning the Anatomy of Furniture 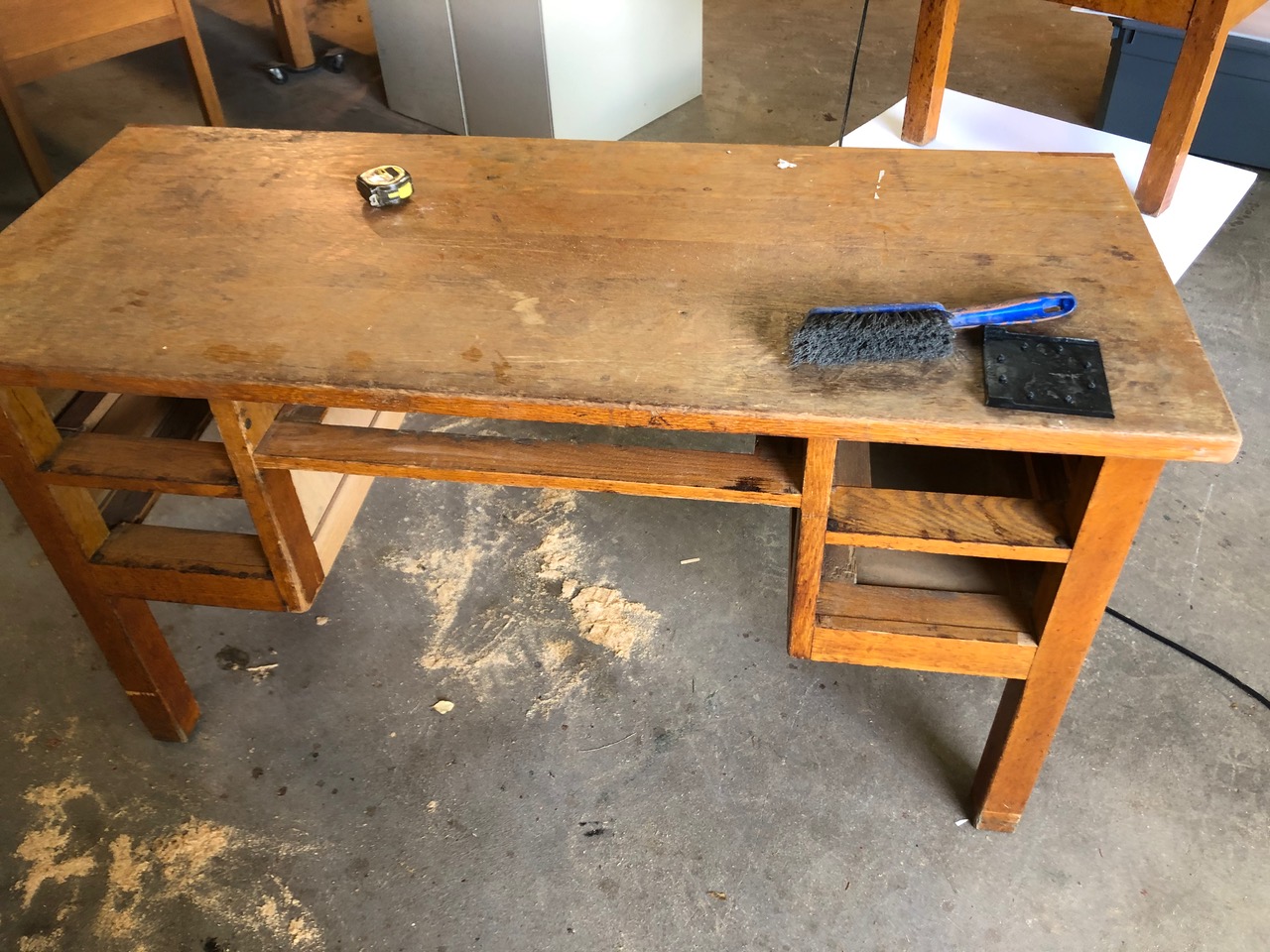 Learning the Anatomy of Furniture

After five years standing at the front of a high school classroom, I left teaching to write the Great American Novel. But at age 27 I found that when it came to life, I didn’t know squat. I spent my first weeks as a writer overwatering the spindly plants in my second-floor apartment until they all turned yellow and died. When my meager savings ran out, I answered an ad for a job at House of Wood, an Iowa City woodworking and refinishing shop owned by a middle school industrial arts teacher and managed by Jim Bohnenkamp, a former cocaine addict who had recently fled Colorado to escape prosecution for . . . well, I had better let it go at that.

A year later, I felt I had learned enough about woodworking and antique restoration to open my own business, aptly named Knock On Wood, which, quite understandably, did not sit well with Jim. A few months later the authorities came calling, Jim reluctantly returned to Colorado, and House of Wood closed down.

Ironically, seven years later, my own shop assistant gave me a choice: sell him Knock On Wood or he was going to open his own refinishing shop down the street. 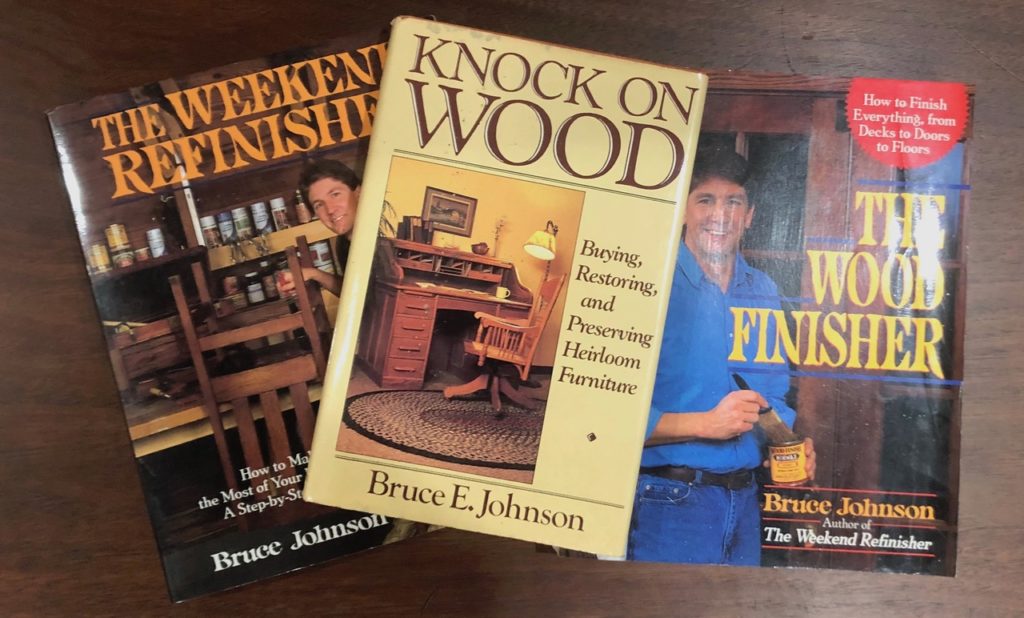 And so, I became a writer. No Great American Novel magically appeared on my computer screen, but I had learned enough to soon get a series of books published on antique restoration, woodworking, and home improvement, all of which paved the way for my journey into the emerging world of Arts and Crafts in the 1980s.

A few weeks ago I approached a friend about donating a few pieces of vintage Arts and Crafts furniture for the office of the Asheville Preservation Society. The only catch was it all needed some extensive repair, refinishing, and restoration. Since I am on the society’s board, I volunteered to transport the pieces to my garage workshop. 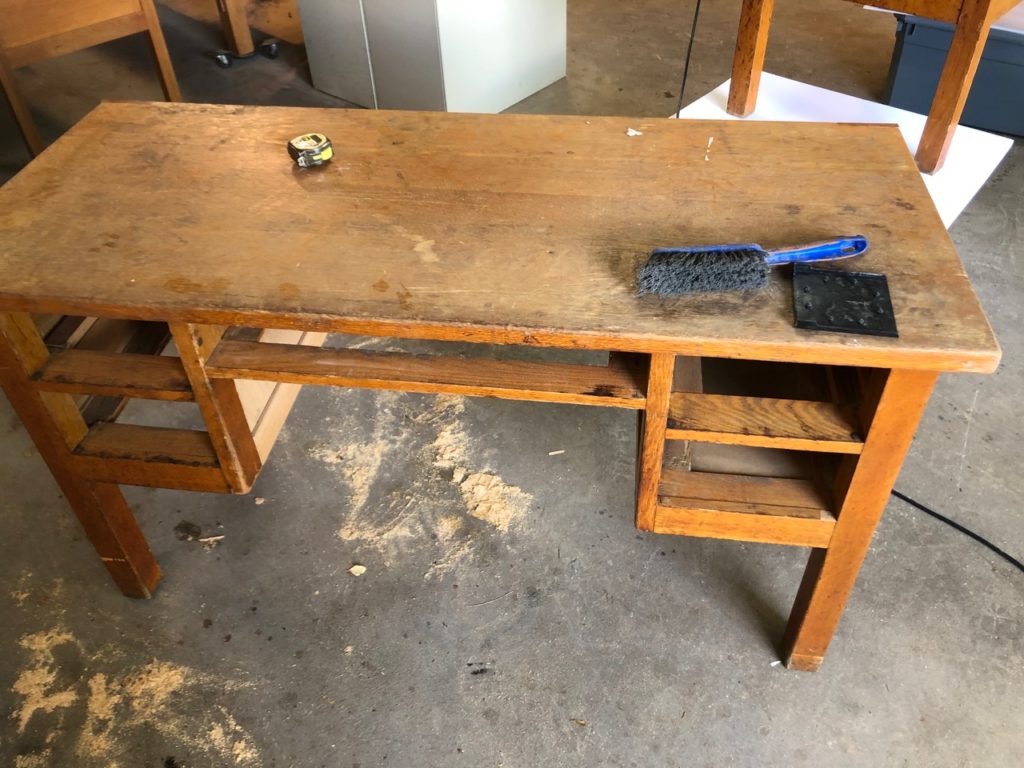 Drawing upon my earlier experience at House of Wood and Knock On Wood, I once again became a woodworker and a restorer as I dismantled, repaired, re-glued, and refinished the beautiful quartersawn oak Arts and Crafts furniture.

As I did, I recalled Michelangelo once saying that before you can become a sculptor, you first have to learn anatomy.

And before I could really appreciate what goes into a piece of fine furniture, I first had to learn its anatomy.

I have never formed a vase from a lump of damp clay, and I have never mastered the art of applying a glaze, painting a canvas, or hammering out a copper tray. For that reason I sense I cannot fully appreciate the art and the craft which each of those craftspeople had infused into their work. 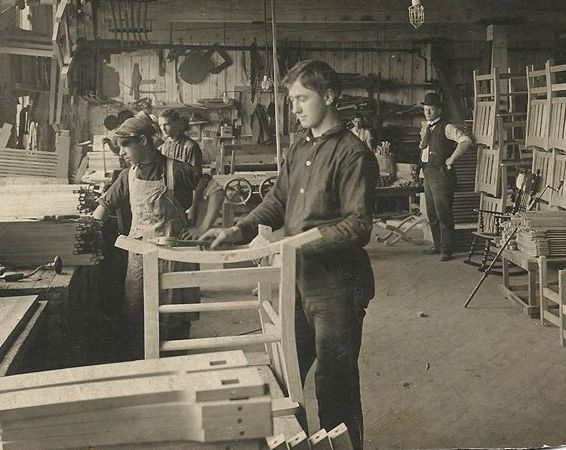 But because I didn’t have what it takes to become a successful novelist, back at House of Wood I learned to cut a dovetail joint, to carve out a mortise, and file a tenon to fit snugly inside it. And now each evening as I sit in my Morris chair and run my fingertips over that exposed tenon in the top of each arm, I know what it would have been like, one hundred and ten years ago, for an unknown craftsman to have paused long enough to have done the same.

“If people knew how hard I worked to gain my mastery, it wouldn’t seem so wonderful at all.” – Michelangelo 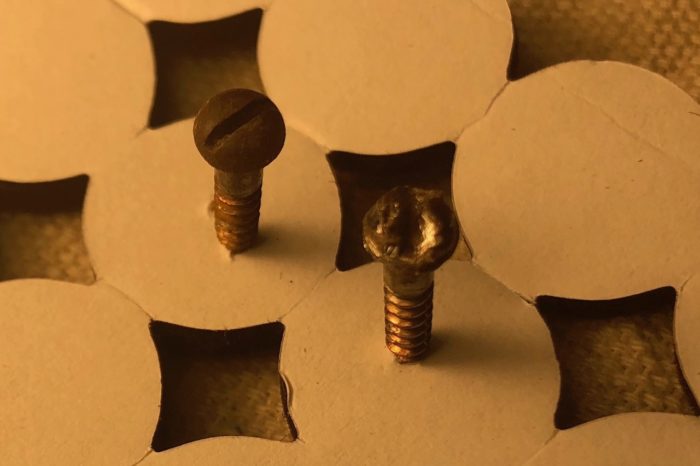 An Arts and Crafts Instruction Manual