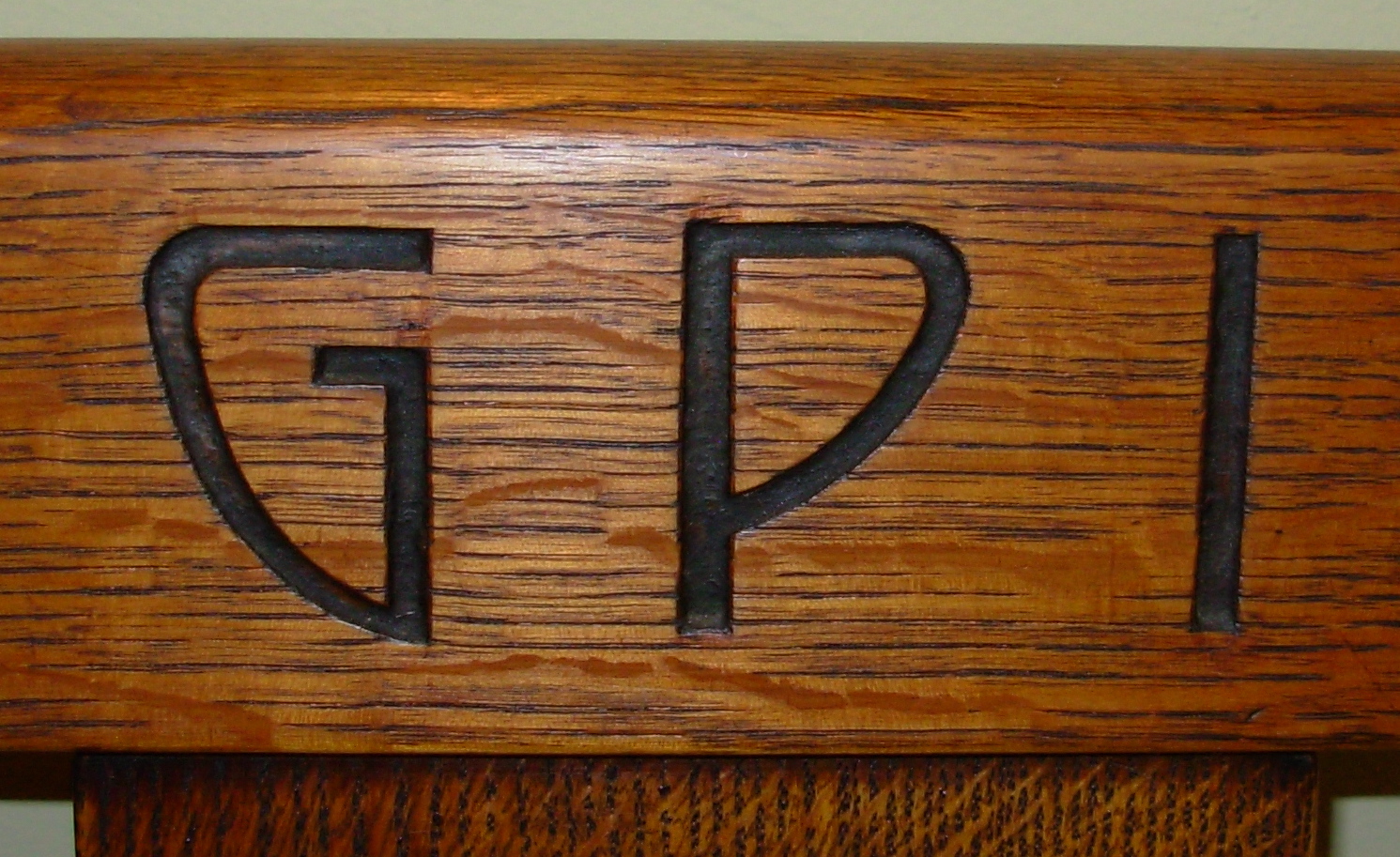 Thirty-some years ago, when I made my first little journey up Sunset Mountain to the 1913 Grove Park Inn, I wandered about the Great Hall, totally overwhelmed by the towering, two-story twin fireplaces. They had been constructed not of fieldstone rocks but of massive boulders, and overlooked the largest collection of Arts and Crafts furniture I had ever experienced. 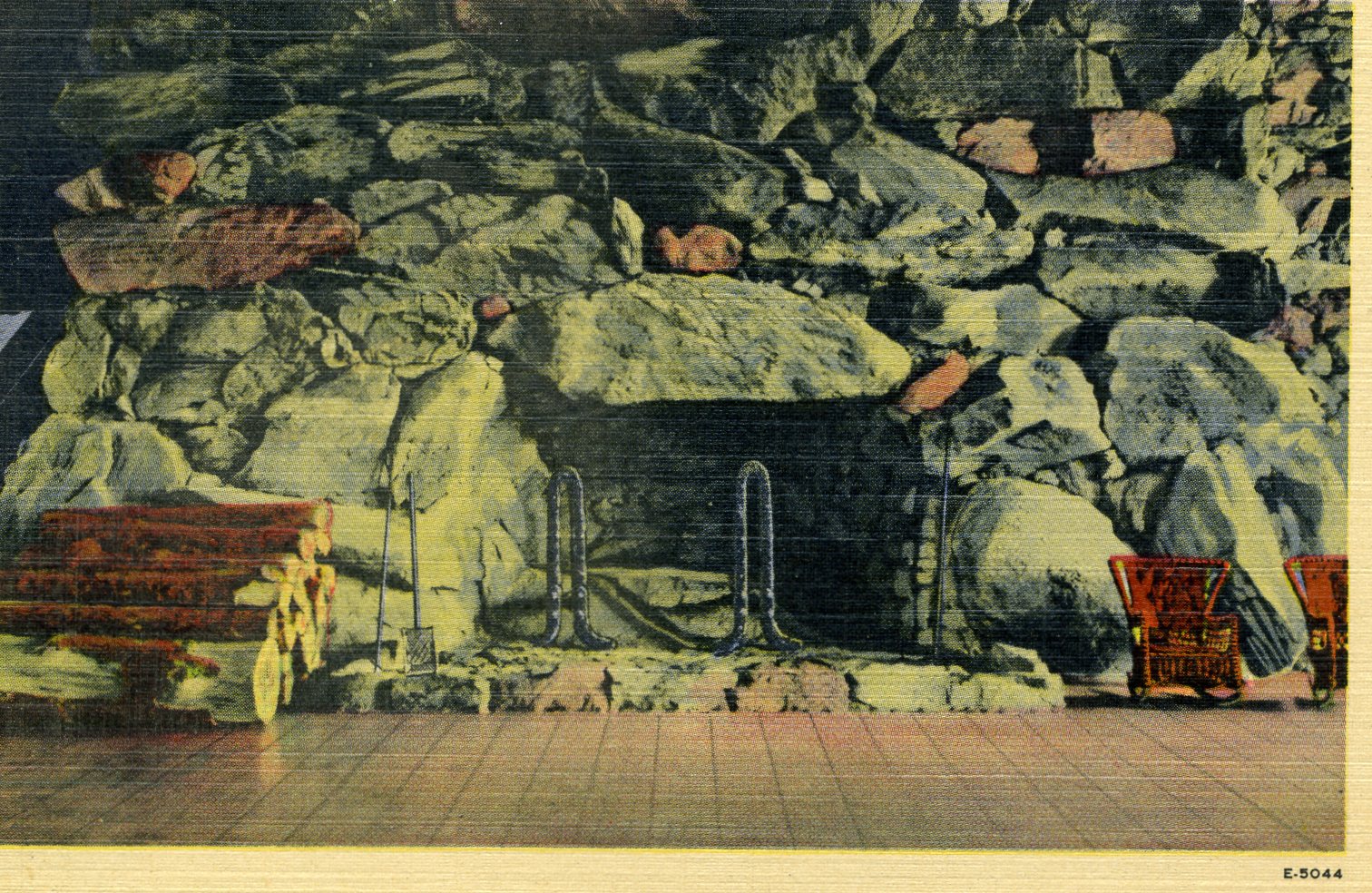 Scattered about the hallways were about two dozen of the original 400 Roycroft dining room chairs. Each had the classic “GPI” initials carved into the headrest, along with the familiar Roycroft orb-and-cross on the rear leg. As I soon discovered, in 1913 the Roycrofters had provided oak furniture and hand-hammered copper lighting fixtures for the hotel, much of which still remained in use a century later. 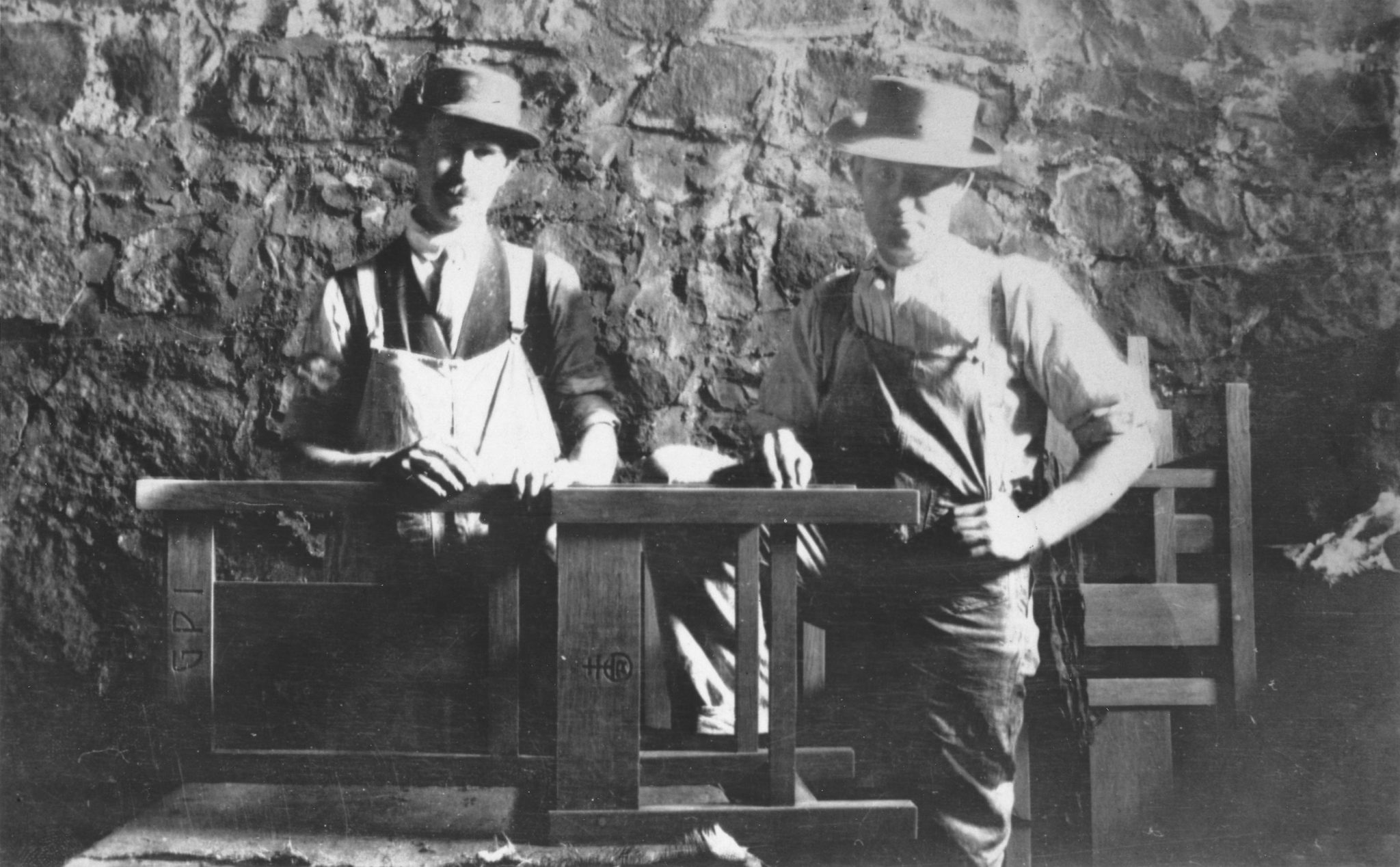 As I also discovered, in 1955 the hotel’s owners had sold nearly all of the 400 oak Roycroft dining room chairs for $5 each at Asheville’s most infamous porch sale. For decades afterwards they could be spotted on porches, in restaurants and bars, and even lining the hallway of a local nursing home – where someone had sanded off the carved “GPI” letters.

I knew I had to have one, and began my search for one of what are commonly called “GPI chairs.” Before long I was getting calls from local antiques dealers, who were dusting off GPI chairs languishing in their shops. As you might imagine, once other Arts and Crafts collectors began coming to Asheville each February for the National Arts and Crafts Conference, prices escalated and supplies of the chairs dwindled. 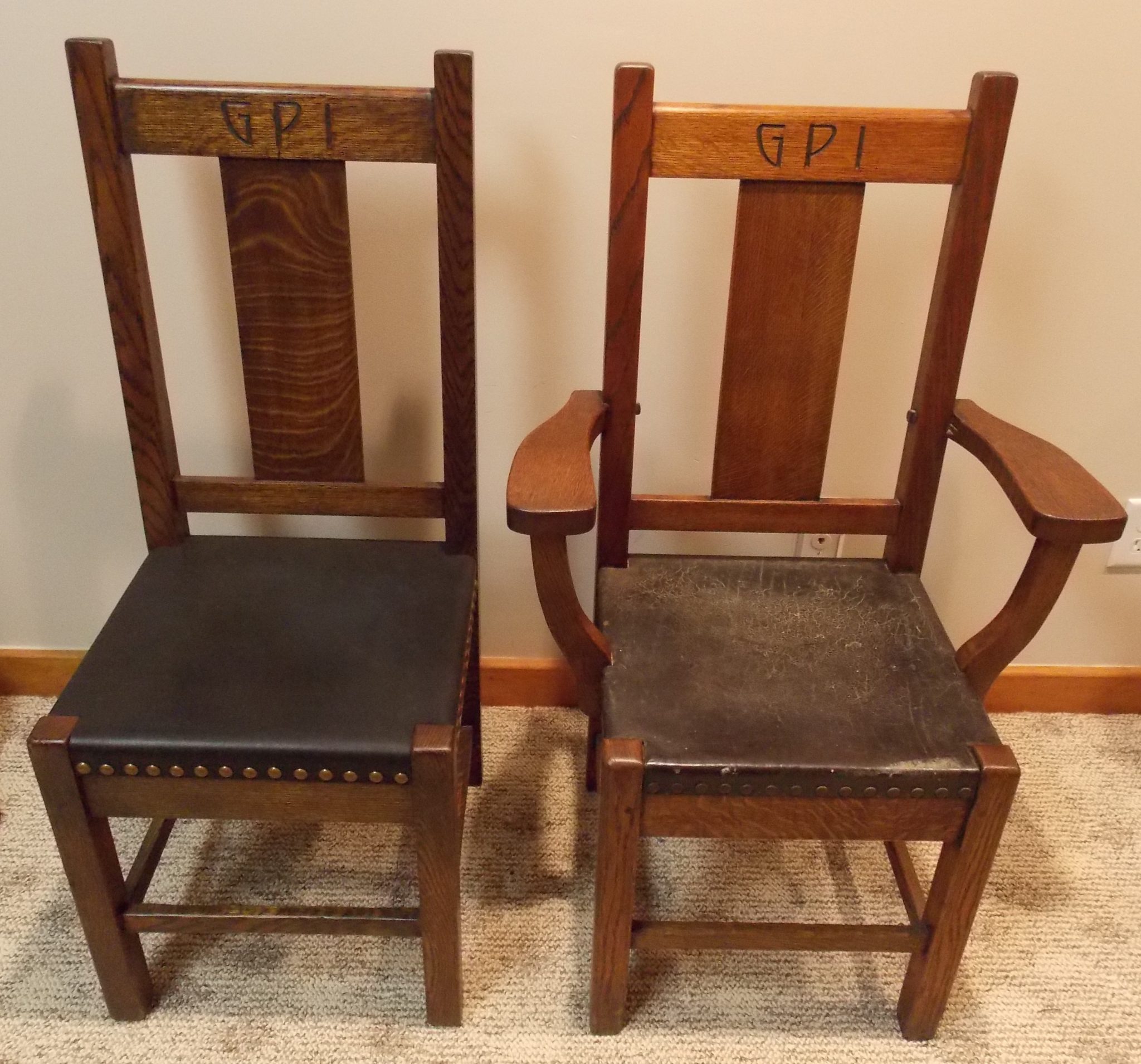 While I bought and sold several GPI chairs back in the 1990’s, since then I had remained entirely satisfied with two examples in our home. A few weeks ago, however, I received an email from a young Arts and Crafts collector who was hoping to find his own example of a GPI chair. Much to my amazement, I found myself thinking this would be the time to pass one of my two Roycroft chairs along to another collector.

We exchanged emails, I sent pictures, and I kept waiting for a quiet portion of my brain to suddenly clutch onto the chair. But it didn’t happen. The young couple arrived last week, inspected the chair, and a few minutes later we were loading it into the back of their SUV. And as they drove down the driveway with my GPI chair, I waited again for that pang of regret, but again, it did not come.

So, does that mean I’m no longer an Arts and Crafts collector?

Maybe just not an Arts and Crafts hoarder….

Hope to see you at the GPI next week!