Tryon, North Carolina, is a small town that literally straddles the invisible border with South Carolina. Located just 45 miles south of Asheville, it, too, lies at the base of the Blue Ridge Mountains, where, as a writer proclaims, its “moderate winters, cool summer breezes, rolling landscapes, and mountain views attract both those in search of the perfect place to vacation and those looking for a new place to call home.” 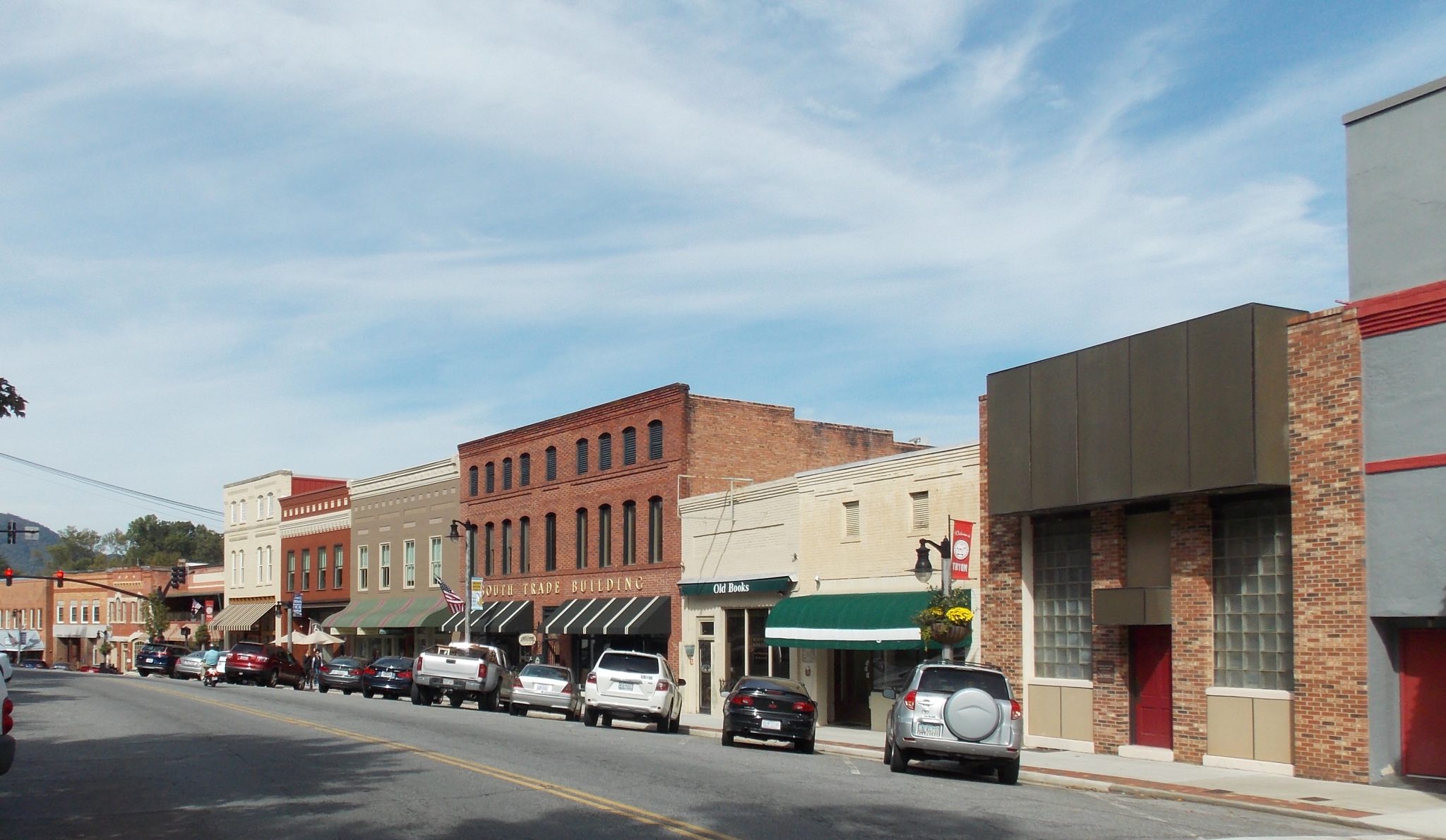 I made my first visit to Tryon more than a decade ago, as I followed the 1935 trail of F. Scott Fitzgerald from his room at the Grove Park Inn to the Oak Hall Hotel perched on a bluff overlooking the bustling Trade Street (above). Fitzgerald came in search of both inspiration and solitude to revive his floundering literary career, as well as to escape a messy affair he had been having with a married, young Memphis socialite spending her summer at the Grove Park Inn. You can — of course — read all about Fitzgerald’s affair and his travels across western north carolina in the latest of my books, Tom, Scott & Zelda: Following In Their Footsteps, available now at brucejohnsonbooks.com 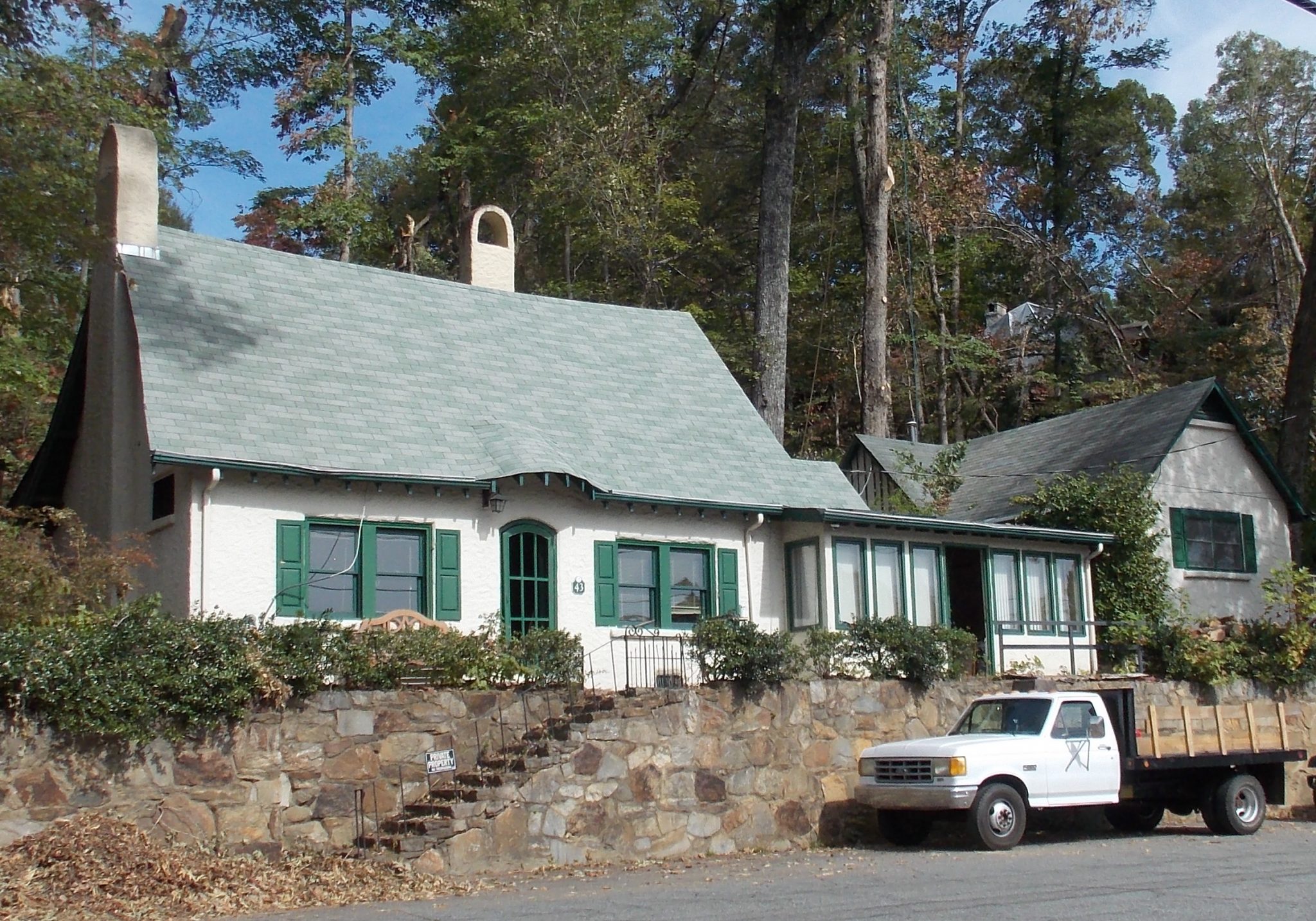 On that first trip I paid little attention to a small cottage bearing a historical marker explaining it had been the home of Eleanor Vance and Charlotte Yale, two women who, after founding Biltmore Estate Industries in Asheville in 1905, had moved further south to Tryon in 1915. There they started Tryon Woodcarvers and Toymakers, a second literal ‘cottage’ industry intended to train young men and women in the manual arts, as promoted by the Arts and Crafts movement.

In 1935 Fitzgerald, Vance and Yale may have rubbed elbows at Misseldine’s lunch counter, or perhaps at a party hosted by Lefty and Nora Flynn. The tall, handsome and rugged Lefty had once been a promising Hollywood actor, starring in a string of successful silent westerns, but his erratic behavior (he once left the set to get a cup of coffee, only to be found days later, naked, painted blue, and tied to a hotel bed) eventually cost him his career.

Our trio were not the only famous people who vacationed in Tryon, as the town boasts a number of visiting artists, actors, and socialites – from first ladies Eleanor Roosevelt and Grace Coolidge to actor William Gillette, social reformer Jane Addams, feminist novelist Margaret Culkin Banning, historian Margaret Morley, and Arts and Crafts jeweler Madeline Yale Wynne. 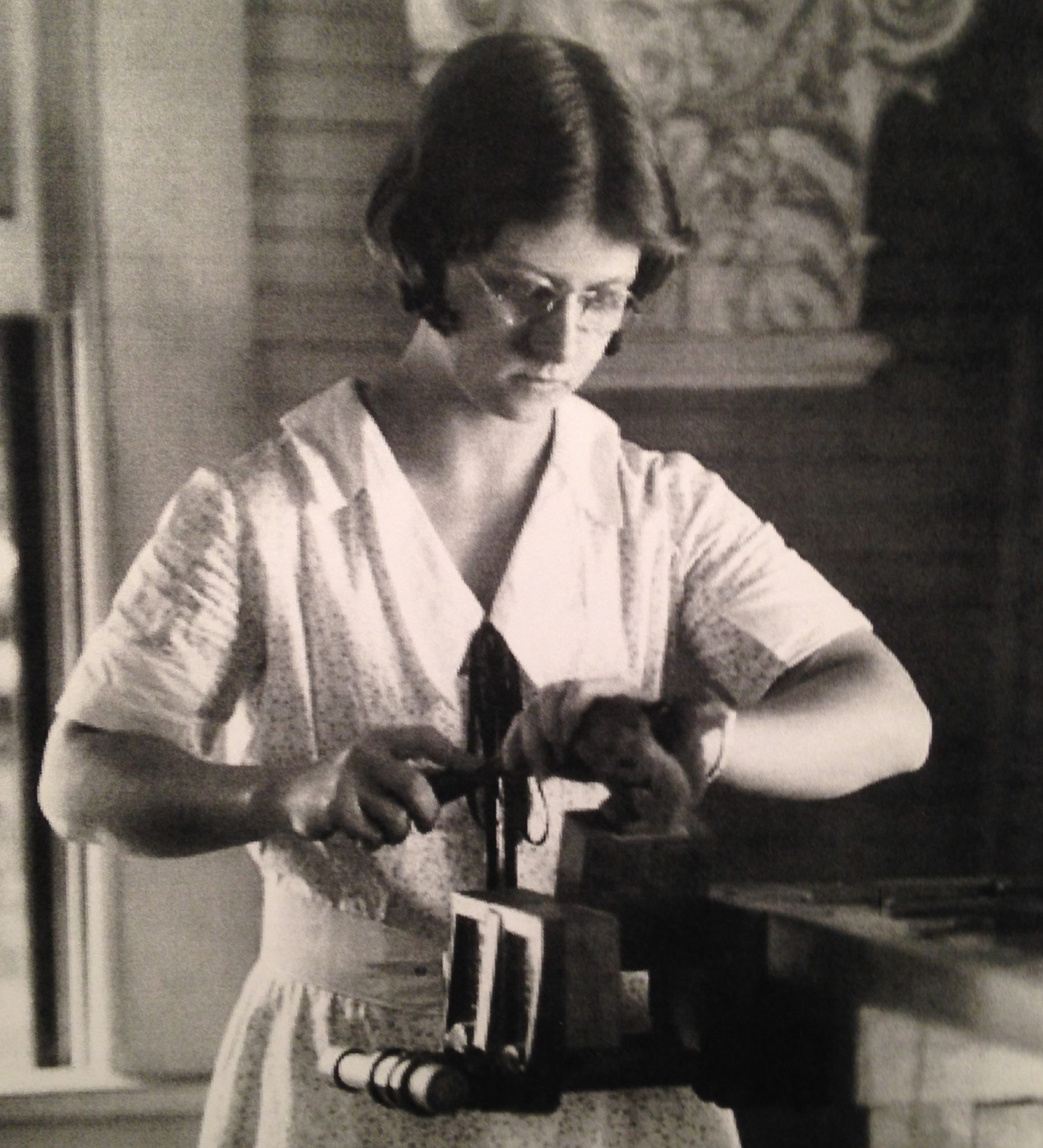 In 2015, in conjunction with the 100th anniversary of the founding of Tryon Woodcarvers and Toymakers, the town celebrated the opening of the Tryon Historical Museum (Talented carver Pauline Cowan is shown above in a museum photograph.). This was our destination on a trip we took years ago, as Leigh Ann, Jasper, Daisy and I headed south in our truck. In the back was a quartersawn oak library table, modeled after a Gustav Stickley trestle table, which Charlotte Yale and Eleanor Vance had supervised the making of at Biltmore Estate Industries around 1909. Legend has it that the table had been ordered by their patron George Vanderbilt, who was furnishing his mountain retreat, Buck Spring Lodge, in the Arts and Crafts style.

The table eventually ended up with Vance and Yale, as it can be seen in a 1920’s photograph taken of their cottage showroom at Tryon Woodcarvers and Toymakers. The table disappeared after the ladies’ deaths in 1954 and 1958, but resurfaced at an Asheville auction several months ago, where I bought it, restored it, and began using it in my office. 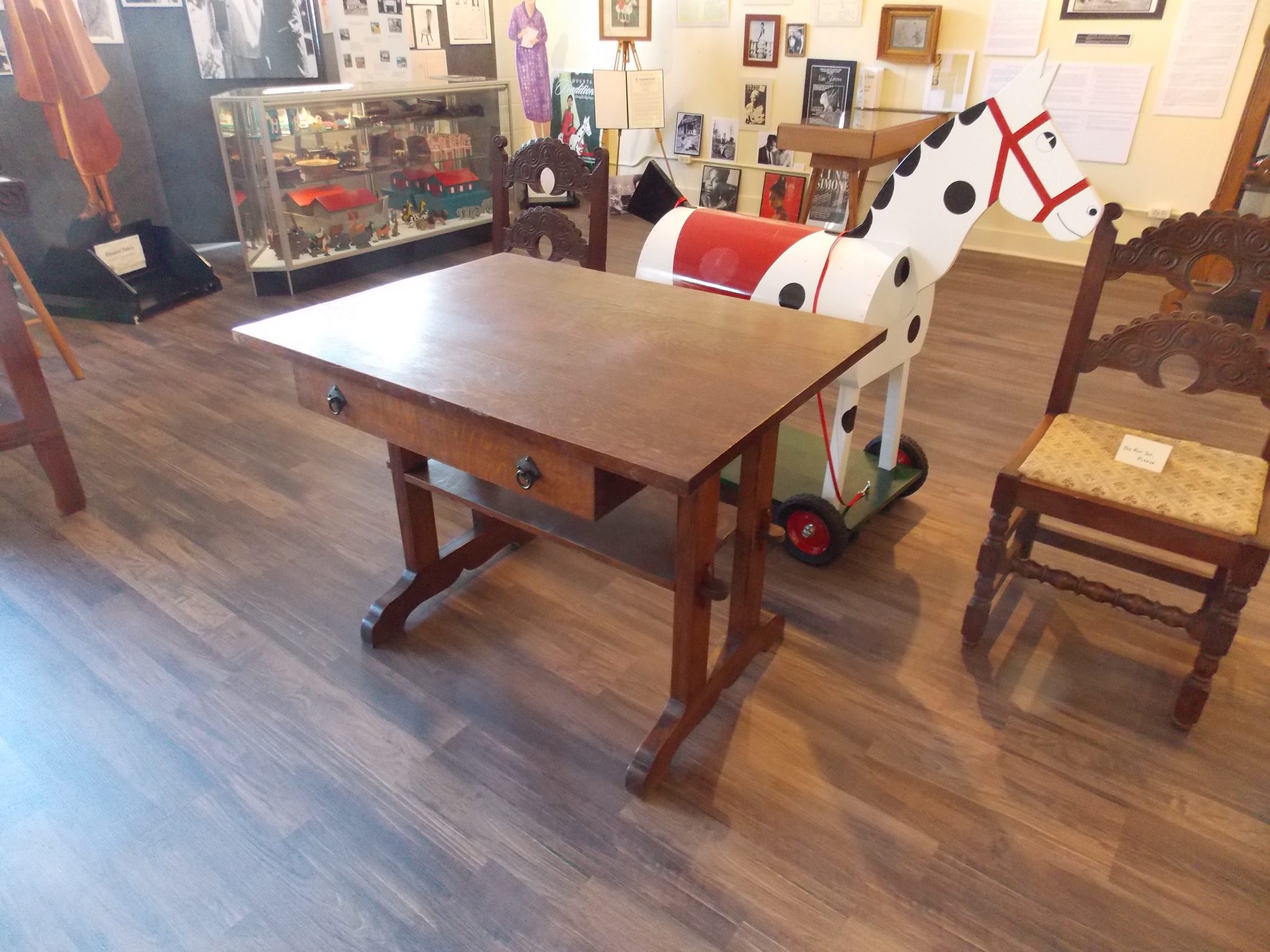 But while I appreciated the history of the table, I always knew it belonged back in Tryon where it would enjoy a place of honor in the modest Tryon Historical Museum. And so, last Saturday we drove it to Tryon and placed it in the showroom, before enjoying a celebratory lunch in the fall sunshine at Huckleberry’s cafe on Trade Street, with Jasper and Daisy tucked happily under our table.

“Always give without remembering, and always receive without forgetting.” – Brian Tracy

For more information on Tryon’s history, please go to: http://www.tryonhistoricalmuseum.com. 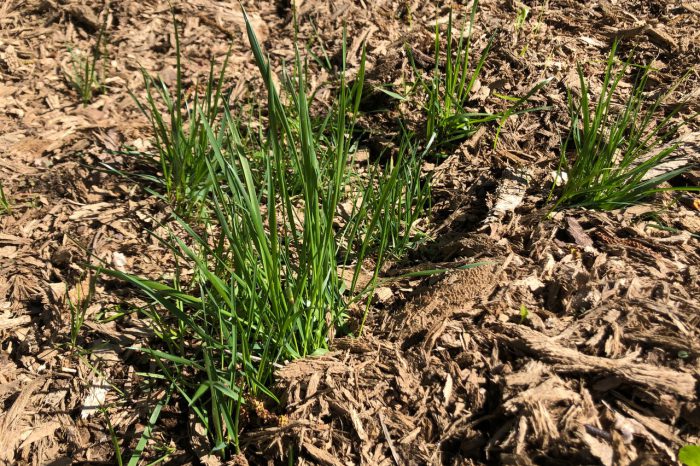