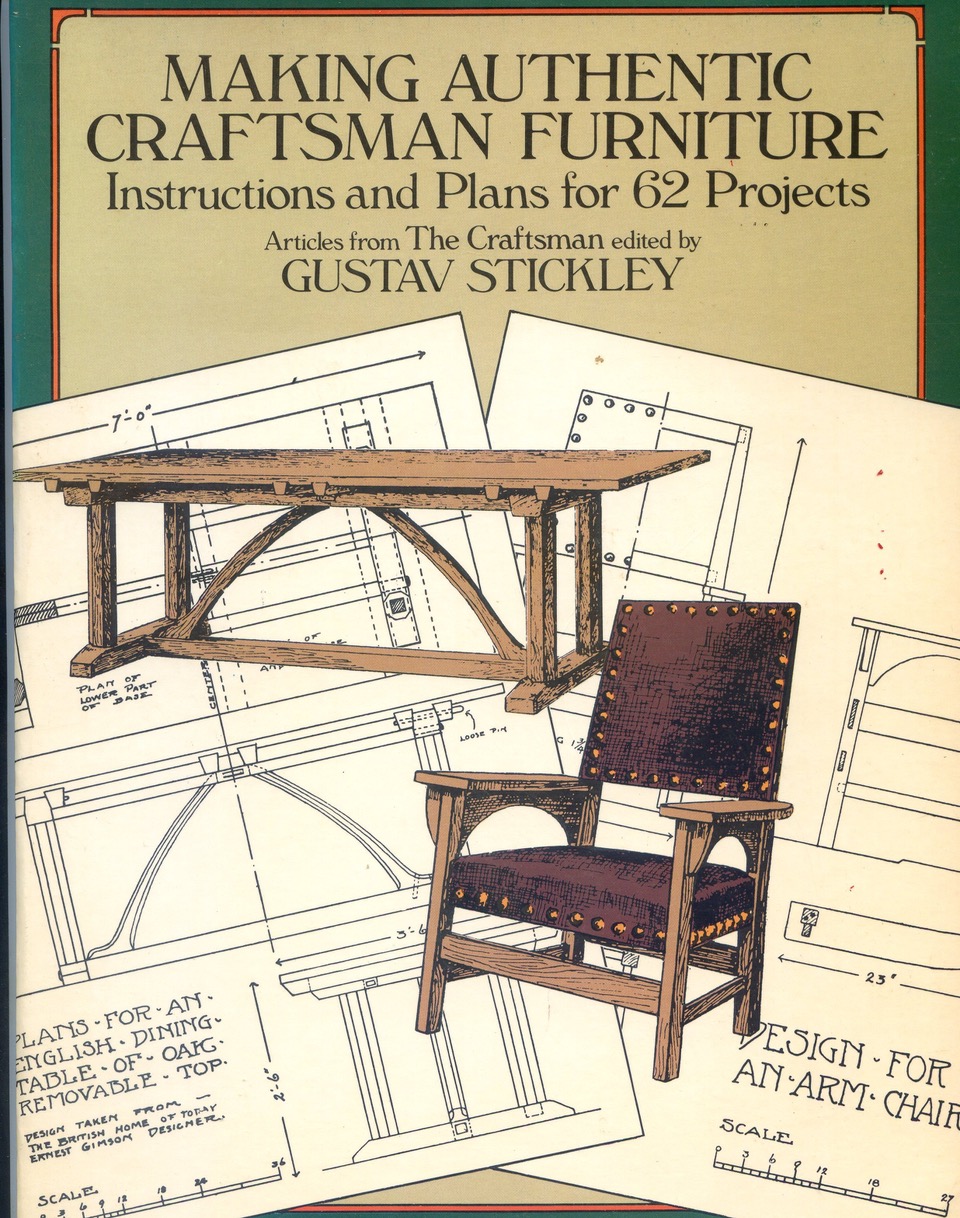 A good friend of mine had an unfortunate experience not long ago buying an expensive painting while traveling out of state. Having been in that situation myself more than once, I could empathize with him, as he was faced with the challenge of making a quick decision while under pressure. To complicate matters for us, the price is sometimes so tempting that, in the adrenaline rush to snatch up a bargain before the next person walks in the door, we forget to remind ourselves of a key rule.

“That which is too good to be true probably isn’t.”

One of my more memorable mistakes occurred back when getting photographs involved asking the seller, in my case a little old lady living several miles outside Durham, to take pictures, get the film developed, and mail them to me. Naturally, I assumed by the time that happened someone else would have scooped up her Morris chair while I was anxiously waiting for the mail carrier to amble up my sidewalk. 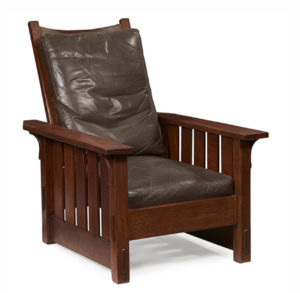 Gustav Stickley Morris chair, #332 from Eastwood, NY. The chair is made of oak with a branded signature with the dimensions of 31″w x 38″d x 40″h. Image and description courtesy of Toomey & Co Auctioneers.

As she described her chair to me over the phone, I was mentally building an image in my mind of a Gustav Stickley flat arm, model #332, Morris chair. Everything about it seemed right: the corbels and the number of slats beneath the arms, the adjustable back, the pegged joints, and the exposed tenons.

I gingerly asked about any sign of a small red decal, but she confessed that her eyesight wasn’t very good and her house was dark, both of which were true. She was getting ready to move into her daughter’s home, she added, so she was selling most of her furniture and had heard from someone that I collected Arts and Crafts.

Realizing then that other people might that very day be coming into her house to see what she had for sale, I began to panic, thinking someone would see her Morris chair and say, “That looks like a Stickley. They’re worth thousands of dollars.”

I couldn’t get there until the next day, so I plunged ahead, making her a generous offer and getting her to promise that she would not sell the chair to anyone else.

I arrived the following afternoon with my Dodge Caravan cleaned out and ready to haul my Morris chair back home. As she slowly walked me through her house I could see my chair ahead in her living room, surrounded by packing boxes. It was exactly as she had described, with one exception.

It wasn’t oak. It was poplar. 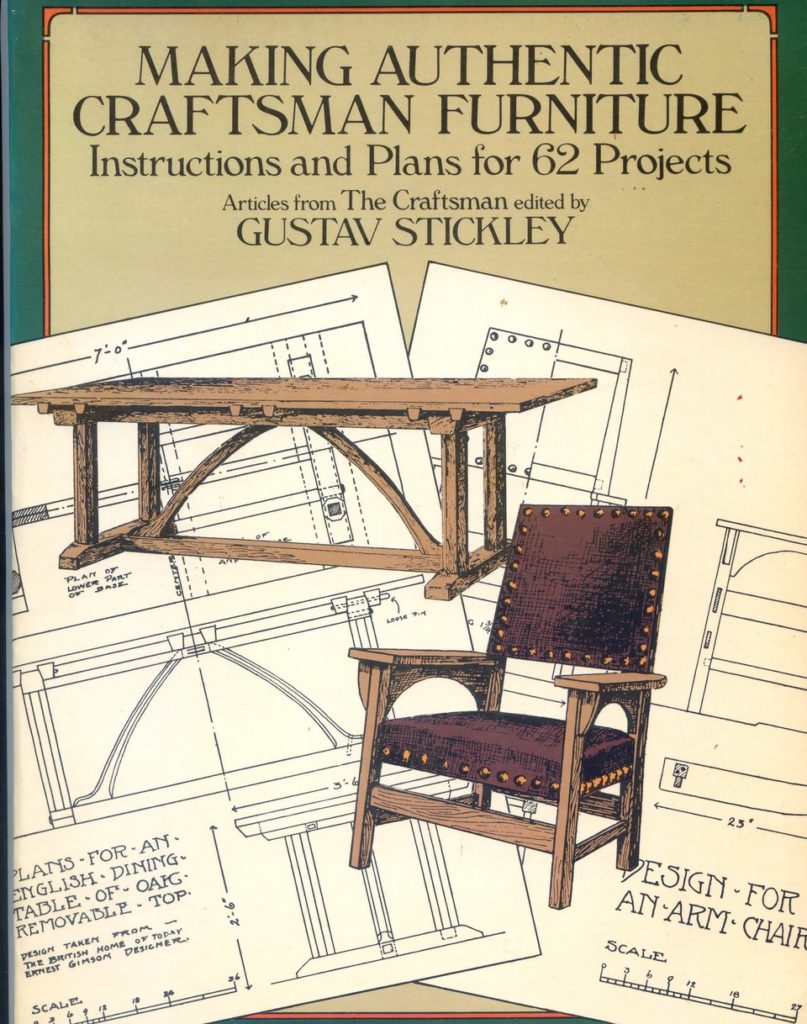 What I had just bought was a high school industrial arts project, an accurate copy of a Gustav Stickley Morris chair, probably made using plans Stickley had published in his magazine and books. And just to throw a little salt into my wound, it wasn’t even all that old. As I handed her an envelope of cash, I had to ask its history.

“Oh, I don’t know. My late husband brought it home. He was always buying up stuff at sales.”

Needless to say, it was a memorable day, one which I rationalized by saying that the lesson I learned has probably saved me thousands of dollars since then.

But — it was still a long drive home. 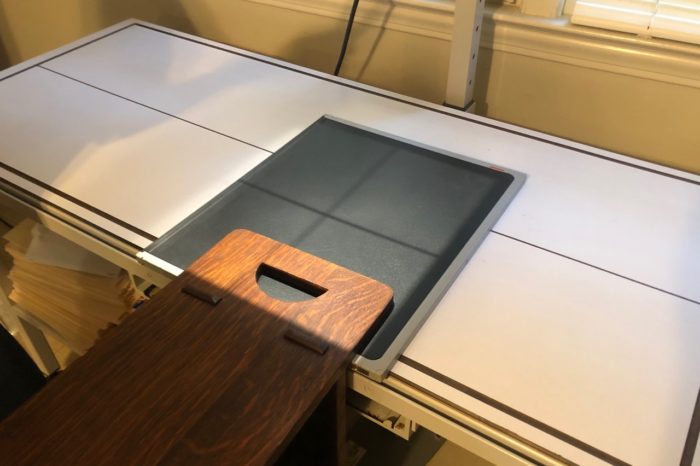