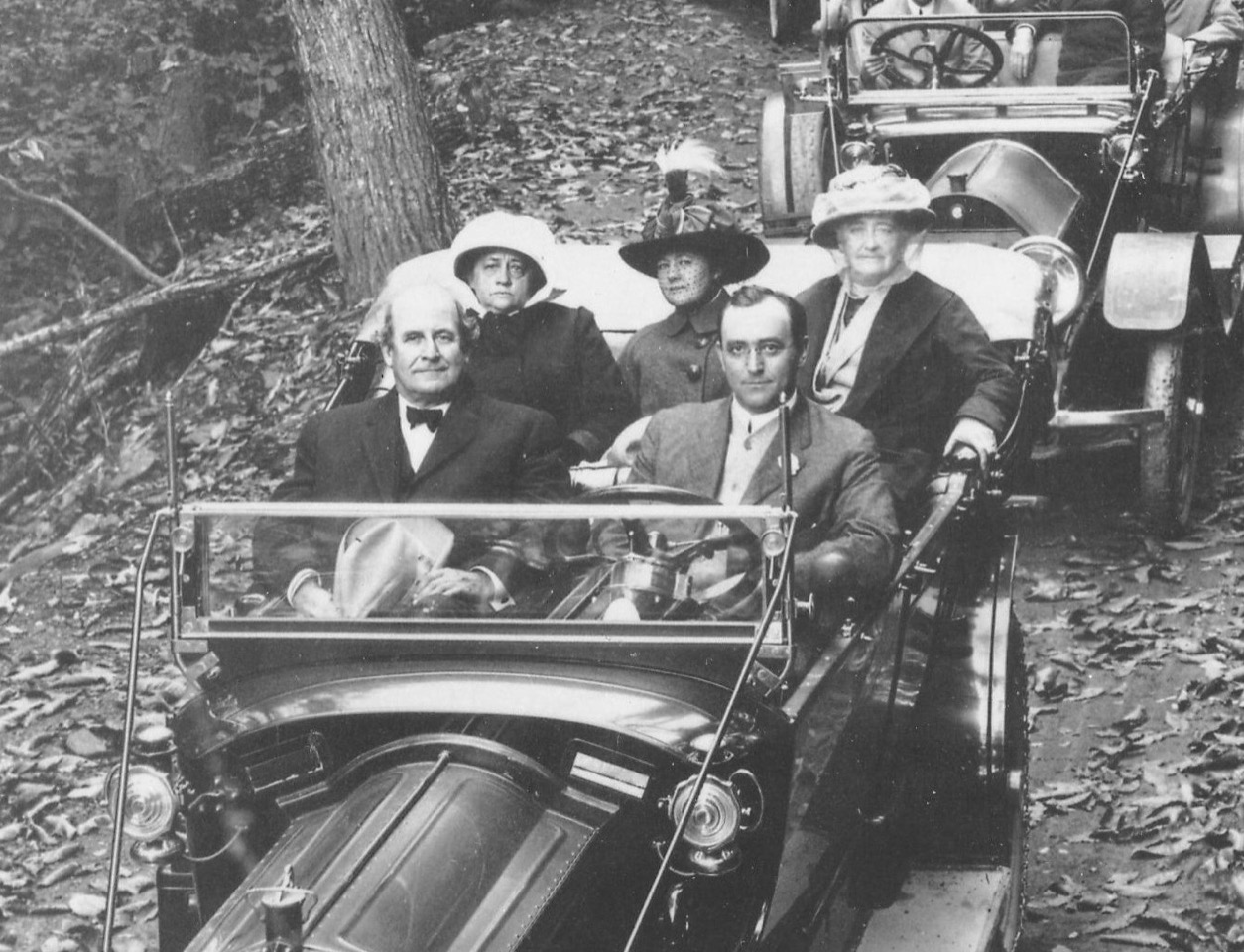 This time of year my journeys are pretty much restricted to trips to the post office, the printer, and the Grove Park Inn, as we are in the midst of our final preparations for next month’s 35th National Arts and Crafts Conference. The conference and shows will be smaller than in 2020, when we last met in person, but we are determined not to sacrifice quality or service.

It will seem different wearing masks in our discussions, demonstrations, seminars, and shows, but that may well remain a part of our new normal for months to come. In addition, we are spreading out many of our booths, providing shoppers with ample room to peruse the quality selections of furniture, pottery, metalware, and artwork which our antiques dealers have been setting aside for the GPI, and which our contemporary craftsmen and craftswomen have been creating this winter in their studios and workshops. 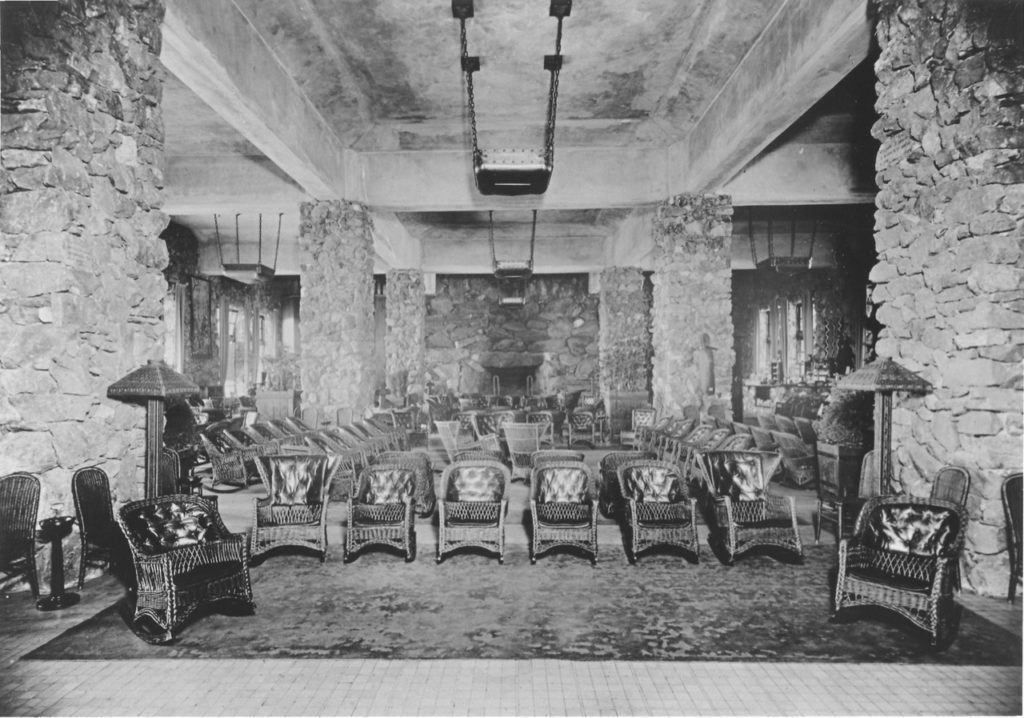 The Grove Park Inn has always seemed like a sanctuary from the outside world. Guests who arrived during the Arts and Crafts era stayed not for a night, but generally for days, if not weeks at a time. General manager Frederick L. Seely took special care of his guests, who often included wealthy industrialists, entrepreneurs, politicians, and entertainers. Guests were assigned a specific table for all of their meals, each generally presented by the same waiter. Movies were shown nightly in the Great Hall, where guests also enjoyed afternoon music recitals and lectures. Downstairs they could swim in the indoor pool, bowl on one of three lanes, shoot a game of billiards, or grab a racket for one of the two outdoor tennis courts. Hikes and horseback rides up Sunset Mountain were also available, later to be supplemented with automobile tours in and around Asheville. 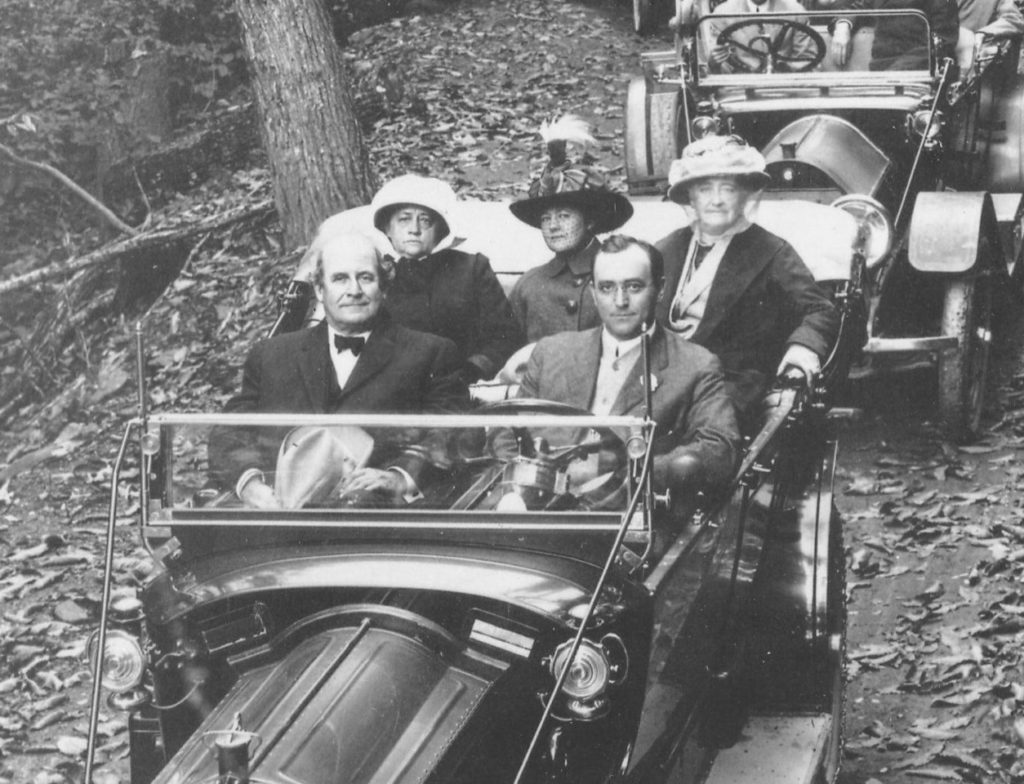 Although he sired five children himself, Fred Seely (on the right, beside William Jennings Bryant) preferred that his guests leave their children at home. When they didn’t, he assigned them to one of the cottages he and his father-in-law, owner Edwin Wiley Grove, had built on the grounds. Near the cottages once stood Sunset Hall, a dormitory intended for hotel staff who could not travel home each night, as well as for servants their wealthier guests brought with them. 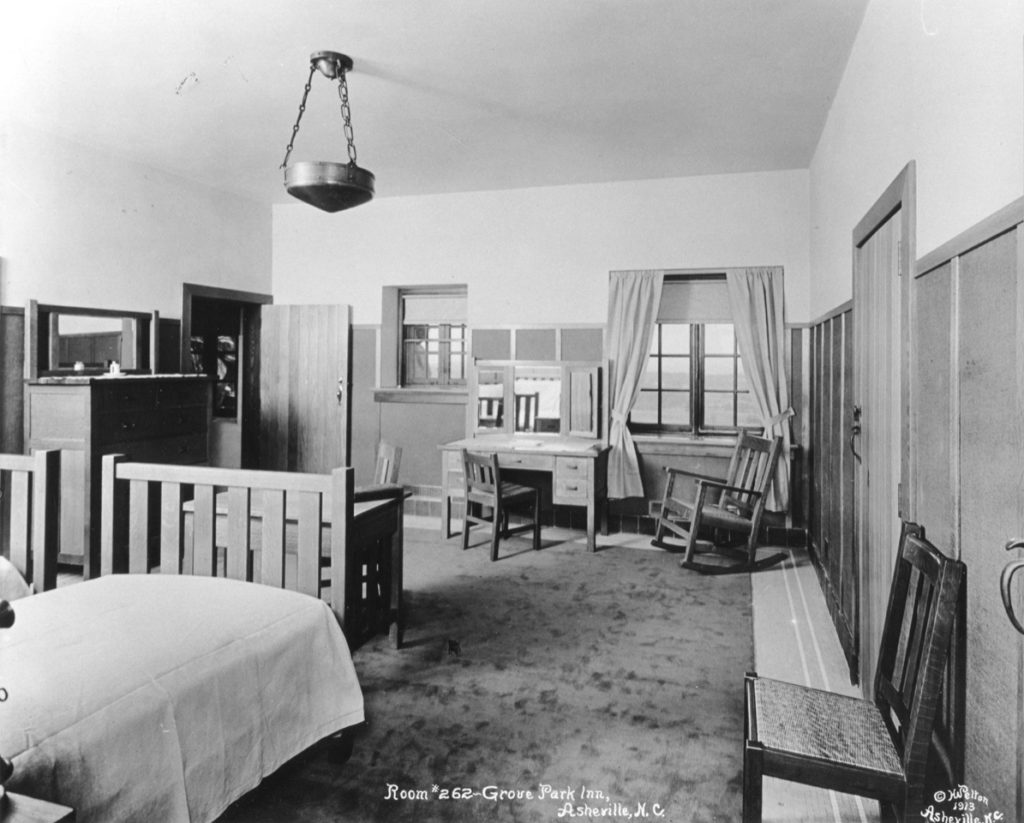 The 1913 Arts and Crafts furnishings for the resort hotel were personally selected by Fred Seely, who had been a friend and client of Elbert Hubbard for several years. Seely not only introduced thousands of guests to the Arts and Crafts style, he also made it easy for them to take examples home. His gift shop, originally located where the front desk is now, featured art pottery by Newcomb, Roseville, and Pisgah Forest, hand-carved bowls and picture frames by Biltmore Industries, hammered copper lighting and metalware by the Roycrofters, silver jewelry by Asheville’s Stuart Nye, and hand-woven Cherokee baskets. Guests could also place orders there for Roycroft furniture to be shipped to their home. 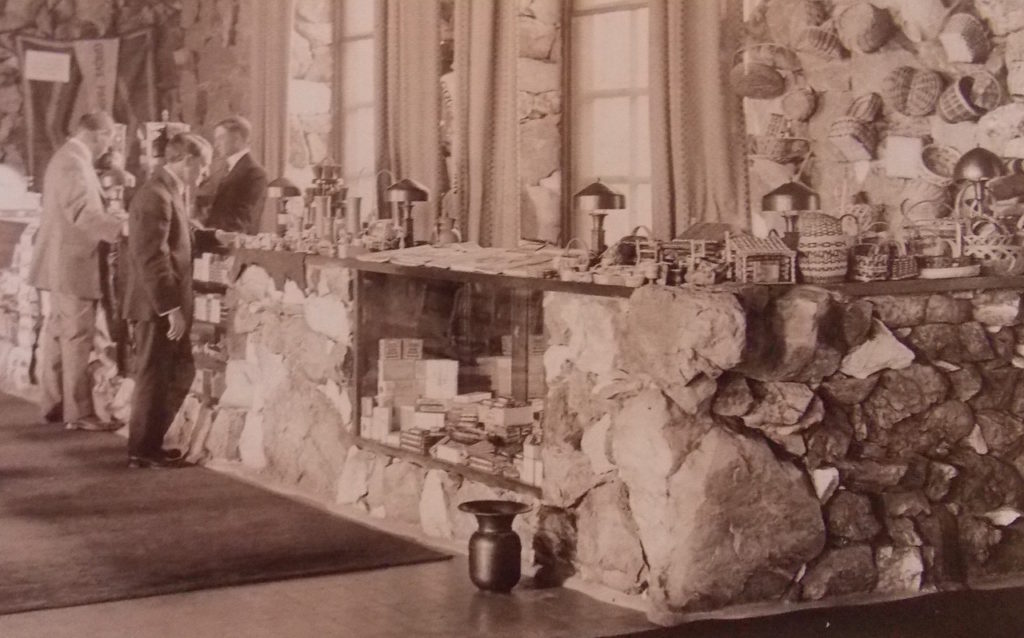 Like the rest of the world, during the 1950s the Grove Park Inn didn’t quite know what to do with its Arts and Crafts furnishings and legacy. Some were lost, but enough survived and were supplemented with quality reproductions to enable later owners to recognize and showcase the Arts and Crafts heritage of this grand resort hotel.

“When I come up Macon Avenue and see that red undulating tile roof, I feel like I have come home.” – David S. 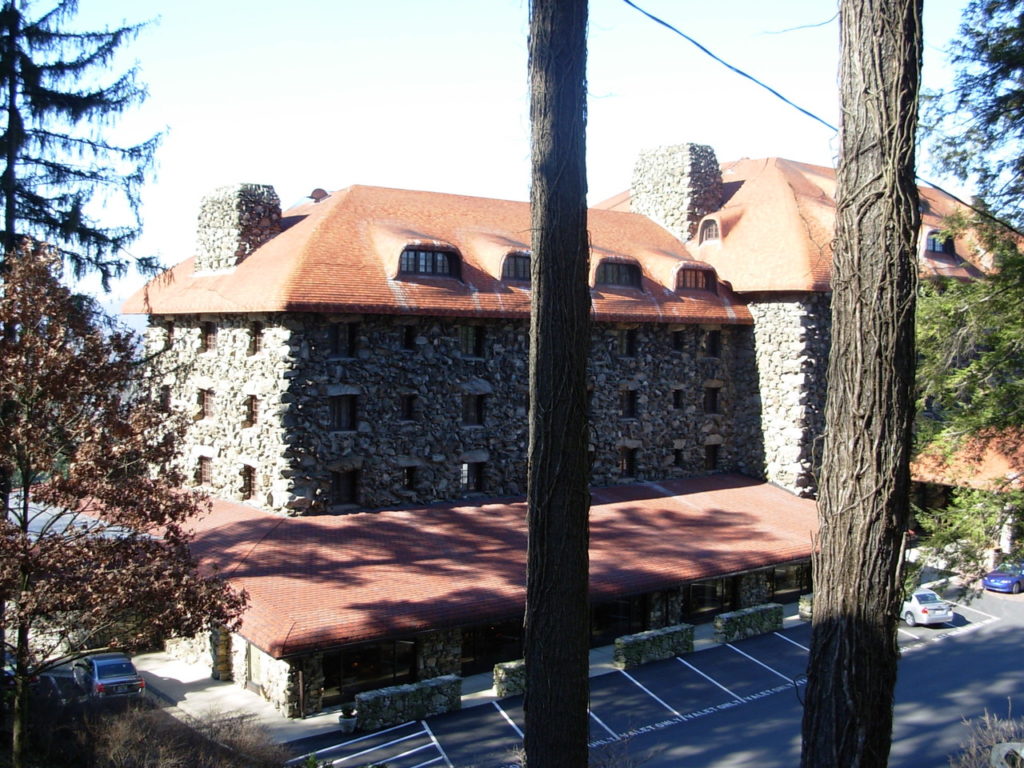 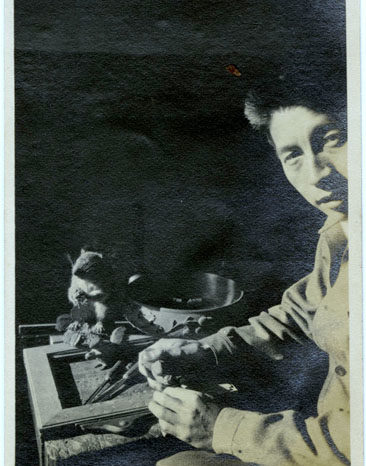