Looking Back – and Forward 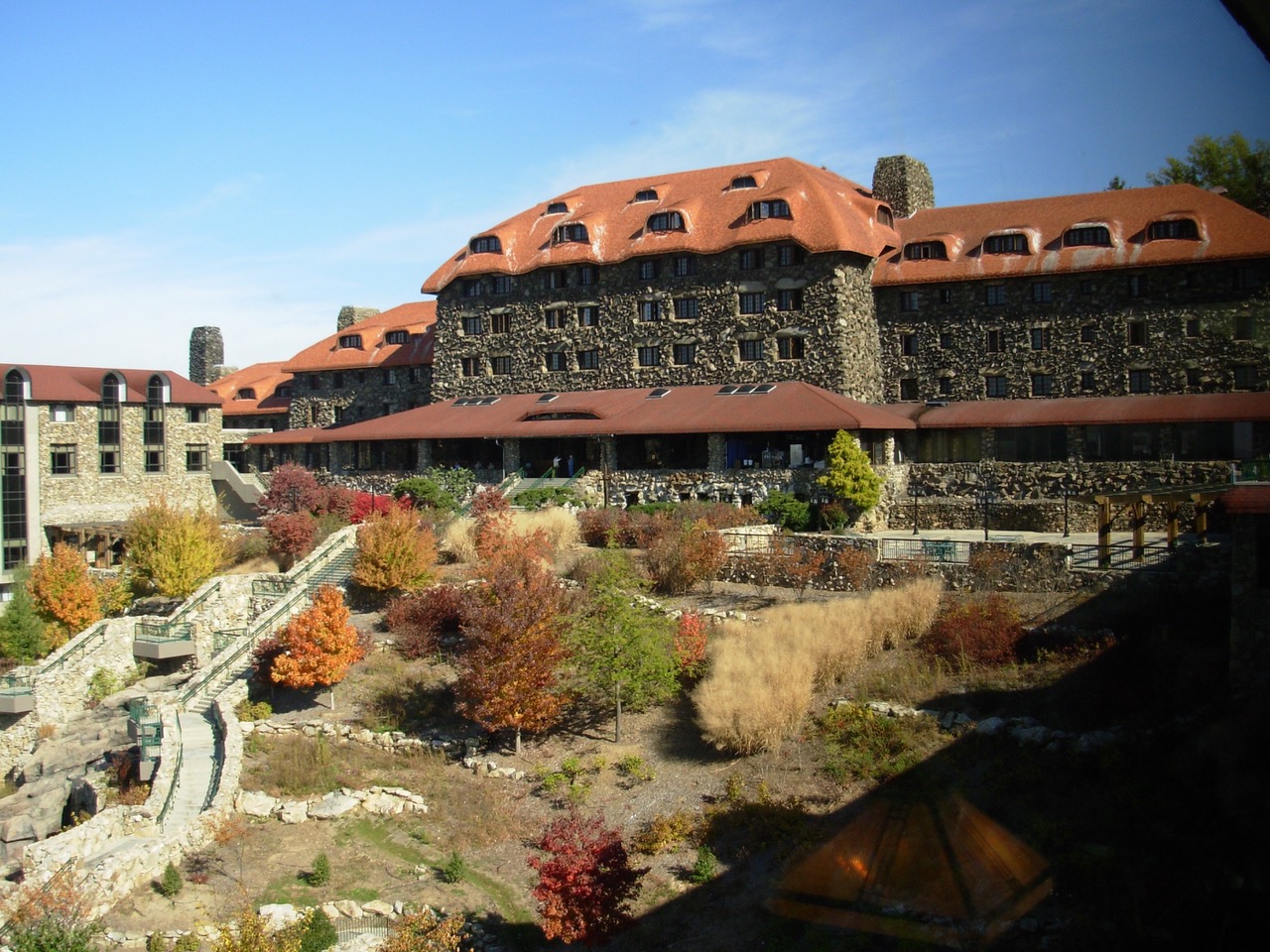 Looking Back – and Forward

Even though we won’t be meeting in February at the historic 1913 Grove Park Inn for the 34th National Arts and Crafts Conference, I could not resist the opportunity to make another trip back up Sunset Mountain last week to the iconic resort hotel. 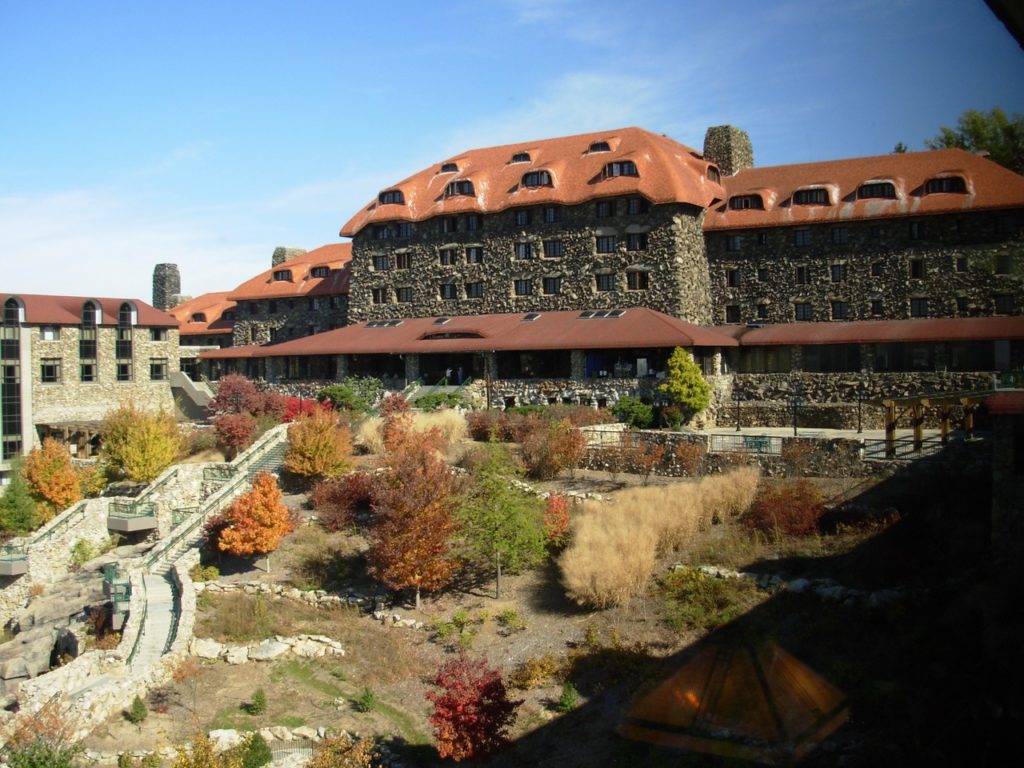 I don’t think I will ever tire of rounding the last curve in the road and seeing the red tile roof gleaming in the afternoon sun, shading the gray granite rocks hundreds of workmen pulled out of the ground and hauled in wagons to the building site. Having built a few rock walls myself, I always am reminded of a piece of advice one architect gave to the general contractor: “Carefully calculate how many rocks you will need – then double it.” 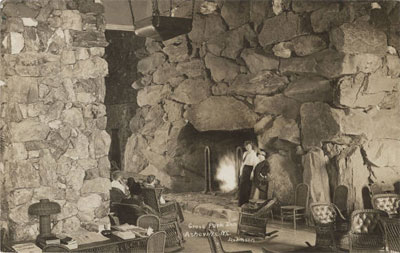 None of the rocks used to build the Grove Park Inn were blasted from a quarry, but instead were carefully pried out of the leaf-covered hillsides where they had lain for centuries. Stonemasons were instructed not to brush off any moss they found, but to let the moss show to achieve the effect of an ancient structure. They also pushed the wet mortar deep into the recesses between the rocks, staying true to Frank Lloyd Wright’s theory of organic architecture: that a building should look of the site, not on the site. From across the valley, on a fall day the Grove Park Inn with its grey exterior and red tile roof almost looks like it grew up out of Sunset Mountain. 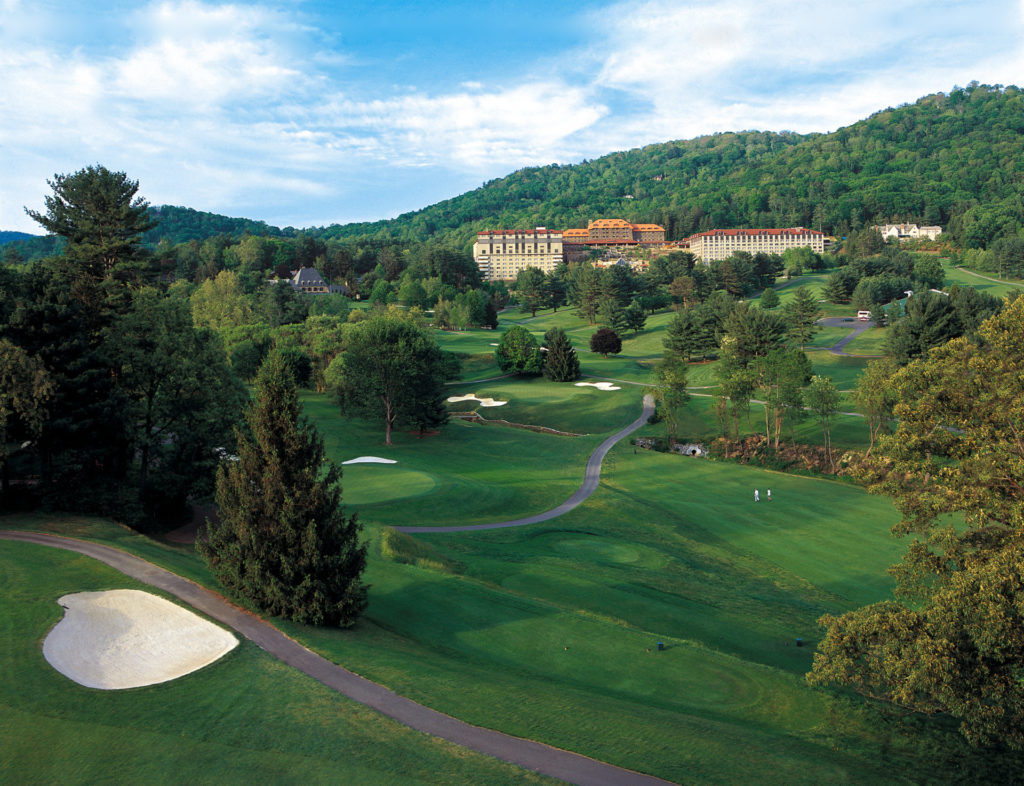 On this particular trip Kate and I were shooting a walking tour video to become a part of our virtual 34th National Arts and Crafts Conference next month. We typically offer in-person walking tours on the first day of each of our three-day conferences, but this year my virtual tour will be available to all registered participants during the month of February. Included are historic photographs from their archives, as well as portions of the hotel which Kate and I filmed while we were there.

I couldn’t even fathom a guess of how many times since 1986 I have stepped into the cavernous Great Hall with its twin, two-story fireplaces large enough to park a car and it’s nine massive Roycroft chandeliers, but it continues to stop me in my tracks every time. I’ve stayed in every type, brand, and style of hotel from San Diego to Boston, Seattle to Miami, and have never discovered a single one which comes as close to representing the Arts and Crafts movement — and which stands alone, unchallenged as the finest Arts and Crafts resort hotel in the world.

And while we will have to be content this year with a virtual walking tour of the Grove Park Inn, we are already making plans for February 18-20, 2022, when we will return to again celebrate the Arts and Crafts movement and its enthusiastic revival at the 35th National Arts and Crafts Conference.

For more information on this year’s virtual conference and shows, please go to www.Arts-CraftsConference.com. 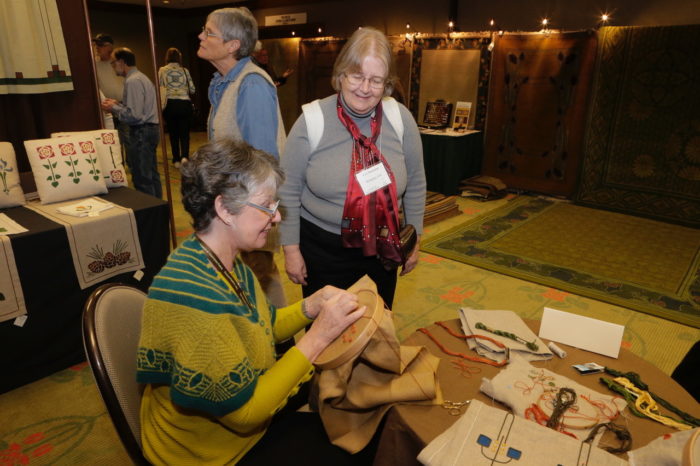