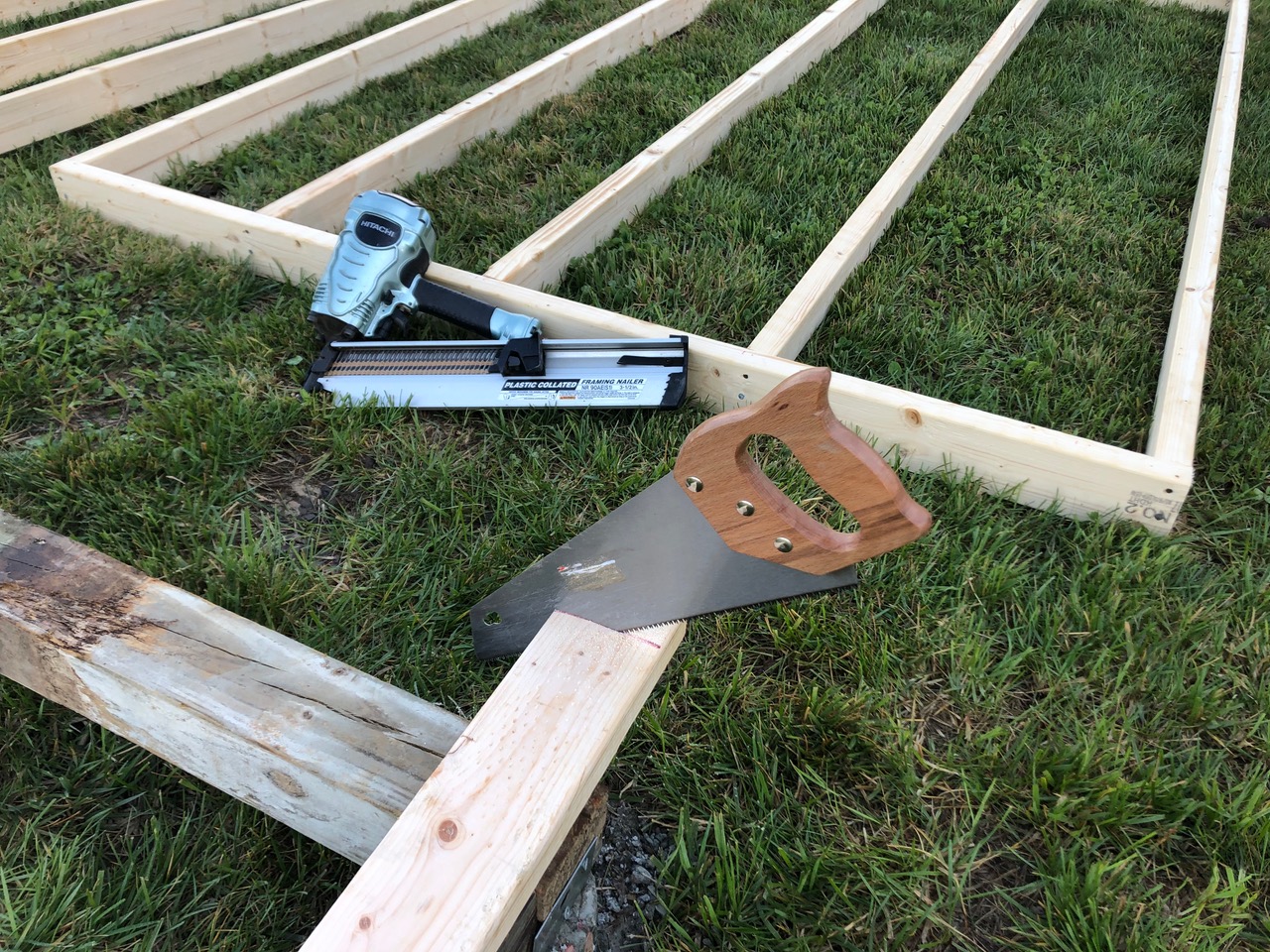 If you are planning a summer building project of any size, brace yourself for a shock.

First, the lumber aisles at Lowes and Home Depot are looking like the toilet paper aisle during the panic days of the pandemic.

Second, any wood you do find is (a.) picked over, and (b.) double or triple in price compared to last year. 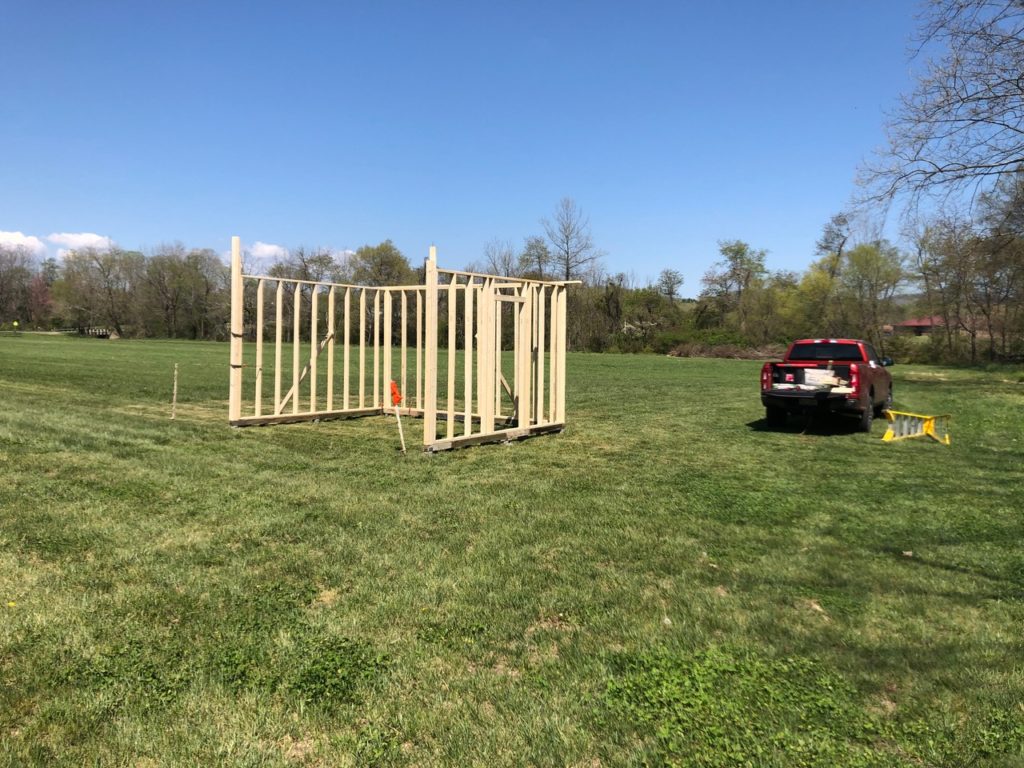 My spring building project is a three-sided, 12’ x 16’ shelter, called a “run-in,” for our two horses in what will be a new grazing pasture on our farm. For years our three existing pastures have provided enough summer grass for Stormy and Boone, but a March flood deposited three inches of silt and sand from our creek on top of the tender grass shoots, effectively choking them out. 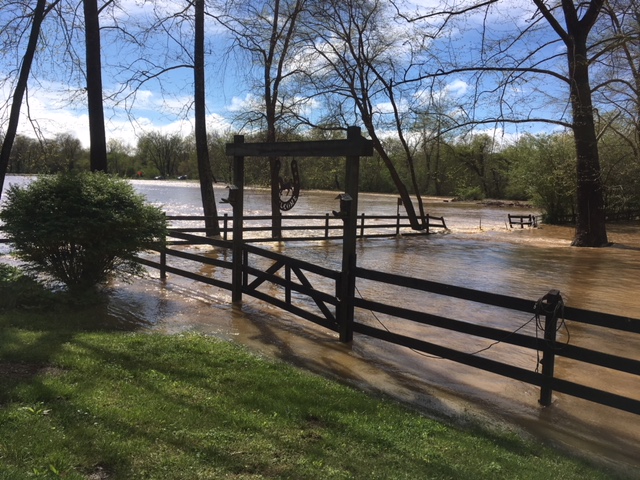 To replace the flooded pastures, we are going to fence off about two acres from our higher hay field, which means the horses will need both water and shelter from the summer sun. The run-in project is your basic Construction 101. Dig and pour 24” deep concrete piers every six feet, attach 4”x4” beams to them, and top the beams with 2”x4”x 8’ walls. 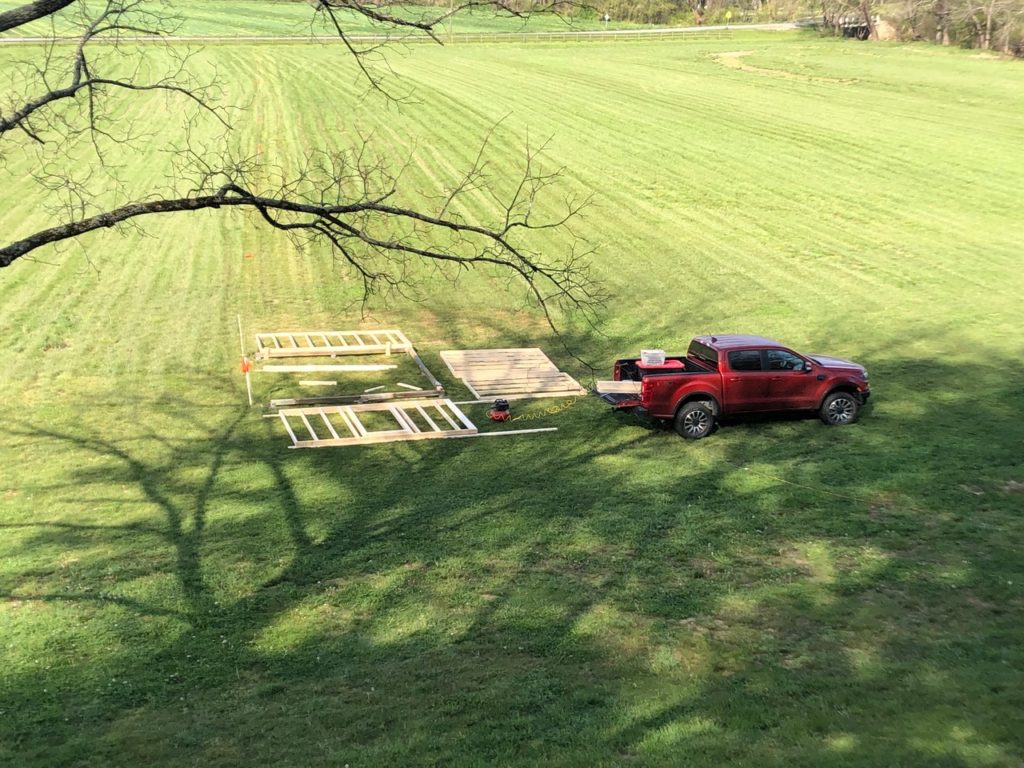 Assembling the three walls on the ground was easy, as was lifting them into place, especially compared to dealing with the shock of paying six dollars for each 2”x4”x8’ board that not long ago sold for around two dollars. Worse yet, the six-inch wide, twelve-foot long, tongue-and-groove pine siding boards I spotted at Lowes were now priced at sixteen dollars each.

Fortunately, Lowes had in stock the 80-some siding boards I needed, only because the less expensive boards had all been snatched up. Regardless of the price, I was so worried that someone would get to them before me that I was nearly the first one in Lowes the next morning. 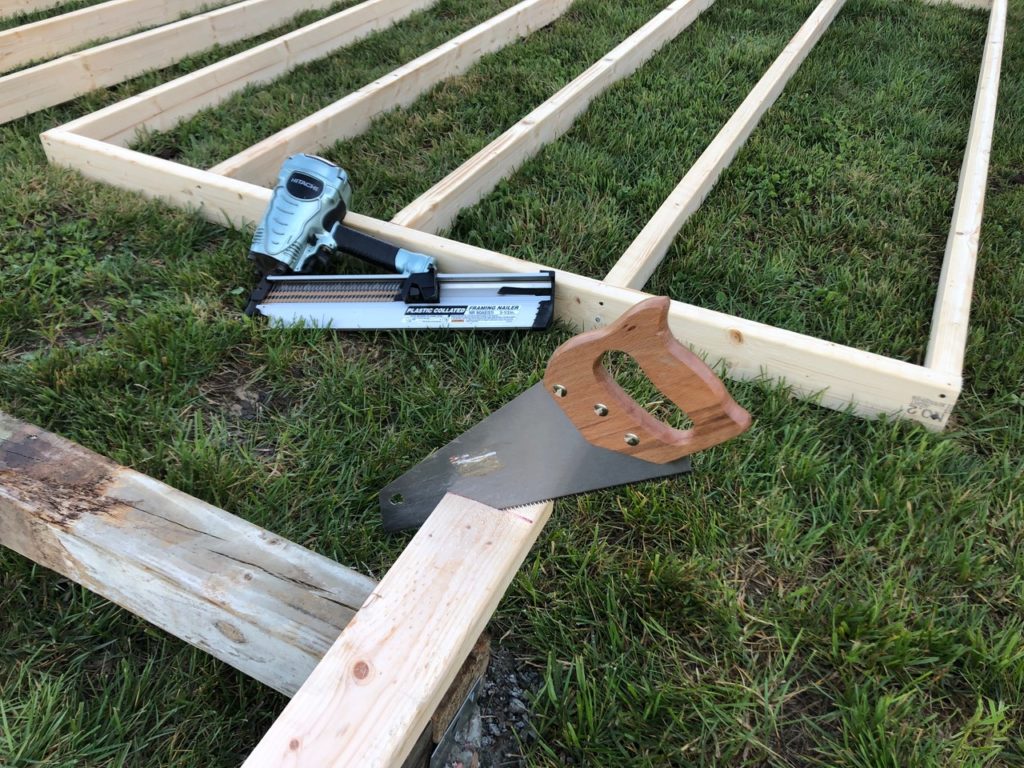 Working in a hay field compared to inside a workshop does require some adjustments. First, I had to string together 150-feet of extension cords for electricity from our barn. Second, I should have just put every tool I own in the back of my truck, for I spent most of the first two days going back and forth between the run-in and my workshop getting all the tools I needed. Finally, however long I thought it would take to build our run-in, I now will double it, for working outside is an open invitation for every neighbor to pull up next to me in his pickup, lean out the window, and ask, “Whatja buildin’?”

But I love a building project and this one is no exception, even if it is just a run-in. And whenever I question what it requires, I am reminded of a wise saying: “Long after you have forgotten how much it cost or how long it took, you’ll remember how good it looks.”

“It is just as desirable to build a chicken house as to build a cathedral. The size of the project means little in art, as it is the character that really counts.” – Frank Lloyd Wright 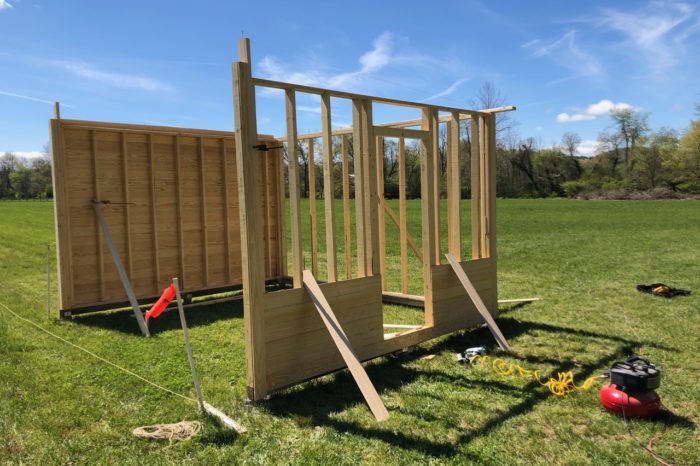