Mottos To Live By 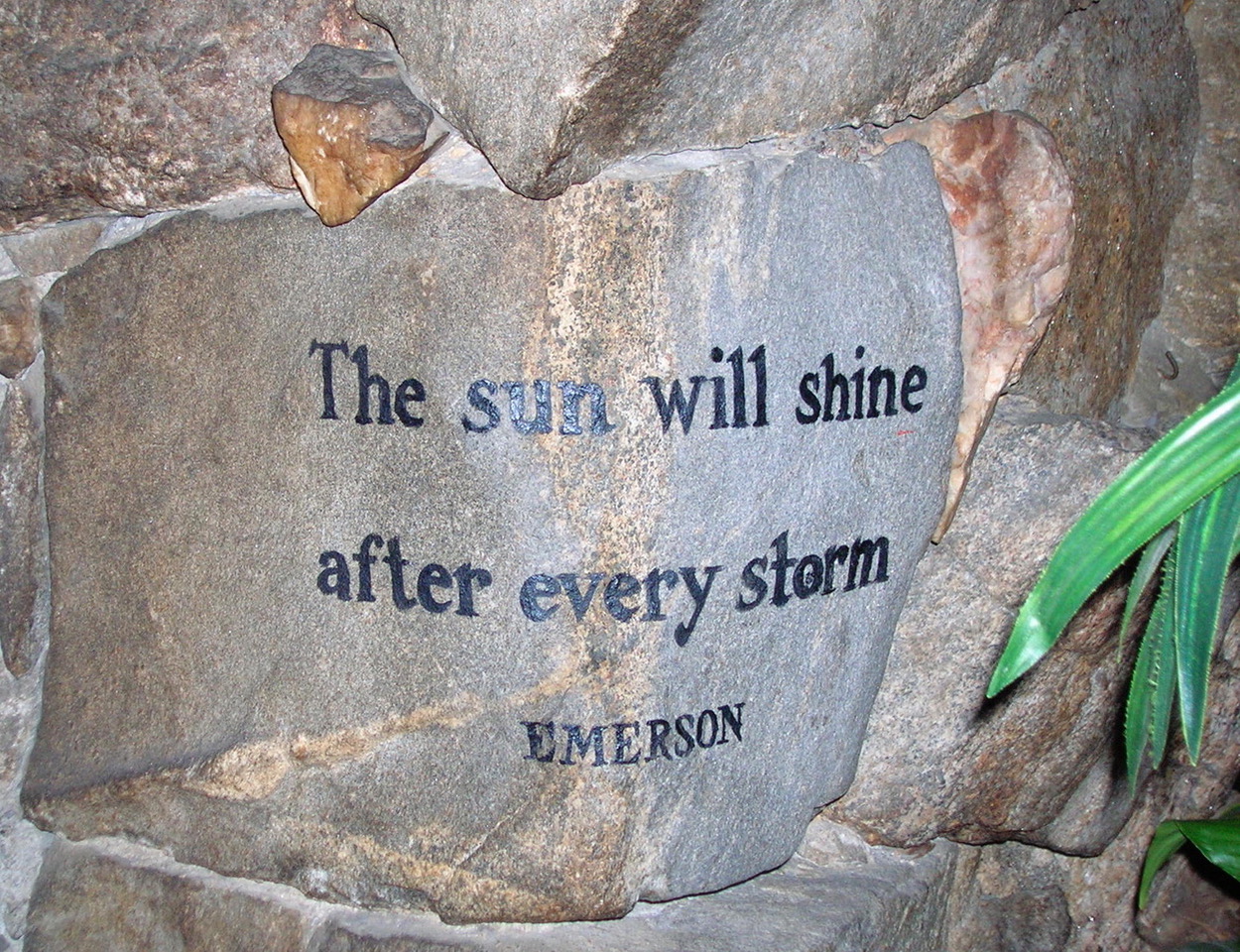 Mottos To Live By

Some people call them clichés.

Intended to inspire confidence, diligence, hope, and common sense, Hubbard could whip off a half dozen even before he had finished his Cream of Wheat breakfast. Originally displayed in the Roycroft workshops in East Aurora, they became so popular with the growing number of tourists whose curiosity brought them to the Arts and Crafts campus and the Roycroft Inn that Hubbard began printing them on his presses. 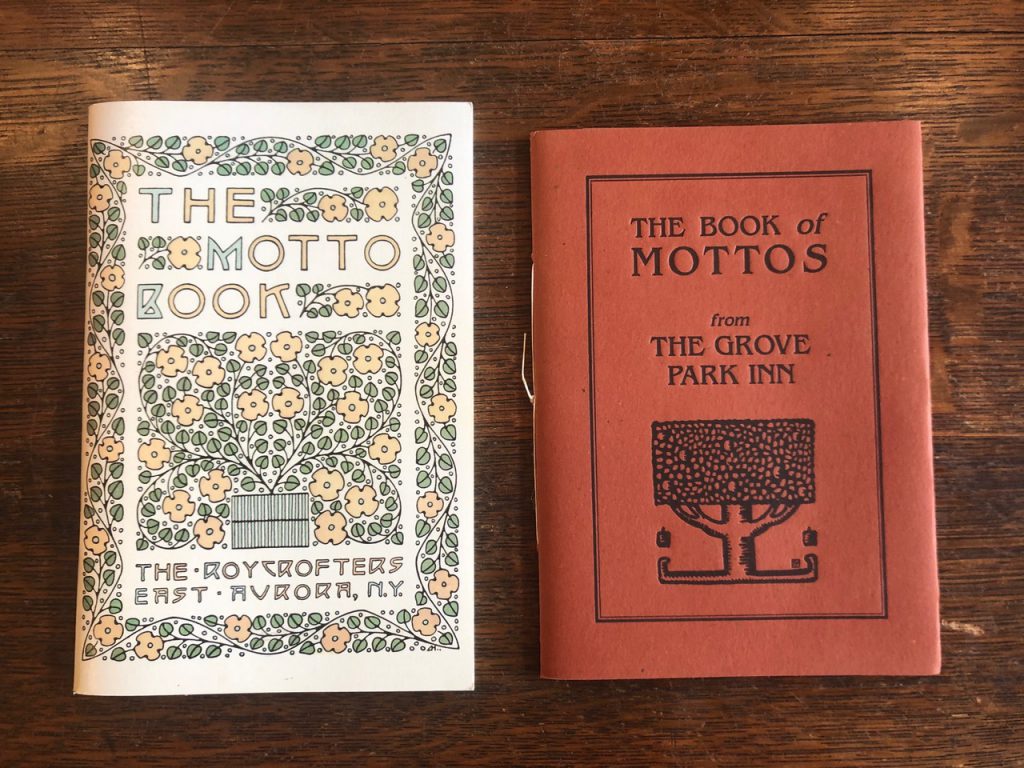 Many of the notecards-sizes mottos were slipped into his books before they were handed or mailed to his readers. Others were printed as broadsides, suitable for framing. Some were even carved into oak motto boards. All were offered at the campus gift shop or through their mail order catalogues.

Down in Asheville, North Carolina, one of Hubbard’s earliest and most loyal clients was Frederick Loring Seely, president and general manager of the 1913 Grove Park Inn. In addition to outfitting the hotel with Roycroft furniture, metalware, and lighting fixtures, Seely sold Roycroft merchandise in the hotel’s gift shop, including packets of motto cards. 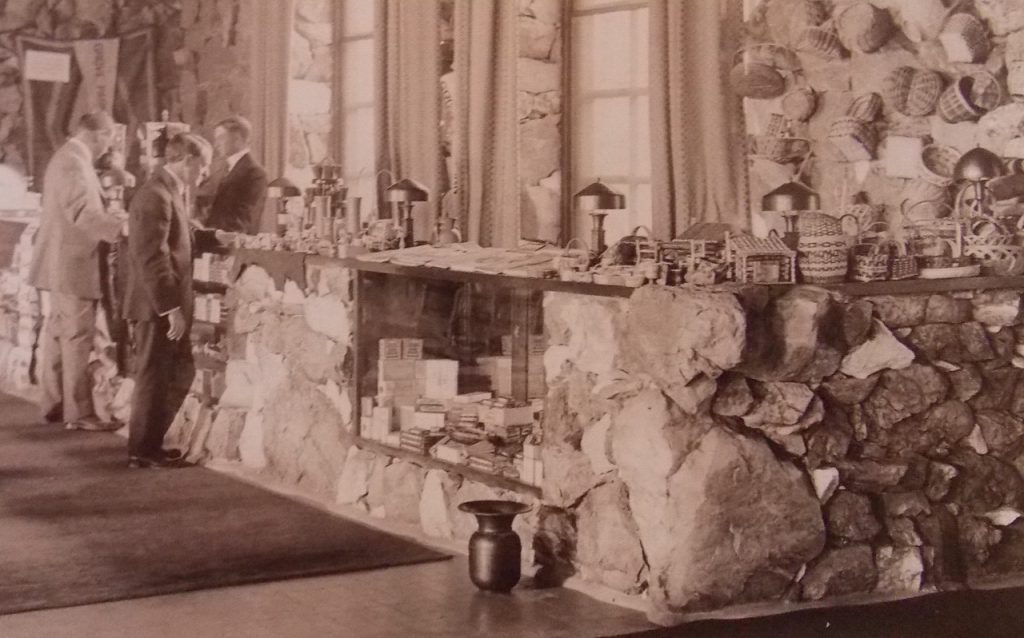 On the walls of the Great Hall, Seely instructed a local calligrapher to paint several mottos either borrowed from or inspired by Elbert Hubbard. Many have survived various remodelings and have since been repainted to make them legible once again. 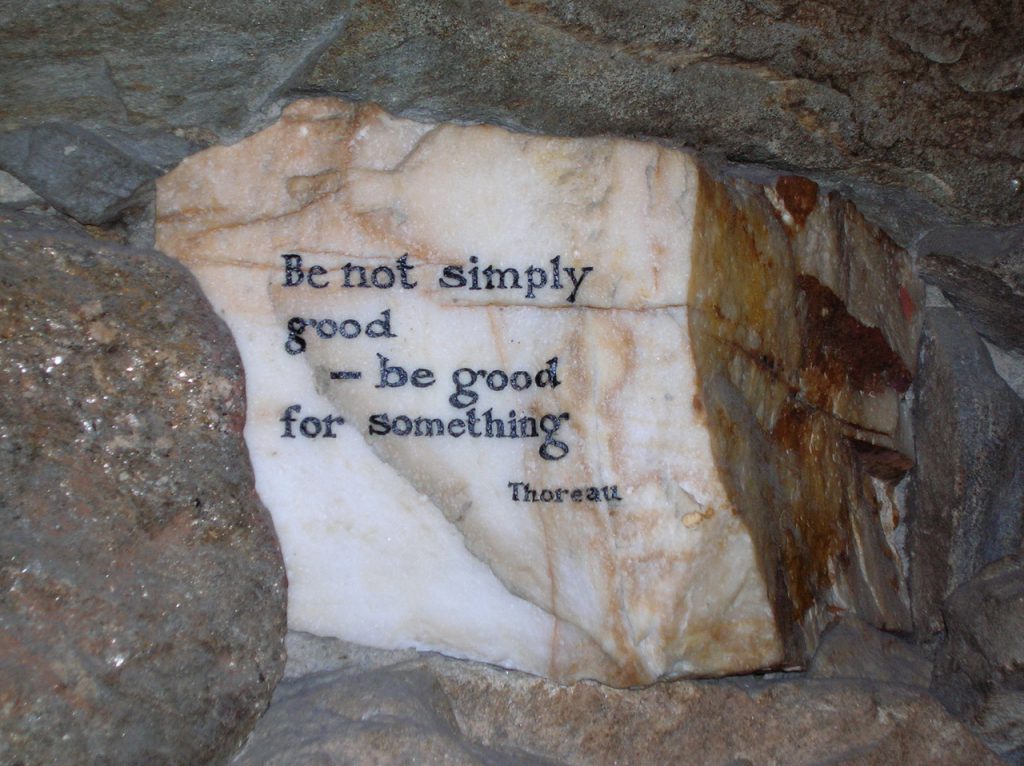 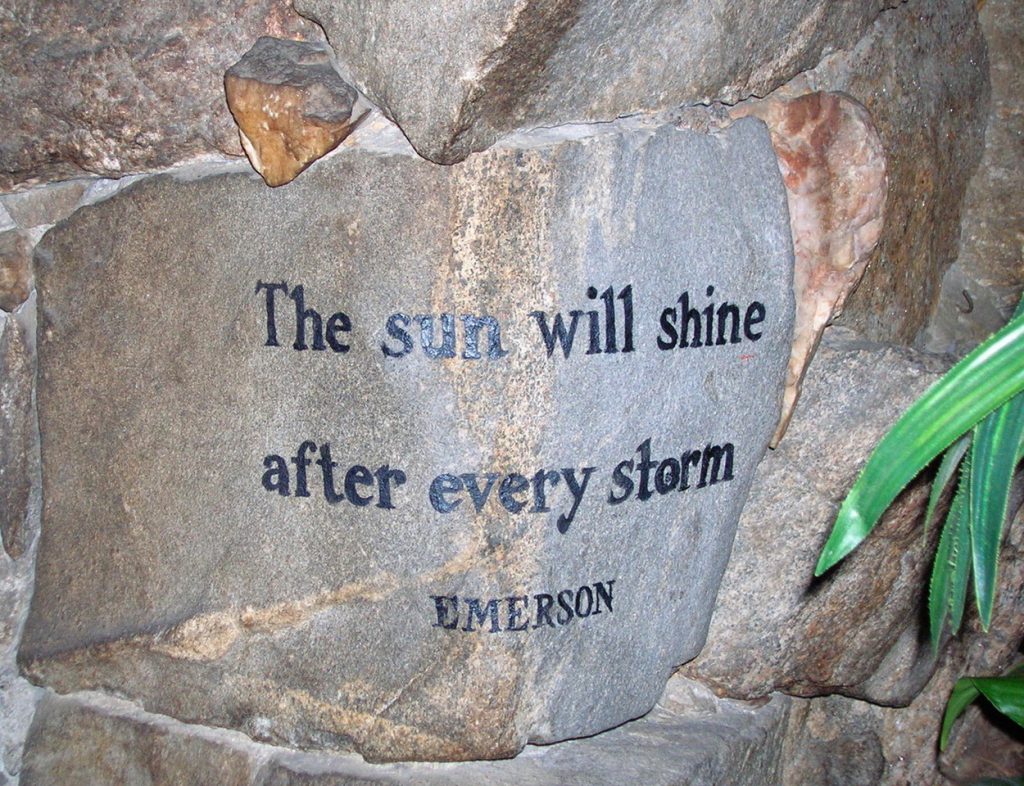 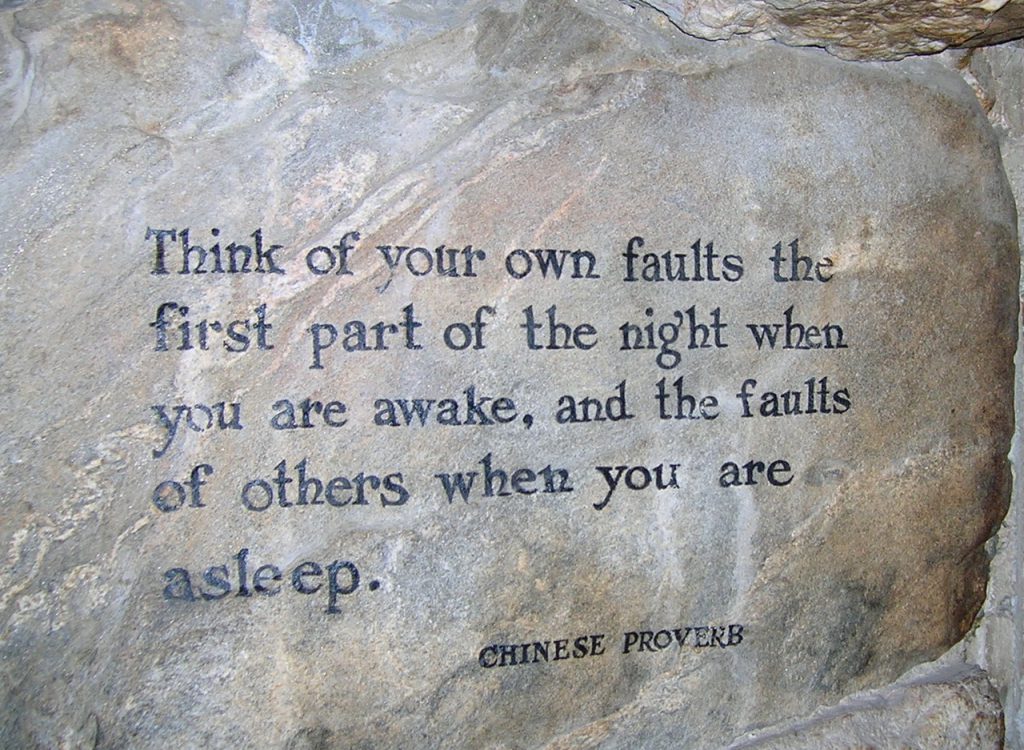 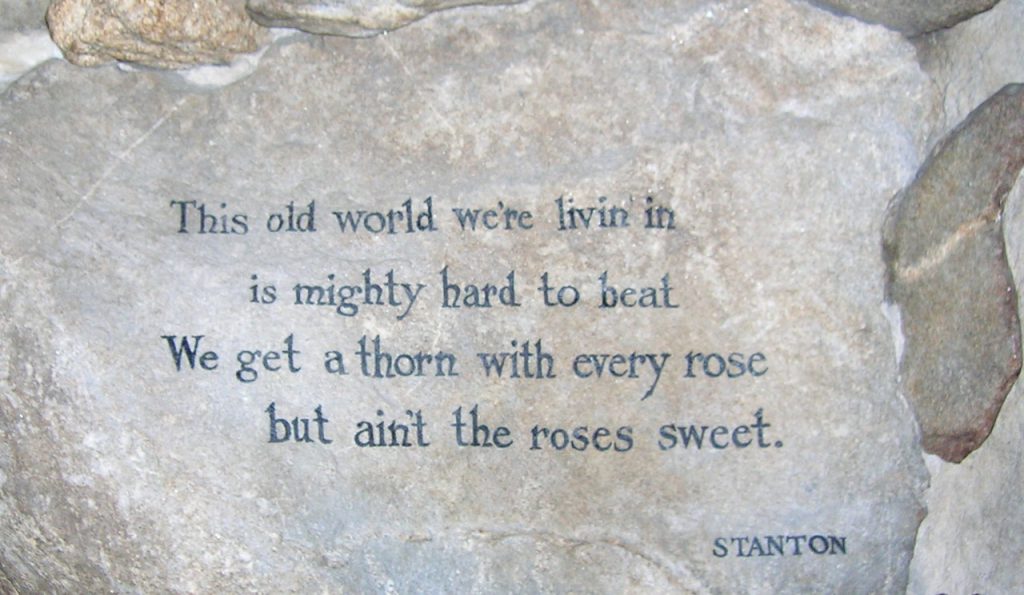 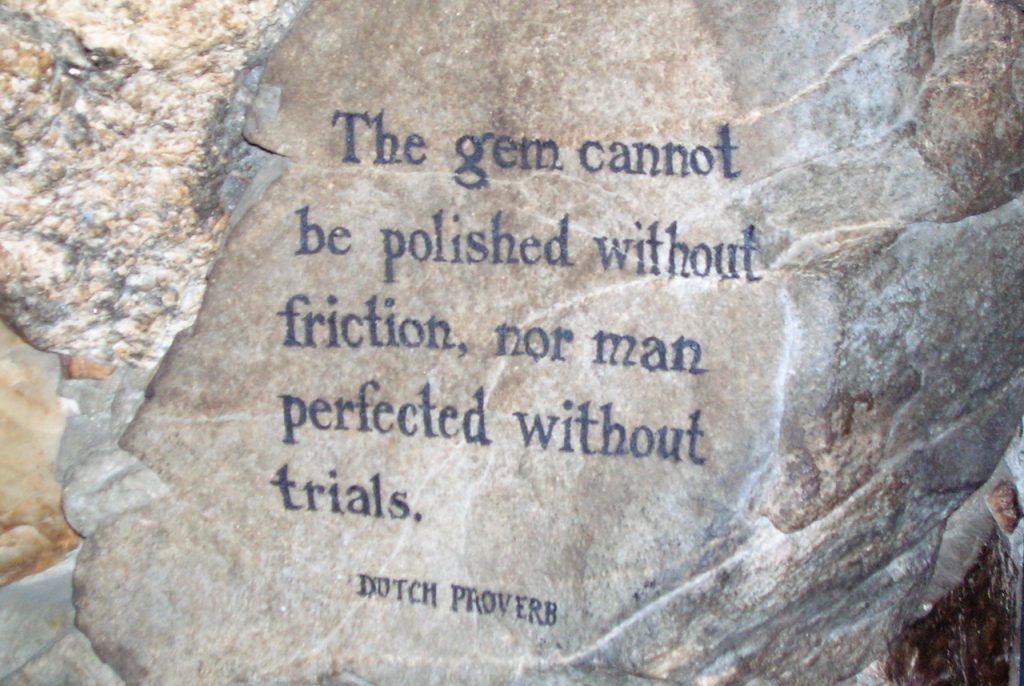 Corny as they may seem to a somber pessimist, they do continue to provide us with reassurance that despite whatever challenges we may face, the human spirit will not only endure, but will emerge even stronger. 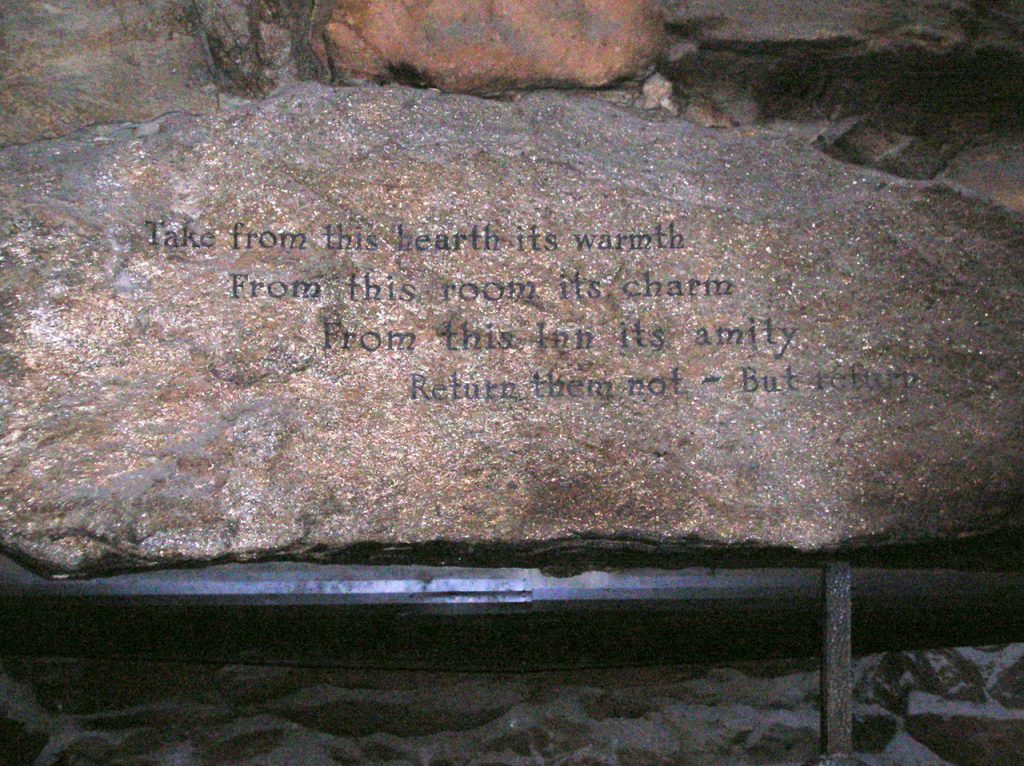 And the day will come when we will meet again, soaking in the Arts and Crafts warmth within the towering walls – and the mottos — of the Grove Park Inn.

“There is no failure except in no longer trying.” – Elbert Hubbard 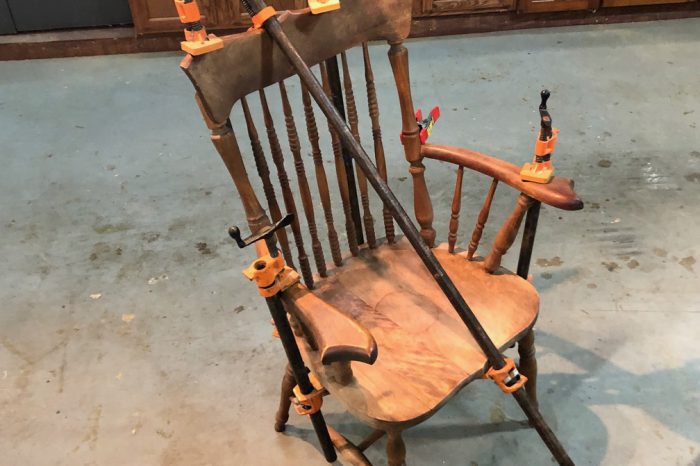