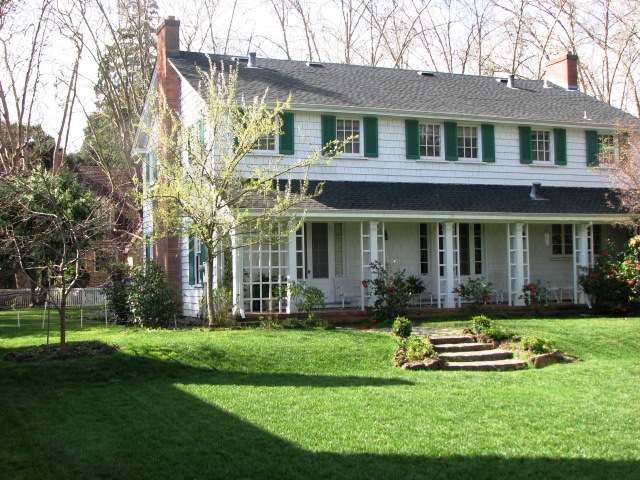 As I clicked the “Leave Meeting” button on my two-hour Zoom hosted panel discussion on the state of historic preservation — an offering for both the online conference attendees and a free open forum for the general public — I felt the need to take a deep breath. Closing out the sixteenth and final Zoom session meant a little rest could be taken and as I indulged, I replayed the entire session back in my head starting with my own little introduction to what historic preservation meant to me in my own hometown.

My short introduction can be summed up in two statements: every hometown has an architectural legacy and the fight to save historic homes everywhere is still making the news. One of the few slides I had showed a sampling of news articles I had taken in the past two weeks; the graphic showed five articles but there were far more articles that I just couldn’t fit on that slide. I felt happy to give my own hometown of Petaluma, California a nod for its commitment to ensuring an appreciation of its historic homes. Petaluma happens to be the historic egg and butter capital of the world and be located next to a river, an important stopping point for boats shipping supplies to the San Francisco bay area and thus attracted a WIDE variety of citizens from all over the world wanting to restart their lives on the California Coast. Victorian Mansions, Spanish style bungalows, Mediterranean villas, Colonial Revival – all of these styles can be easily found in the historic protected streets of old Petaluma. While searching for little reminders of my hometown, I found a reminder of an historic architect who’s been in the recent news. 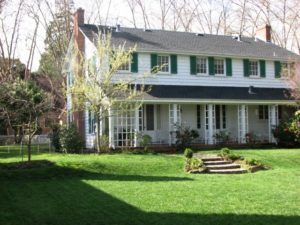 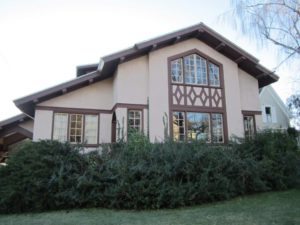 Julia Morgan, famed American architect, is best known for her work on Hearst Castle and recently, the titular figure in author Victoria Kastner’s new biography Julia Morgan: An Intimate Portrait of the Trailblazing Architect. While paging through images, I eventually saw two images in my hometown with the famous architect’s name as the designer. While one looked vaguely familiar, the owner of the white and green house on a one-third acre located downtown known as the Hilligoss Estate was lived in by the city’s mayor Patti Hilligoss. In a 2001 article of the San Francisco Chronicle, the mayor’s daughter remembers hearing the name Julia Morgan and excitedly calling her mom, the former mayor. Former Mayor Hilligoss’s response? “We have the plans here in the cupboard. It was no big deal.” It was listed in 2001 on the market for $1.25 million.

The house was initially designed by Morgan and made for Petaluma poultry businessman H.S. Scrutton in 1925 and featured architectural details such as a fireplace with a hand-carved wooden trim, oak floors, original shelving and cabinets, and a “hidden door” to expose a tiny narrow room. The latter was apparently a favorite of Julia Morgan-designed houses. Needless to say, the Hilligoss family was reluctant to adjust the home to their needs.

The works of Julia Morgan can be found all over the state of California, even the California State Parks released a brochure on notable works featured throughout the state. The brochure pointed out to my further surprise that Morgan designed a memorial to celebrate the California Federation of Women’s Clubs decision to purchase an old-growth Redwood tree grove. Entitled “Hearthstone” four stone fireplaces are united with one chimney to symbolize the organization’s motto “Strength United is Stronger.” This landmark is located in the county that I spent my 20s in and I completely forgot about Hearthstone until this brochure brought me back.

Needless to say, I went to purchase the new biography on Julia Morgan the next day and hopefully I’ll see my hometown in its pages.

My buildings will be my legacy… they will speak for me long after I’m gone. 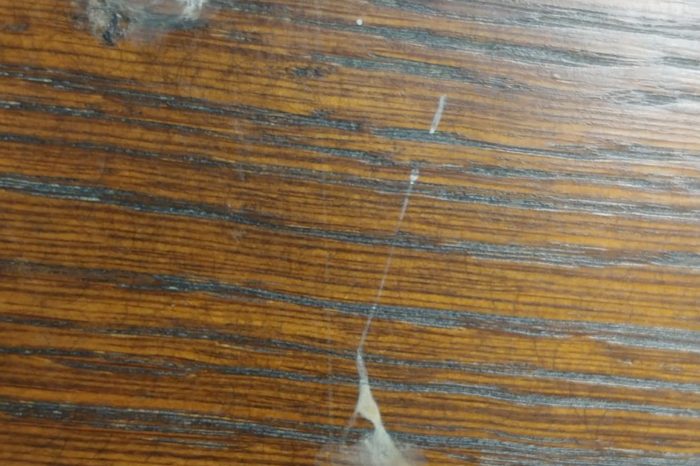