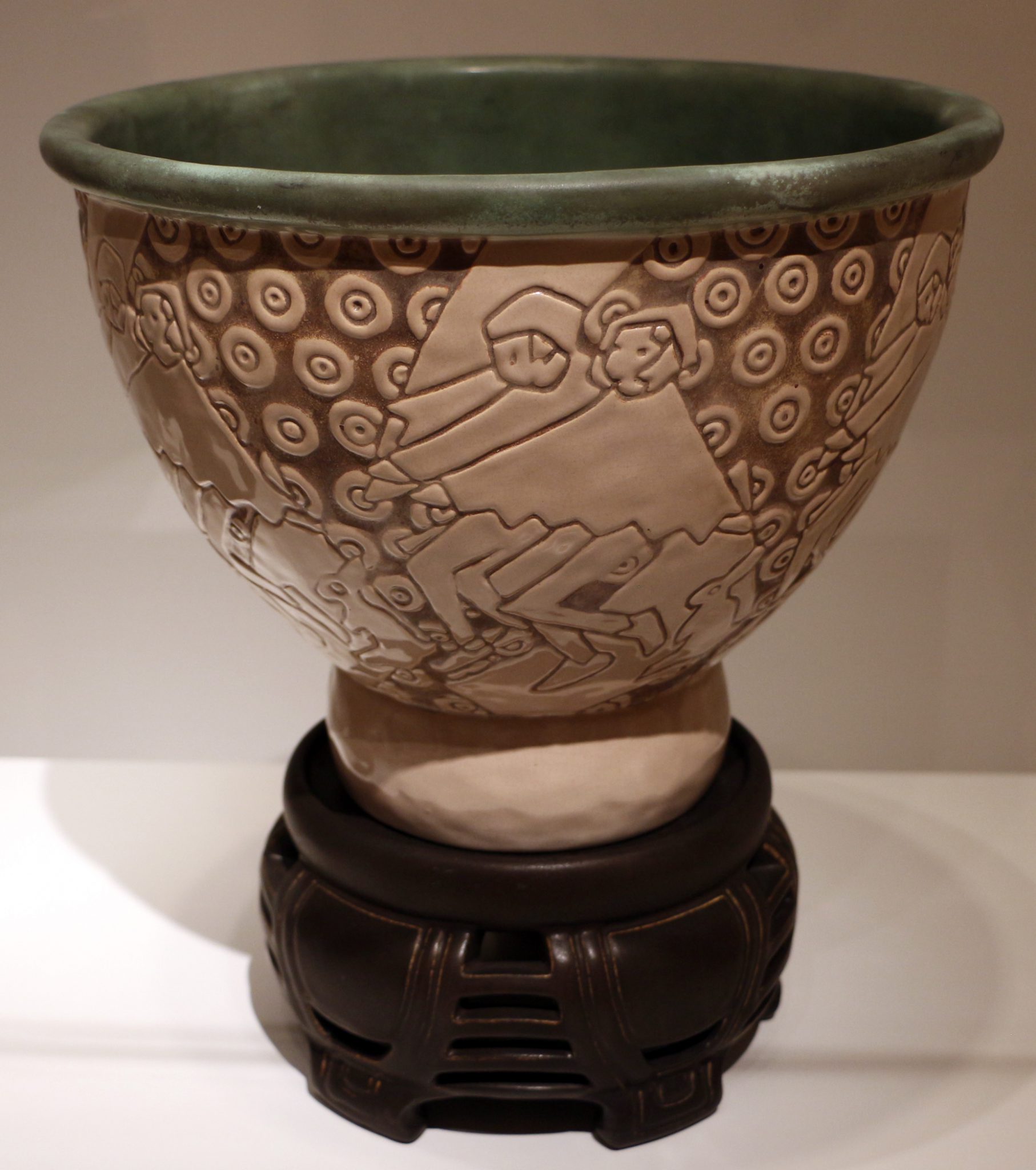 Sometimes the most fascinating little journeys don’t even require a plane ticket or a set of car keys. I took one this morning that didn’t even require me getting out of my chair or closing my laptop.

I have been working most mornings on my next book, exploring the lives of Eleanor Vance (1869-1954) and Charlotte Yale (1870-1958), two unsung Arts and Crafts pioneers who established two North Carolina Arts and Crafts cottage industries to train young men and women: Biltmore Industries in Asheville and the nearby Tryon Toymakers and Woodcarvers.

At the age of 19, Eleanor took woodcarving classes at the Cincinnati School of Design, where in 1888 she would have known Margaret Overbeck, later of the famed Overbeck Pottery. When I saw an obscure reference buried in a footnote that Margaret Overbeck had died in 1911, the same year she and three of her sisters had started Overbeck Pottery in their Cambridge City, Ohio, home, I became curious and began digging deeper into the story. 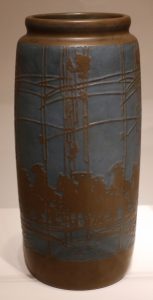 To begin with, their father’s name was actually John Overpeck, who was a German farmer and cabinetmaker who died in 1904. Their highly creative mother, who passed away two years later, taught their children a variety of skills, from quilting and weaving to music, painting, woodworking, and ceramics. In 1911, the year Margaret convinced her three younger sisters they should start a pottery in the family home, the siblings also decided to change the spelling of their name to Overbeck.

Throughout their childhood, their mother had discouraged the four sisters from marrying, as she was convinced marriage would “limit their ability to fulfill their creative potential.” She must have made a convincing argument, for the four sisters remained single their entire lives, living together in the family home which also became their pottery studio. 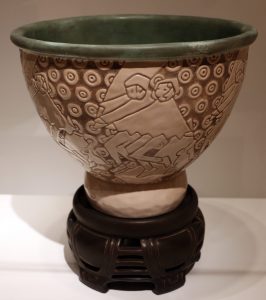 Oldest daughter Margaret first studied at the School of Design, as well as under artist Arthur Wesley Dow and art potter Marshall Fry. She exhibited her artwork at the St. Louis World’s Fair in 1904 and wrote articles and provided china painting designs for Keramic Studio magazine. Margaret had embarked on a promising career as an art instructor at DePauw University in Greencastle, IN, when in 1907 she suffered a serious head injury in a car accident.

Margaret returned home to recuperate and by 1911 had convinced her three sisters that they should start Overbeck Pottery. Hannah was initially responsible for the decorative designs on their handmade vases. Elizabeth, who studied ceramics under Charles Fergus Binns at Alfred University, turned the pottery on their wheel and develop unique glaze formulas. Youngest sister Mary Francis drew and applied decorative designs to the vases, but also created numerous decorative figurines.

In 1911, as the four sisters were preparing their first kiln of art pottery, Margaret suffered a relapse related to her head injury and died without ever seeing one of their finished vases. Undeterred, the three remaining sisters persevered, determined to make a success selling unique, hand-decorated art pottery. Their output was understandably modest, but their standards remained high. Any piece of pottery which they felt was inferior was destroyed rather than released.

One by one the Overbeck sisters aged and died, leaving Mary Francis in charge by herself starting in 1936. Despite the odds, she kept the pottery in operation for nearly two more decades, as it only closed upon her death in 1955.

Today Overbeck Pottery is highly collectible, and while I have not been fortunate enough to add one of their vases to my collection, knowing at least part of the story of the four Overbeck sisters has enhanced my appreciation for their work. 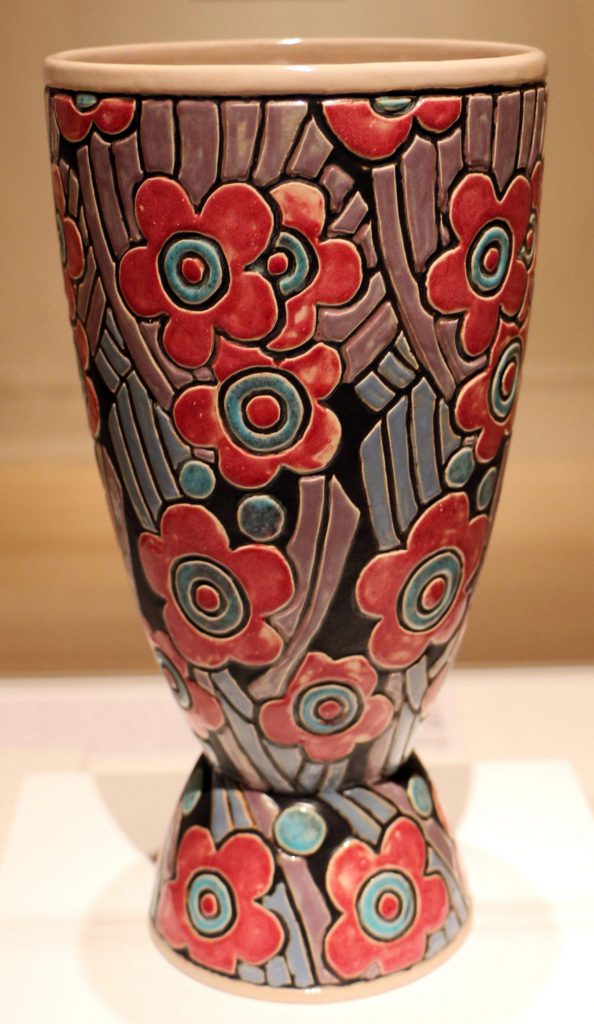 “Being creative is not a hobby. It’s a way of life” – Unknown 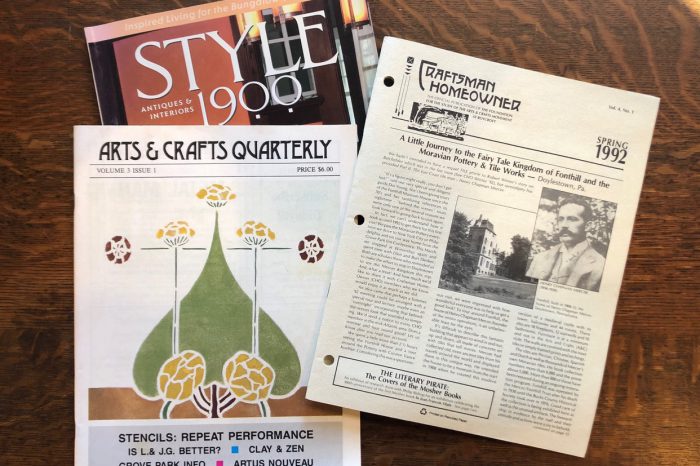