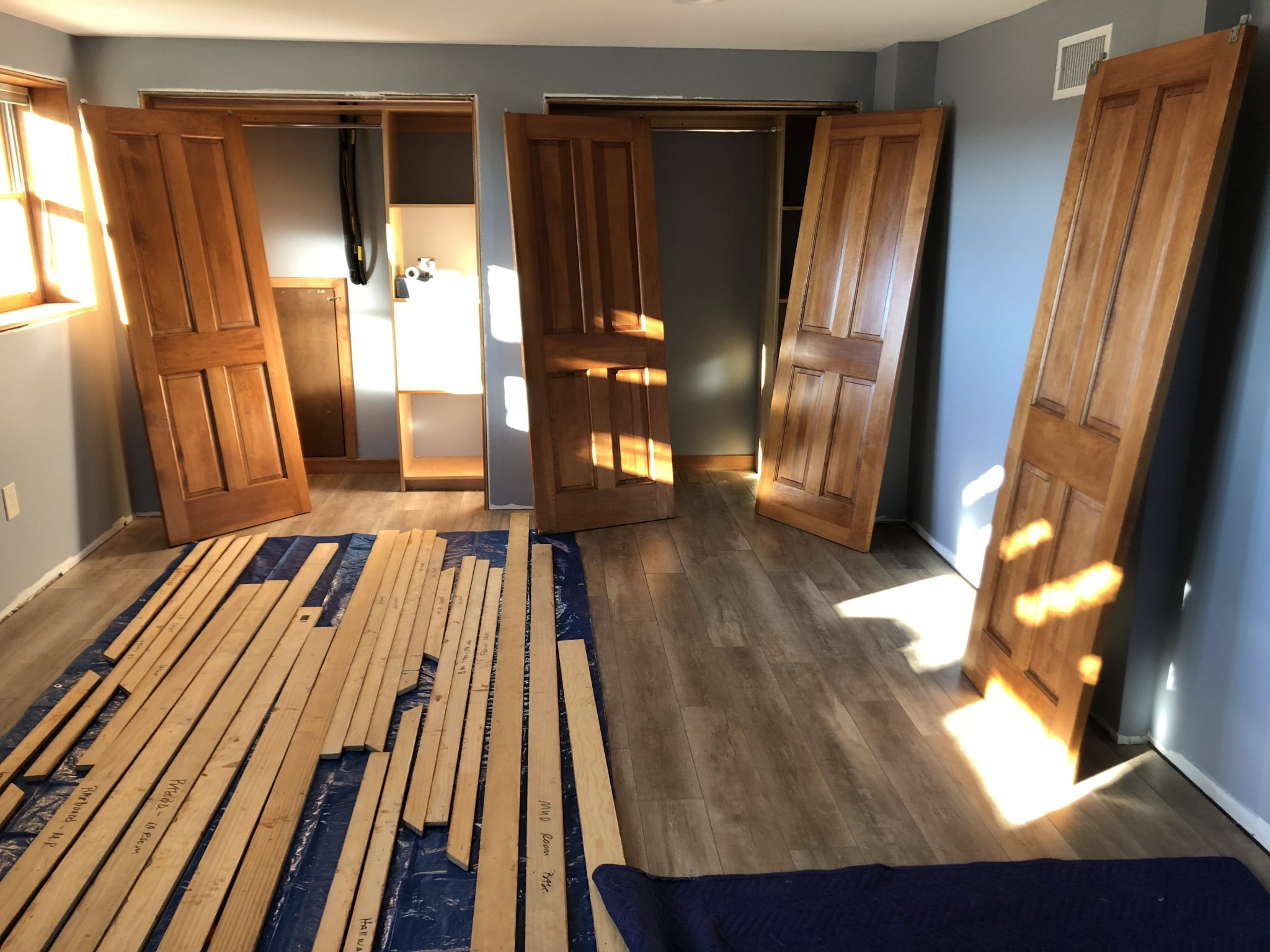 When we met with a designer this past summer, I explained to her that Leigh Ann and I had previously done most of our own remodeling work: dirty demolition, building walls, hanging drywall, painting ceilings, installing cabinets, and laying tile.

This time, I declared, we were going to hire it all done.

They both looked at me in disbelief. 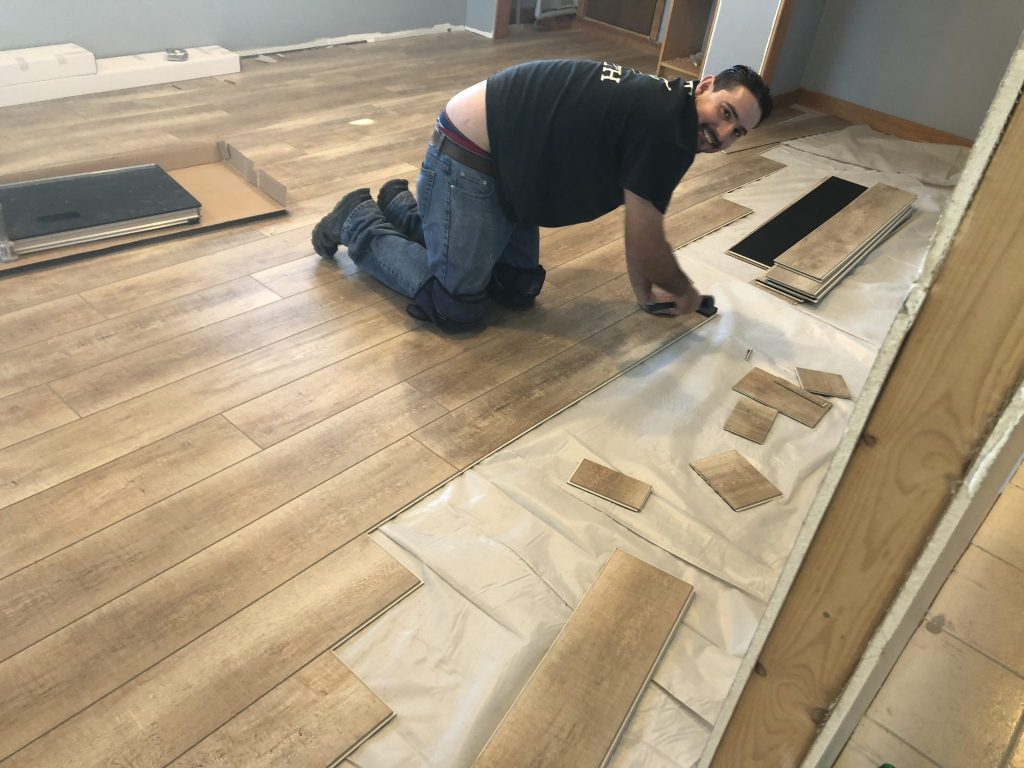 Five months later, I would say it’s been something of a compromise. We brought in crews to run new wiring, install new plumbing, hang and paint drywall, lay tile, face the brick fireplace with granite, and put down new flooring. In between, however, I served as the “transition crew,” making sure the area was cleaned up before the next crew arrived, scheduling all of the inspections, ordering materials, and hauling out the trash.

After the flooring crew left last week, I made arrangements for our final inspection, which we passed this morning, and started on the final phase:  re-installing the woodwork. 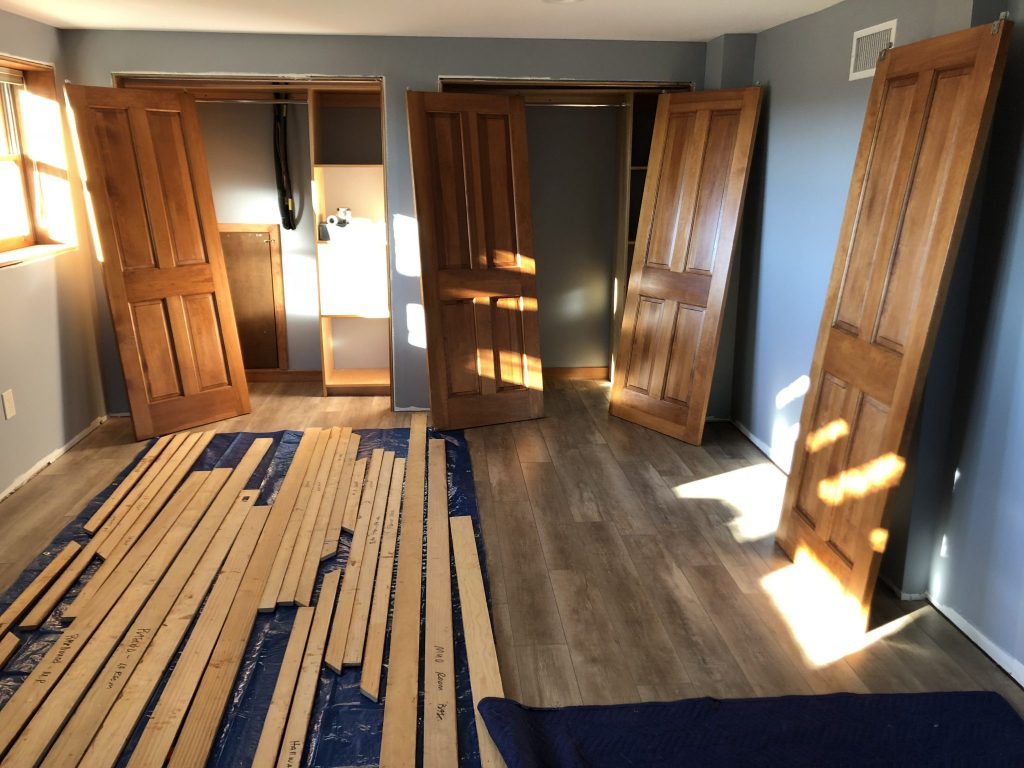 A previous owner had remodeled our 1972 ranch house around 1992, at which time he stained and installed some impressive, high-quality, raised-panel pine doors and clear pine trim. Even as much as we both love oak, we knew from the beginning all the pine trim was just too good to discard, so we carefully removed each piece, marked its location on the back, and hauled them to our storage unit.

Last week we started bringing them back, cleaning them up, and laying them out on the floor. At the same time I began bringing the doors to my workshop, where we rubbed on a fresh coat of Wipe-On Poly to bring them back to life. 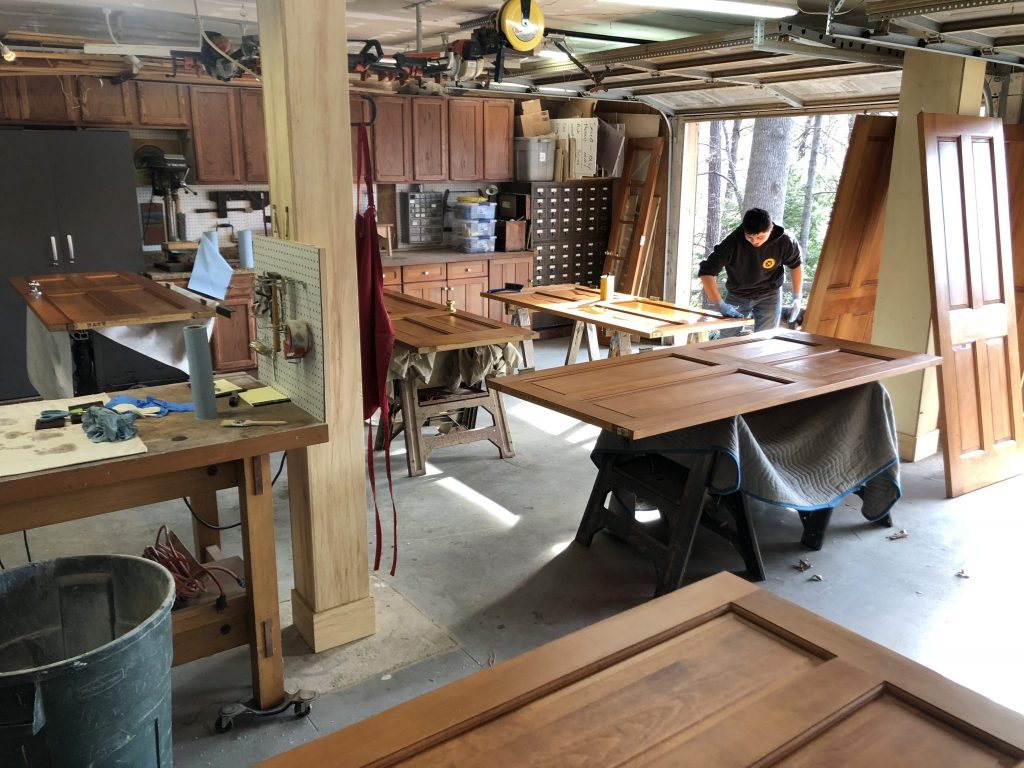 But unlike jack-hammering concrete, knocking down bricks, or slapping up sheets of drywall, this final stage requires some finesse, making sure the mitre joints are snug and each piece lays flat against the window and door trim before nailing.

The problem, I realized, is that I had originally thought we would be done with this project by the end of summer, and that it would not interfere with plans for the 32nd National Arts and Crafts Conference. The conference is now exactly two months away, which might seem like a lot of time, but the 88-page Conference Catalog has to be at the printer far in advance of everyone’s arrival. Toss in a book deadline and you might understand why I’m sometimes wondering what wine pares well with Honey-Nut Cheerios. 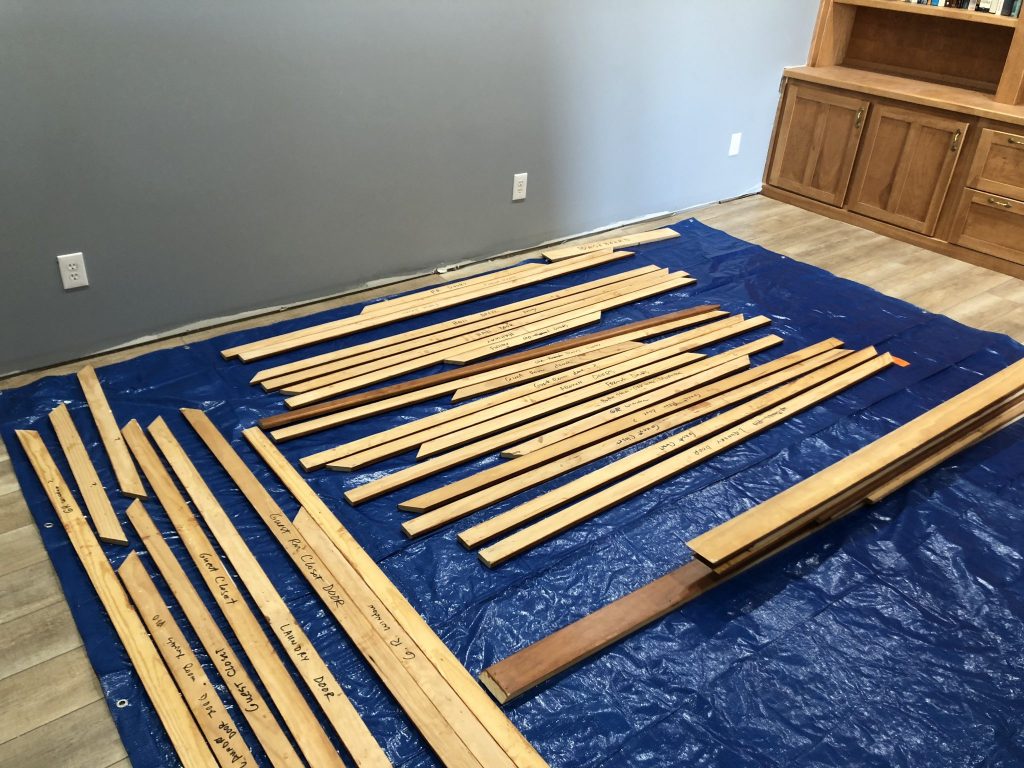 But whenever I feel the stress building, I remember a conversation I had with Cody, my electrician who could quote Mark Twain, as he and I were pulling wires together through our floor joists. He paused, looked over, and asked me, “What’s your hobby?”

I never had to think about it.

“Nothing great was ever accomplished without enthusiasm.” 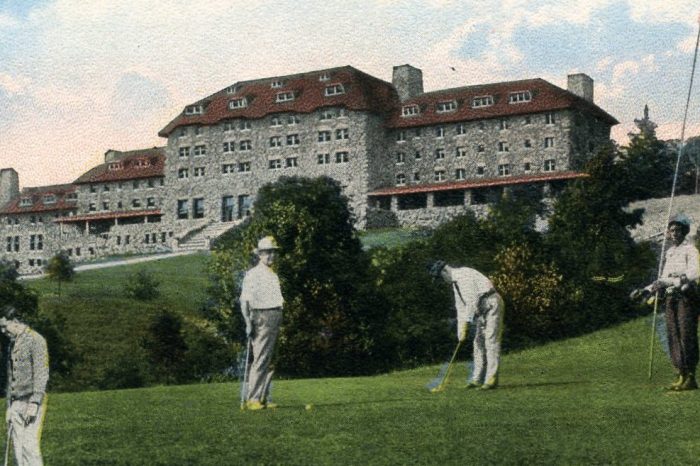