As I mentioned in an earlier column, Leigh Ann and I have undertaken yet another remodeling project. We live in a split-level, 1972 ranch house built on a wooded knoll on a small farm outside of Asheville. The house originally had a two-car garage built inside the lower level, but later owners converted it into bedrooms. When they did, they installed an acoustical tile ceiling, which gave every subsequent plumber and electrician the excuse to hide any questionable work above it. 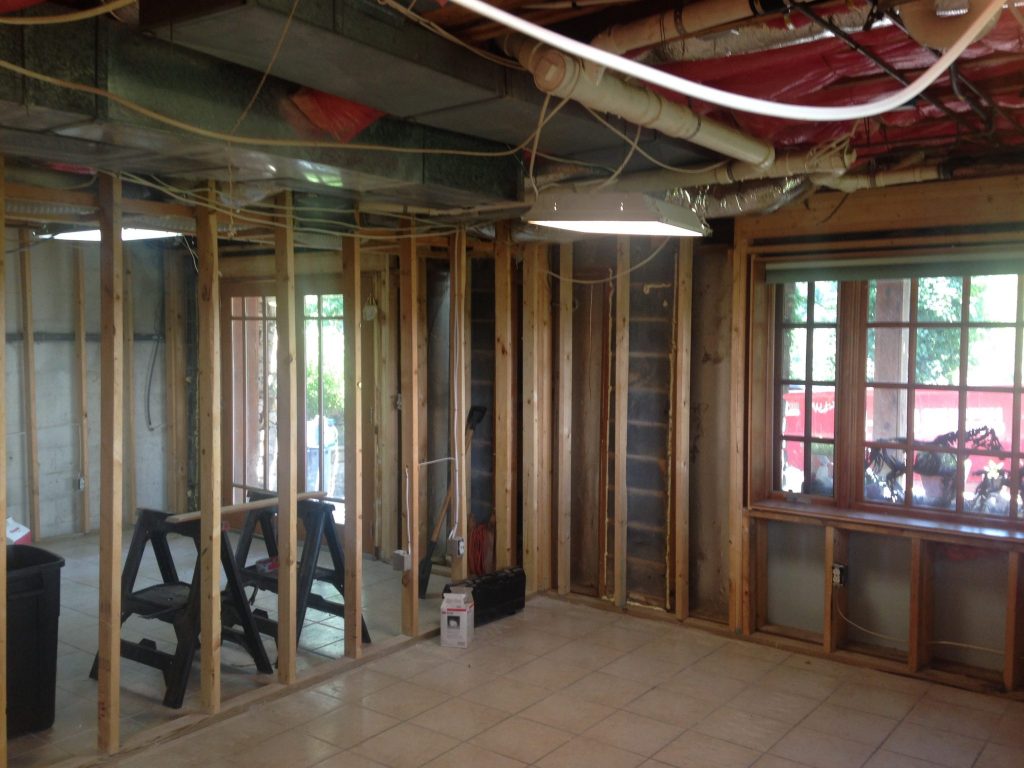 the lower level entryway and room with exposed ceiling

We lived with it for more than ten years before deciding it was finally time to do what had to be done:  gut the entire lower level right down to the studs. That was the only way we could properly reroute the plumbing, trace mysterious electrical wires, raise the ceiling, upgrade the insulation, cover a red brick fireplace, rearrange the walls, and bring everything up to code.

Compared to building a new house, our project seemed too small to expect a contractor to mess with it, especially since our area is experiencing a major building boon right now. Contractors and sub-contractors have more work than they have qualified workers to handle, so we decided to assume the role of contractors ourselves.

Since you might be wrestling with the same dilemma, let me share some insights into the position, starting with some key questions.

They’ll remember you when you need them in the future.

“Long after you’ve forgotten how long it took and how much it cost, you’ll remember how great it looks.”