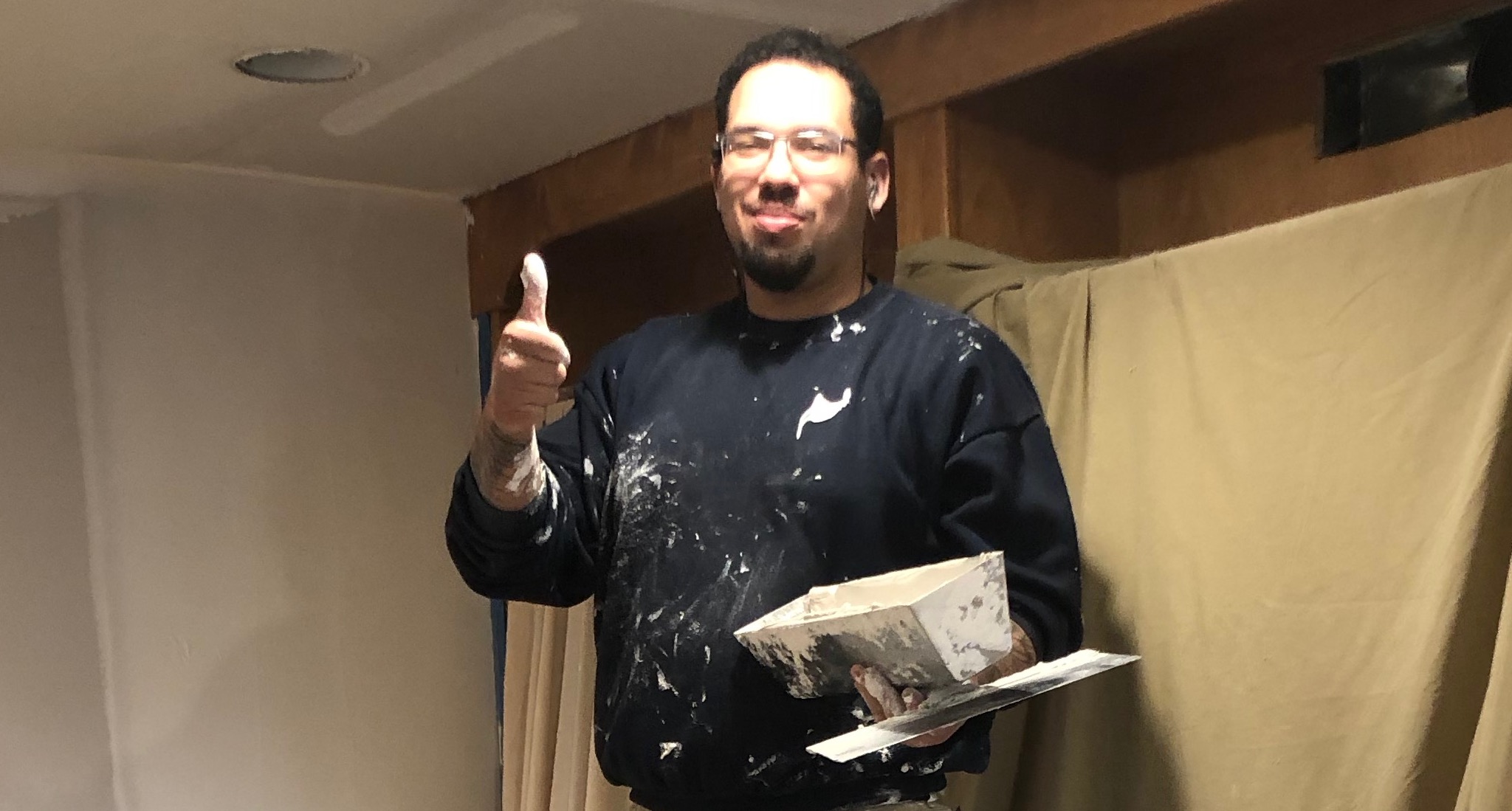 After two weeks of what seemed like very little progress, last week it felt like we had our remodeling momentum back. The sheetrockers finally came and hung all 102 eight-foot by twelve-foot wallboards on Thursday, worked a different job on Friday, but came back on Saturday to apply the first layer of finish.

Encouraged, I scheduled my painter for next Monday, have my tile layer coming on Wednesday, got my electrician ready to wire the outlets, and signed the contract for our flooring to be installed the week after that.

This morning I came down the stairs into the lower level of our split-level 1970s ranch house, only to hear the sound no homeowner ever wants to hear.

And since we currently have no running water in our lower level, I knew any water I was hearing could only be coming from upstairs.

Above – and through — our new sheetrock ceiling. 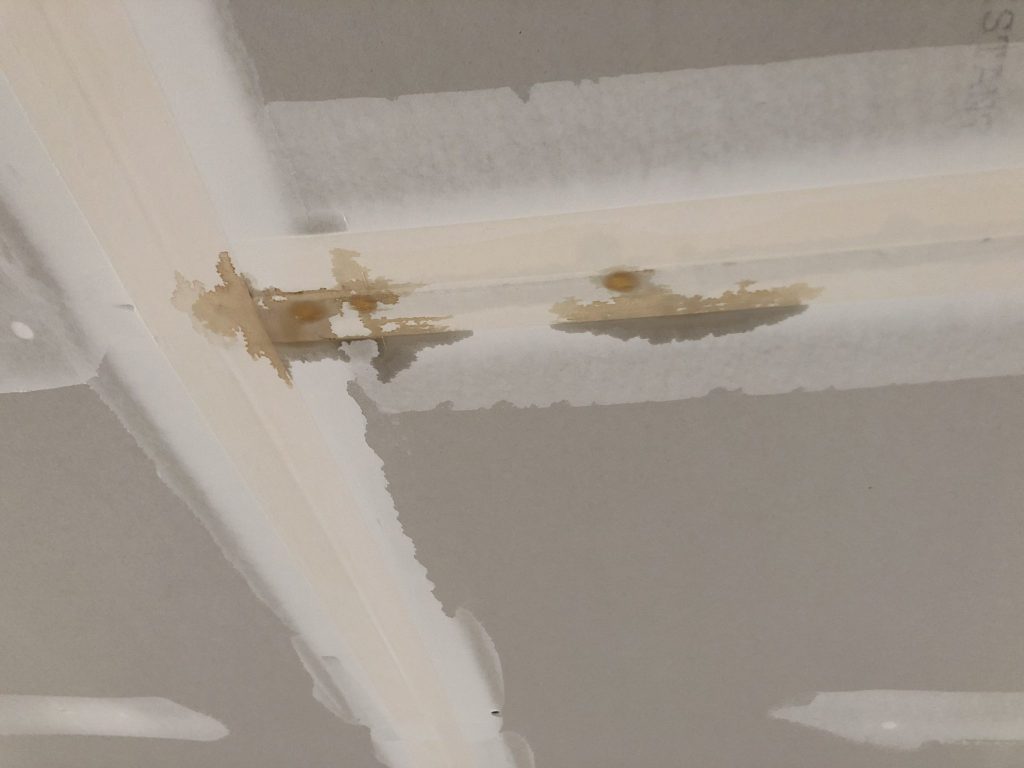 The ominous sound led me into what will become Leigh Ann’s home office, where a spreading brown stain above my head and a puddle of water at my feet confirmed what my instincts had suspicioned.

We have a problem.

My mind quickly assessed the situation. The slow drip led me to believe the water was coming from a drain line, as opposed to the hiss of water under pressure. That was some good news. The only good news. Directly above the brown stain is our master bathroom, with three possible sources: the toilet, the sink, and the shower.

To be safe, I immediately turned off the water to all three, then called my plumber. Fortunately, Travis is used to Monday morning emergencies, so was able to send Philp and Jason right over. Together we formed a plan: cut as small a hole as possible to be able to peer up between the ceiling joists, hopefully spotting the source of the water. 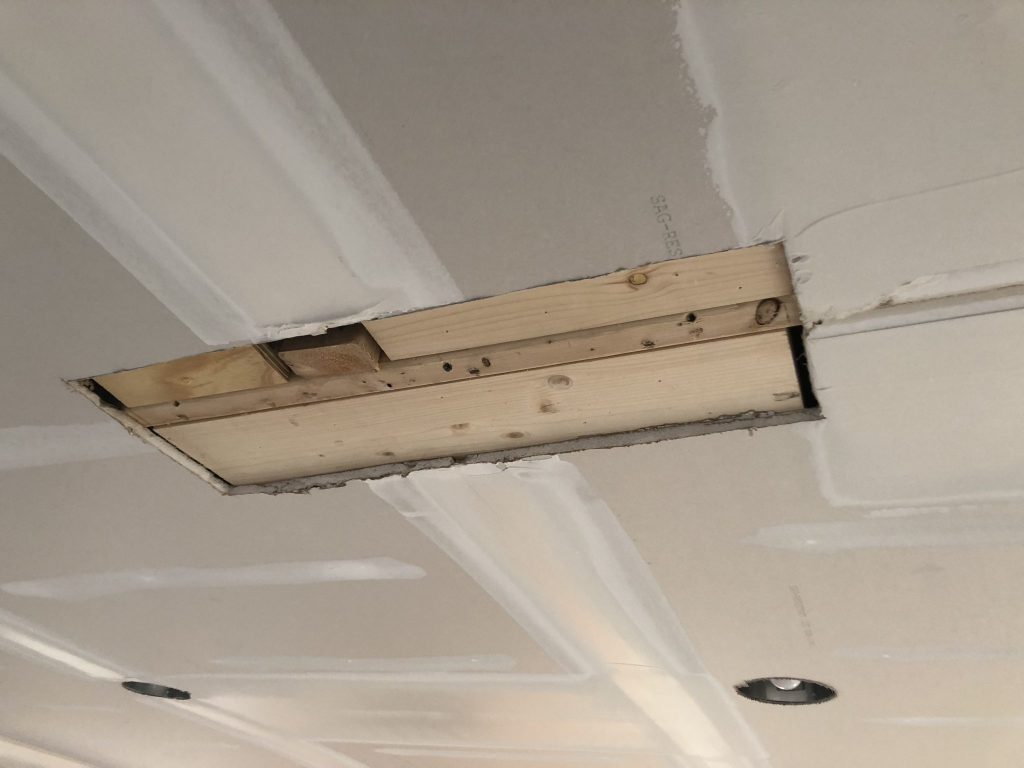 Water, however, can be devious, as it often travels several inches, if not feet, from its source along a joist before coming through the ceiling. Jason stuck his head and flashlight above the new drywall, then began pulling out soggy insulation and dropping it into the garbage can I had waiting next to his stepladder.

“Not the toilet,” he announced to my surprise. “Or the sink.”

“Did one of the drywall screws puncture a drain line?” I asked.

I was out of guesses.

“But the shower drain isn’t anywhere near the drip.”

Jason crawled down the ladder and shrugged his shoulders. “Let’s go up and take a look.” 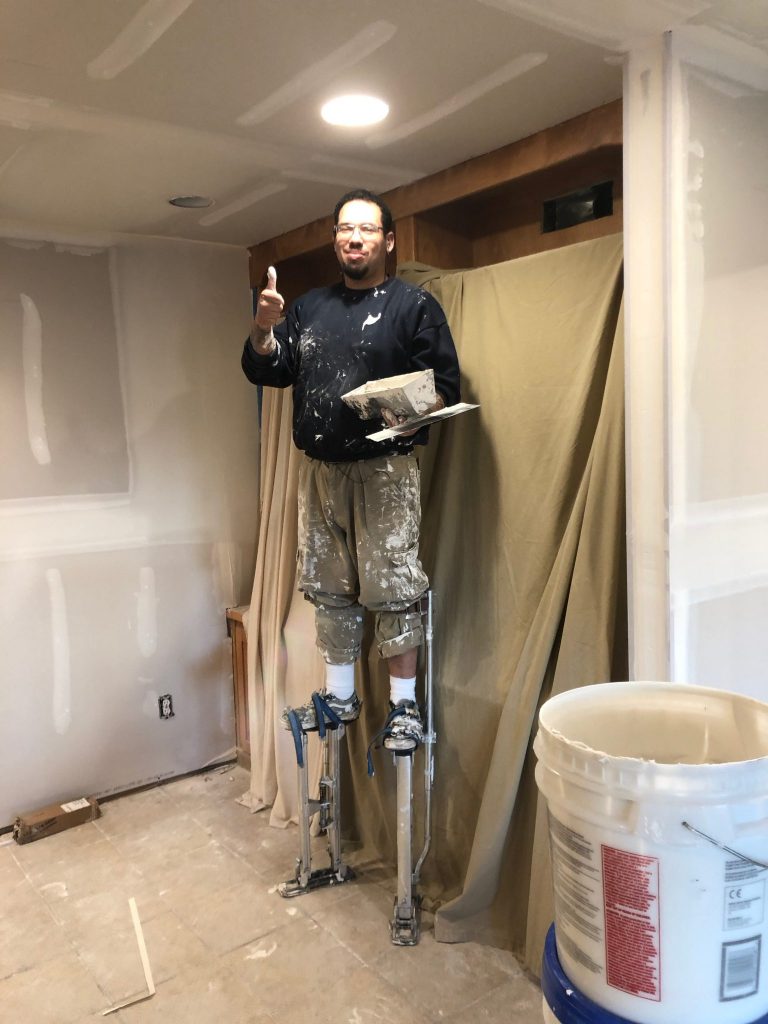 Leigh Ann and I remodeled our master bathroom 12 years ago and I naively assumed the original caulking was still working. Not the case. Seems the water cascading down the glass walls was now running behind the dried, slightly detached caulking between the glass and the tile. Down to my fresh drywall.

While I wish it had happened a week earlier, it certainly would have been worse had it happened after the sheetrockers, painters, and floor installers had finished.

Nevertheless, one loose piece of caulking cost me a day of work, as I spent most of Monday either worrying or working on the leak, the hole, and the eventual patch. But by six o’clock the sheetrockers had left and the patch was drying.

And I was back from Lowe’s with two tubes of caulking. 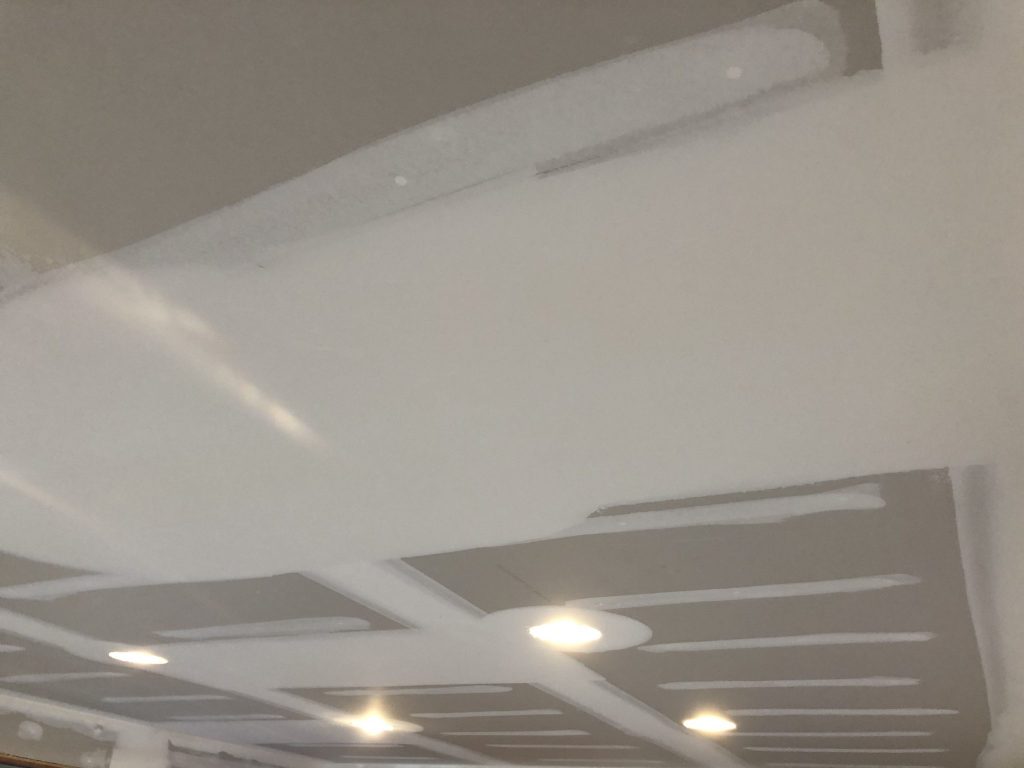 “If you wait until you have enough time, it will never get done.” 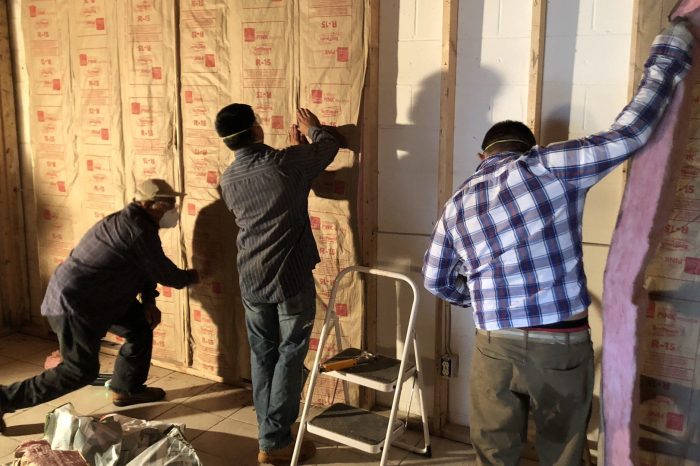