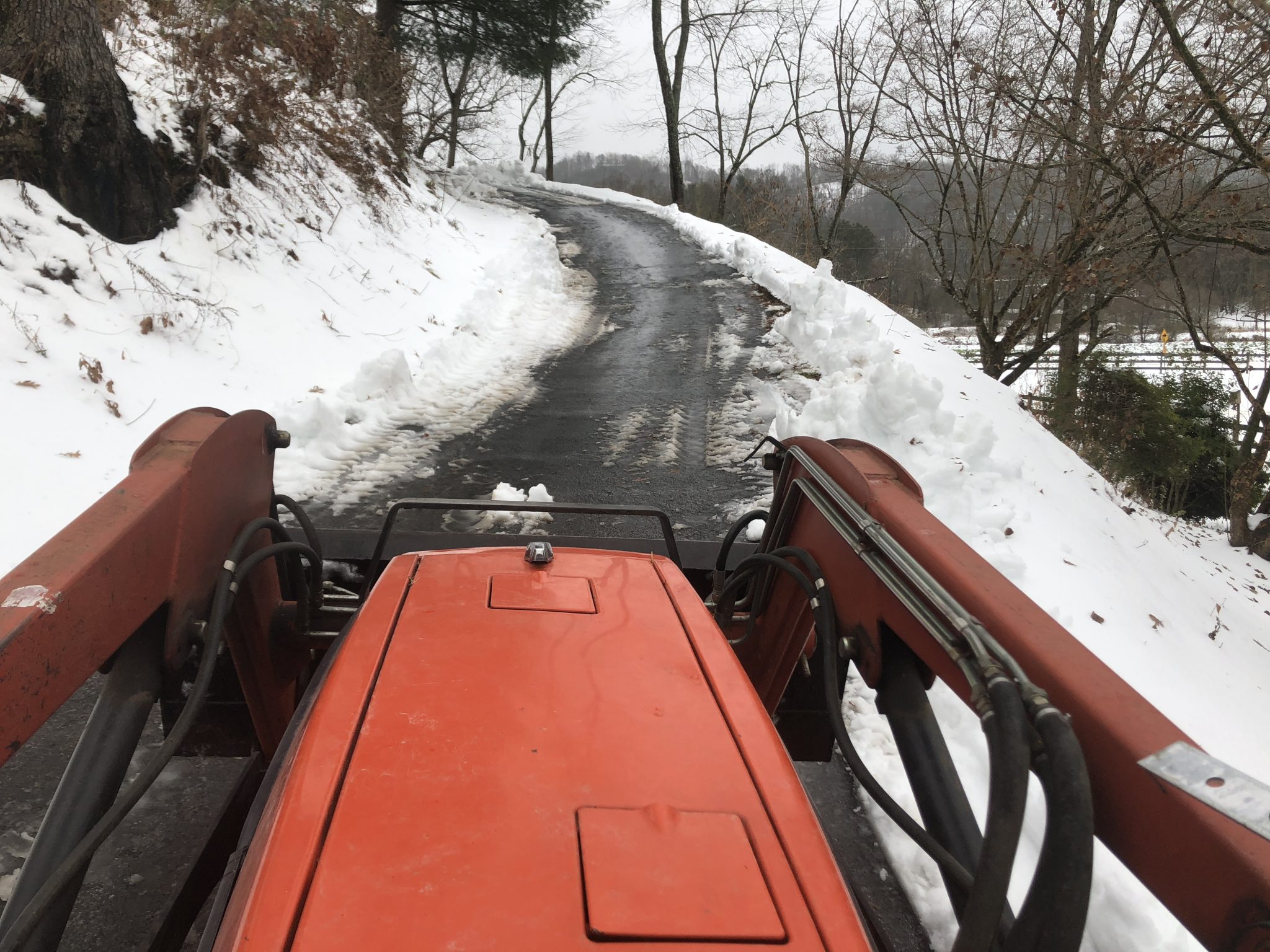 Asheville hasn’t received this much attention since the total eclipse of the sun in August of 2017.

This time it was snow, not total darkness, that captured the media’s focus.

To someone who grew up in Illinois mowing yards in the summer and shoveling sidewalks in the winter, snow storms in Asheville are both rare and over-dramatized. Schools are cancelled on the basis of a dire prediction, and many times golfers are back on the course by early afternoon. 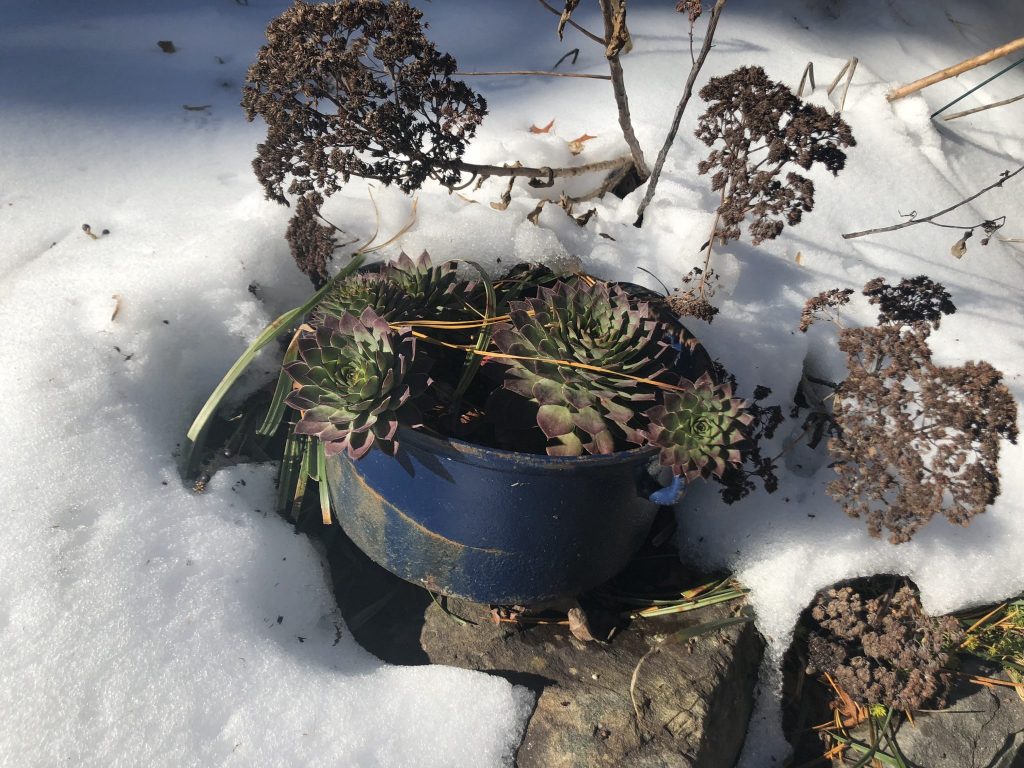 Fortunately, this was such a slow-moving storm coming from the West Coast that we had an entire week to buy enough bread and milk to last an entire year. Or, in our case, wine and dog biscuits. We ran out of both last night, which means we will have to return to the store — immediately.

From Saturday night until Monday morning, we received eleven inches of snow here on our hilltop farm seven miles south of Asheville. It only takes two inches of snow to prevent us from getting up and down our steep blacktop driveway, so we were pretty much locked in for two days.

Unlike many, however, we never lost power. We had dinner with friends in Lake Lure on Friday night, just before their power went out on Saturday. Duke Power sent out an email “advising” our friends that they will not get their power back until this coming Friday.

As for me, well, I had stacked enough wood under a tarp outside our basement door to keep us warm, so I spent two days sitting beside the fireplace with my laptop open. With a Conference Catalog deadline a few weeks away and a new book deadline a few weeks after that, I had no shortage of projects to keep me occupied. 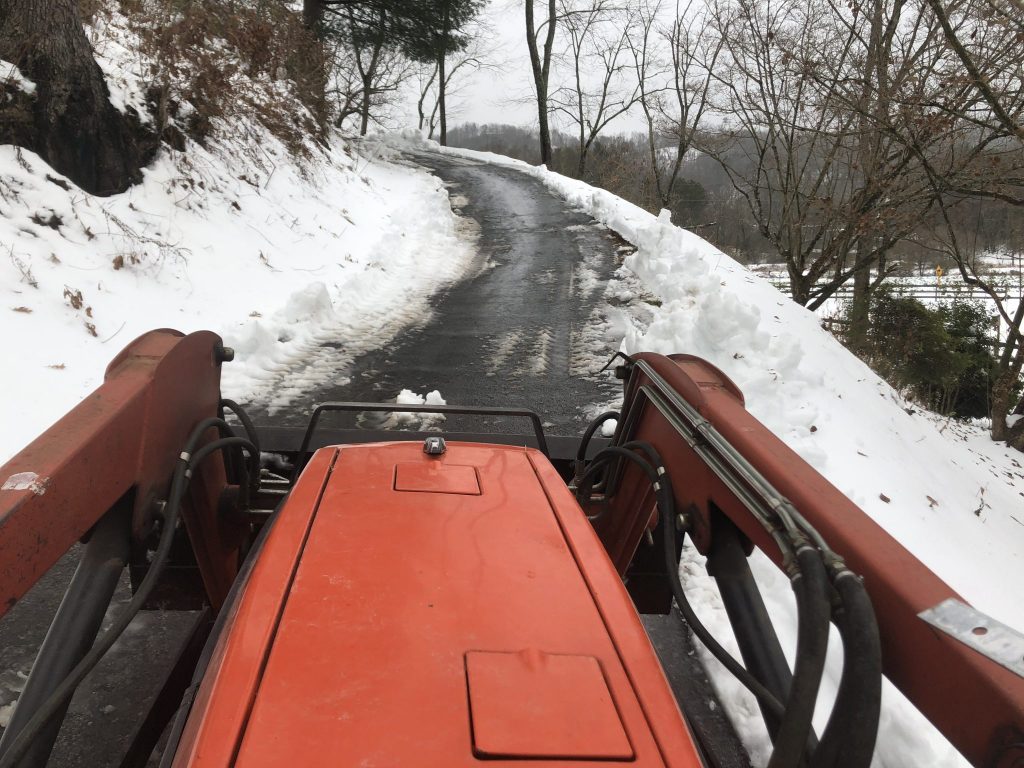 But I did venture out late on Sunday afternoon to assess the situation. The problem with a heavy snow is that it acts as insulation, defying the sun’s attempts to melt it very rapidly. Knowing I had to remove at least ten of the eleven inches we received, I started up my Kubota tractor and used the front bucket to push snow off our 200 yards of steep driveway. I then retreated back to my chair and waited for the sun to come up on Monday and melt the rest. 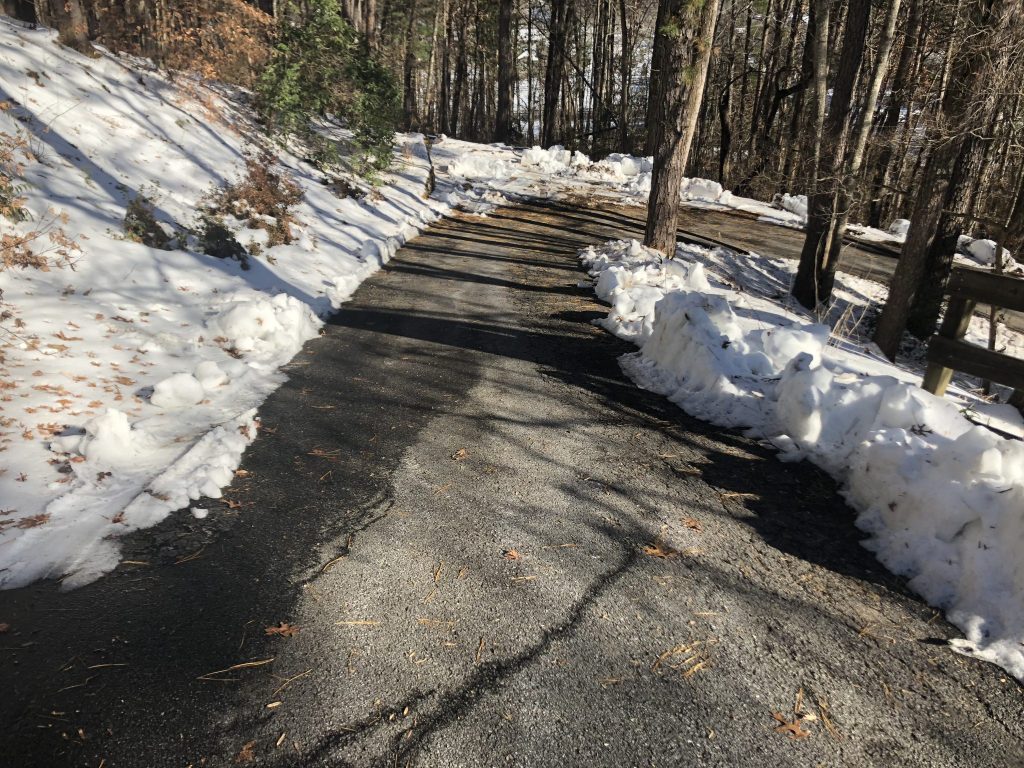 By Tuesday afternoon we were nearly back to normal, which in our case meant Kate was back here in the office working on the Arts and Crafts Conference, and a five-man crew is in our lower level installing a new floor, as we head down the home stretch of our lower level remodeling project. 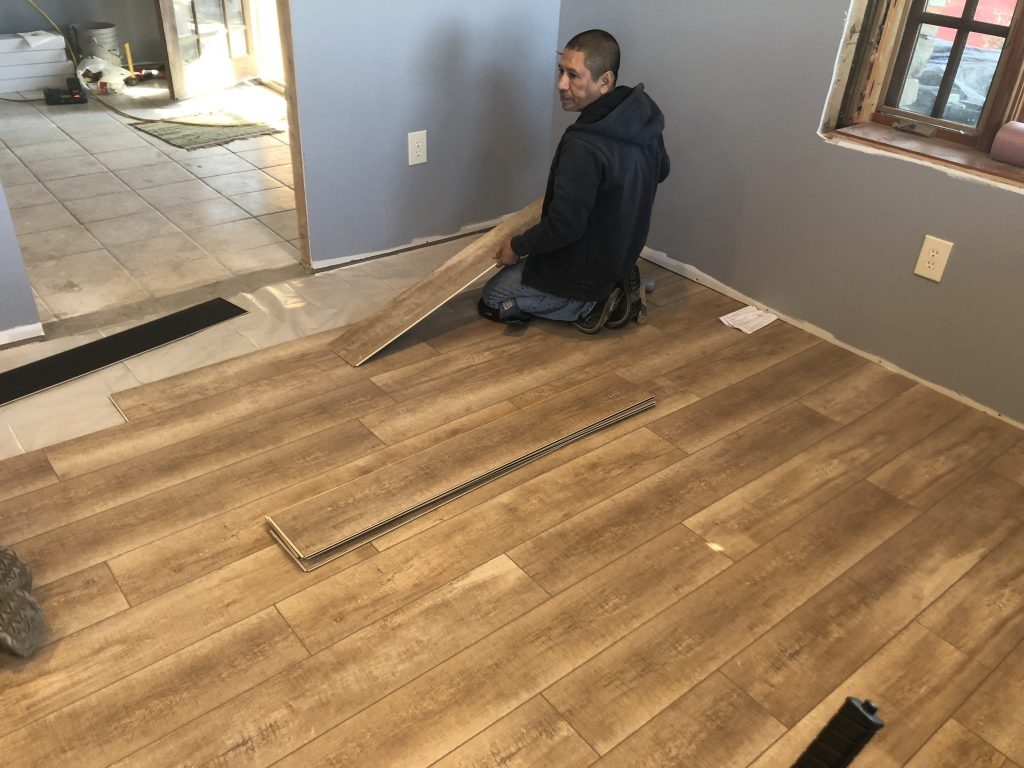 Tomorrow the plumbers return, then the cabinets arrive, and I start attaching the baseboards, nailing the window trim, and hanging the doors.

“Make each day an adventure.” 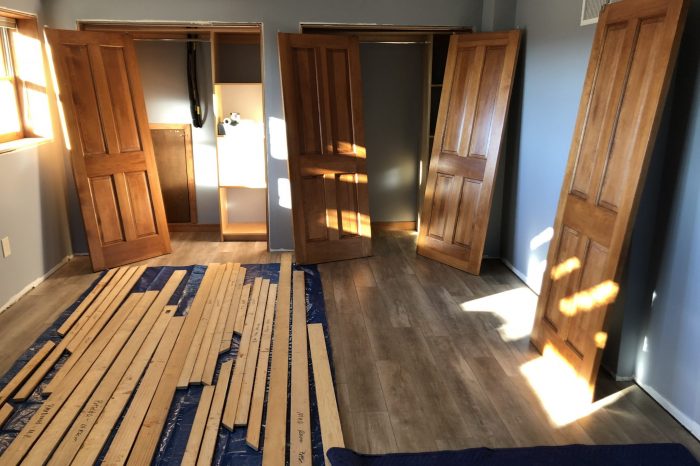