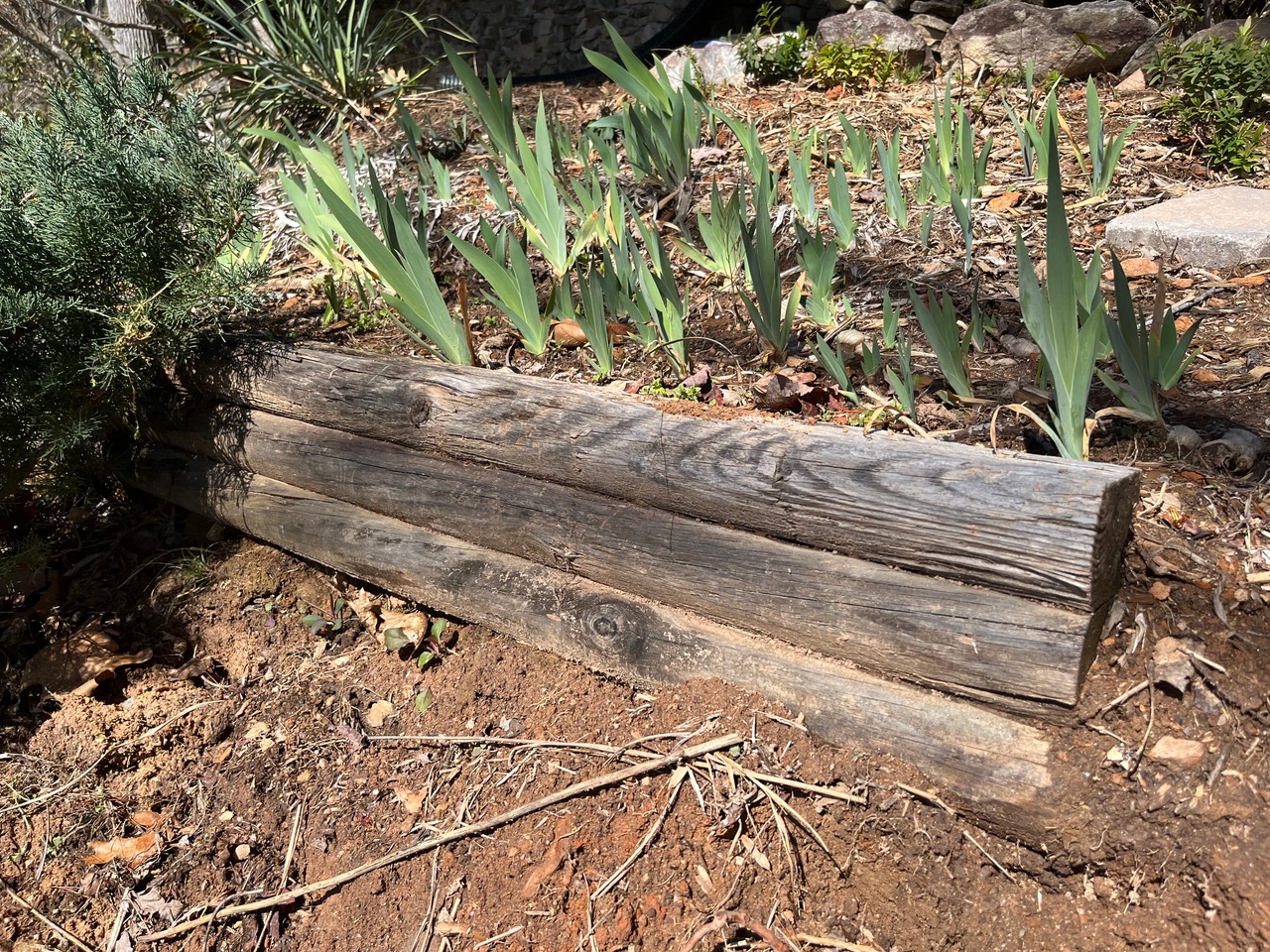 As do-it-yourself Arts and Crafts landscapers, we all have to make a choice: rock or wood?

Last summer, I watched as a neighbor of ours struggled to install several eight-foot long 4” x 4” landscape timbers on a steep bank which he and his wife were wanting to plant shrubs. By the time I saw what they were doing, the project was nearly done, so I kept my opinions to myself. Ten years ago, you see, I had done the same, opting for the speed and convenience of a wood retaining wall versus the extra time and strength required to construct a rock wall. 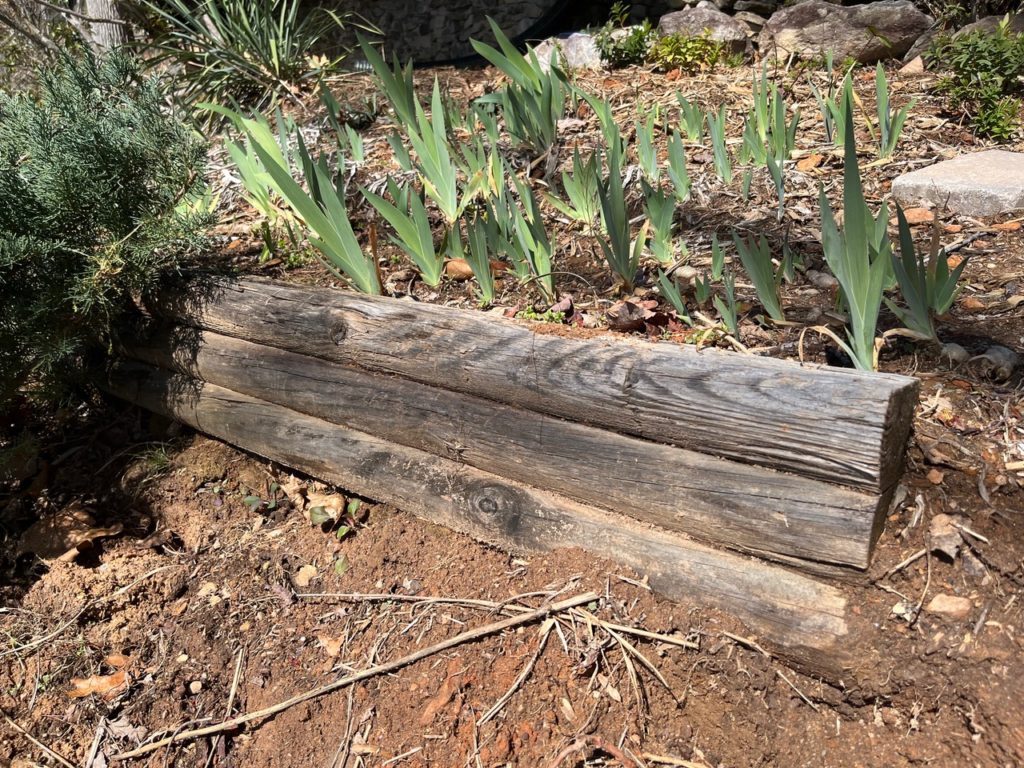 My low wood walls looked fine when I finished securing them to the ground with long spikes, but last week I stepped on one as I was pruning a mature evergreen shrub. In a flash both it and I were sliding down the steep bank. It was a soft landing, but I groaned regardless, as I reached over and felt the rotted wood crumble under my fingers.

As anyone who has researched it knows, what is labeled as “exterior pressure-treated wood” is not recommended for “ground contact.” It’s in the fine print. When able to dry between rain storms, pressure-treated wood will far outlast standard wood. When it remains in contact with the ground, however, the constant contact with moisture soon leads to rot, decay, and trouble. 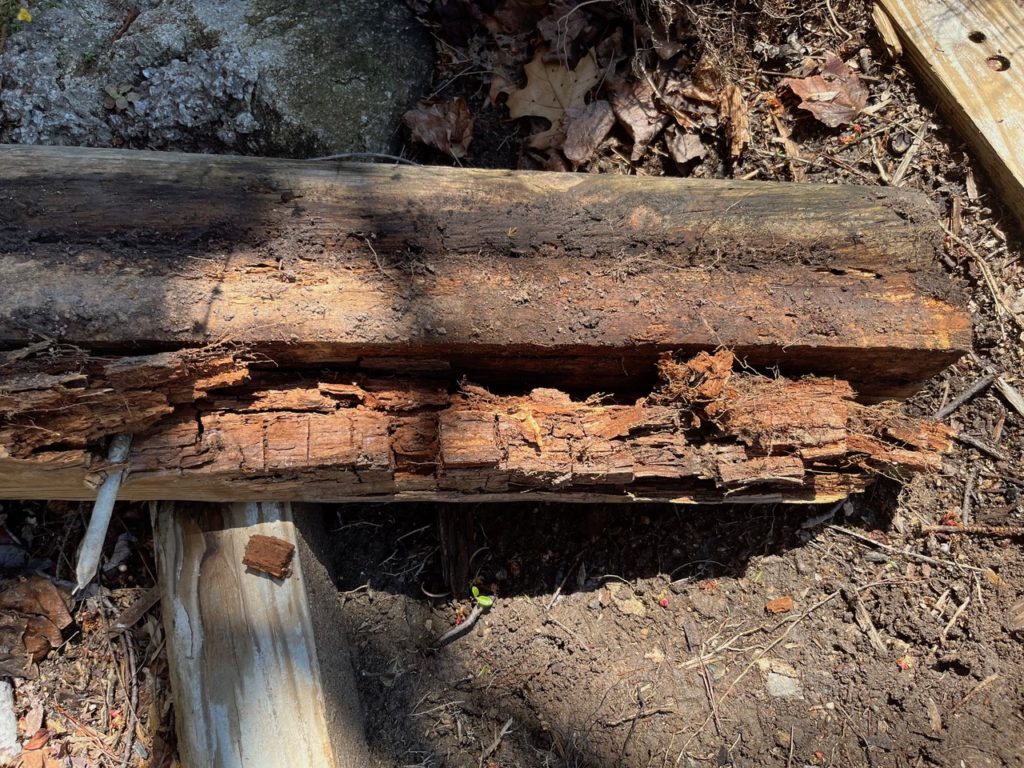 To be honest, I think I knew at the time that the landscape timbers would eventually rot, but the thought of hauling all of the required rocks down the slope and struggling to fit them together was discouraging. So, I took the easy route. Now, however, my task is even greater, not simply because my back and knees are ten years older, but because I have to carefully work around the branches and the roots of our ten-year-old shrubs as I haul out the rotted timbers, level the ground where they had been, and start dry-stacking rocks to prevent the soil from washing down the bank with each rain. 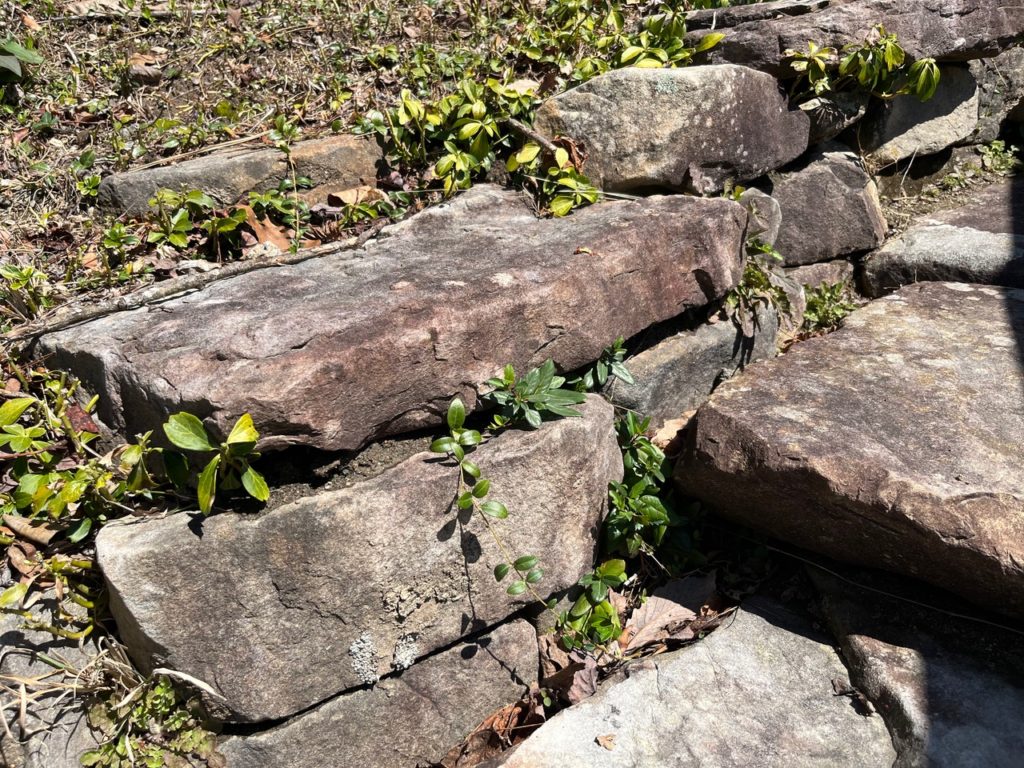 Rock walls, as I have also learned, don’t require a degree in masonry. Once I have moved all of my rocks into a loose pile next to the site, I actually enjoy picking them up one by one and fitting their irregularities together. I don’t use mortar to adhere them to one another, as I purposely lean each layer of rocks toward the hillside, backfilling the area behind them with dirt as I go.

Obviously, these dry-stack walls are not intended to withstand hundreds of pounds of pressure, but work fine to stabilize a slope and to create shallow terraces well-suited for planting shrubs and flowers behind them. 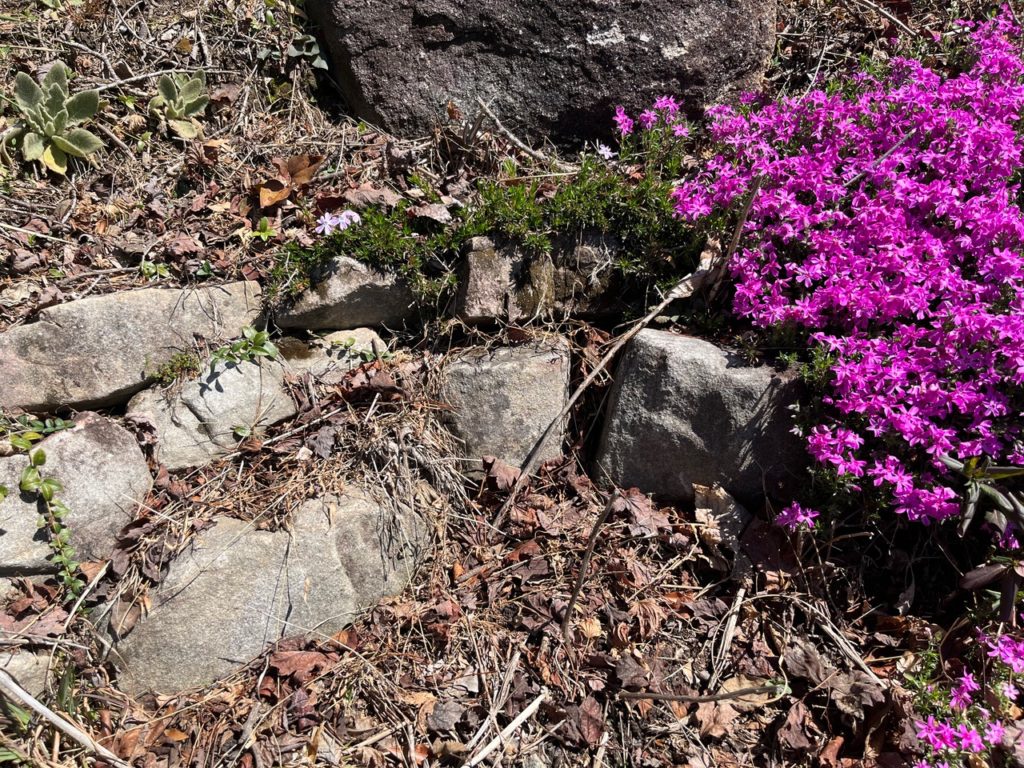 And when you are finished, you have created a wall that looks more natural than wood – and won’t ever rot.

Before I built a wall I’d ask to know

What I was walling in or walling out,

And to whom I was like to give offense. 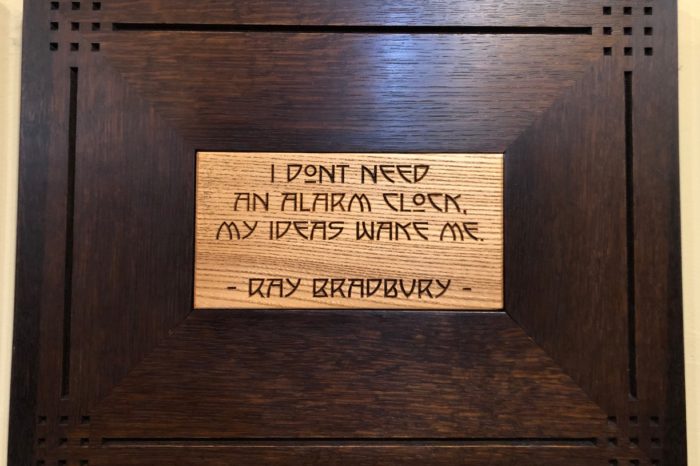 Early Reflections On an Arts and Crafts “Retirement”