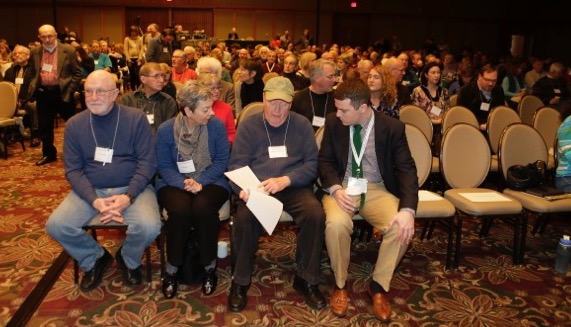 Over the course of 30 National Arts and Crafts Conferences I have sat in the back of the Heritage Ballroom next to an audio-visual technician for somewhere around 200 seminars, not including a few of my own. As much as I have enjoyed them all, I must admit to always having been a bit distracted, as I worried about what might possibly happen next:  a technical problem, a speaker getting rattled, someone being loud and obnoxious out in the hallway, a baby crying, or a cell phone ringing. 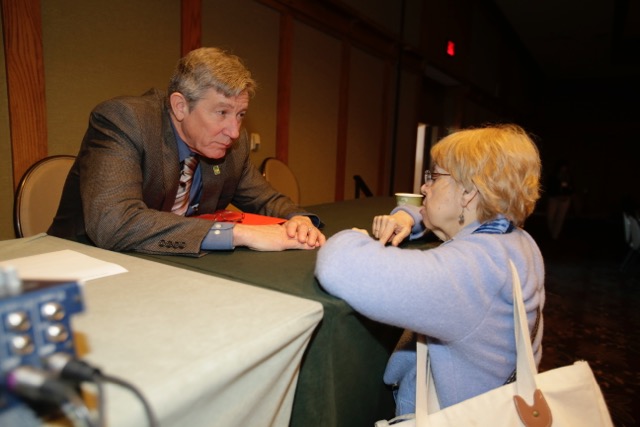 And so when I have the opportunity to attend a seminar presentation here in Asheville or elsewhere during which I don’t have to worry about such things, I try to go, for I invariably enjoy myself — and come away with some new information. 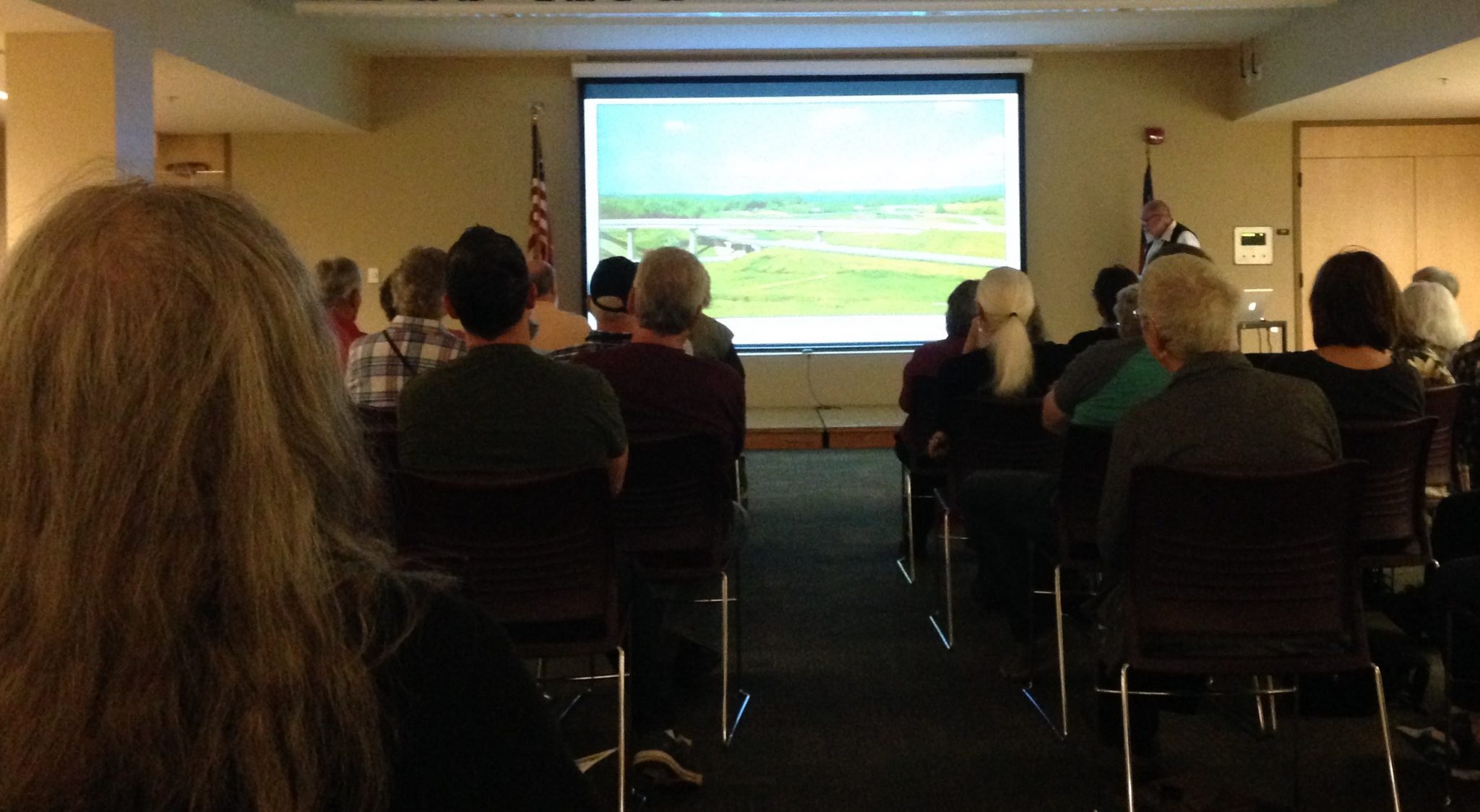 Such was the case when my friend and Arts and Crafts Conference exhibitor Terry Taylor spoke this past week at a noon event sponsored by the North Carolina Room at Pack Library (above). Among other things, Terry collects postcards and recently donated a sizeable portion of his collection to the North Carolina Room, where they are already scanned and available for viewing online.

Like every experienced speaker, Terry wisely focused his attention and his selection of images on one topic. In his case, postcards taken in and around Asheville. So, while he taught us all a great deal about the different eras of postcards and the means of establishing a publication date for each one, his images also provided us with a colorful history of 20th century Asheville. 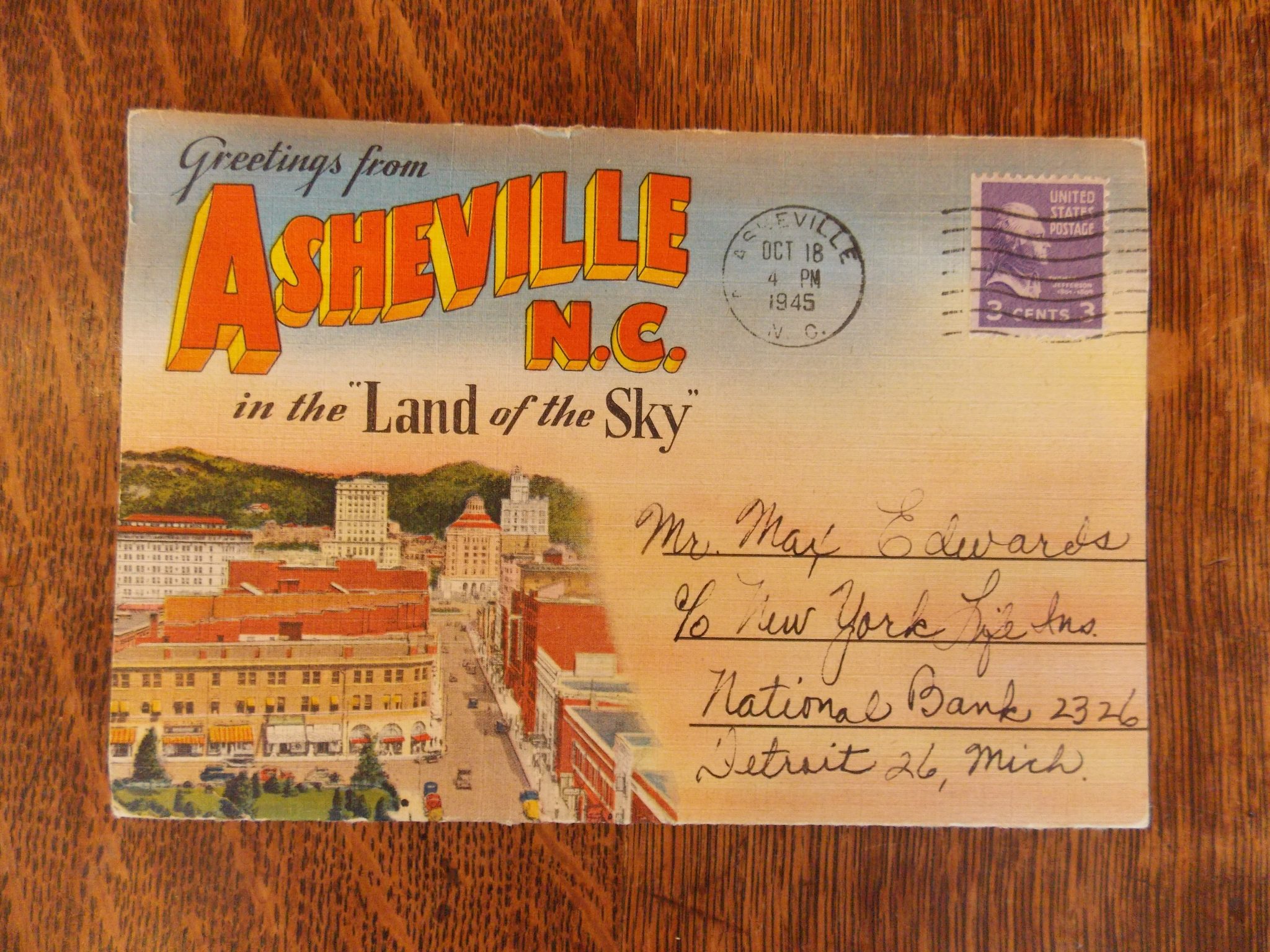 As each image flashed upon the screen, we could observe the steady march of time and the changes which were taking place, all in the name of progress. This was especially apparent in downtown Asheville, as 19th century wooden stores and family homes were gradually replaced by three-story, brick businesses. Then, of course, many of those were later demolished in order to make room for larger, taller hotels, apartments and business buildings.

In addition, Terry’s energetic presentation reminded me that over in the far end of my office, stuck in the far end of the last bookcase, is my own modest collection of Asheville and Arts and Crafts postcards. Mine, however, are disorganized, but at least they are in vinyl sleeves snapped into a large, three-ring notebook. 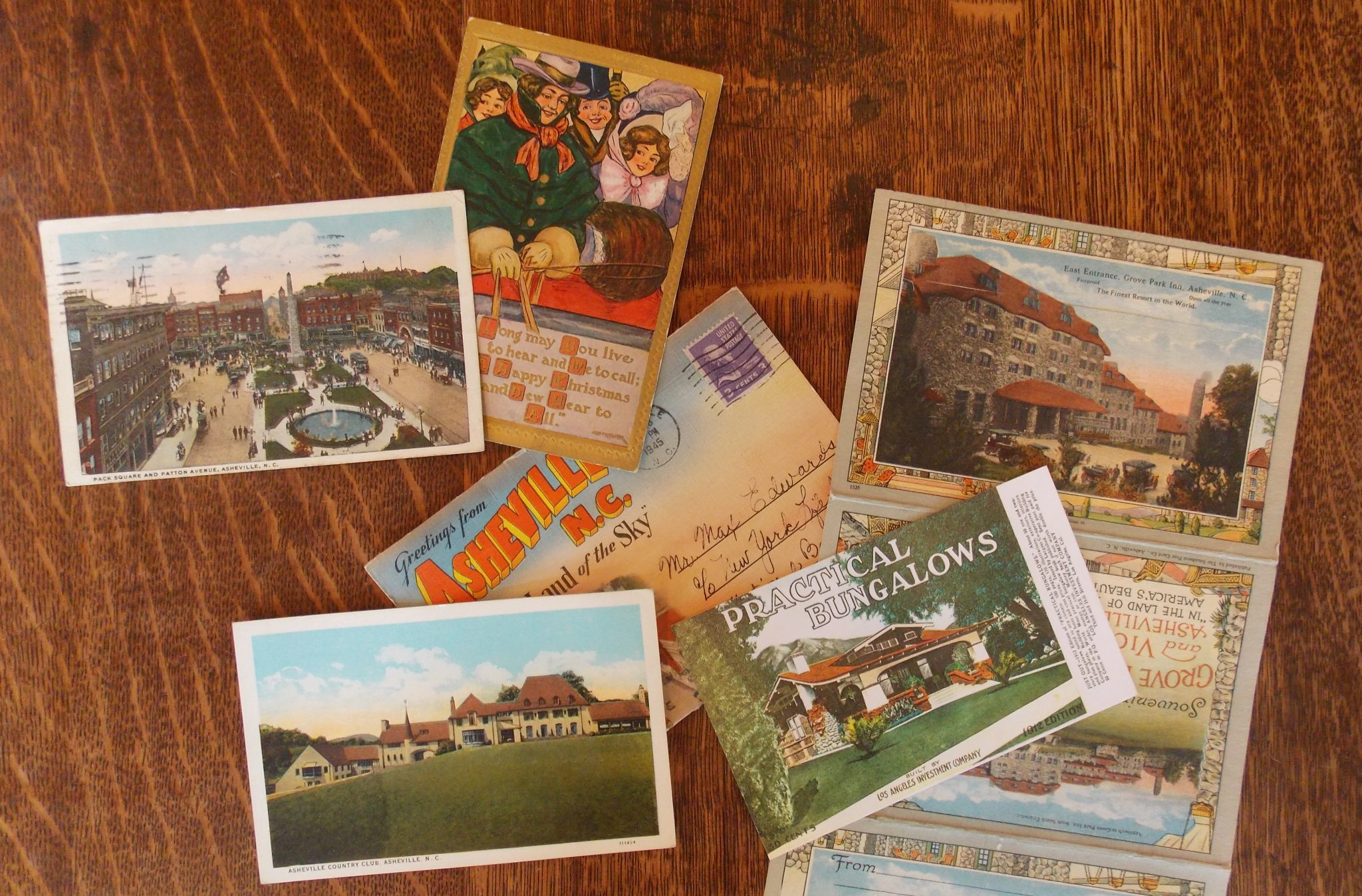 And so I came home afterwards ready to reacquaint myself with the postcards I had picked up during my travels, including several vintage postcards of the Roycroft campus and one made from an actual photograph taken of the original L. & J.G. Stickley furniture factory in Fayetteville, New York.

Which then prompted me to do a little online research for this week’s Collector’s Guide, which is focused on postcard collecting.

Which all goes to show just how inspirational a seminar presentation can be in the hands of someone like Terry Taylor, whose enthusiasm for his collection proved to be contagious.

Let yourself get excited.

PS – To learn a little about postcards and collecting, take a look at this week’s Collector’s Guide.

Below:  David Kornacki delivering a seminar on Roycroft lighting at the National Arts and Crafts Conference at the Grove Park Inn. 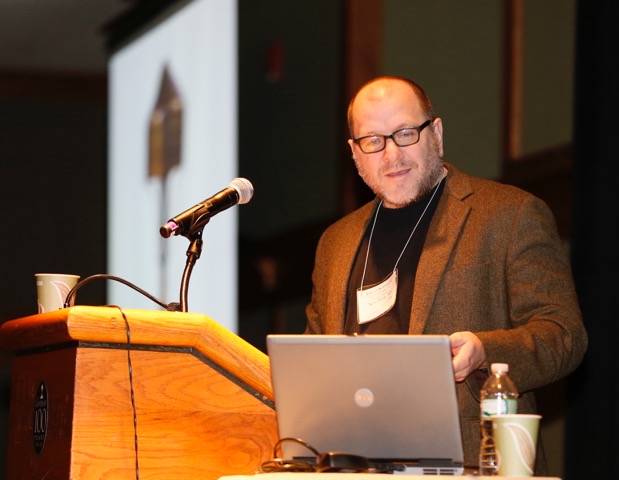 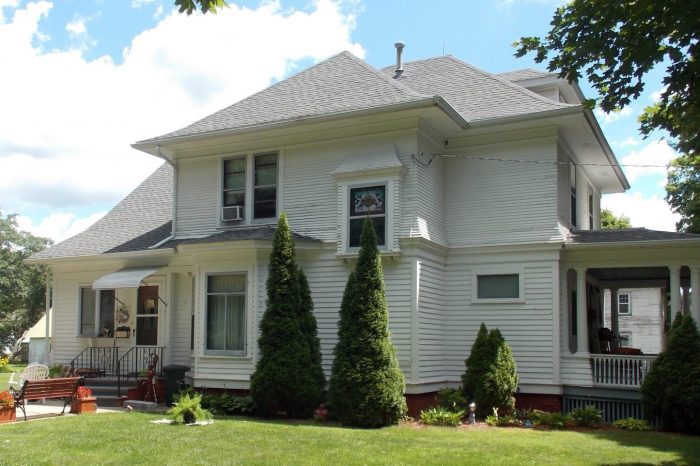