Well, with the 30th National Arts and Crafts Conference now just days away, the boxes have begun piling up in the office:  name badges, magazines to distribute, calendars to hand out, books, postcards, posters, tote bags, envelopes and, of course, donations for the Silent Auction.

If you are interested in applying for a grant, you can read the criteria at www.Arts-CraftsConference.com. 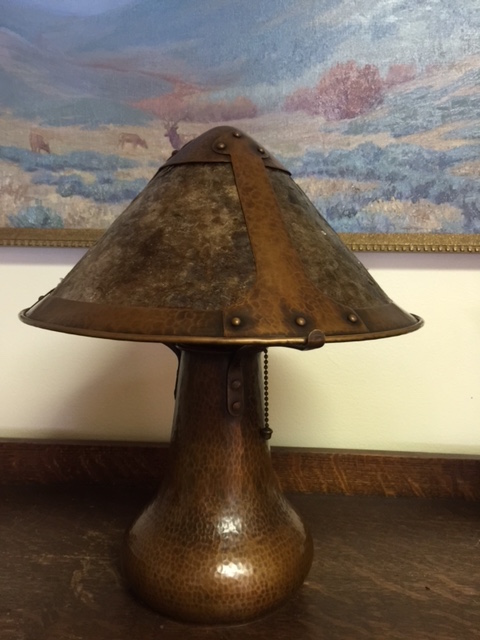 And, of course, those last few minutes as we count down the seconds to the final bids are always a bit frenzied, especially when two or more people are battling for the same piece. Thinking about it always reminds me of a silent auction I attended at the University of Iowa’s art museum in 1980. The curator had convinced a friend of his to put a Gustav Stickley rocking arm chair in the auction as the main attraction. The plan was for the friend who owned the rocker to actually buy it back, as he was going to make a donation to the art museum anyway.

Being a budding Arts and Crafts collector, I was secretly salivating over the Gustav Stickley rocker, which had its original finish and original leather seat, plus that elusive small red decal. I placed the first bid on the sheet, but before I could take more than a few steps away, the owner scurried over and upped the bid. Rather than reveal my interest, I walked away, pretending to ignore the rocker, but secretly watching as each time someone placed a bid, the owner quickly countered with a higher one. So, I made a plan.

I began by feigning interest in an auction piece next to the prized rocker, pretending to study a large punch bowl with a drizzled green glaze and the bids being placed on the clipboard for it, which, of course, just happened to be adjacent to the bidding sheet for the Gustav Stickley rocker. The rocker’s owner and the museum curator soon ignored me, since I had not placed any more bids on the rocker and appeared to have lost any interest in it once the bidding reached $150.

As the clock ticked down to the end of the bidding session, I stood back and watched as the museum staff members began positioning themselves. Each stood behind an assigned table and held a permanent marker, ready to draw a line beneath the final and winning bid when the horn sounded. The curator and the owner stood about six feet away from the rocker, looking relieved that no one had increased his bid for the past fifteen minutes. With just ten seconds to go, the countdown began, so I stepped up to the punch bowl, leaned over and appeared ready to make my final bid for it.

At precisely two seconds, however, I took one step to my left, blocking the view of the owner, and deftly made a final bid of $175 on the Gustav Stickley rocker. Then, as the horn sounded, I politely handed the clipboard to the staffer who with a smile drew a red line beneath my name.

As you might imagine, the owner and the curator were furious as they stormed over to me, standing next to what was now my first Gustav Stickley rocking chair. But by then the staffer had accumulated an armful of clipboards and was already making her way to the check-out table, where I headed as well, carrying my rocking chair with me, just to be safe.

Hope to see you at next week’s silent auction!

PS – And we would love your donation, so email me at bj1915@charter.net today.

Top: a carved motto board donated by www.WisdomInWood.com. 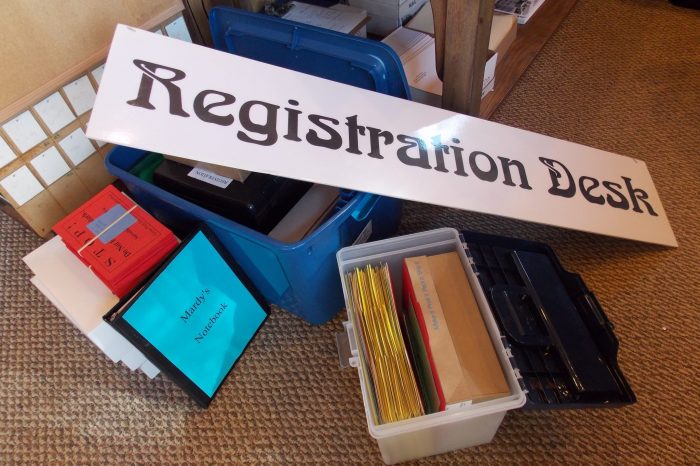