As much as I enjoy going up to the Grove Park Inn each time I am in Asheville, strolling across the access road over to the grounds of the 1917 Biltmore Industries is really like stepping back in time. 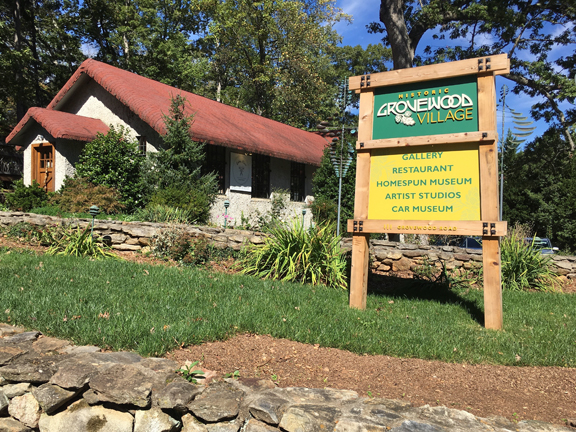 Beginning in 1917, the five stucco and red-tiled roof buildings were designed and constructed by Roycroft collector Frederick Loring Seely, who also was president of his father-in-law’s resort, the 1913 Grove Park Inn. It was Fred Seely, not Edwin W. Grove, who designed the Arts and Crafts hotel and who furnished it with Arts and Crafts lighting and furniture, much of which still remains in use or on display at the hotel. 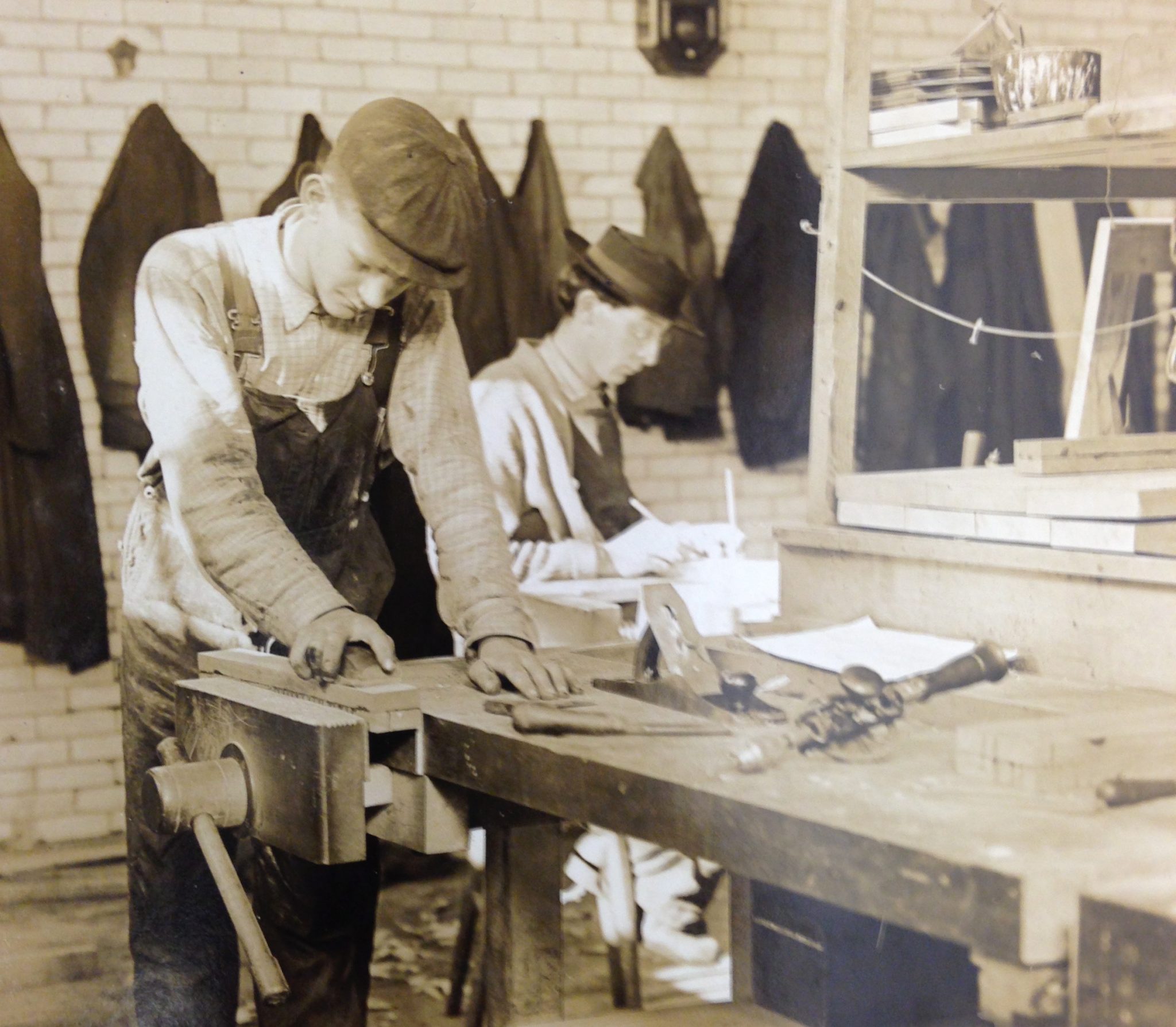 Correctly suspecting, perhaps, that problems with his father-in-law might someday lead to his dismissal, Fred Seely purchased Biltmore Estate Industries from widowed Mrs. George Vanderbilt, then moved the woodworkers, woodcarvers and weavers next door, where he could closely monitor their work. Fred Seely died in 1942, after successfully navigating the perils of the Great Depression, leaving the thriving business to his children, who a decade later sold it to a prominent Asheville businessman. The Blomberg family descendants in turn have restored and maintained the buildings and the 11-acre grounds, which now house a restaurant, a two-story arts and crafts gallery, an automobile museum, a Biltmore Industries museum, and several workshops leased by artists and artisans. 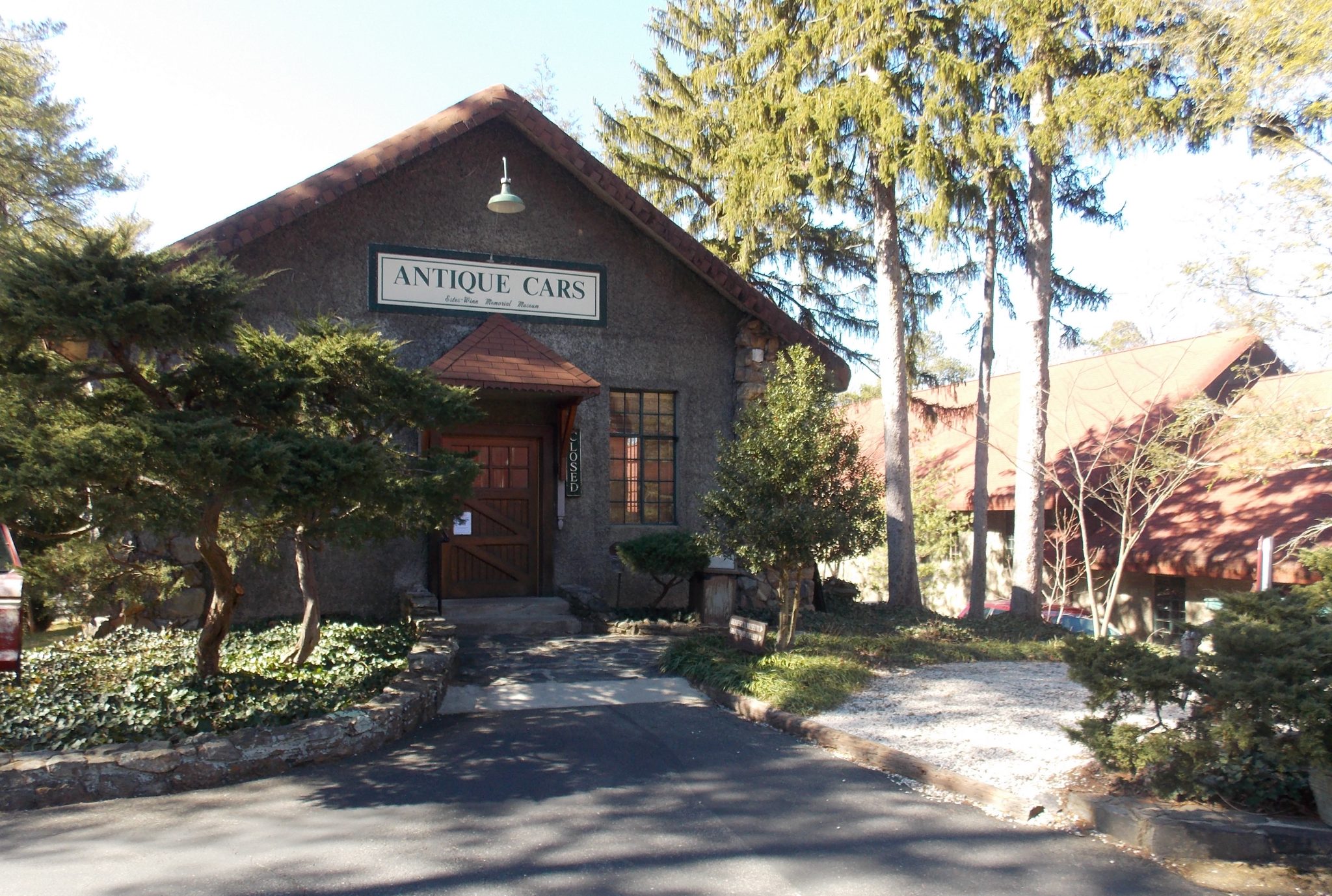 And then there is the Dye House.

No one has yet figured out what to do with this long, two-story building that houses early wool preparation machinery and dye vats in the lower level, and mechanical weaving looms in the upper level. So there they sit, frozen in time, literally looking like the workers might come in at any minute and start running them again. 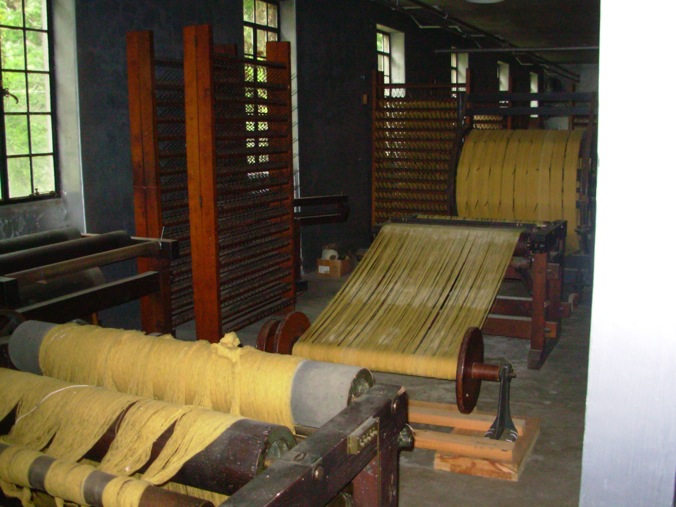 Understandably, the few people allowed in the Dye House on special tours (including our Arts and Crafts Conference attendees) invariably describe the building as creepy, eerie, spooky, or even haunted. I have spent hours down there, by myself, digging through moldy files dating back to 1905 as I collected material for my next book. And, yes, it did feel creepy at times…. 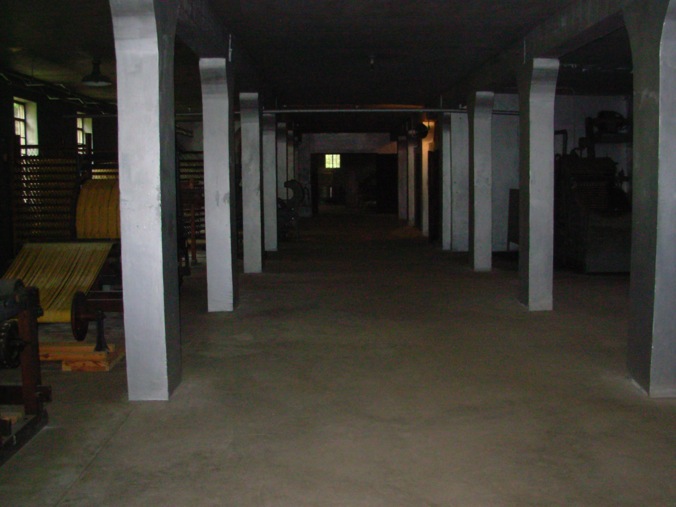 But it also felt like an Arts and Crafts time capsule, with raw strands of wool still caught in the gears, walnut hearth brush blanks roughed out on the bandsaw and still waiting to be carved, and jars of dyes with mysterious names and formulas scrawled on red-boxed labels wrapped around them.

And then I emerge back into the brilliant sunlight, eyes blinking rapidly until they adjust from the dimly-lit Dye House. But I leave slowly, knowing full well that on one of my future trips back I’m apt to find the old oak vats gone, the machinery hauled away, and the rooms swept clean of any lingering strands of wool. 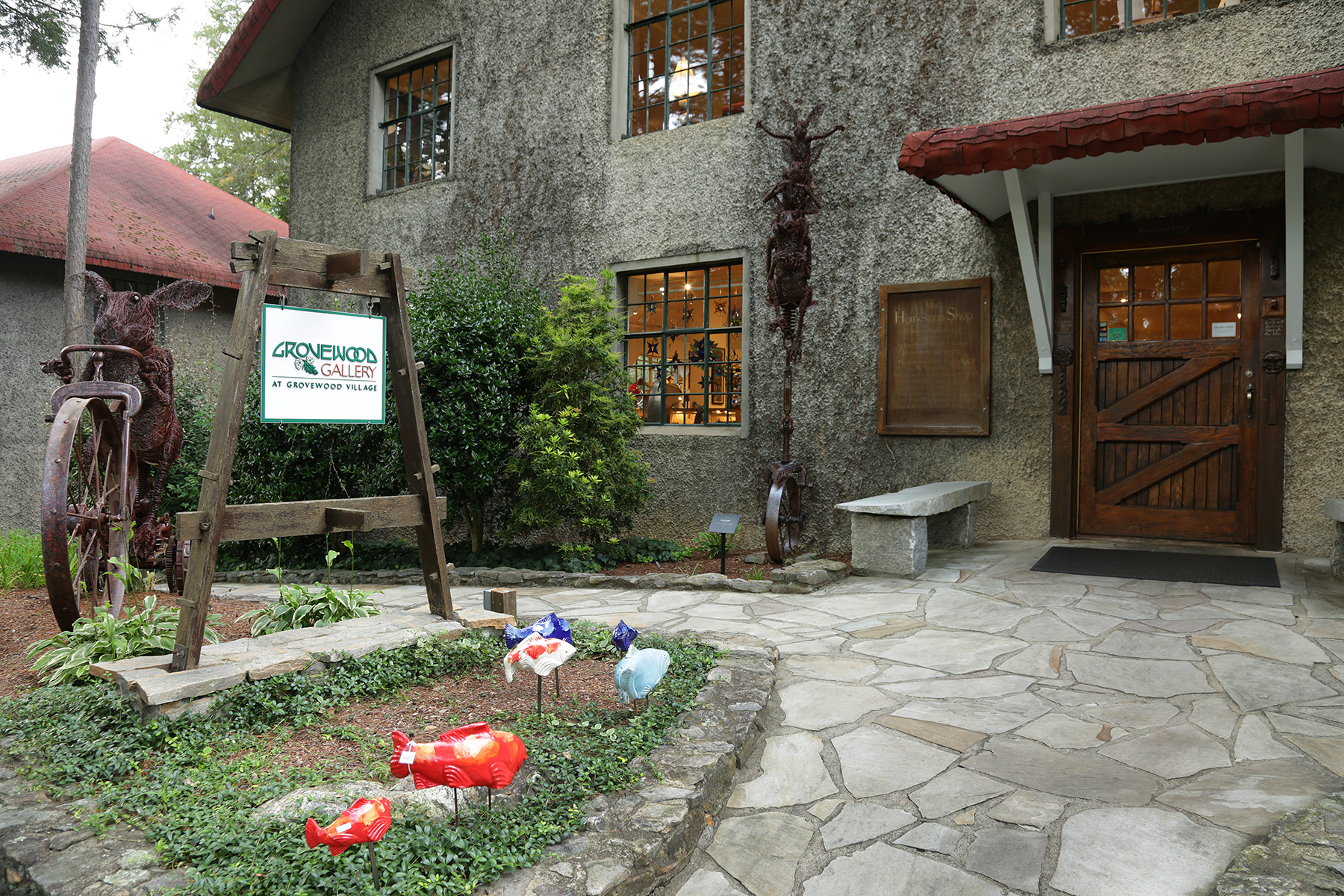 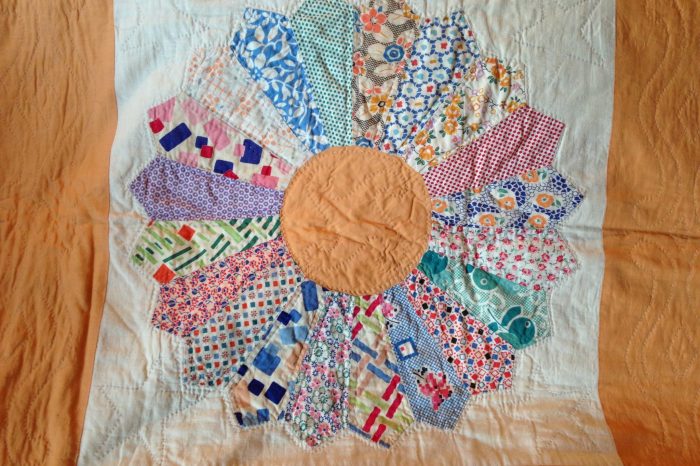