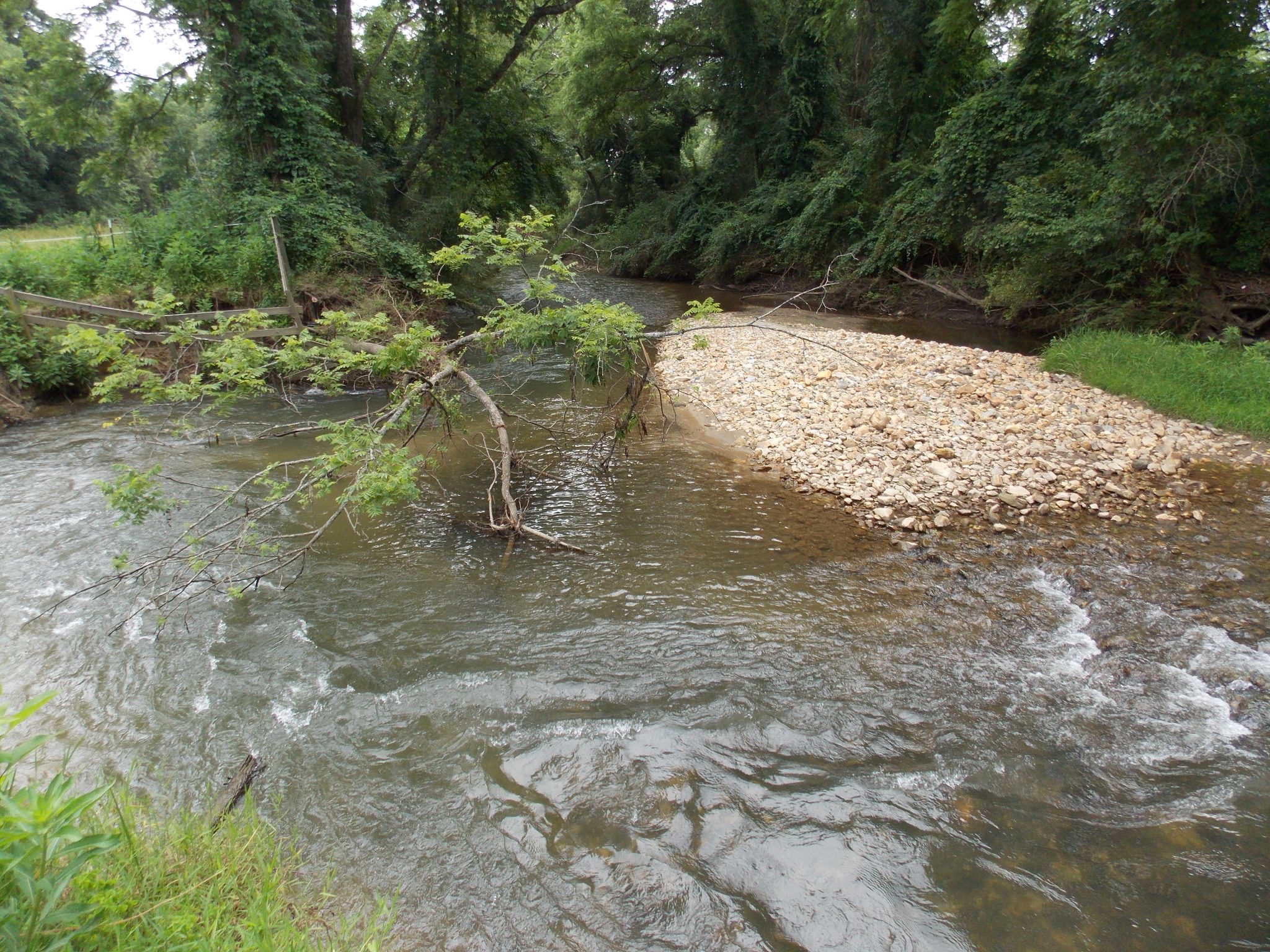 Editor’s note: this article has been republished. Original date of publication: June 24, 2018.

Not long before his death in 1804, Thomas Jefferson, esteemed former ambassador, governor, secretary of state, and president of the United States of America, when asked his occupation, simply replied:  “Farmer.”

Turns out Jefferson made a better president than he did a farmer.

But that’s another story…. 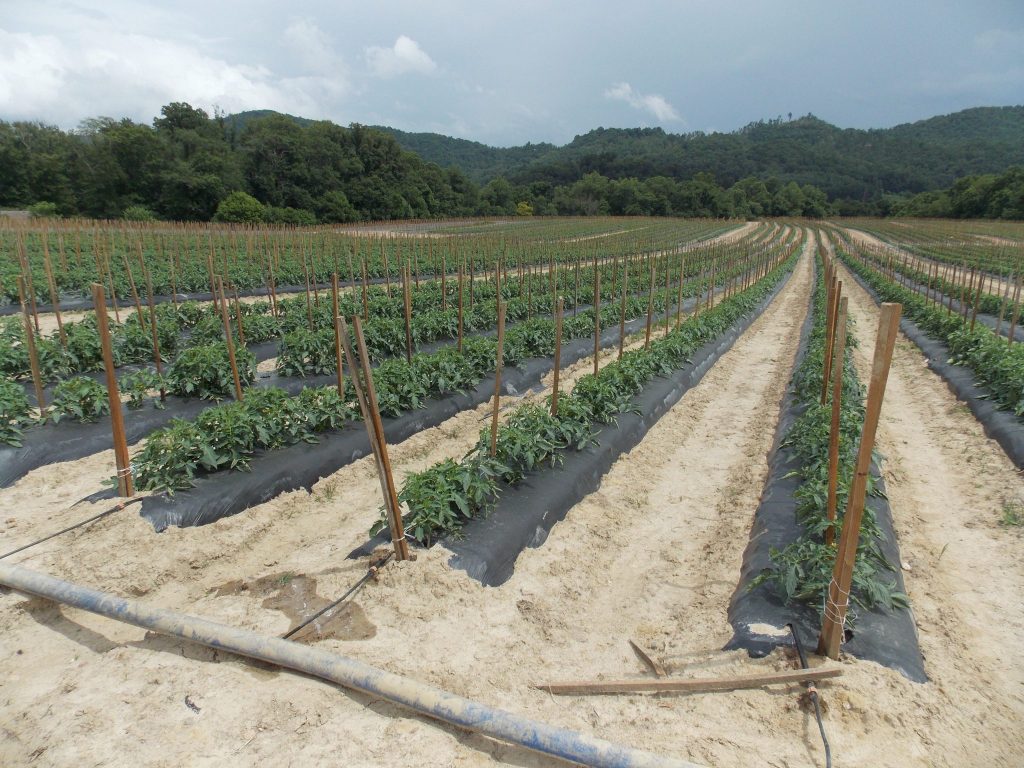 Last week, I took on the role of farmer. Our house outside of Asheville sits on 19 acres:  one-third steep woods crowded with oak, pine, and hickory trees, one-third rolling pasture for our two old quarter-horses, and one-third a flat field which, until last Friday, we had leased to a tomato farmer named Ray who had annually planted 75,000 tomato plants on our land bordered by Cane Creek.

After our second 100-year flood in the past ten years, Ray and I agreed that it was time to end our lease, and so last Monday Ray’s crew moved out his machinery, his tomato stakes, and his irrigation system, leaving us with a freshly disked, six-acre field of loose loamy soil.

We had grown tired of the mess associated with renting our field out to anyone growing vegetables or corn, so Leigh Ann and I decided to turn the former tomato field into a hay field. You would think growing grass would be both cheap and easy, but that is not the case. Quality orchard grass seed now costs $175 for a 50# bag, and fifty pounds covers about one acre. And buying the seed was the easy part. 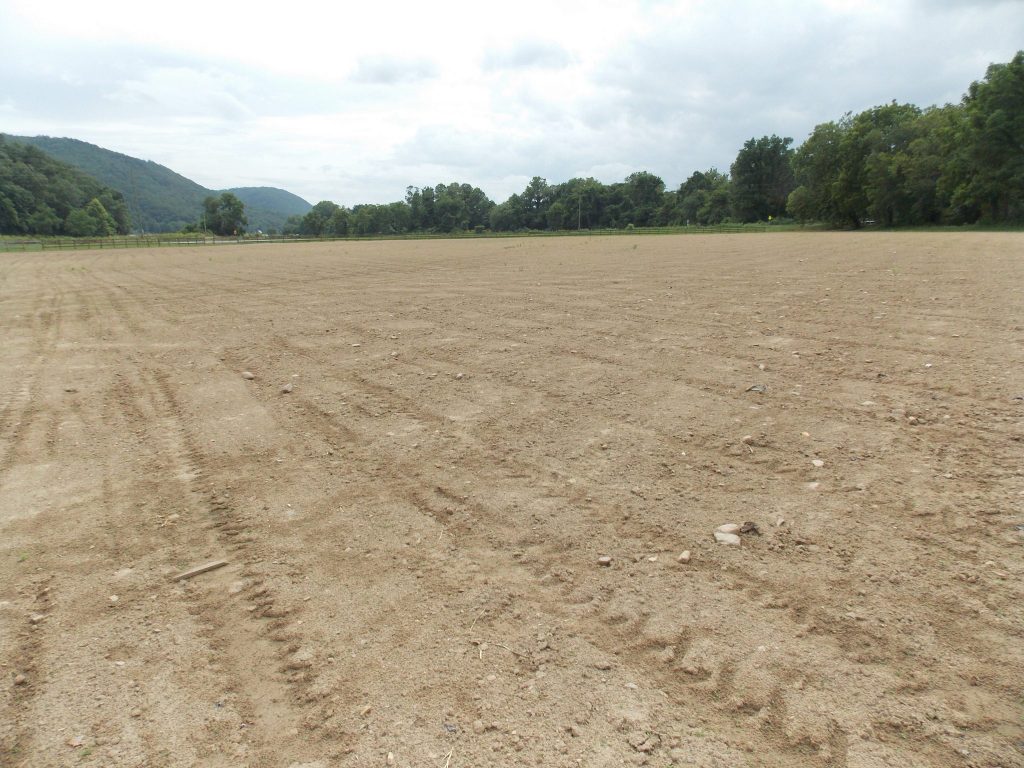 Ray had disked our six-acre field, but it was far from ready to sow grass seed. Six years of tomato crops had left semi-permanent raised rows –  imagine row after row of dirt speed bumps – across our field. I hooked up my small disk and harrow to the back of my Kubota tractor and began systematically driving across more than fifty dirt speed bumps, knocking them down and spreading them out with each pass. But jarring both my kidneys loose at the same time.

Halfway through my second pass over the speed bumps, an afternoon thunderstorm rolled down from Mount Pisgah, drenching me, my tractor, and my half-finished field with an inch of rain and sending me back to my office. But I returned the following day and continued making pass after pass after pass back and forth across the field, vertically, horizontally, and diagonally, until the speed bumps had been smoothed out and the dirt clods crumbled into fine particles. 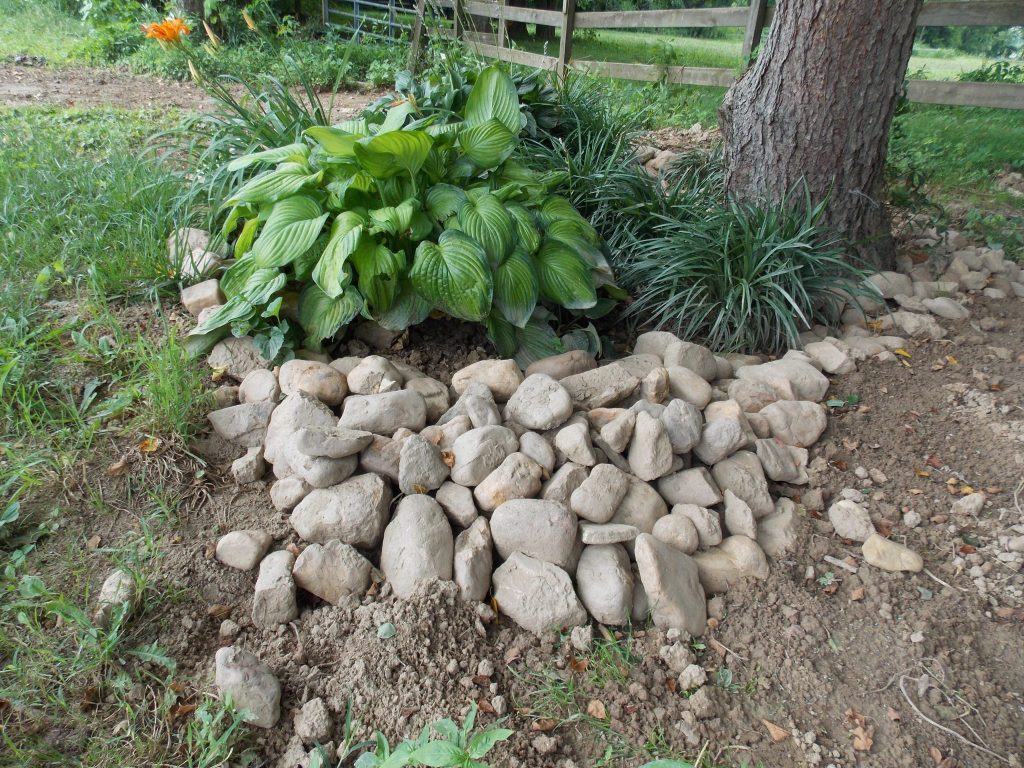 As I did, Leigh Ann walked the field, picking up hundreds of river rocks ranging in size from baseballs to footballs that the flooding creek had left behind, just to remind us of the dark power of Nature. Not one to let even a river rock go to waste, Leigh Ann put them to good use, bordering and protecting the hostas she had planted over the grave of her beloved cutting horse Tops.

And then we did what all farmers do:  we waited for it to rain. Fortunately, we did not have to wait long, as an early summer shower dropped a half-inch of rain on our field the next day. That was followed by a day of warm sunshine, then another brief shower, so our grass seeds have had an almost ideal week of germination. 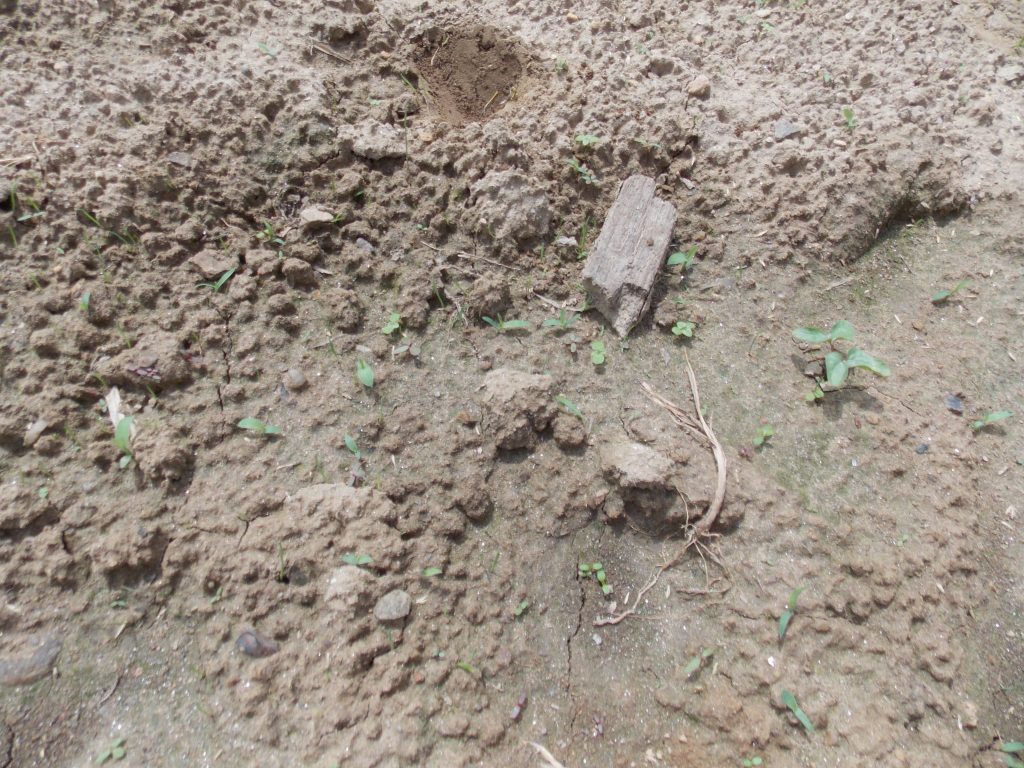 One week later, our hard work was rewarded with the first sign of millions of tiny grass shoots pushing their way up and out of the soil toward the sky. But we are not out of the woods yet, as the saying goes, for now we get to spend the remainder of the summer worrying about either too little or too much rain, too little or too much searing heat, and whether or not our gentle trout stream will again turn into a raging torrent capable of ripping entire walnut trees out of the bank. 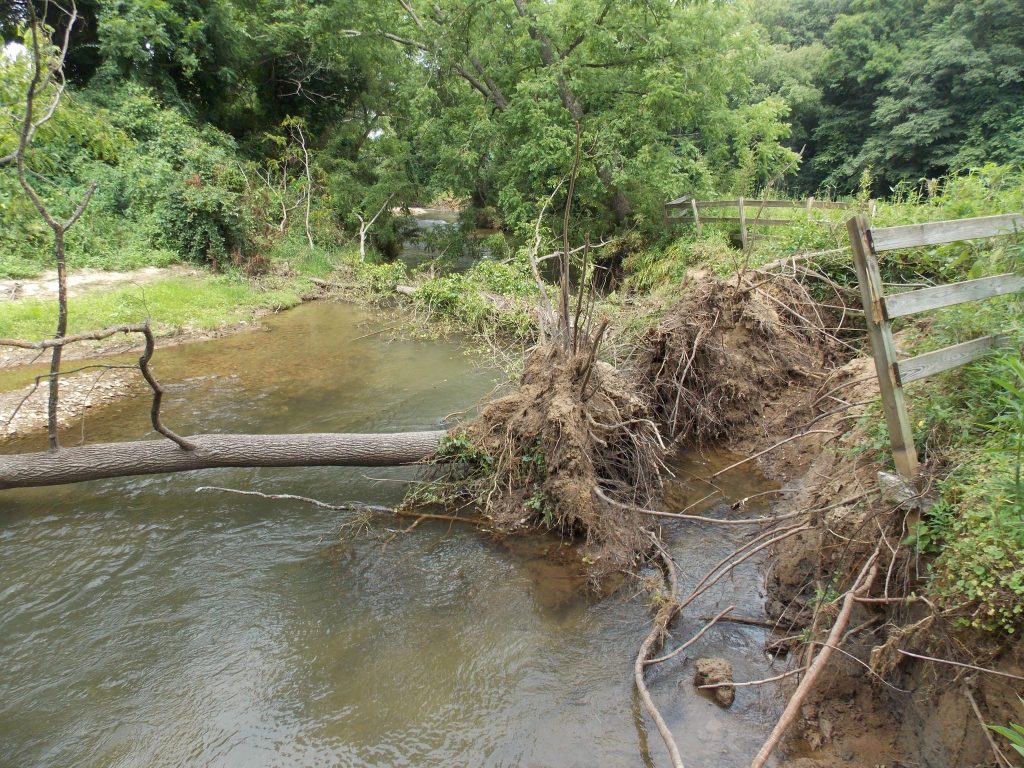 “The best time to plant grass seed is the first time.” – Donny at Fletcher Seed and Seed 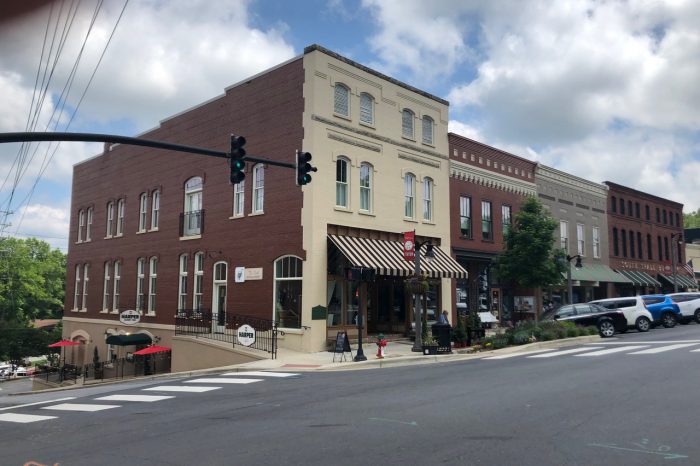