The Life of a Collector 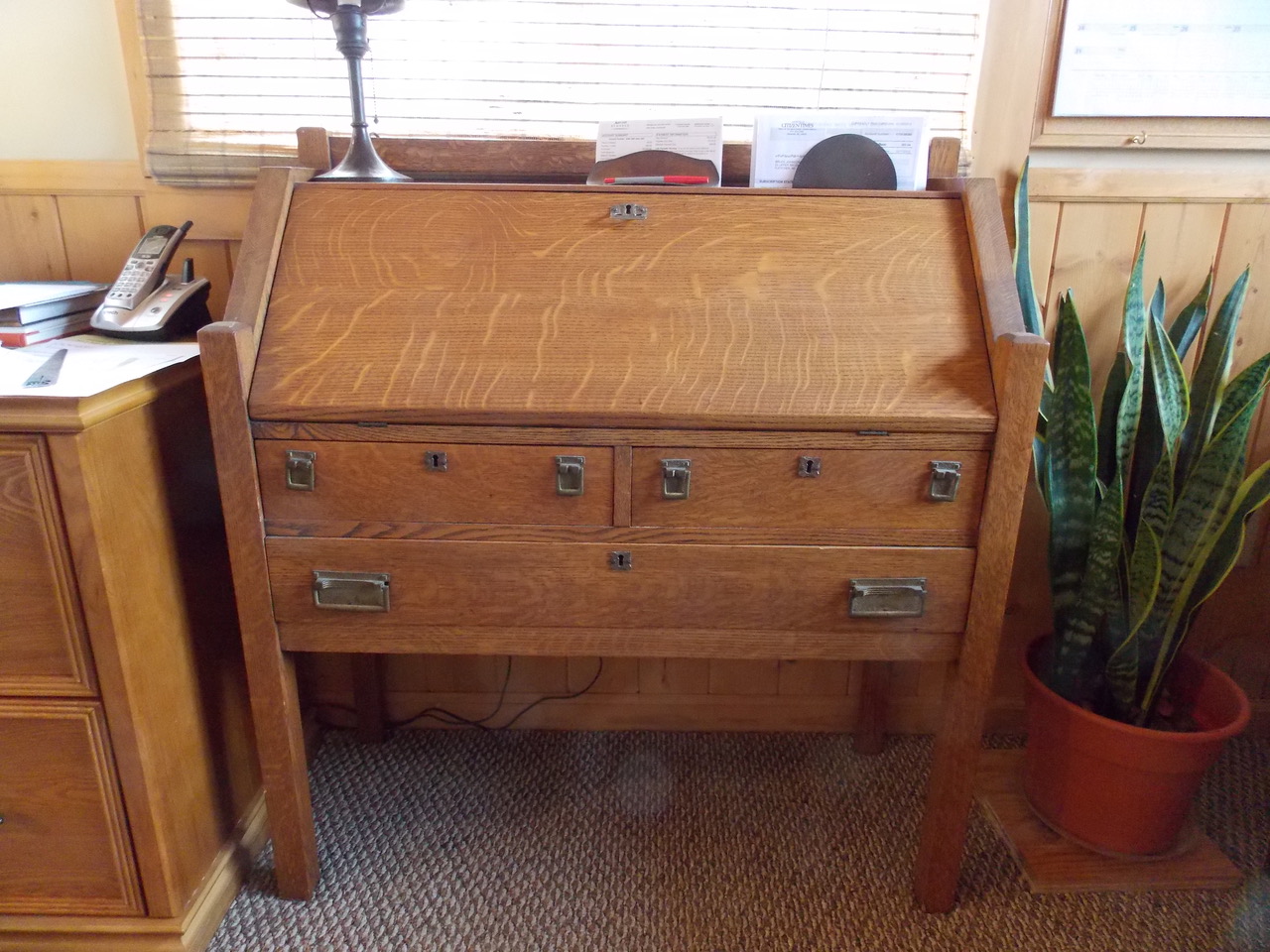 The Life of a Collector

Each time I return from the 1913 Grove Park Inn and the annual National Arts and Crafts Conference, I sink back into my oak Morris chair and look around the room, feeling fortunate that I discovered Arts and Crafts for myself so many years ago.

I had already been a collector — first of coins and baseball cards as a youth, later of Golden Oak furniture — when I came across my first major example of Arts and Crafts: a set of six Roycroft dining room chairs. Before long I was selling my fancy Golden Oak bed, sideboard, and server and buying whatever Arts and Crafts furniture I could find around Iowa City: a Gustav Stickley magazine stand, a Roycroft Little Journeys table, a Stickley Brothers library table, and a 60-inch, two-door Craftsman Workshops bookcase from the home of Mrs. Zamanski, widow of a former university professor.

As well as my father’s own quartersawn oak dropfront desk. 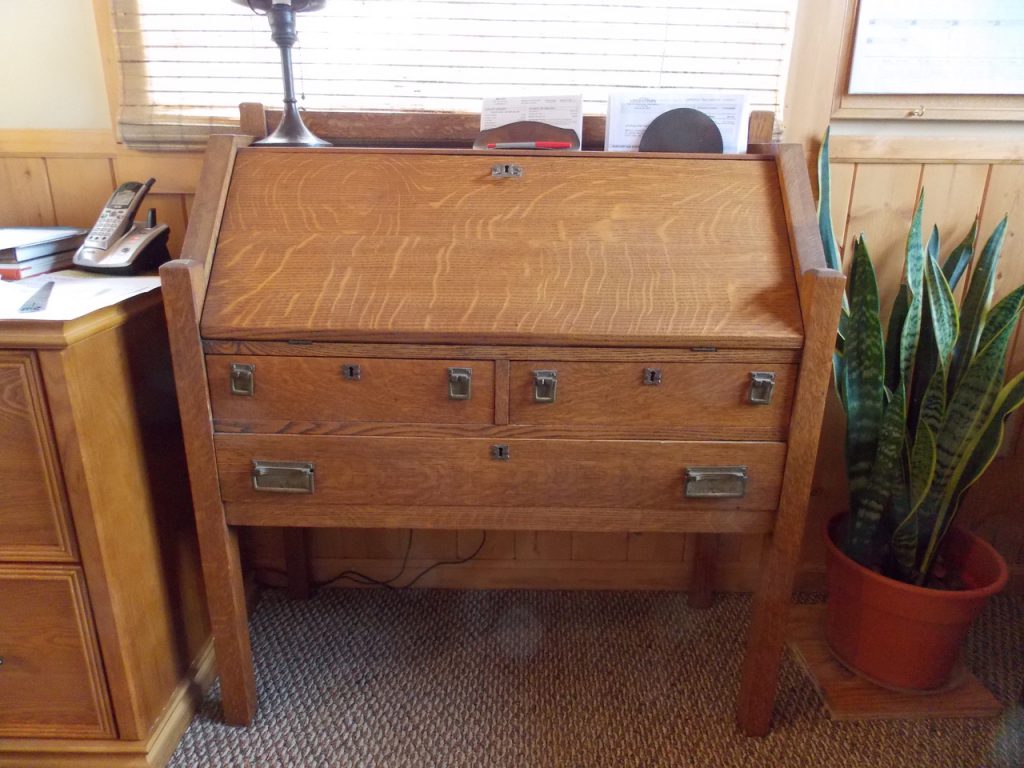 And that was just the beginning.

At the time I was also making a living as an antique furniture restorer, floor refinisher, newspaper columnist, and antiques dealer, so my hobby had to pay for my habit. The day I bought three pieces of Stickley furniture from a family, I knew I had to sell two to be able to keep the third for myself. I cringe now at the pieces I bought, but had to sell in order to pay the mortgage, including a Harvey Ellis inlaid music cabinet and a set of L. & J.G. Stickley tall back spindle dining room chairs and table. 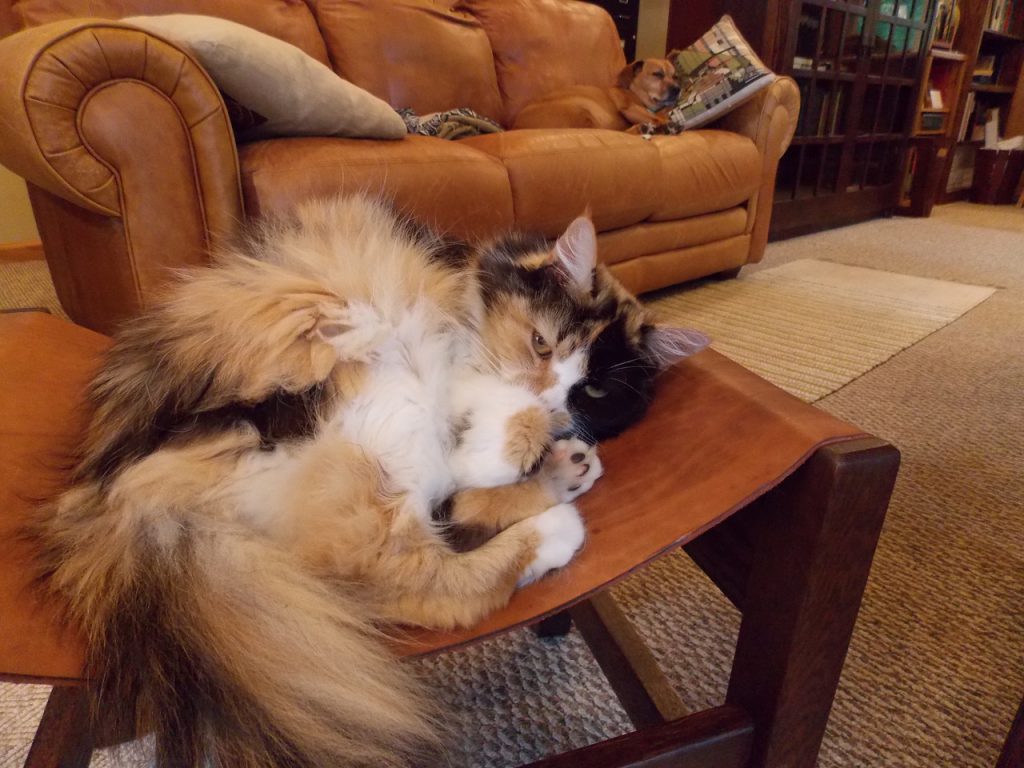 Our collection is modest, in part because we raised two sons and a number of cats and dogs on our Arts and Crafts furniture. When I encountered a rare, original piece which I knew we would break the adage – “First, do no harm.” – I generally sent it off to a safer home. One was a standard Gustav Stickley footstool, but it had perfect original leather that my cat was determined to use as a scratching post.

Someone had to go, and Patches was not about to pack her bags.

While my case may be a little extreme, Arts and Crafts changed my life. It modified my writing, as I began researching and writing about the movement and the various people who had been associated with it. It modified my home, as I moved from a 1980s ranch house to a 1930s bungalow, then a 1914 Arts and Crafts home in Asheville. I now live in what started as another ranch house, but which I have added Arts and Crafts detailing: a long, wisteria-draped pergola, a deck with a roof supported by corbeled posts and beams, flagstone pathways, fieldstone foundation, and cedar plank siding stained Stickley brown. 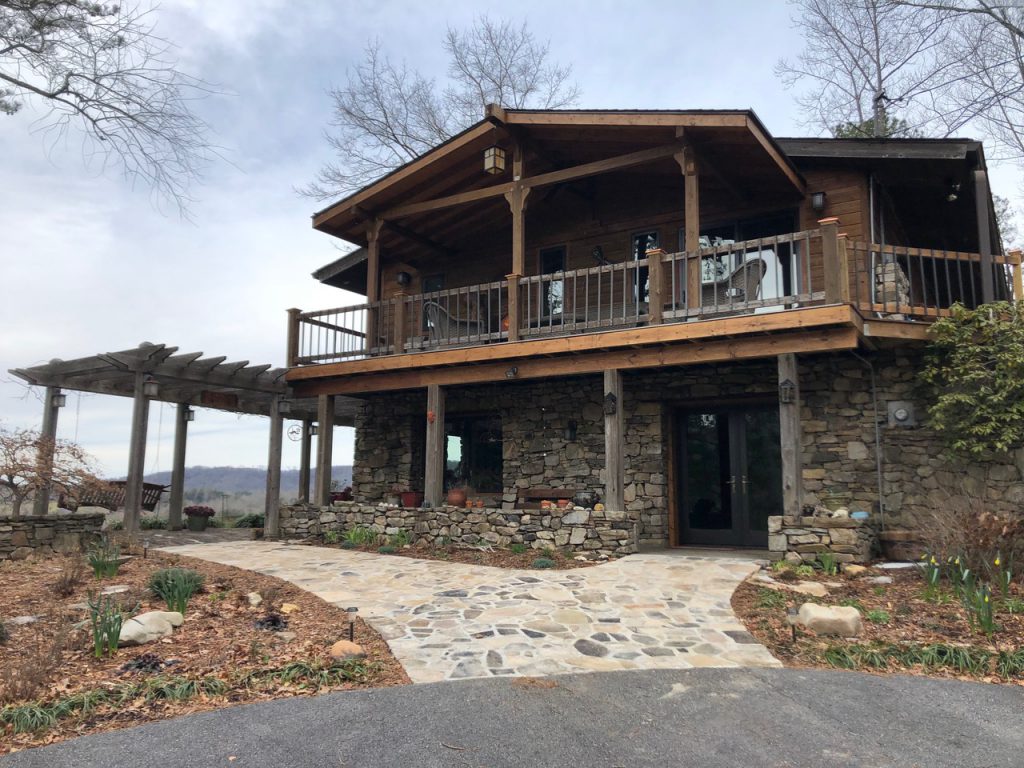 We are now working on next year’s Arts and Crafts Conference, even though it is eleven months away, but my motivation is simple: I want to throw the best Arts and Crafts reunion that anyone has ever attended.

“If you are going to do something, do it right.” – William A. Johnson, my father 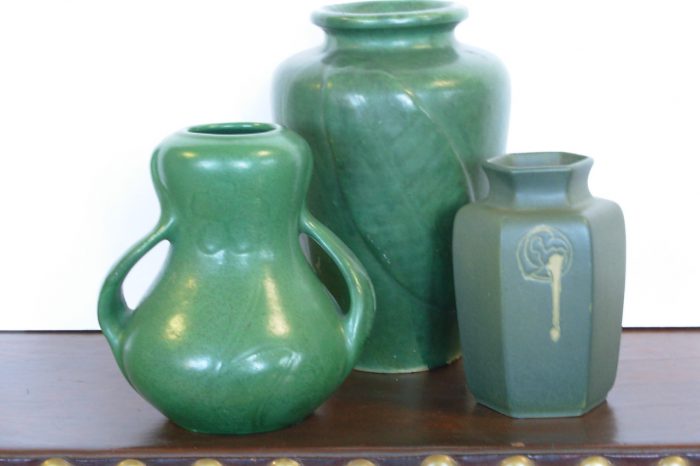 The Charms of Art Pottery