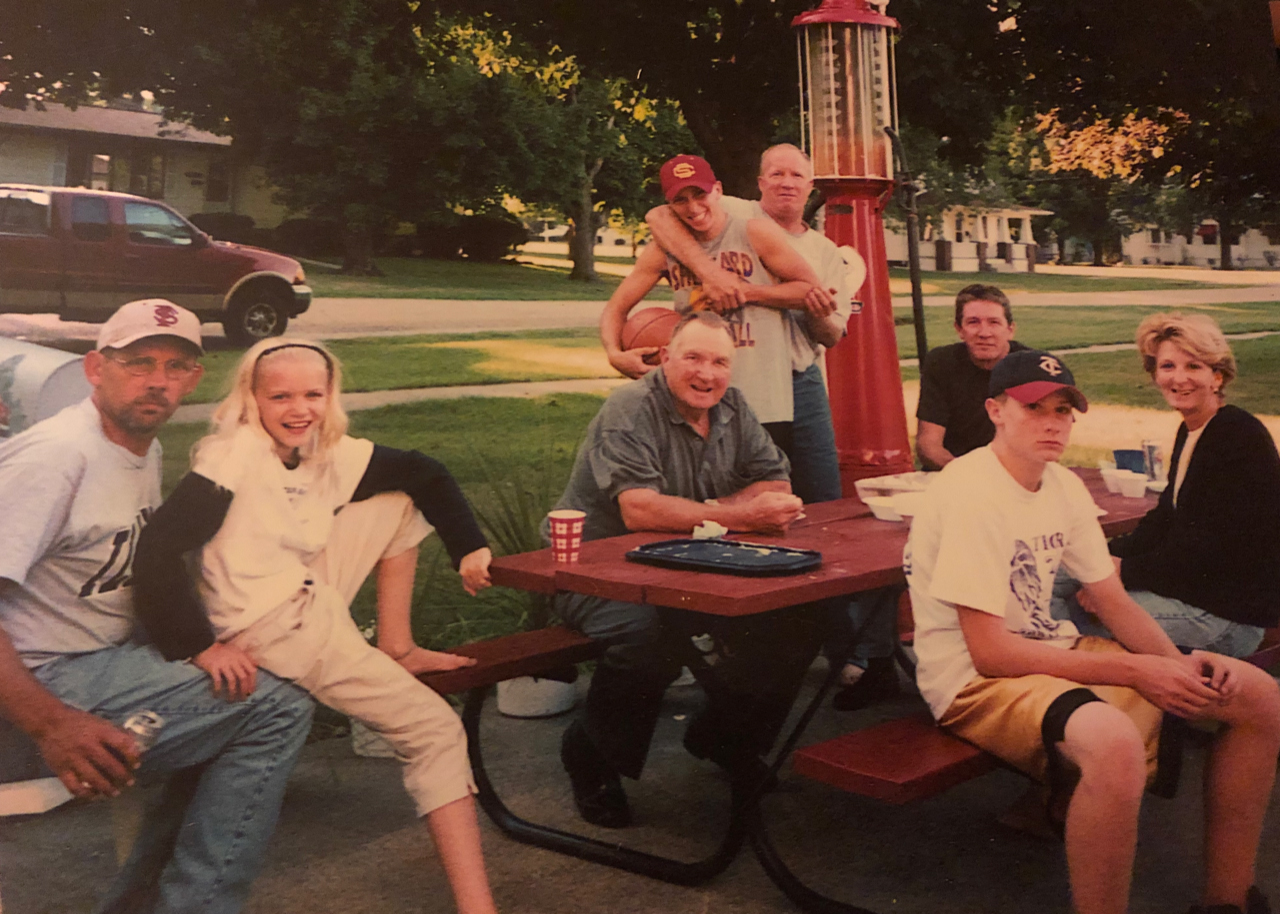 Growing up in a small Illinois town meant that most of our time, regardless of the season, was spent outdoors. Our house and those of our neighbors were set on large, level lots, often with just four houses on a single block. While as kids we complained about the amount of grass we had to mow, the sizeable vegetable garden we had to hoe, and the sidewalks we had to clear of snow, the yards were our daily playgrounds.

Rather than raised decks, most of these early twentieth-century homes featured an original covered porch across the front and a poured concrete patio in the back, usually just off the kitchen. As a child of the fifties and sixties, I recall our patio always contained a charcoal grill, a motley crew of sagging aluminum lawn chairs, and a picnic table.

With six of us in our family, plus a number of cousins, aunts, uncles, friends, and neighbors who might drop in at any time, our picnic table had to be substantial in size and materials. Built by my father (center) on a heavy metal frame, the eight-foot long top was made from two-inch by twelve-inch pine boards preserved beneath countless layers of thick paint. With lawn chairs pulled up to either end, it could seat ten, with room for plates, glasses, platters of hamburgers, and bowls of potato salad, chips, beans, and cold slaw.

Before and after meals, our picnic table also served as a workbench for scout and school projects, a curing platform for my mother’s ripening tomatoes, a display for her seasonal centerpieces, a conference table for family discussions, and a coffee shop for neighborhood gossip. 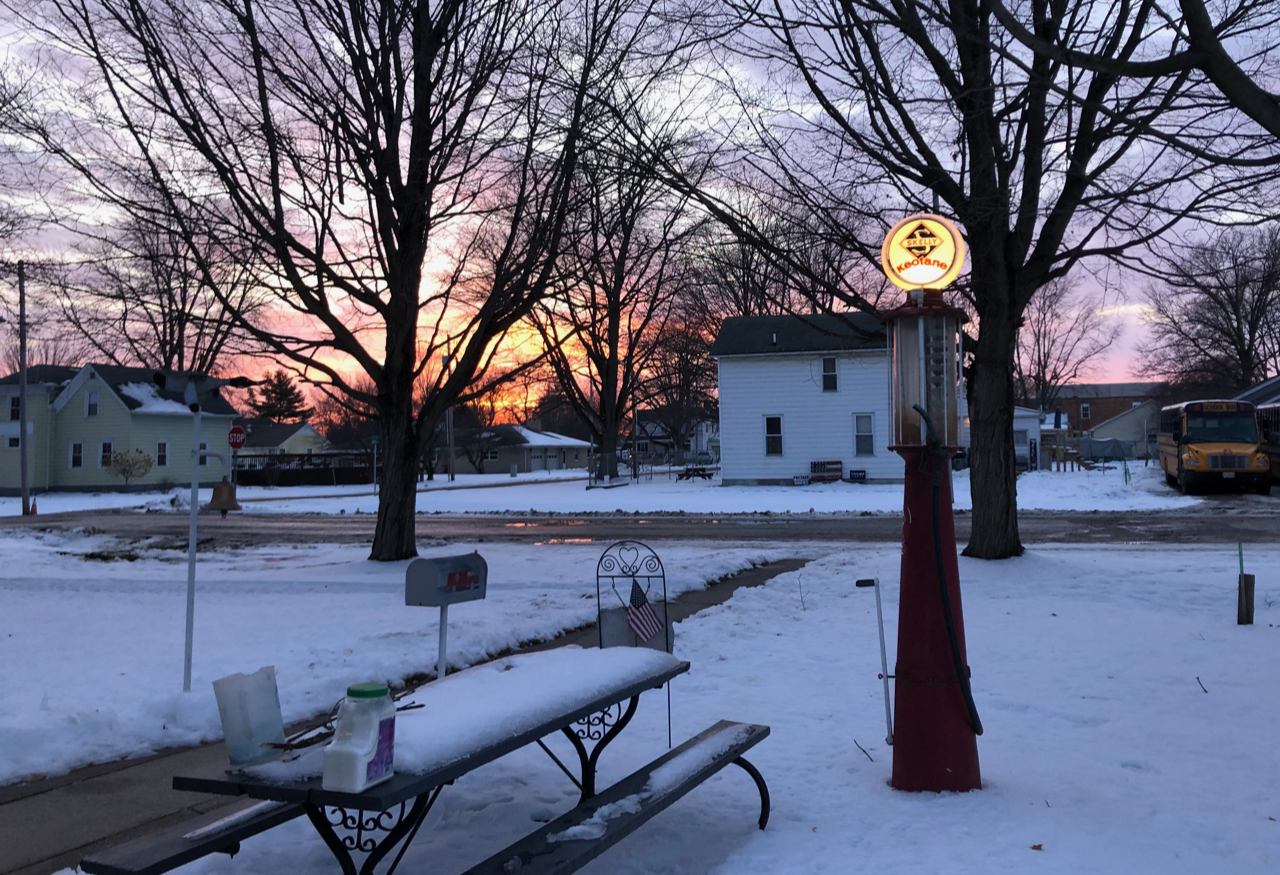 Not long ago our picnic table, like all of us, began to show the inevitable signs of age. Water from countless rain showers and snowstorms slowly but steadily had begun to soften the pine boards and weaken the rusty metal feet. We all agreed the table still had life left in it, but was going to require some serious restoration, from repairing rotted wood to welding rusted feet, and none of us was up to the task.

And so, we decided it was time to select a new picnic table for our family home, one ready for several more years of Memorial Day cookouts, July Fourth sparklers, August reunions, and a new generation of family, friends, and neighbors. 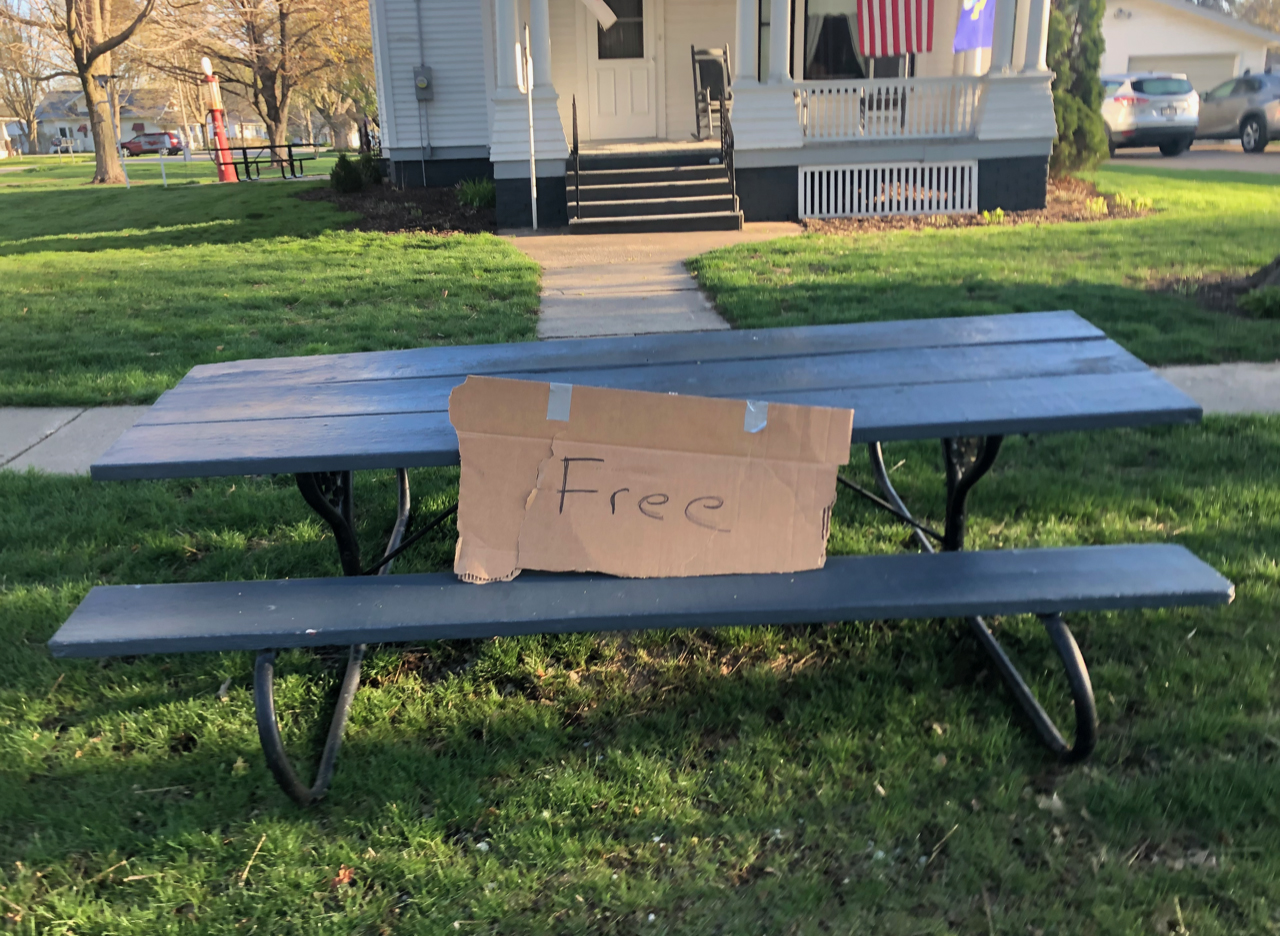 As for our beloved but worn picnic table, it quickly found a new home, one where someone with a little more energy than we had has already begun reinforcing the metal feet, repairing the wood top, and adding their own coat of paint.

As my sister Beth wrote, “Lots of good memories – and the new one will be great to create more.”

“Cherish your memories, but never pass up the opportunity to create new ones.” 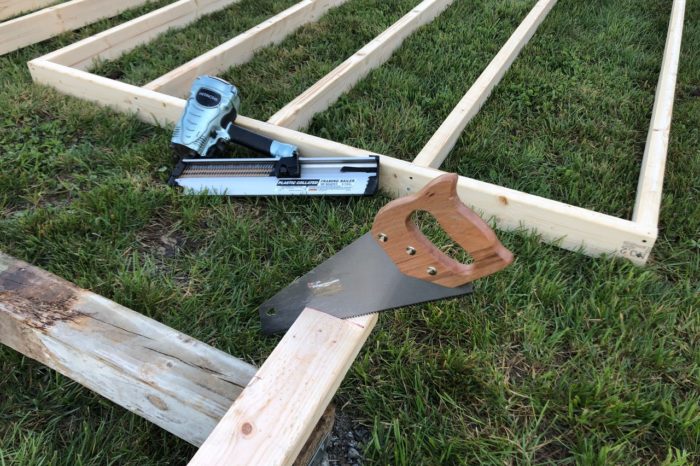