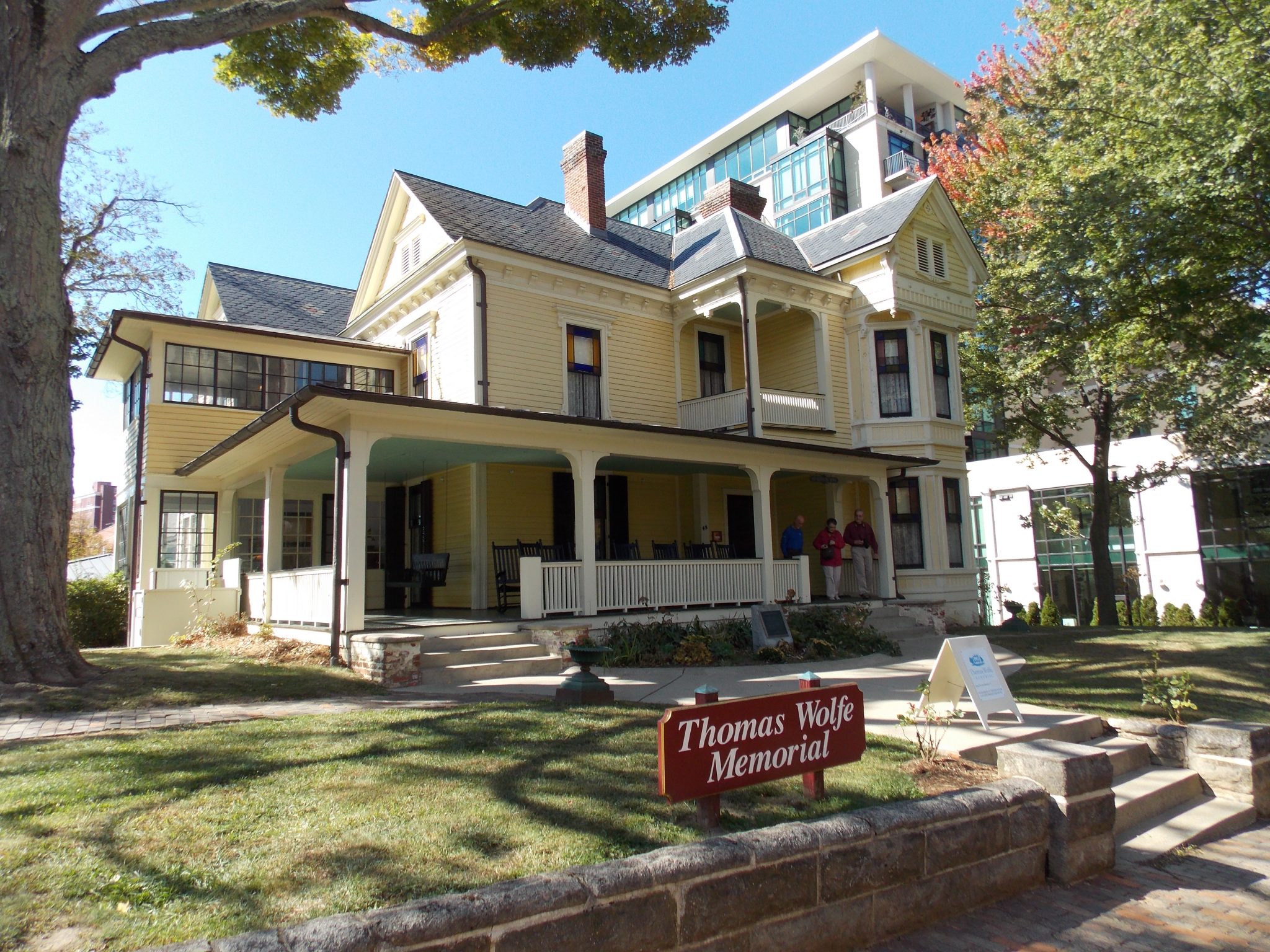 Here in Asheville we have, as many cities do, a few notable house museums. Our most famous – that being the 1895 Biltmore House, which George Vanderbilt built and which is still maintained and operated by his descendants – attracts more than a million visitors a year from around the world. At the opposite end of the city is the Thomas Wolfe Memorial House, preserved in the memory of the celebrated author of Look Homeward, Angel (1929). 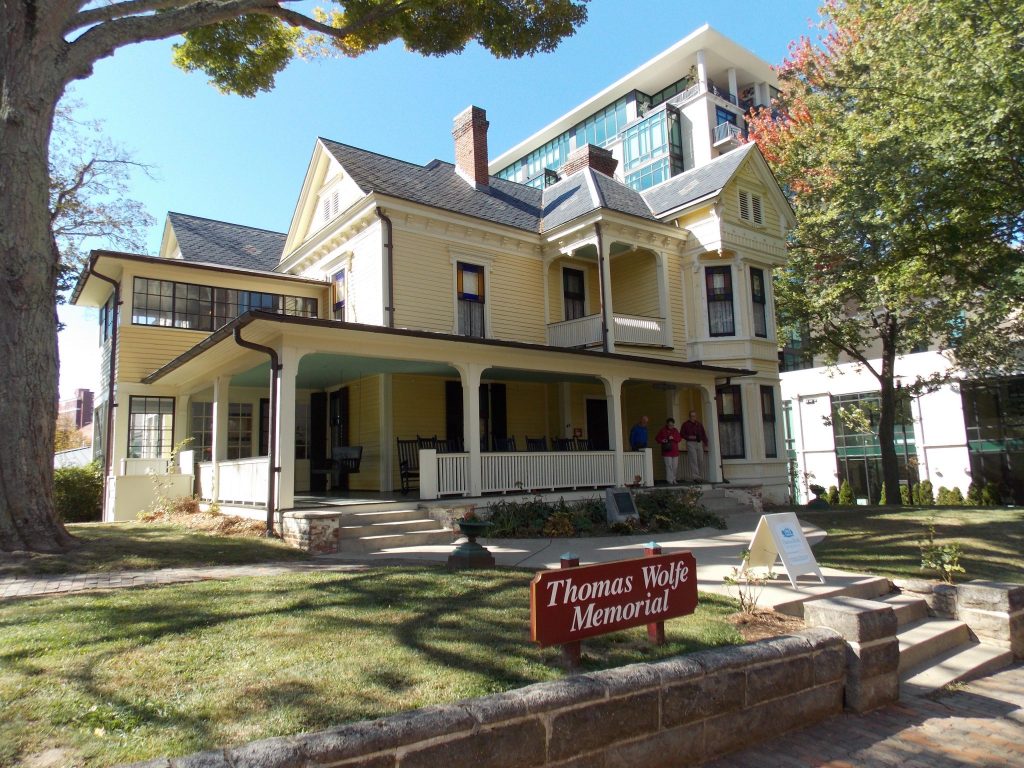 In contrast to the 250-room Biltmore mansion, it is a rambling late Victorian boarding house, which a six-year-old Tom Wolfe had to share each night with as many as 19 boarders. Some of whom, as it happened, had been turned away by other Asheville boarding houses and hotels, such as the Grove Park Inn, when they displayed the symptoms of tuberculosis.

Unfortunately, his mother Julia Wolfe had no qualms about accepting money from people who had come to the mountains hoping the clean elevated air would clear the tubercular lesions from their infected lungs. That didn’t happen, but while they waited, they coughed and sneezed and wheezed around the Wolfe boarding house, huddling in front of the fireplace in the parlor, where for a dollar a day they got a bed and dinner.

Each night young Tom literally had to wait to see what bed was available before knowing where he was going to sleep – or who might be snoring in the bed next to him. 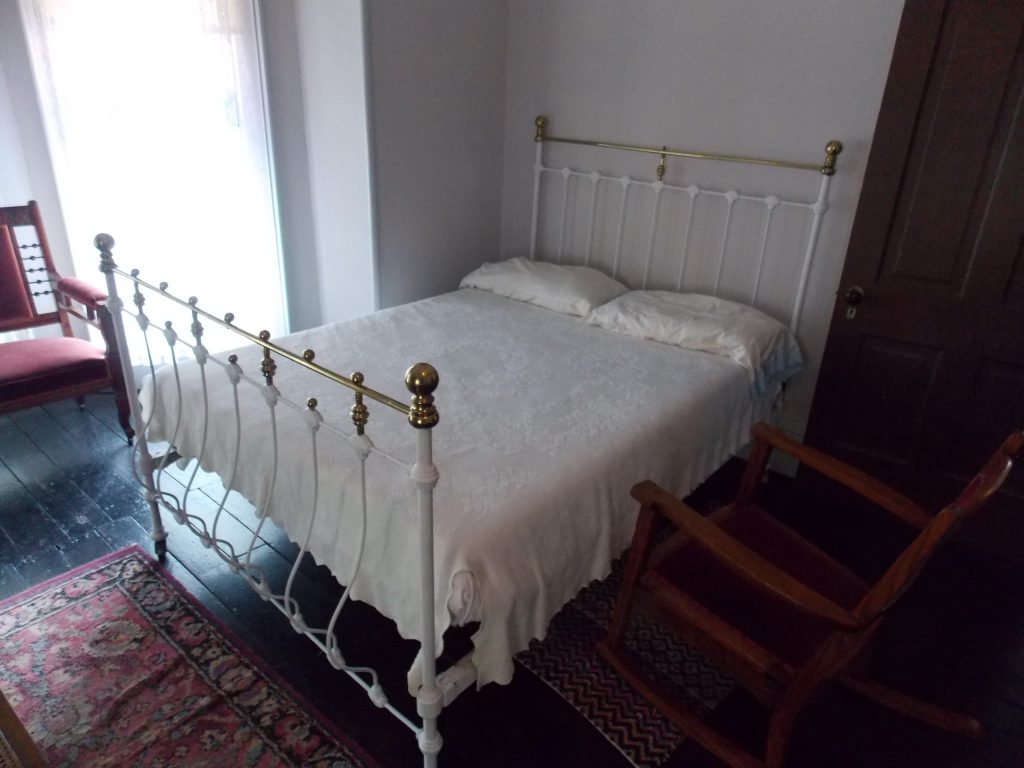 In 1916, Tom Wolfe left Asheville to attend the University of North Carolina at Chapel Hill. In the fall of his second year he received an urgent telegram, entreating him to come home, as his 26-year-old brother Ben lay dying in one of the second-floor bedrooms (above). A few weeks earlier Ben had contracted a deadly strain of the Spanish flu, which in 1918 killed 675,000 Americans. Normally a healthy 26-year-old young person could fight off the flu, but Ben had previously been exposed to tuberculosis. One month earlier the draft board had rejected him, citing “weak lungs.” Undoubtedly their chest x-ray revealed suspicious lesions in his lungs. The flu virus turned to viral pneumonia and in a matter of days the infection began filling Ben’s lungs with fluid. His defensive mother always claimed that Ben did not die from tuberculosis, which technically was true, for as Tom sat by his bed that October night, Ben drowned from pneumonia. 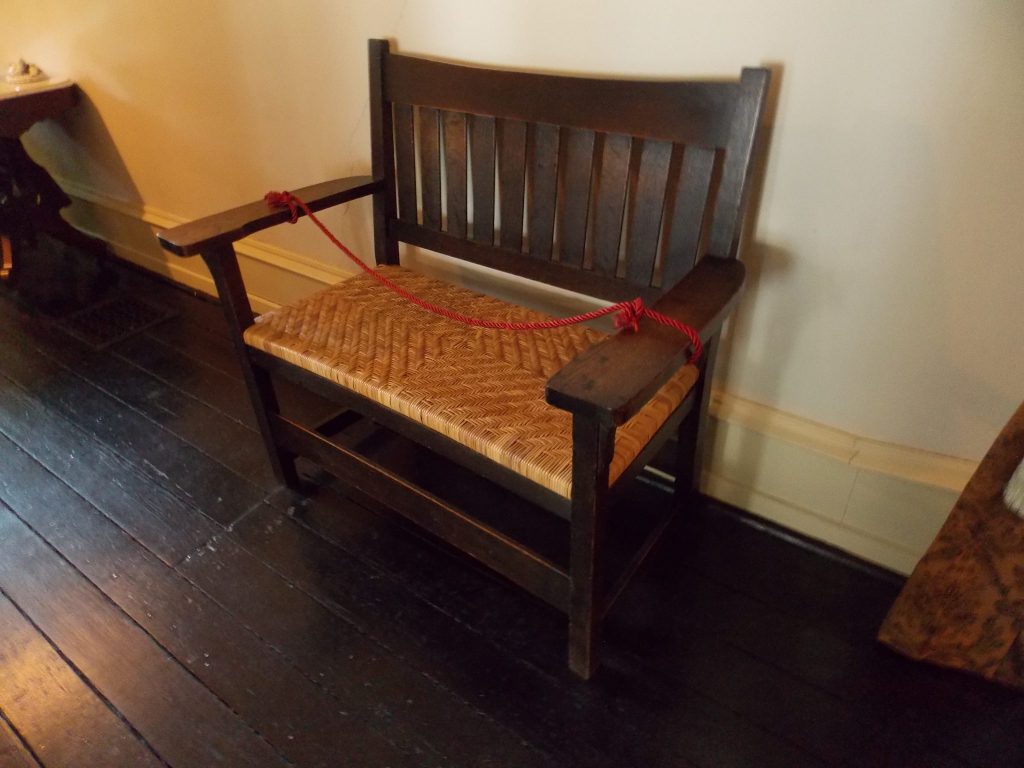 After Julia Wolfe’s death in 1945, the boarding house was saved and eventually became a historic site maintained by the state of North Carolina. Recently, my son Eric and I made a return visit to the Thomas Wolfe House, arriving early on a weekday morning to avoid the more crowded afternoon tours. In the first-floor entry, amid the jumble of turn of the century furniture, Julia Wolfe had picked up at bargain prices beginning in 1906, sit two pieces of Gustav Stickley furniture: a woven-seat settee and a V-back arm chair.

Proof that Arts and Crafts furniture is still likely to turn up in unexpected places.

You have reached the pinnacle of success as soon as you become uninterested in money, compliments, or publicity. – Thomas Wolfe

Below: Julia Wolfe and her son Tom on the porch of the boarding house during Wolfe’s last visit in 1937. He died a year later from pneumonia brought on by the release of tubercular lesions in his right lung. He was 38. 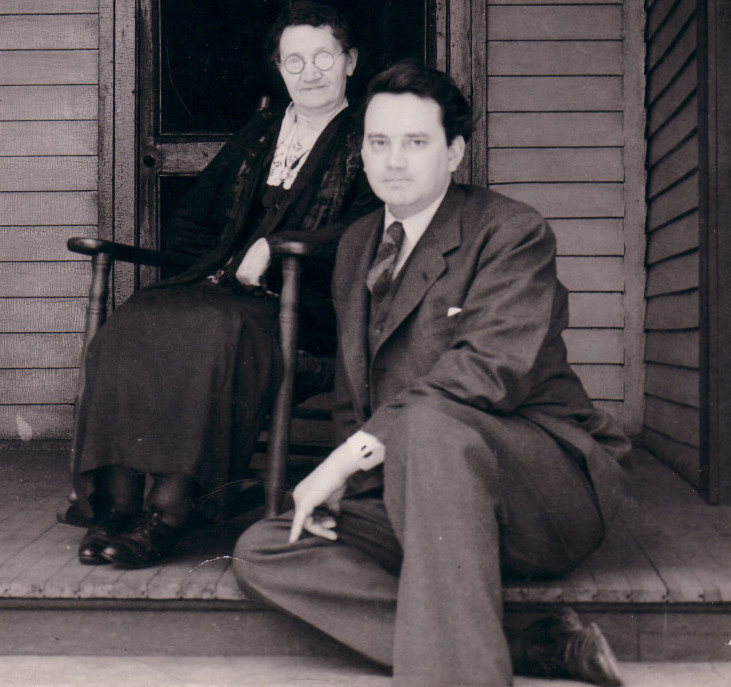 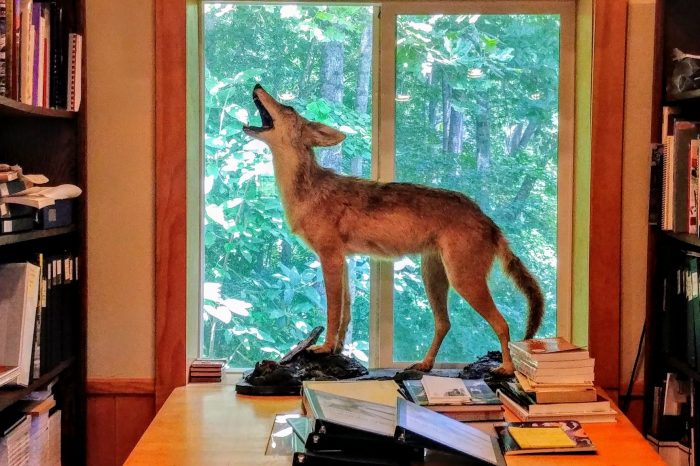