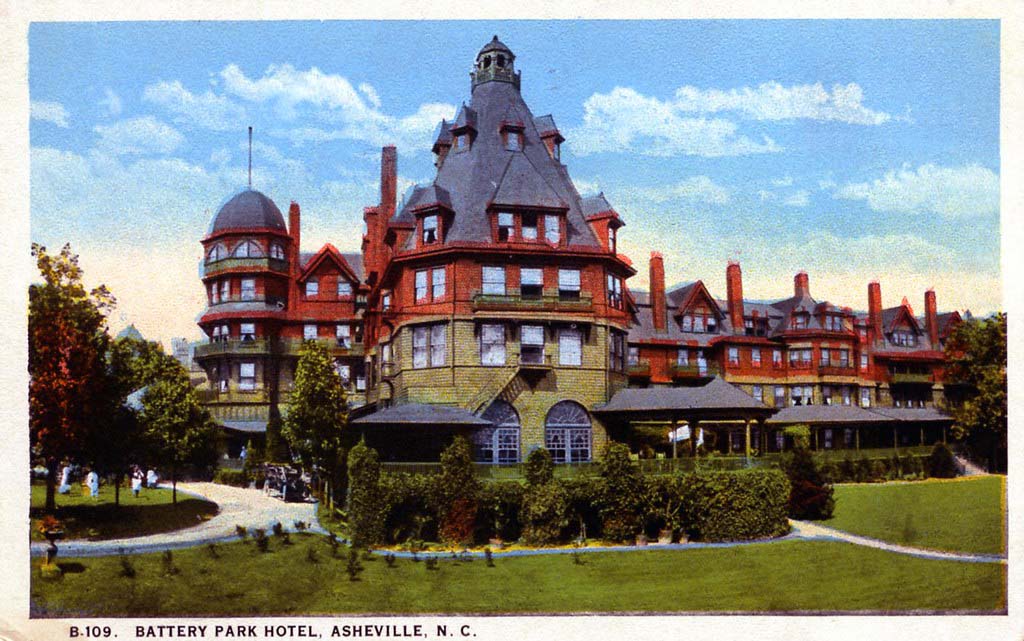 Last Thursday was book delivery day for me, which I always enjoy, as it gives me an excuse to get off the farm and dip back into Asheville for a few hours. After dropping off books at the Grove Park Inn, I parked between the 1924 Battery Park Hotel and the 1929 Grove Arcade.

Pharmaceutical manufacturer and real estate developer Edwin Wiley Grove (1850-1927) traveled from St. Louis to Asheville for his health in 1898. He built a third home here and accumulated more than 1,100 acres of land on the north side of town. Along the way he built the 1913 Grove Park Inn, several residential neighborhoods, and the 1924 Battery Park Hotel. He also envisioned and began building one of the earliest versions of an indoor mall — the square-block, three-story Grove Arcade, which has been preserved and restored as a delightful, indoor-outdoor, multi-use shopping and dining scene with upper level offices and condominiums.

After dropping off some more books at the popular Battery Park Book Exchange and Champagne Bar inside the downtown Grove Arcade, I walked across the street to the second Battery Park Hotel, this one built in 1924 by E.W. Grove.

In case you are curious, the name Battery Park came from Civil War trenches a handful of Confederate soldiers built on downtown Asheville’s highest point. Asheville had only one Civil War skirmish, which took place on April 6, 1865, just three days before the official end of the war. The intermittent exchange lasted less than five hours, as it was called a draw when it started raining, prompting the young, war-weary soldiers on both sides to turn and start walking home.

The first Battery Park Hotel had been built atop this downtown ridge in 1886 to accommodate tourists and businessmen drawn to the city by the arrival of the railroad, finally tunneled through the encircling Blue Ridge Mountains. Standing 125 feet high, it was a spectacular, deluxe Queen Anne hotel with electric lighting and the state’s first hydraulic elevator. From one of the upper balconies New York tourist George Vanderbilt first set eyes on distant Mt. Pisgah before announcing, “I’ll buy that.” 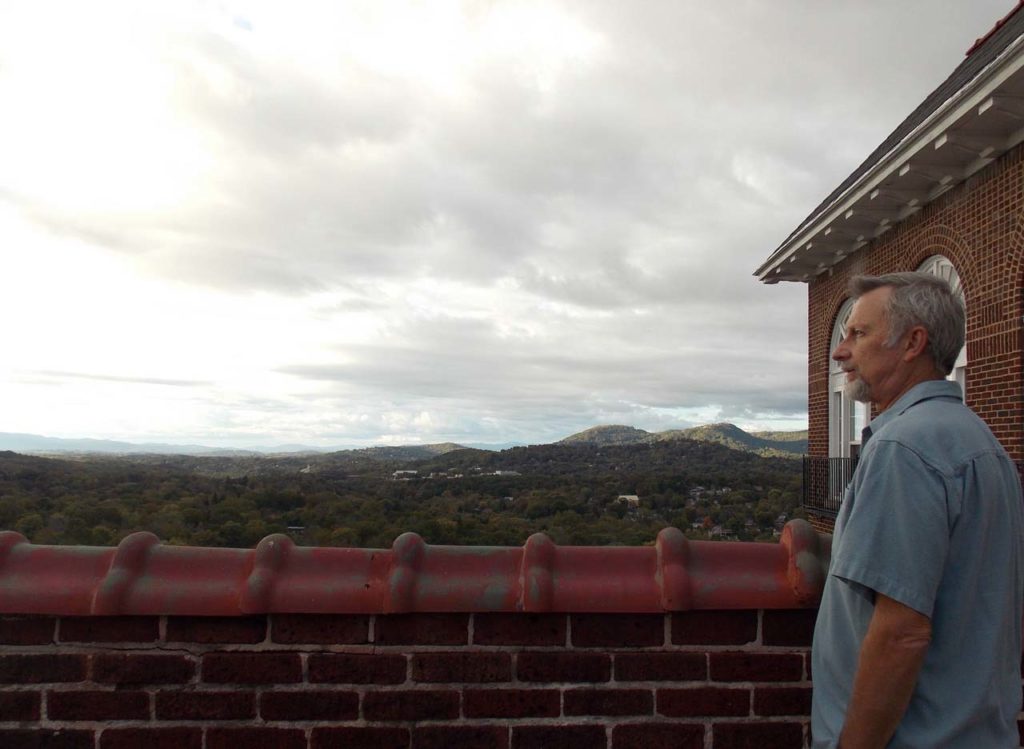 Ten years later, the young bachelor had acquired 146,000 acres of land and built himself a 250-room French chateau, as well as an Arts and Crafts feudal village set outside his towering gates.

By the 1920s, however, Asheville’s downtown grand dame was beginning to show her age, supplanted in her starring role by the understudy Grove Park Inn. Sensing yet another financial opportunity, Grove bought the aging star and, without warning, had it demolished. The move shocked and angered Asheville residents, who for decades had attended weddings, reunions, and celebrations in the hotel’s elegant ballrooms. 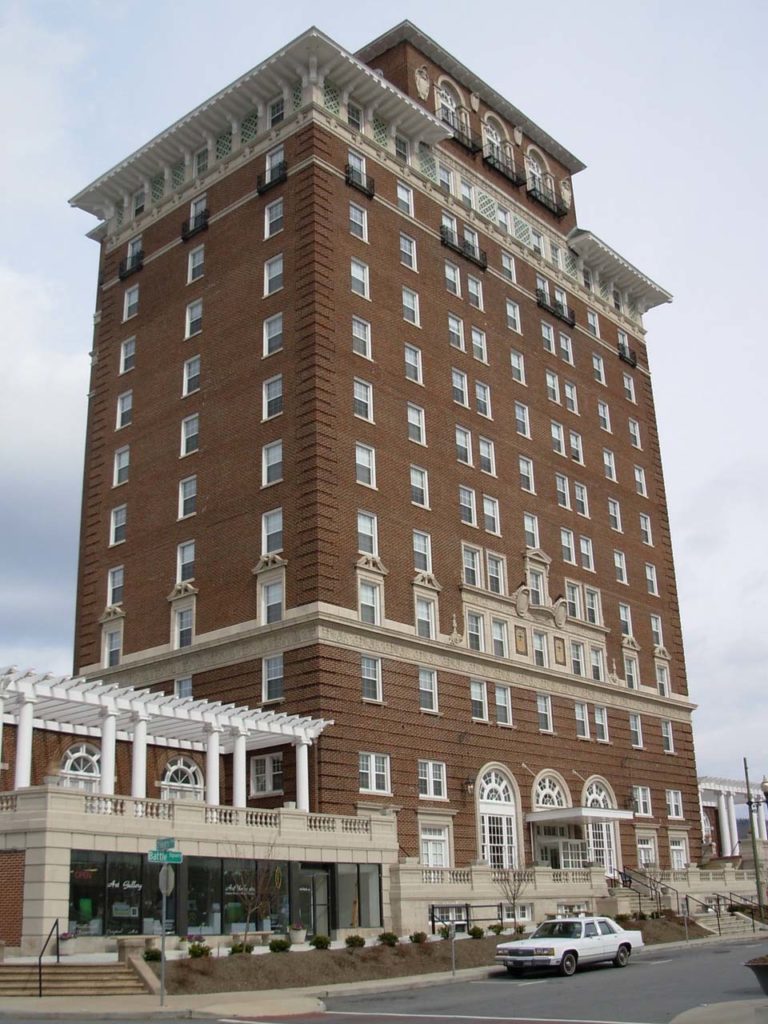 In its place the 74-year-old Grove constructed a modern 1924 version – a 14-story brick hotel crowned with his own penthouse, despite owning a spacious home a few blocks away. In its lobby, though, he did pay homage to the first Battery Park Hotel by commissioning a yet-to-be-determined tile firm to create a mosaic depicting the former beauty. 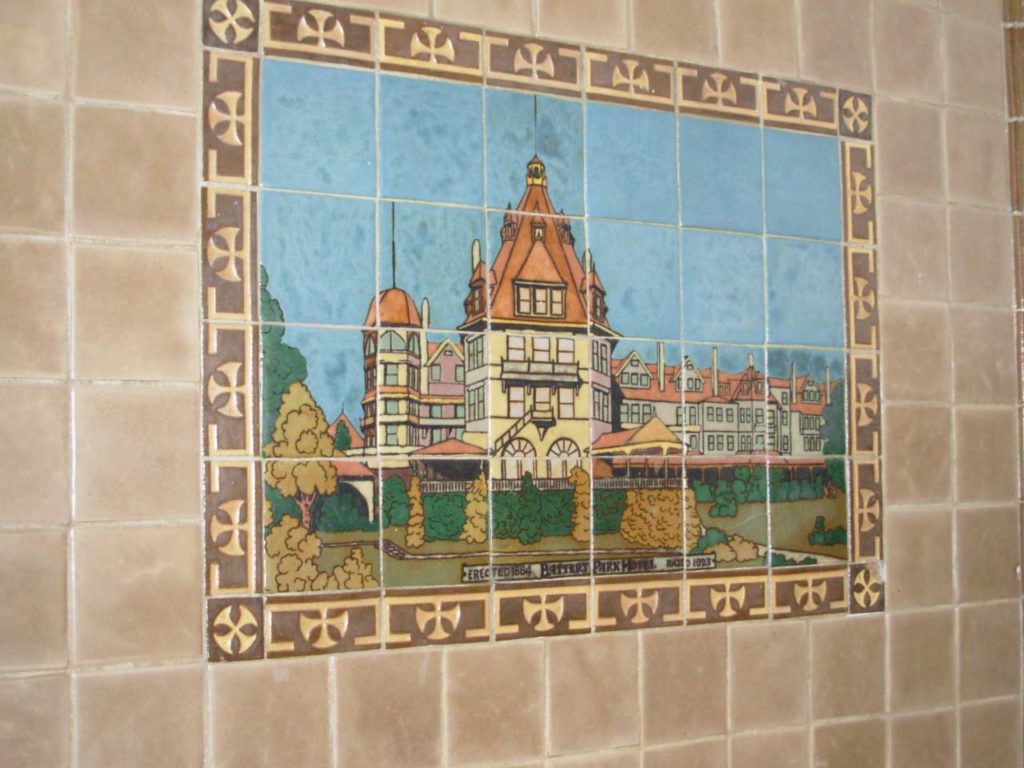 Somewhere, I hope, there awaits a long-forgotten file folder containing a letter, order, or receipt which would reveal the name of the designer and maker of this 24-tile mosaic. In lieu of that, perhaps a reader will recognize the style of these tiles and can point me in a direction which might enable us to credit someone with this historic tile installation. 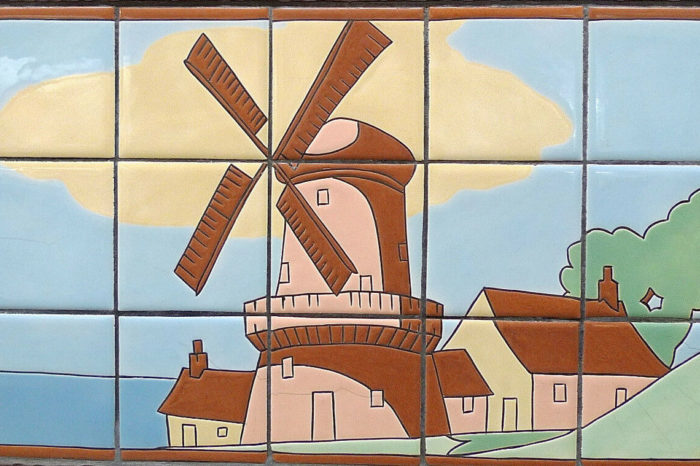