Exploring Art Pottery – and Other Works of Art – In August 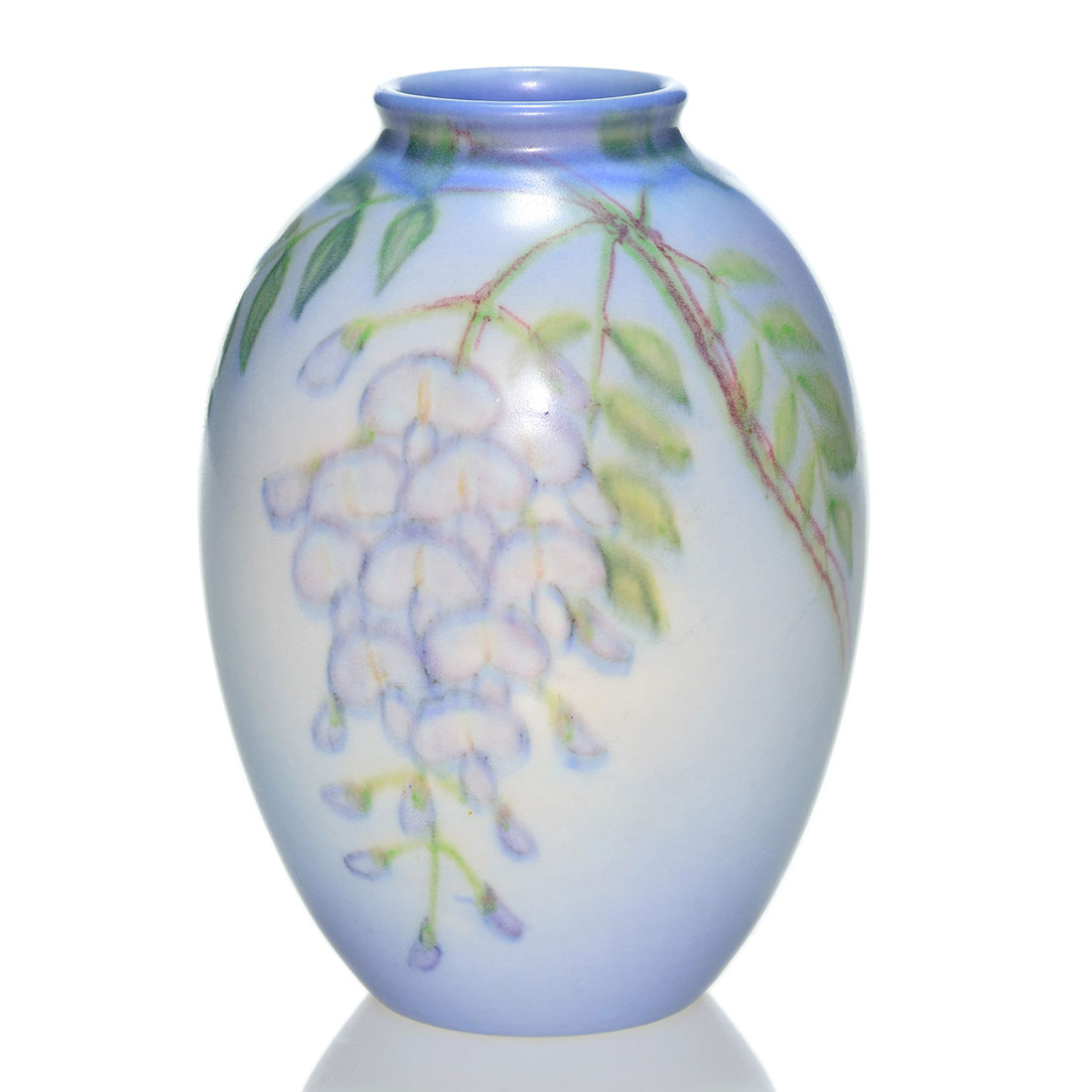 Exploring Art Pottery – and Other Works of Art – In August

As readers may have read last week, we announced our decision to, for the first time, hold an additional event this year and once more take it to the virtual environment. Our “Arts and Crafts in August: A Virtual Experience” event will be held August 1st through the 8th, hosted through arts-craftsconference.com, the site of this past February’s virtual National Arts and Crafts Conference.

Much like February’s virtual conference, the August week-long event will feature several opportunities to discuss the beauty and form of American art pottery and the culture of collecting; tips for collecting pottery for every level, the art of Rookwood, and exploring what separates Arts and Crafts style pottery from other ceramic works. 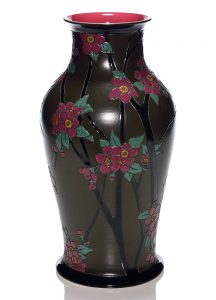 During the first week of August, enthusiasts and collectors of Rookwood pottery will be able to ask questions of Riley Humler, Director of Ceramics at Toomey & Co Auctioneers during his live small group discussion. Humler, who appeared on the popular show Antiques Roadshow as an appraiser for 21 years and has 30 years of experience in the auction business, will bring his expertise and his passion for Rookwood pottery to our audience over Zoom in his live August session. In the meantime, Humler will curate an upcoming auction of Rookwood and Keramics at Toomey & Co Auctioneer’s website on June 17th. For those who’d like to discuss the basics for collecting pottery from other firms, the culture of collecting American art pottery will be explored in a live session with Jim Messineo of JMW Gallery, a nationally recognized gallery for several well known pottery firms like Grueby, Marblehead, SEG/Paul Revere, Dedham, Hampshire, William Walley and Merrimac, Newcomb College and Rookwood. Much like sessions made available in February, these sessions will be recorded and made available through our Video on Demand page.

The Seminars from the Archives, a collection of seminar recordings of conferences past, will return in August – offering participants who had not been able to travel to the Grove Park Inn a chance to see a curated selection of informative and entertaining talks. At the 2014 National Arts and Crafts Conference, Ulysses Dietz presented “Crossing the Line: When Art Pottery Becomes Arts and Crafts Pottery” and in August of 2021, participants will be able to view the seminar at their convenience as it will be offered as part of the lineup of events as a pre-recorded seminar during the conference. Paid participants will have access to all pre-recorded seminars, live sessions and more.

The Arts and Crafts In August event will include discussions on Arts and Crafts wallpaper, favorite sites to visit in the UK, the best reference books, identifying Arts and Crafts furniture and more, which we’ll cover in the coming weeks. Stay tuned for an announcement of our final schedule!

In the meantime, keep an eye on this space for updates to the schedule.

Remember the show “Lifestyles of the Rich & Famous?” See a turn of the century version this weekend as the personal collections and homes of the late 19th century American families of affluence will be shown and those students interested in the history of design can hear what influencing factors led to their choice of aesthetics.

On Saturday, May 15th, The Stickley Museum at Craftsman Farms will host the latest session of their Zoom class on design “American Excess: Wealth and Taste in the Late 19th Century” Examples of art & architecture will be shown from the collections from Isabella Stewart Gardner, Andrew Carnegie, the Vanderbilts and others.

“American Excess: Wealth and Taste in the Late 19th Century“

A virtual class hosted by The Stickley Museum at Craftsman Farms 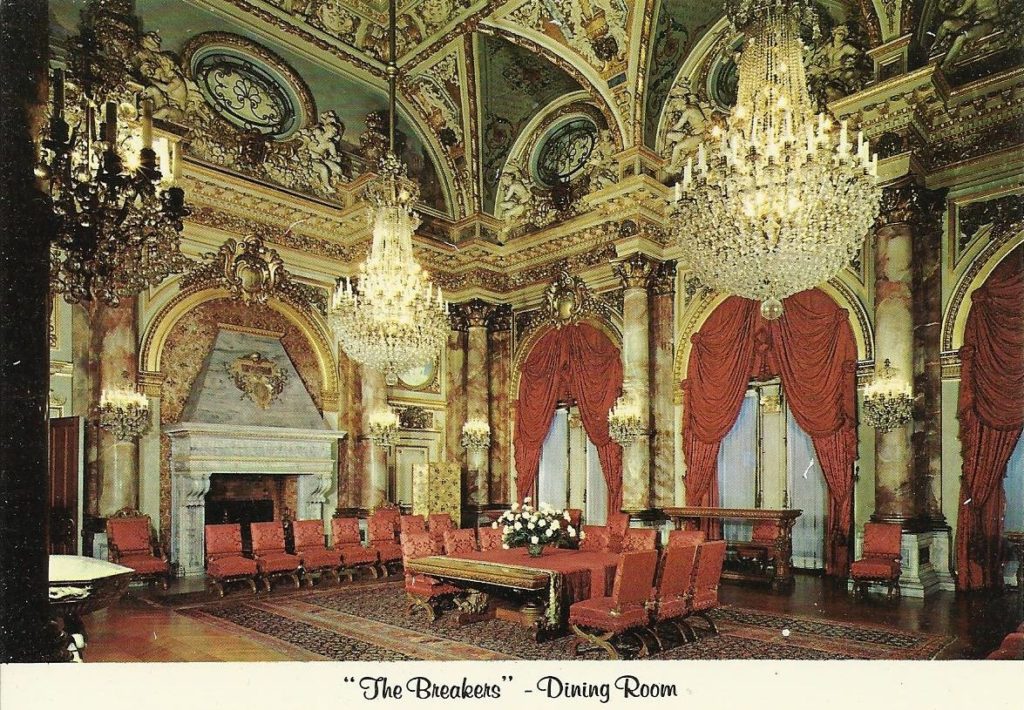 The description on the Stickley Museum’s website is as follows:

“At the end of the 19th century, a few citizens of the United States saw a rise in wealth that had previously been the exclusive purview of the nobility. If it was the peculiar circumstances of the American experiment that gave rise to their wealth, it is clear–in hindsight–that their notions of taste were rooted in old world ideas of class, culture, and wealth. This session examines the homes and collections of Isabella Stewart Gardner, Andrew Carnegie, the Vanderbilts, and others to explore how their aesthetics developed and how they continue to impact our understanding of art and architecture today.”

For more information, visit the Stickley Museum’s website at https://www.stickleymuseum.org/design-history-part-2/ 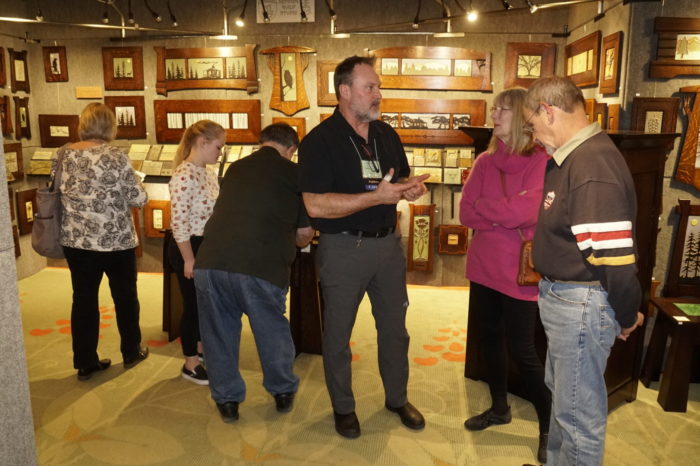 A Summer of Transition: Reopenings and Virtual Offerings