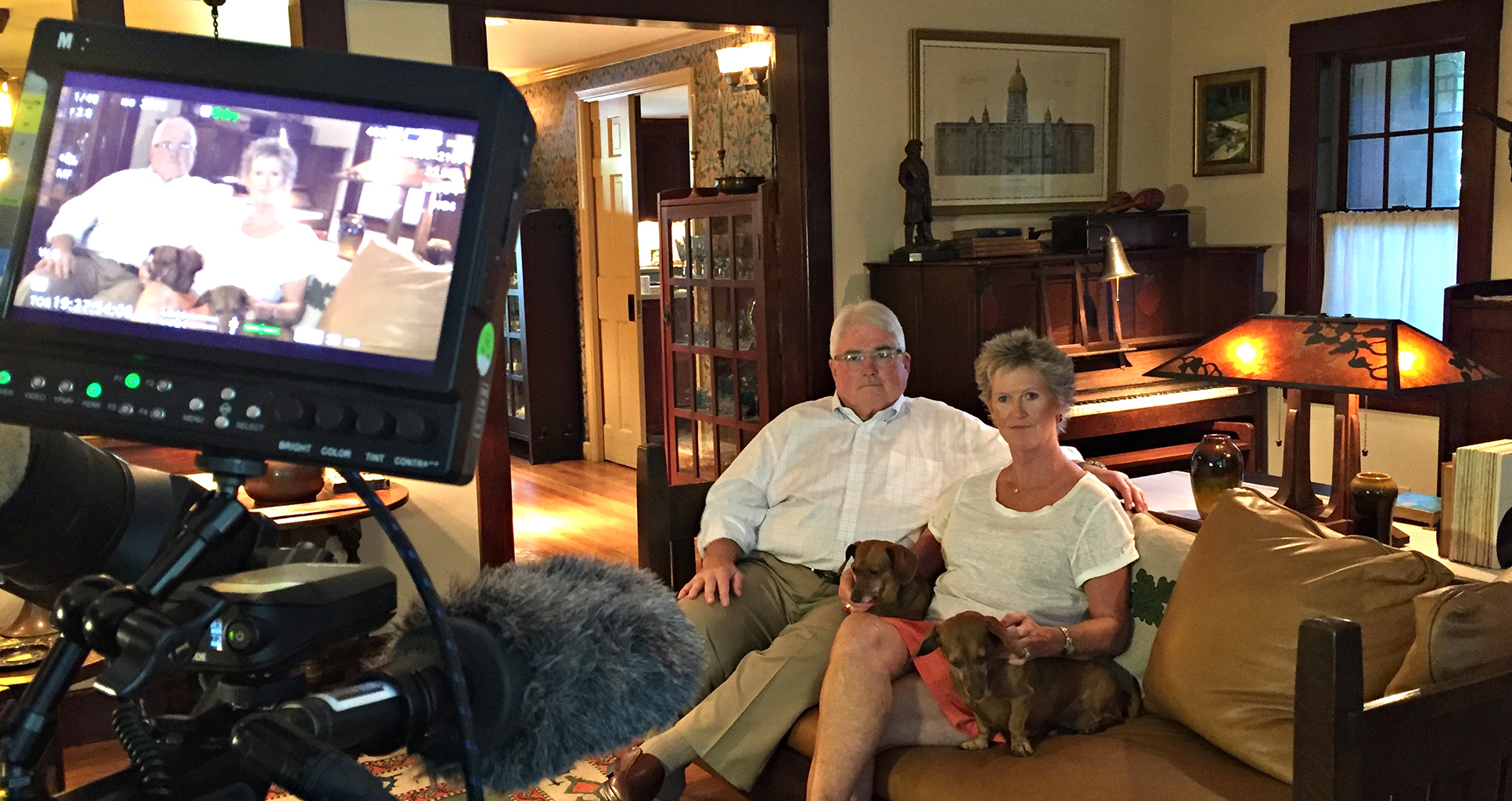 Work on the documentary film Gustav Stickley: American Craftsman has been underway since last June with filming in Massachusetts, upstate New York, Manhattan, New Jersey and just last month at the Grove Park Inn in Asheville, North Carolina. The documentary is a passion project for myself and my wife, as we have collected furniture, pottery and other items from the movement since the early 1990’s. We were thrilled to be asked to present some work-in-progress footage at the 30th Arts and Crafts Conference last month, and were able to continue capturing interviews with important figures in the movement, as well as with Stickley family members.

The feature-length film is being financed entirely via donations from supporters and enthusiasts of the Arts and Crafts Movement, and is not being underwritten by a studio or distributor. As such we are completely relying on the interest and passion of individuals who appreciate the story, era and objects of the period to help us capture the story on film. Plans call for the movie to be screened at film festivals once finished, and then possibly to be shown on a network such as PBS. The movie would then be available for purchase on DVD/Bluray, via mail order. 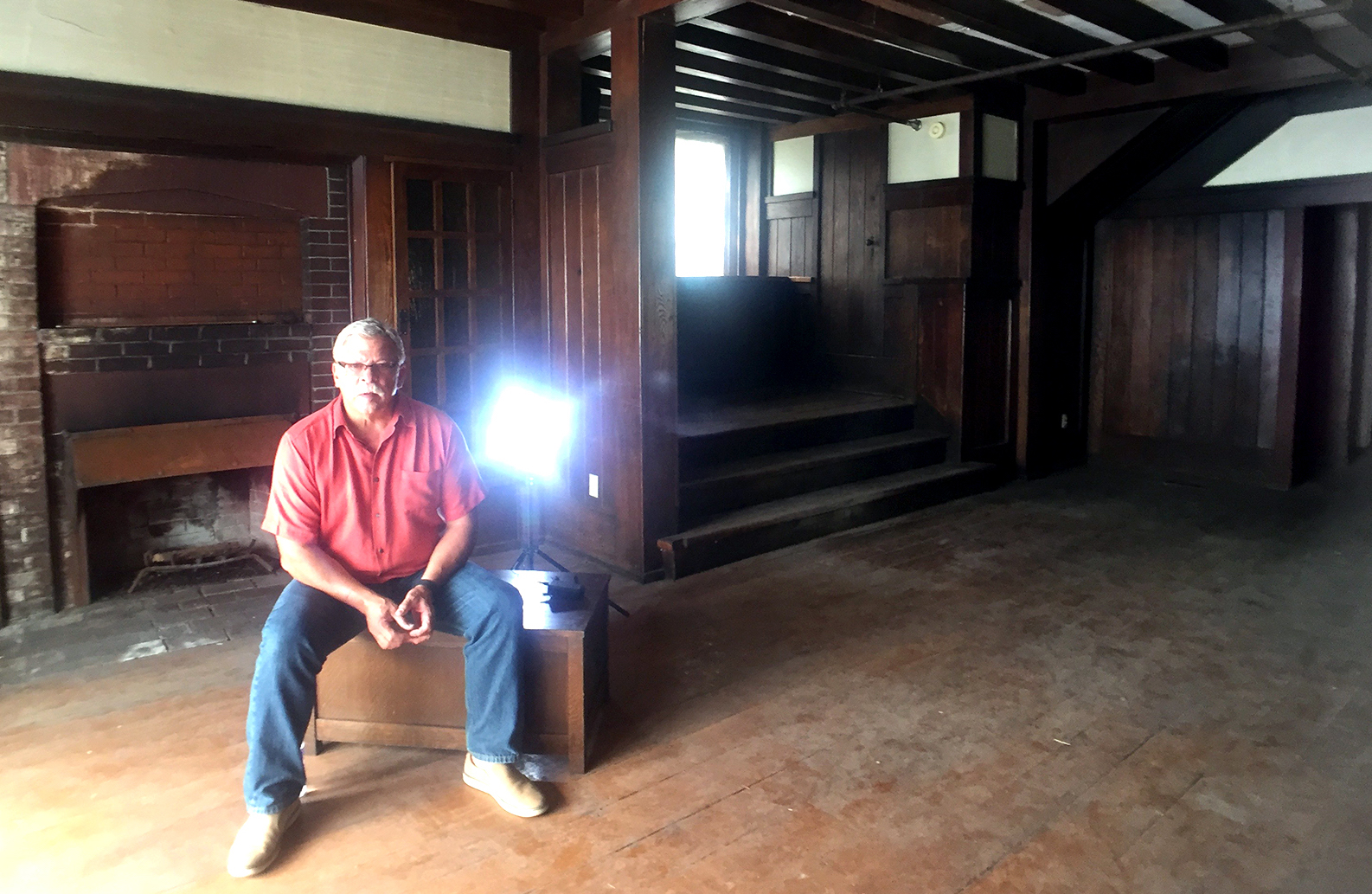 We need your help

The story of Gustav Stickley and the American Arts and Crafts movement is a fascinating and long over-due story for a movie. We’re currently raising funds to go back on the road this July to film at locations in Illinois, Wisconsin, Michigan and New York. This trip will get us to about 80% completion on principal photography, and allow us to then focus on the final elements of the film, such as securing rights to historic images and papers, continued work on editing and the film’s soundtrack and other elements.

While many people have contributed to the project since its inception, we still need more help to get the expenses for this next trip covered. All funds contributed go directly towards the expenses of the film, and as a special perk, contributions over a certain level will allow the donor’s name to be included in the film’s credits. We’ve set up a campaign on the crowd funding website Indiegogo.com (https://www.indiegogo.com/projects/gustav-stickley-american-craftsman-documentary-ii-history#/) and are accepting contributions through March 18. After that date we can be reached through our Facebook page (https://www.facebook.com/GustavStickleyDoc/) for additional information or donations.

We hope you will consider joining us on this journey to tell the story of Gustav Stickley.

Publisher’s Note: Herb’s passion for this project was evident at last month’s 30th National Arts and Crafts Conference, where he showed attendees a preview of the documentary. It was obvious from the first few minutes that this is a high-quality documentary, on par with Ken Burns and his contemporaries. I urge you to support this project, and to enable Herb to film and share Gustav Stickley’s story, just as other filmmakers have done with Frank Lloyd Wright, Elbert Hubbard and Charles & Henry Greene, with the American public. – Bruce Johnson

Top: Tim and Cindy McGinn, a descendent of Gustav Stickley, at their home.

Center: Curator Pete Mars being filmed at Craftsman Farms this past fall.