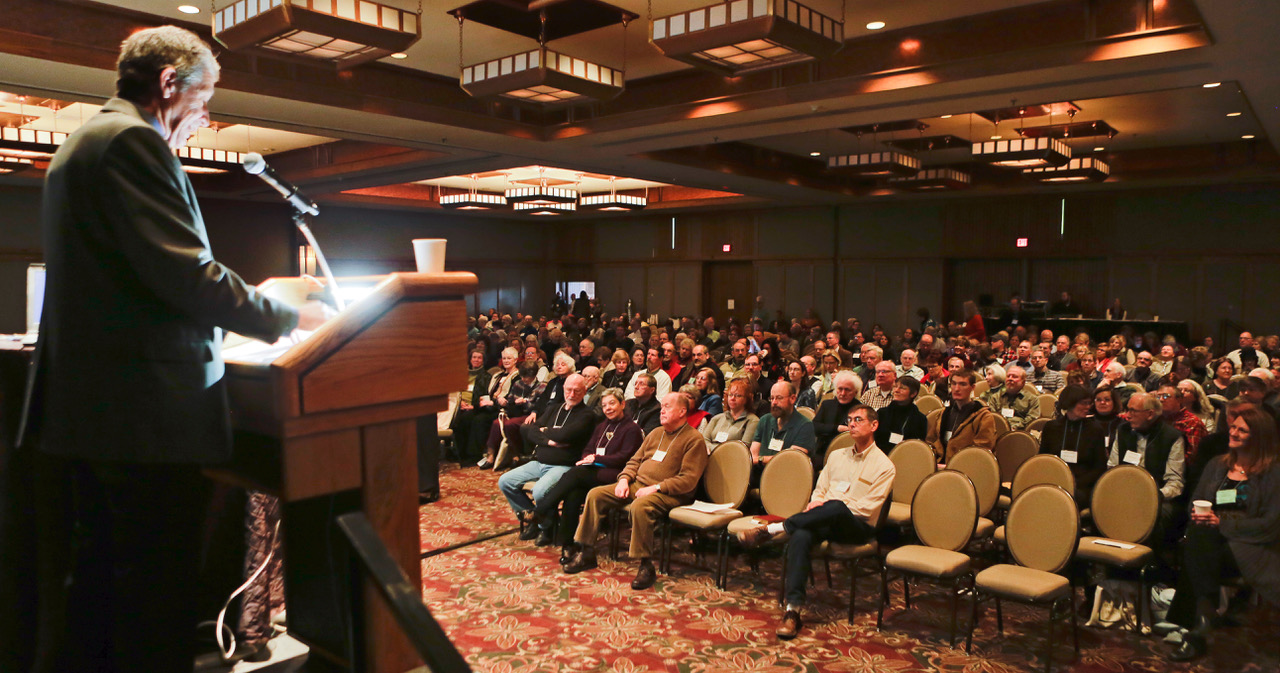 at the National Arts and Crafts Conference at the Grove Park Inn in Asheville, North Carolina, February 21, 2015. Photo by Ray Stubblebine

In 1988, the Grove Park Inn played host to a number of educational seminars in its Heritage Ballroom from those knowledgeable in the community ranging from the early furniture of Gustav Stickley to the works of Dirk Van Erp to the restoration of Craftsman homes. Bringing these seminars to the public has been a tradition lasting for decades: one that continues in February of 2023 with the return of the National Arts and Crafts Conference to the Grove Park Inn. With the return of the conference and shows comes a new wave of seminar topics to delve into; the topics and speakers for the 36th National Arts and Crafts Conference have been announced. This year’s seminars covers a wide variety of study from the furniture of Gustav Stickley to the philosophies of William Morris and how they connect to the pursuit of happiness in the 21st century, providing plenty for collectors of all levels to discover.

To register for the Conference Events Pass (to view all seminars and discussion groups): 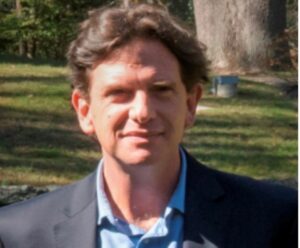 “Gustav Stickley and His Imitators”

In this opening night presentation, Dr. Jonathan Clancy explores not only the distinguished works of the iconic father of Arts and Crafts furniture, but a closer look at similar works by lesser known furniture firms of the era that took from Stickley’s form and style. Imitation was found in the works of The Imperial Furniture Company, the Jamestown Furniture and even from within the Stickley family: were these copycat forms a legitimate annoyance to Gustav’s business or were they improvements on the old design? Find out in the Grove Park Inn’s own Heritage Ballroom as the Stickley Museum at Craftsman Farms’s Director of Collections presents a look at Gustav Stickley and his Imitators. 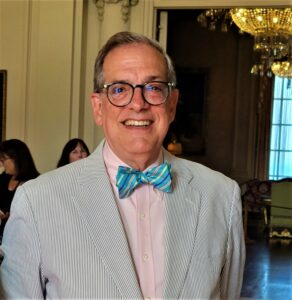 “The Arts and Crafts Movement and Modernism in the Gilded Age”

After the success of the “Anything You Want: A Closer Look at Treasures from Newport’s Gilded Age” tour in Newport, Rhode Island, Ulysses Grant Dietz returns to the Heritage Ballroom to bring the Gilded Age to our conference attendees with an Arts & Crafts lens. The tours, which explored the collections of the mansions of Newport made popular again through the HBO series The Gilded Age, served to explore the appeal of the works to the mansions’ inhabitants and what it said about wealth, society and culture. Dietz brings his expertise in pottery, ceramics, and the lessons of his curated tour to the Heritage Ballroom on opening night. 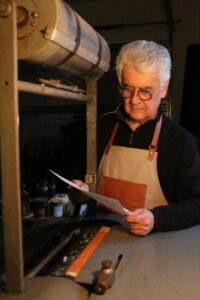 “The Arts and Crafts Movement: Examining the Paper Trail”

The antique books of the Arts & Crafts era, the artwork, and the plight of the independent press are all topics of this seminar by Andre Chaves of The Clinker Press. From the Roycroft print shop to the smaller private presses of the era, Chaves brings his knowledge of handmade printing with vintage letterpress technology and hand binding and will dive into the creative process of the early 20th century press, which created the books that fill up so much of the antique bookcases in collections across the country.

Chaves is the owner of a private letterpress, The Clinker Press, and an exhibitor in the 36th National Arts and Crafts Shows. 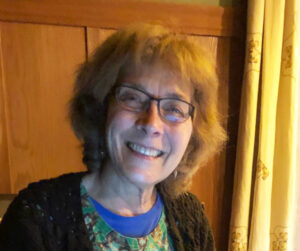 “A Window in Time: The Unique Style of Arts & Crafts Textiles”

The craftsman interior is made more harmonious with the inclusion of complementary decor arranged to create the landscape of an Arts & Crafts room. Textiles play an important role in decorating a room inspired by the Craftsman style and this February, Dianne Ayres of Arts & Crafts Period Textiles will bring the unique world of textiles to the Grove Park Inn. Dedicated to the study of Arts & Crafts era textiles, Dianne brings her research and knowledge about the wide range of American-made early 20th Century textiles to this visual compilation.

Ayres co-owns Arts & Crafts Period Textiles with Tim Hansen and will additionally return in 2023 as an exhibitor. 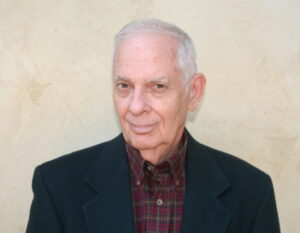 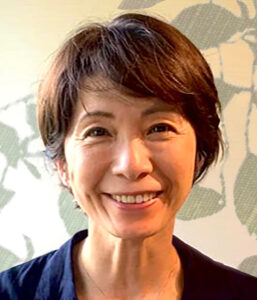 “Why William Morris? Art, Craft, and the Pursuit of Happiness for the 21st Century”

After presenting at the William Morris Symposium in London, blockprinter and artist Yoshiko Yamamoto of the Arts & Crafts Press brings her experience and her journey becoming a blockprinter on the West Coast to the Grove Park Inn. The author of the article “The Art and Craft of Printing: Our 25-year Journey” published by the William Morris Society in the United States, Yamamoto deftly weaves her life experience to explore the influence of William Morris’s idealism on the craftspeople of past and present. From the enthusiasm in the early days of the Arts & Crafts revival in Berkeley, California to her years in Tacoma, Washington to exploring craftsmanship in present-day Japan, Yamamoto reveals the importance of William Morris’s timeless influence and how it fuels her own pursuit in her blockprinting press. Yoshiko Yamamoto will return as an exhibitor in the 36th National Arts and Crafts shows at the Grove Park Inn.

In addition to at least six educational seminars, a range of small group discussion sessions always returns to the annual conference, providing attendees to opportunity to connect and learn from leaders in the community and each other. The conference additionally has an annual book club that meets at the conference to discuss books that are of the Arts & Crafts era. Led by 36-year attendee Pat Bartinique, our Book Club discussions continue to increase in popularity and will meet in the Vanderbilt Wing Roosevelt Room K.

This year’s selections for the book club are: Ragtime by E.L. Doctorow and The Octopus by Frank Norris. 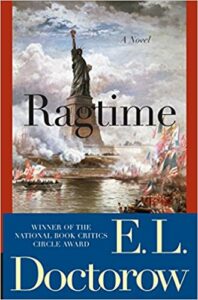 Published in 1975, Ragtime captures the spirit of America in the era between the turn of the century and the First World War.

The story opens in 1906 in New Rochelle, New York, at the home of an affluent American family. One lazy Sunday afternoon, the famous escape artist Harry Houdini swerves his car into a telephone pole outside their house. And almost magically, the line between fantasy and historical fact, between real and imaginary characters, disappears. Henry Ford, Emma Goldman, J. P. Morgan, Evelyn Nesbit, Sigmund Freud, and Emiliano Zapata slip in and out of the tale, crossing paths with Doctorow’s imagined family and other fictional characters, including an immigrant peddler and a ragtime musician from Harlem whose insistence on a point of justice drives him to revolutionary violence. 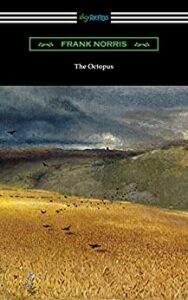 Inspired by The Mussel Slough Tragedy, an 1880 dispute over land titles between California settlers and the Southern Pacific Railroad, Frank Norris’ 1901 novel, “The Octopus: A California Story”, is the first part in his unfinished trilogy, “The Epic of Wheat”. The novel depicts the conflict between wheat farmers in the San Joaquin Valley and the Pacific and Southwestern Railroad. When the railroad company attempts to take possession of land leased to and improved by the farmers, the farmers are forced to defend themselves and their claims to the land that they rely on for their livelihood. A powerful social and political commentary, “The Octopus” focuses on how the powers of big business, in this case railroads and their unfair monopolies, are leveraged against the interests of the common man. The second volume of “The Epic of Wheat” trilogy, “The Pit”, which focused on the distribution of wheat in Chicago, was published after Norris’ death and the third installment, to be titled “The Wolf”, which was intended to focus on the effects of famine, was never written. Epic in scope, richly detailed, and satisfyingly realistic, “The Octopus” is a testament to the tragedy often wrought by unchecked corporate power and greed.

To register for the Conference Events Pass (to view all seminars and discussion groups):