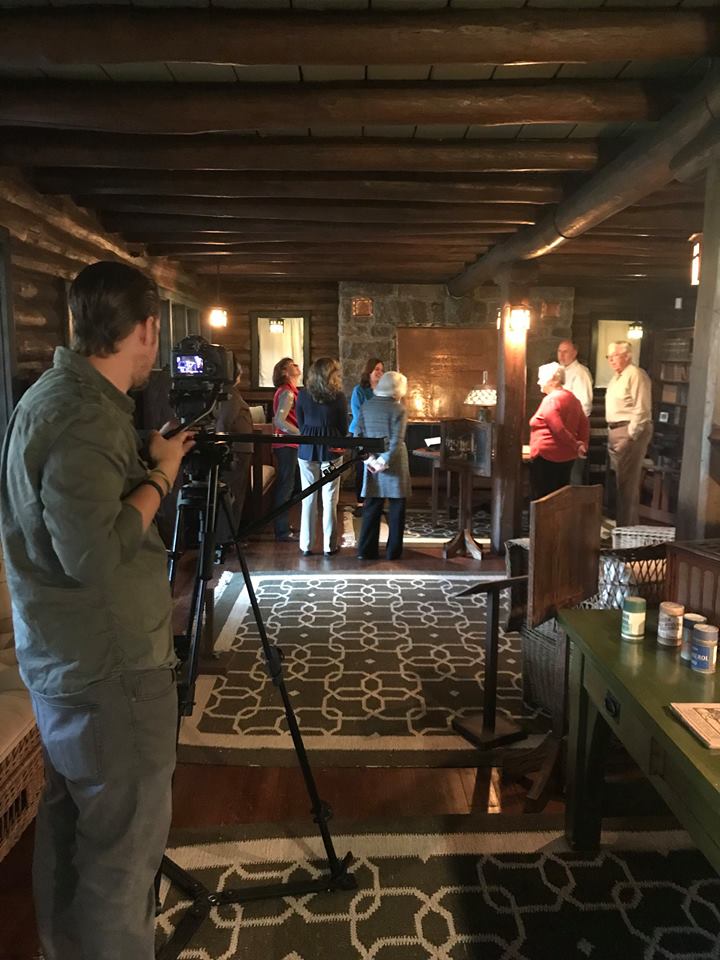 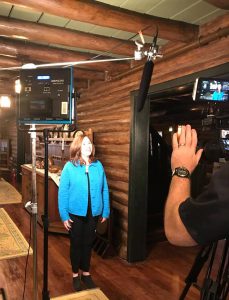 Vonda Givens is interviewed for the documentary. Photo courtesy of the Stickley Museum at Craftsman Farms

Like Norma Desmond’s in Sunset Boulevard, on a day in early November last year, Craftsman Farms welcomed its close-up. The occasion was the filming of an episode of the documentary series “On Demand with Rob Lowe,” an award-winning program highlighting news stories and innovative concepts through short- and long-form documentary presentation on PBS.

The shoot, scheduled months in advance, landed on a day that perfectly showcased the autumn splendor of Gustav Stickley’s beloved property. With peak color on display for filming, the trees had, by the next day, dropped all of their leaves in a gusty rainstorm.

The New Jersey Historic Trust and its 52-year commitment to saving New Jersey history through historic preservation was the focus of this six-minute, short-form documentary. While New Jersey boasts an array of remarkable historic sites dating back to the colonial era, Craftsman Farms was selected as the episode’s shooting location to demonstrate the multidimensional nature of the state’s important historic resources.

Craftsman Farms also was chosen for this honor because it represents a success story in preservation and heritage tourism. While undergoing significant preservation projects over its thirty-year history as a house museum, the site has attracted thousands of tourists, who are able to visit year round and experience the property on their own or tour the Log House on one of sixteen weekly tours. A site like Craftsman Farms demonstrates the measurable and immeasurable benefits of historic preservation for communities. As heritage tourists dine, shop, lodge, and more in surrounding areas, historic preservation brings economic vitality to communities and a meaningful return on investment.

Filming in the living room of the Log House. Photo courtesy of the Stickley Museum at Craftsman Farms. 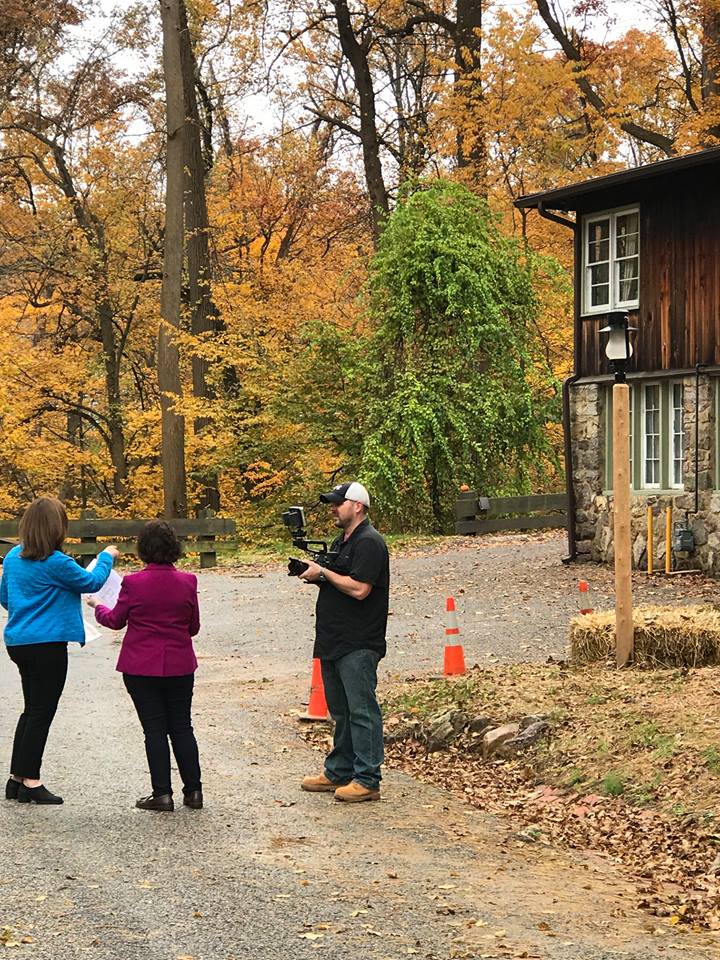 During filming, Vonda Givens and Dorothy Guzzo, the Executive Director of the New Jersey Historic Trust, discuss the museum’s plans for its new Education Center, which broke ground the following month. Photo courtesy of the Stickley Museum at Craftsman Farms.

At a special event, co-sponsored by the New Jersey Historic Trust, last Saturday afternoon at Craftsman Farms, the docu-series episode was premiered to a standing-room-only audience of museum members, representatives of other historic sites and local officials including Parsippany-Troy Hills Mayor Michael Soriano, who presented a proclamation to the Stickley Museum at Craftsman Farms in honor of its 30th anniversary. 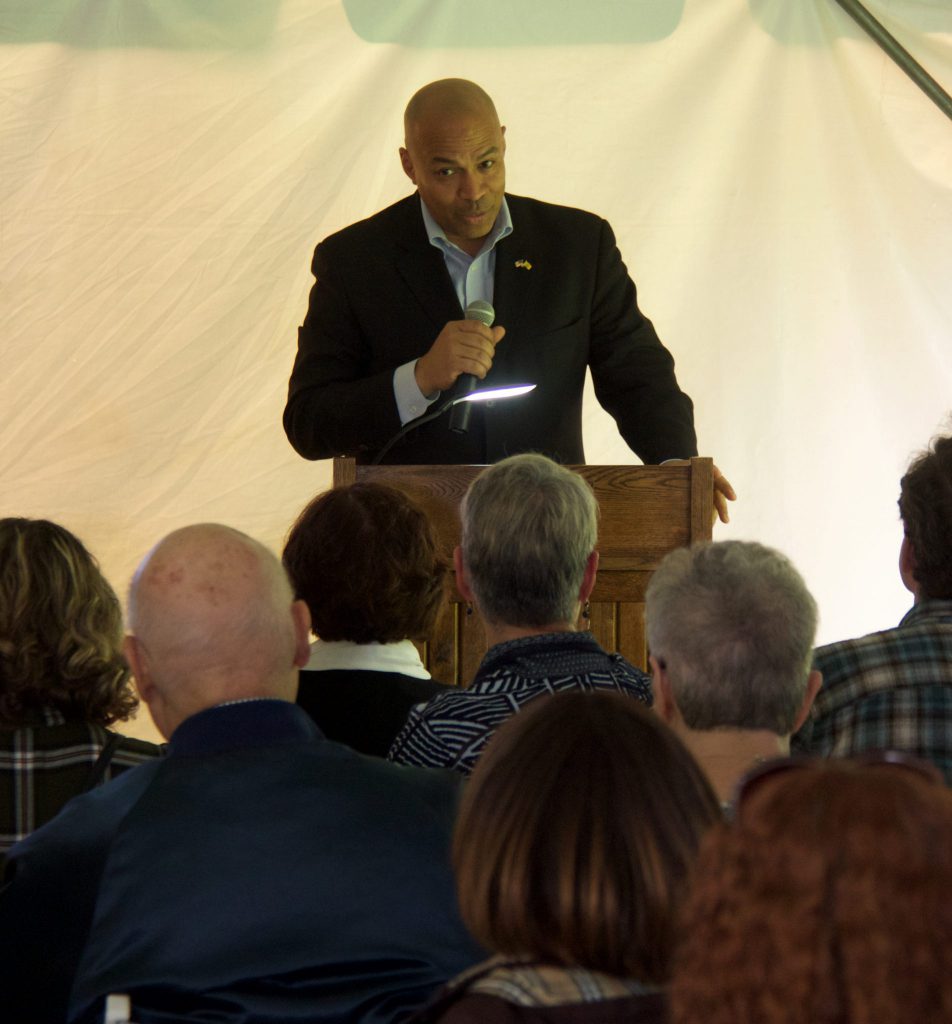 At the documentary premiere, the Mayor of Parsippany-Troy Hills, Michael A. Soriano, presented a Proclamation honoring the 30th Anniversary of the museum. Photog credit: Julia Murtha.

Throughout the morning, overcast skies and rain threatened to spoil the premiere, which took place in a tent installed near the Log House. Minutes before the first guests arrived, the clouds cleared and the sun shined down on Craftsman Farms, demonstrating, yet again, its inherent ability to dazzle at just the right moment. 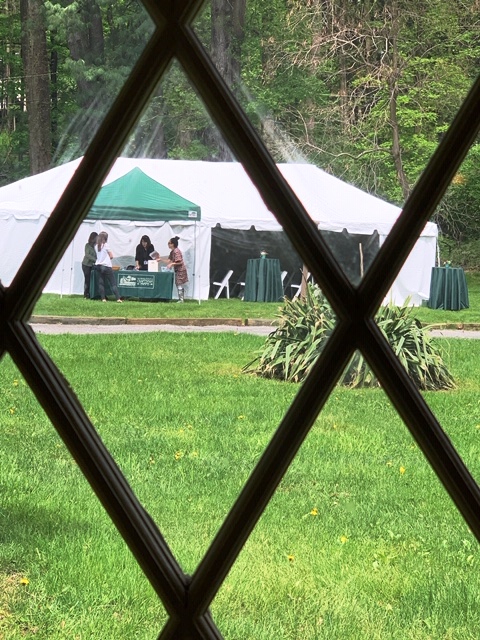 The premiere event was held in a tent near the north entrance to the Log House. Photo courtesy of the Stickley Museum at Craftsman Farms.

Want to see this short-form documentary for yourself? You can view it as well as more information on the New Jersey Historic Trust’s website or click here to watch the video on Youtube. Watch for the short-form documentary, which will be begin airing on PBS, with a special introduction by actor, producer, and director Rob Lowe, on May 27, 2019 and will run approximately 10 times per month for one year. For Arts and Crafts enthusiasts in our NYC and Philadelphia tri-state area, look for it on prime time television in a 1-minute commercial format between 7:00 am-11:45 am and 6:00 pm-11:45 pm on the following networks: CNN, Headline News, CNBC, MSNBC, The History Channel, The Travel Channel, and The Discovery Channel. 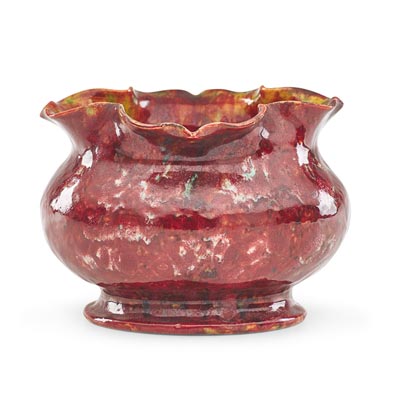 Early 20th Century Works Up for Bid at Rago Arts