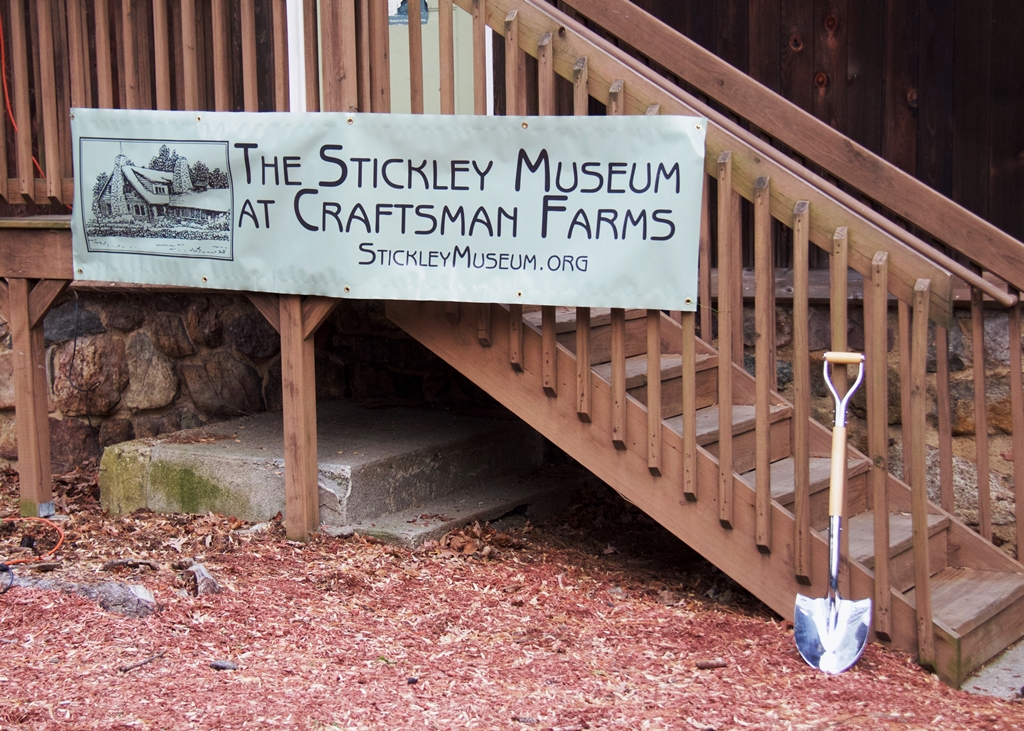 The legacy of Gustav Stickley took one step closer last week towards an important milestone as the Stickley Museum at Craftsman Farms have officially broke ground and will begin construction at the site for their new Education Center. On Wednesday, December 12th, a groundbreaking ceremony was held for museum volunteers and members of the museum’s Board of Trustees and Advisory Council for the new Education Center, working toward progress in their plan to rehabilitate the original Gustav Stickley buildings and contribute towards Stickley’s idea of a “Garden of Eden.” Board President Barbara Weiskittel and Executive Director Vonda Givens welcomed the crowd gathered to celebrate the important milestone more than 5 years in the making. While at the event, attendees were invited to write “Wishes for Craftsman Farms” on the walls of the old building and to enjoy the Log House’s holiday decorations as well as a reception in the museum shop. 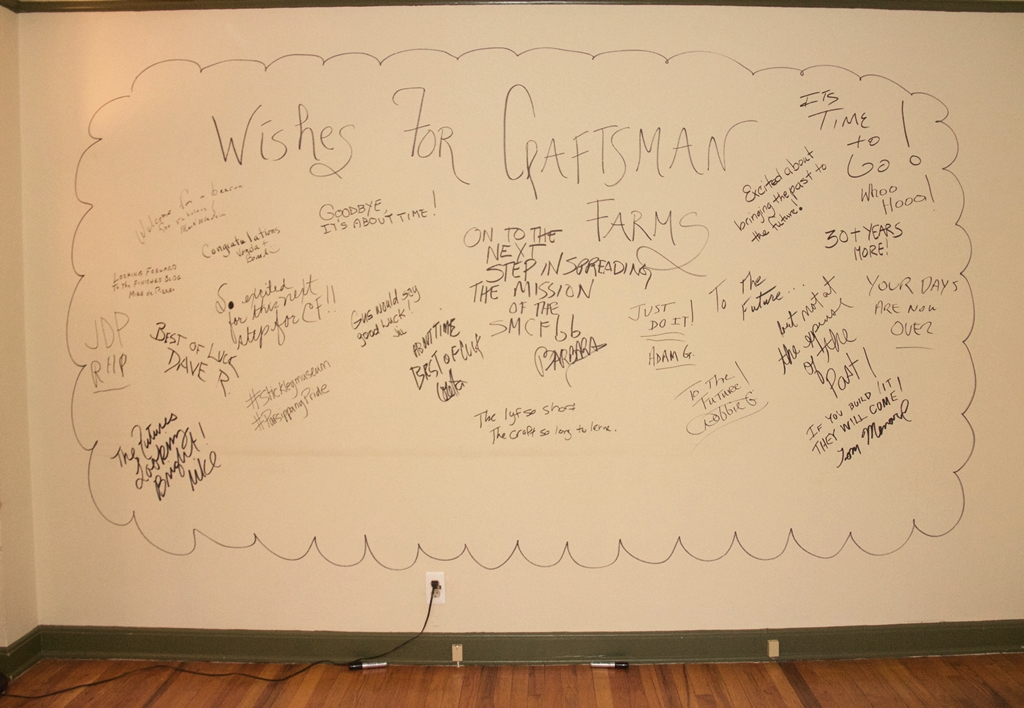 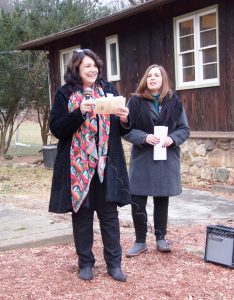 According to the Craftsman Farms’ newsletter, the vision for the new Education Center will be a combination of both preserving the original and expanding to accommodate for modern uses — the original material of the 20th century ground-level garage and the re-establishment of the two upper levels of the house combined with plans to expand to a large multi-functional program and event space with seating for 100. Additional plans for the educational center also includes constructing a new storage facility to house Museum archives and collections, establishing a beautiful new entrance, relocating the museum’s shop for higher visibility, and paving the way for other restoration efforts.

The building will be used for educational programs and public use as the new Center serves as one of several initiatives in the Museum’s plan to preserve the legacy of Gustav Stickley, one that Weiskittel is thankful to see progress made on. “To live our Mission and deliver on our Strategic Plan priorities to continue to preserve, interpret and make relevant Gustav Stickley’s legacy and to do that we needed to expand and diversify our audiences and expand (while preserving) our campus,” said Weiskittel. “We are at a significant transformatory point today and look toward the future where we will be able to continue this important work.”

The groundbreaking ceremony was held 2 months after the Craftsman Gala, the Stickley Museum’s major fundraiser event for the year. The proceeds from the event go towards not only the museum’s restoration efforts, but the operations budget as well. Earlier this year, when we interviewed Executive Director Vonda Givens about the Gala, she credited the museum’s supporters as an essential element of the museum’s success. “We expect to be entrenched in a major construction project for at least a year and we’re determined to maintain normal operations through it all. That will be a challenge, but with the support of the museum’s dedicated friends, we can do it.” said Givens in a previous article. 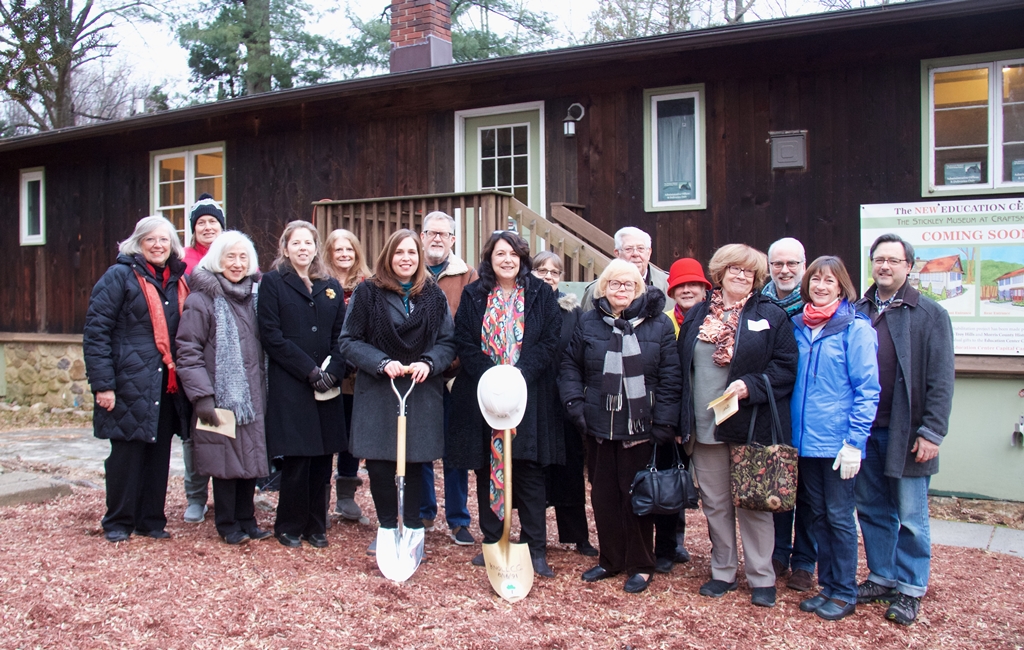 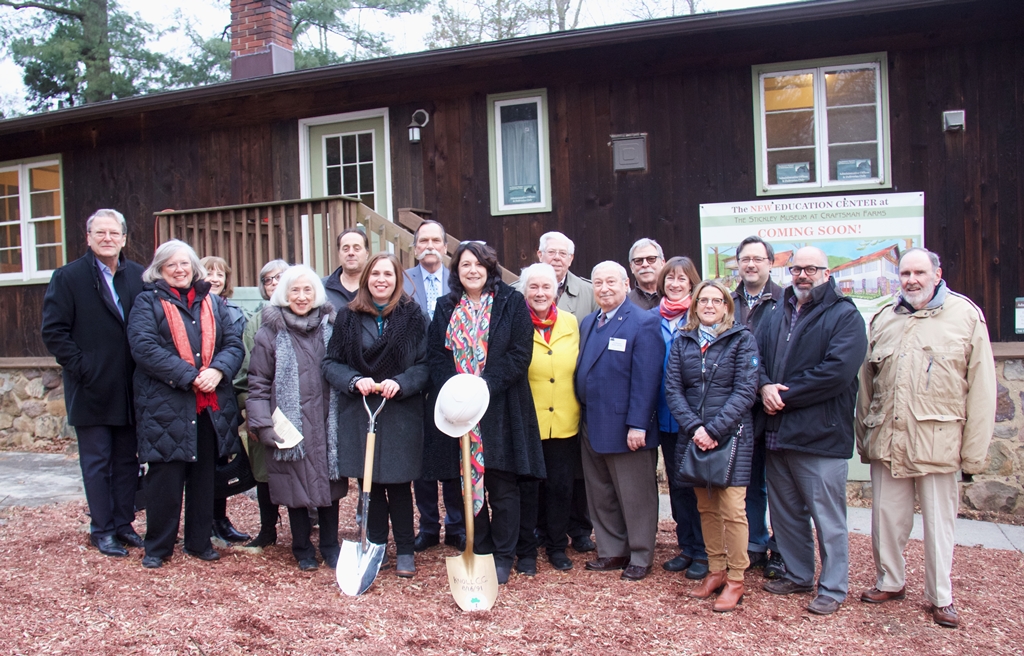 Members of the Board of Trustees and Advisory Council gathered for a photo to celebrate this important milestone. 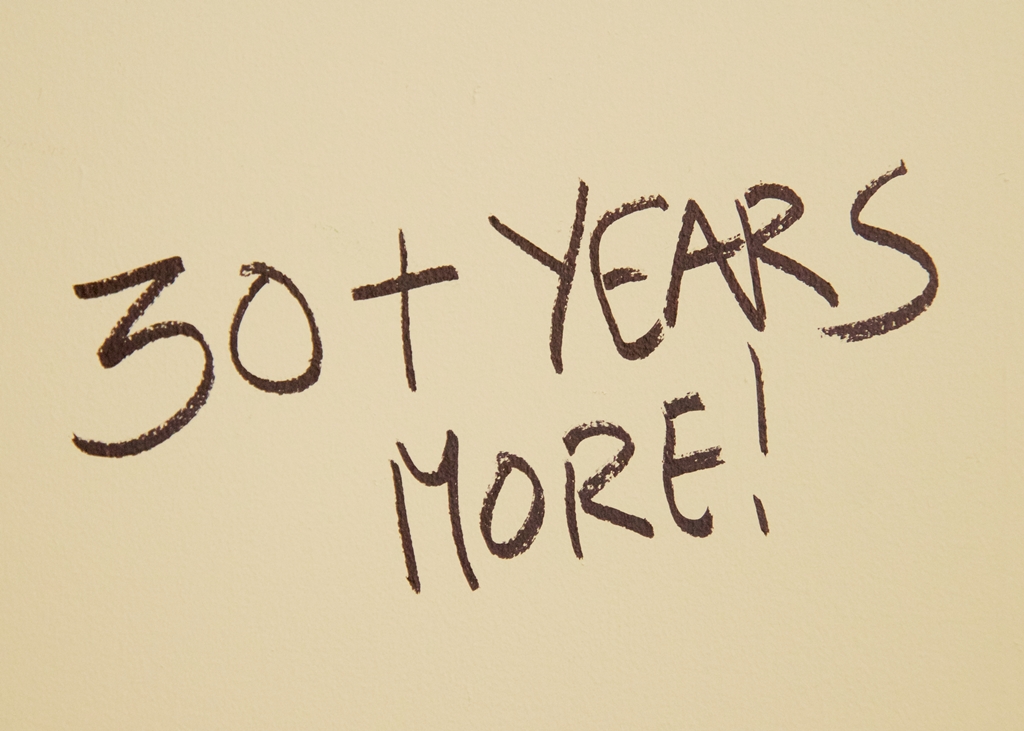 To find out more information about the new Education Center or the Stickley Museum’s other initiatives, please visit their website at https://www.stickleymuseum.org/

All photos taken by Julia Murtha.

The National Arts & Crafts Conference Pre-Conference Packets: What Should You Know?