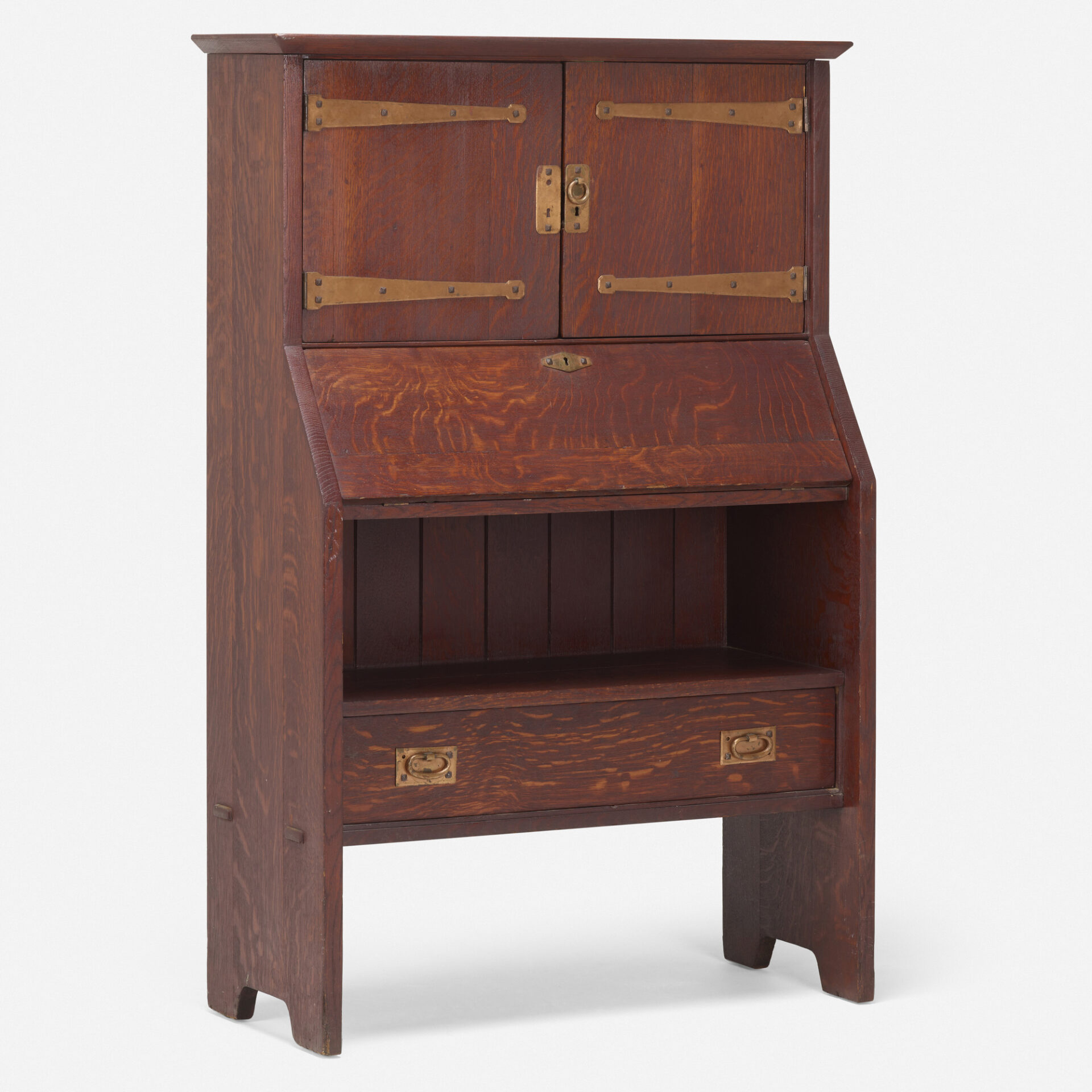 On October 19th, Toomey & Co. will present Fine Art + Furniture & Decorative Arts at 10:00 AM Central, Wednesday, October 19th; a 422-lot auction featuring furniture, ceramics, textiles, lighting, metalwork, fine art, prints, and more. While this is the first decorative arts auction held newly combined with the Rago/Wright brand, the works available range from the rare to the perfect addition to the beginner’s collection. 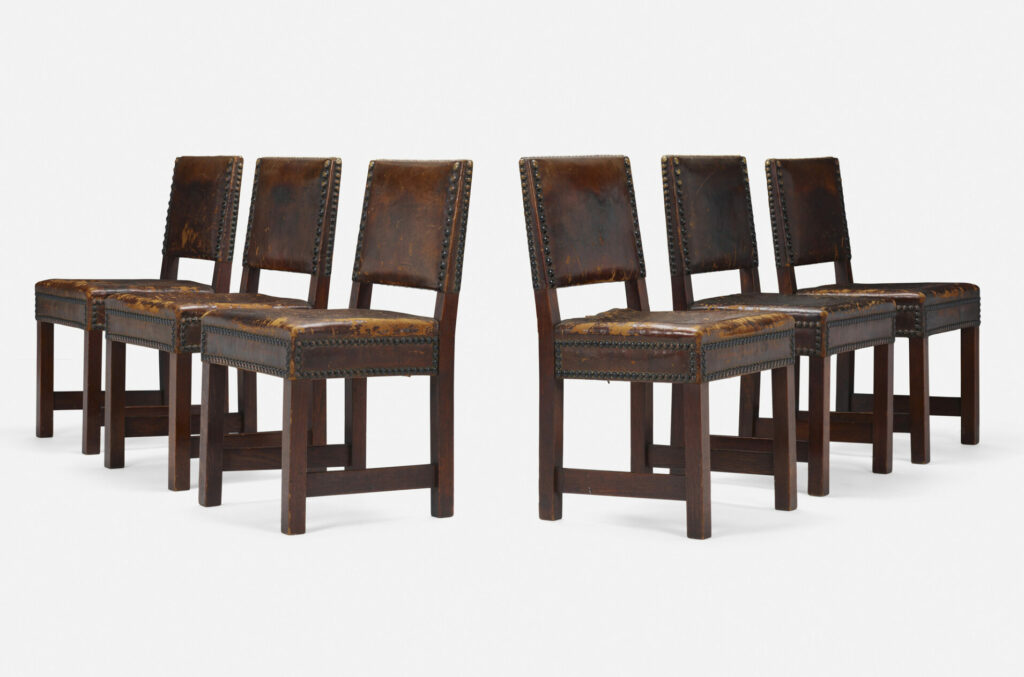 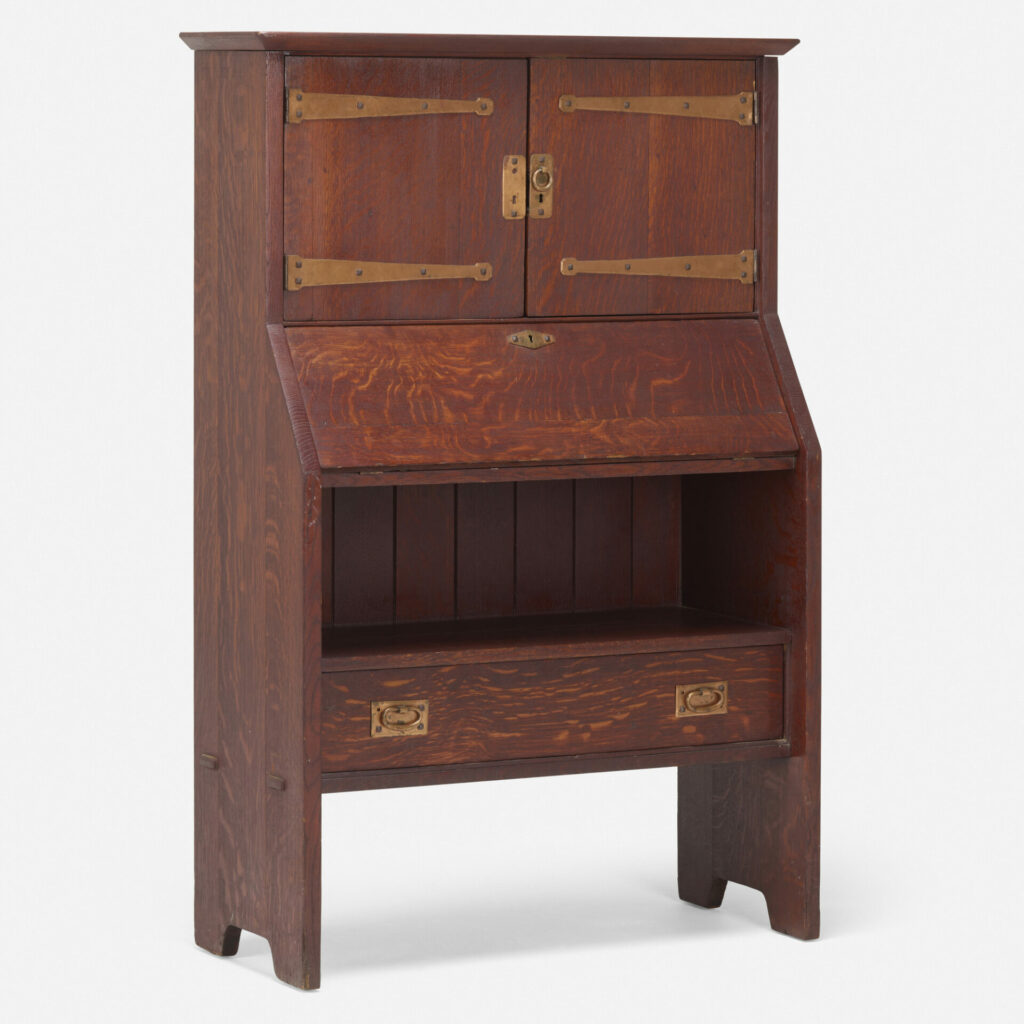 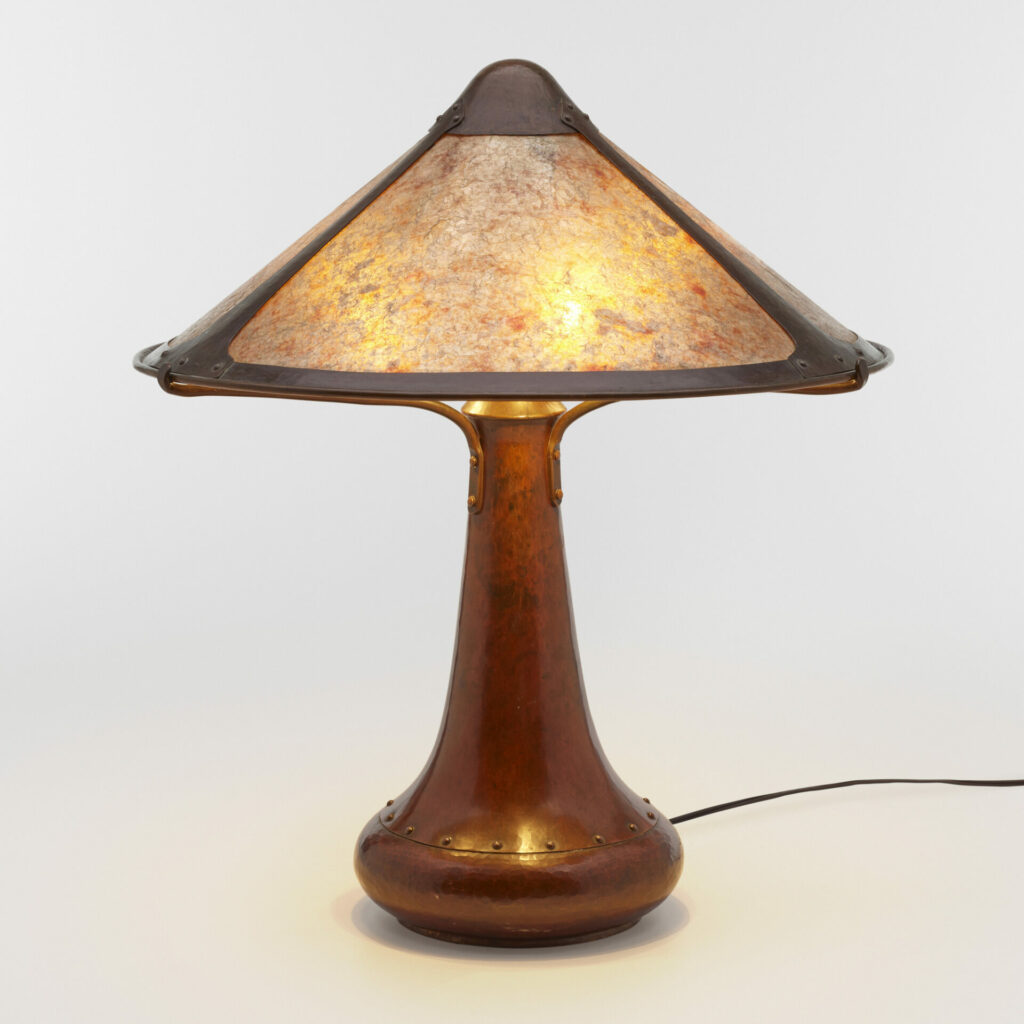 Lighting offerings are strong in this auction with an early Dirk Van Erp table lamp (estimate: $9,000–12,000) featured in the publication Bay Area Copper 1900-1950: Dirk van Erp and His Influence by Gus Bostrom and yet another Gustav Stickley highlight in the form of rare hanging lanterns ($3,500–5,000) out of a private collection in New York. By far, some of the largest price tags in the auction belong to three lamps and they naturally bear the Tiffany name: two Greek key table lamps (both $15,000 – 20,000) and a ten-light Lilly lamp ($10,000 – 20,000). But don’t count out the Margaret Helen McDonald for Rookwood Pottery pair of Ivory Jewel Porcelain lamp bases ($800–1,200) – this pair has painted initials along its bottom and the special porcelain bases sit atop woodbine decoration.

In the fine art and print section, one noticable selection happens to be two prints from Arthur Wesley Dow: the two poppy prints (estimate: $400–600) were purchased as a fund raiser for the Ipswich Historical Society, formerly Dow’s summer season art school, through Tommy Macpherson, when he was director there, and were used as models for students in Dow’s classes. 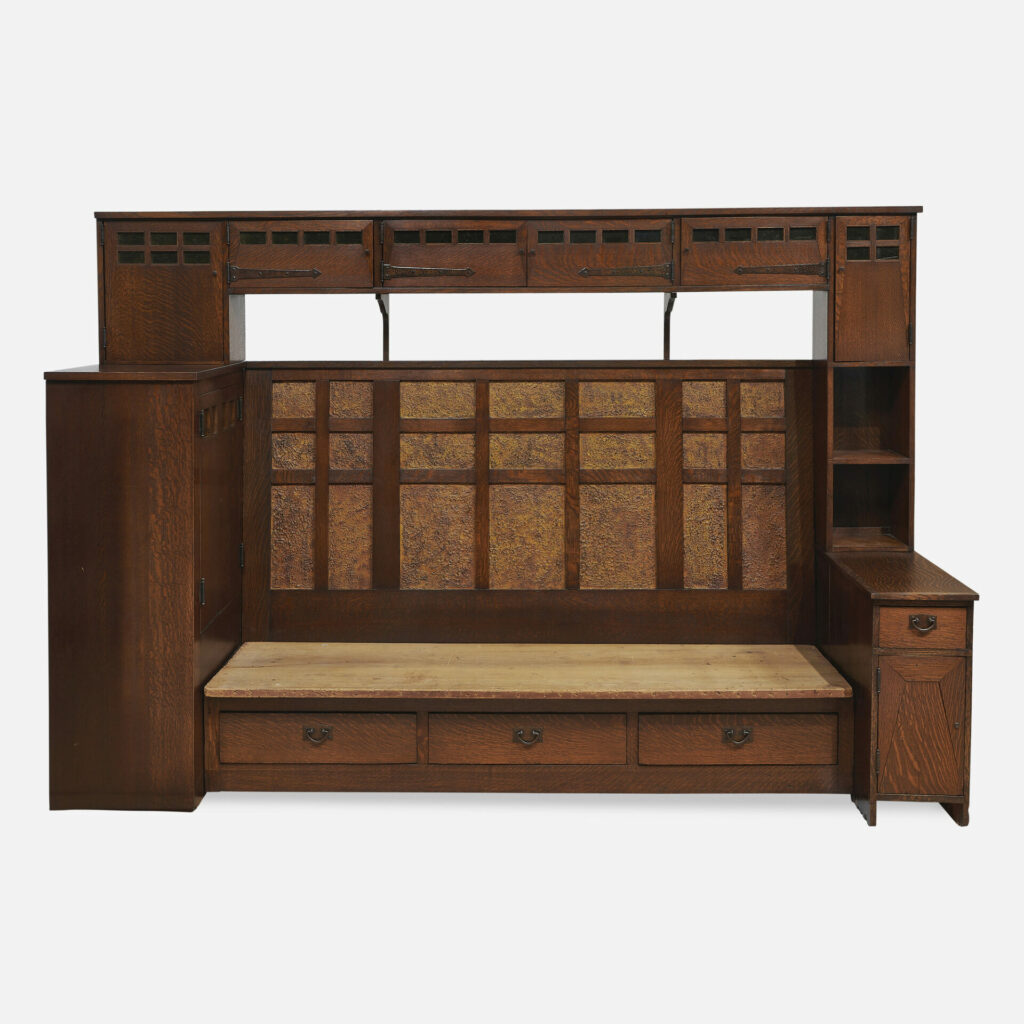 To view the lots up for auction tomorrow (Wednesday), click here 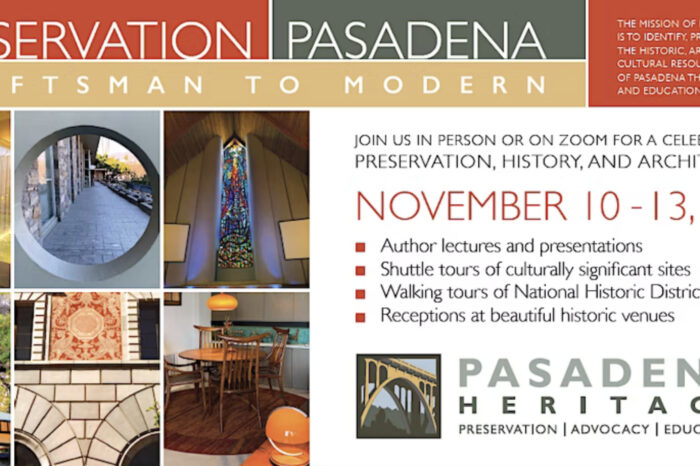