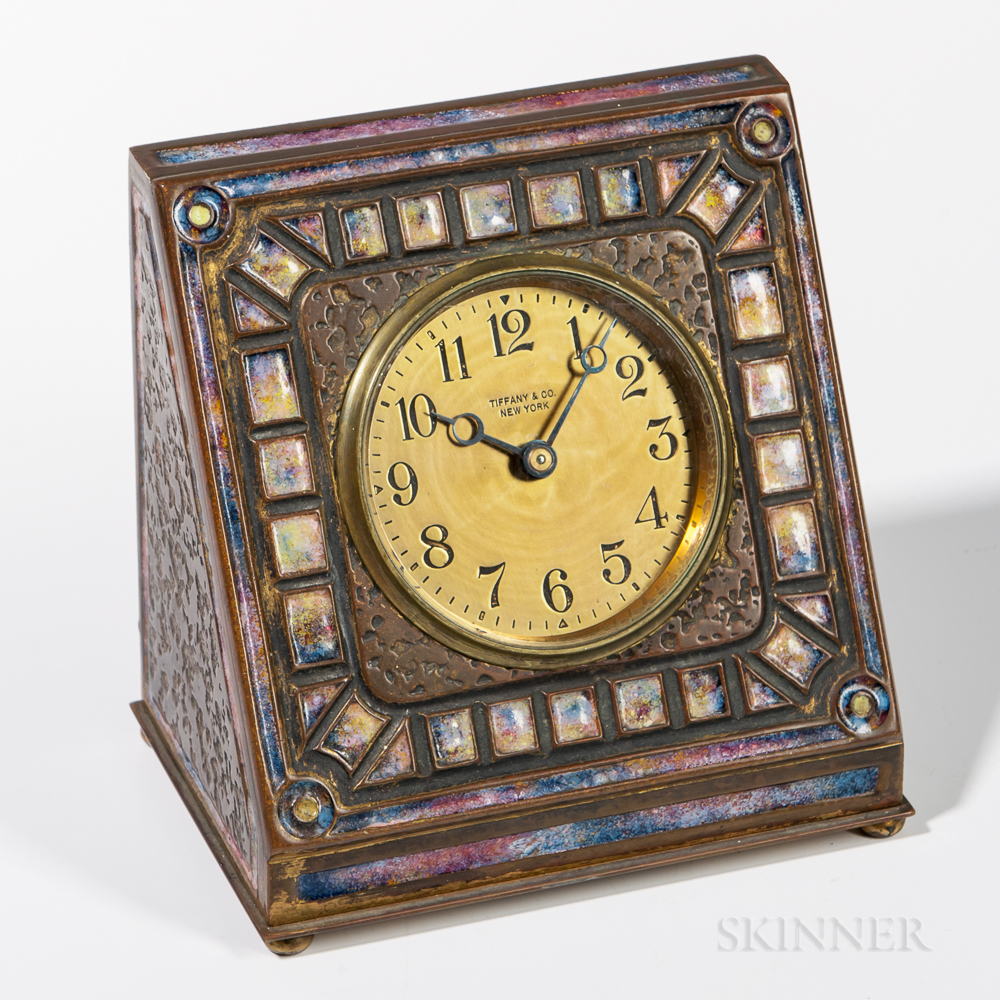 The classics of the Arts and Crafts Movement will be on display and up for bid this Friday, December 14th at Skinner Auctions. The Boston auction house, which offers more than 60 auctions annually, is known for showcasing both antique and contemporary fine and decorative art, jewelry, design and much more — and this Friday, will feature objects and furniture dating from the turn of the 20th century to more modern times.

Among the offerings are a rare and important Marblehead Pottery Vase designed by Annie Aldrich and decorated by Sarah Tutt, a Tiffany Studios bronze floor lamp with Swirling Maple Leaf shade and examples of mid-century furniture by Finn Juhl, Hans Wegner and George Nakashima.

In addition to the Aldrich and Tutt Vase and the Tiffany floor lamp, we have listed a few highlighted items that we’re keeping our eyes on this week. If you’d like to see these lots and the remainder of the catalog of lots, click here to see Skinner’s 20th Century Design Auction Catalog. 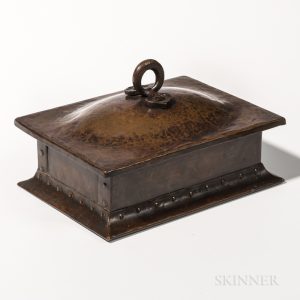 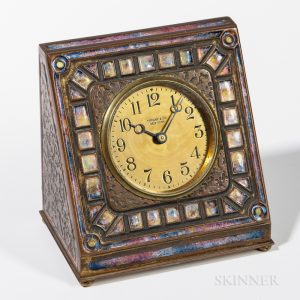 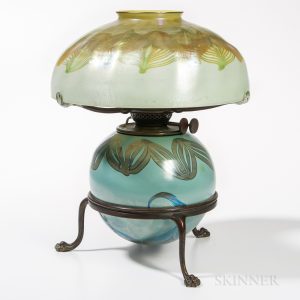 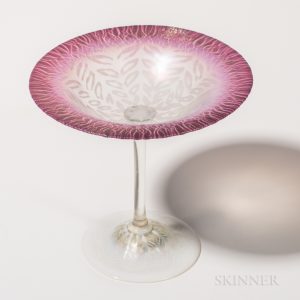 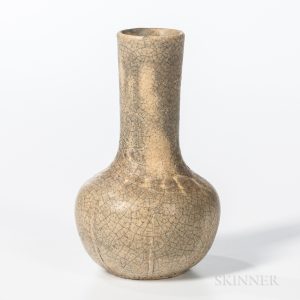 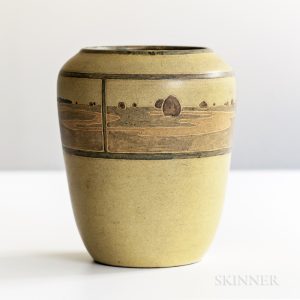 Lot 95: Rare Annie E. Aldrich and Sarah Tutt Marblehead Pottery Vase, Marblehead, Massachusetts, c. 1909, landscape vase in the style of Arthur Wesley Dow depicting haystacks in a marsh, designed by Annie E. Aldrich and decorated by Sarah Tutt; made by John Swallow, marked with an “M” and partial “P” flanking a sailing ship and the letters “A” and “T” beneath the Marblehead mark, ht. 8 1/2, dia. of mouth 4 3/4 in. Note: One of four known examples, the others are in the collections of a private collection, the Art Institute of Chicago and the Two Red Roses Foundation.
Estimate: $10,000-20,000

All pictures courtesy of Skinner Auctions through their website, www.Skinnerinc.com 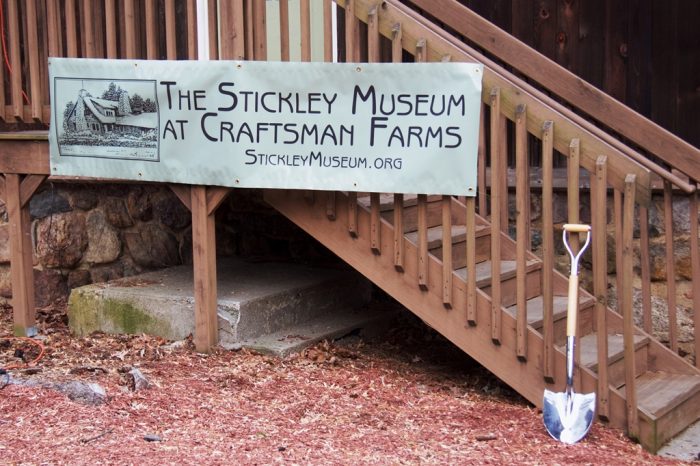