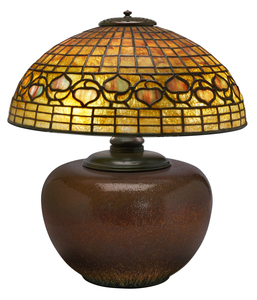 Treadway Gallery is celebrating their successful June 3rd 20th Century Art & Design auction, which brought plenty of attention on Arts and Crafts lighting and interest in Art Nouveau pieces. According to Don Treadway of Treadway Gallery, the sell rate was “exceptional with about 95 percent sold” and while Tiffany lamps led the way, the interest in both American and European art pottery fared well with “Rookwood, Newcomb, Grueby, Teco and Marblehead leading the way.”

As expected, Tiffany and Company lamps attracted high interest and sold well beyond the high estimate. A Tiffany Spider lamp, for example, sold for $40,625.00. Made by Tiffany Studios with an inverted mushroom base, the signed 18″ x 15″ lamp made ten thousand dollars over the high estimate price – the range was $20,000 – $30,000. Another Tiffany studios signed lamp, a Tiffany leaf and vine leaded glass shade over a Tiffany pottery base (18″h x 16″dia.), went for nearly fifteen thousand dollars over the high estimate price – the original estimates were $8,000 – 10,000. 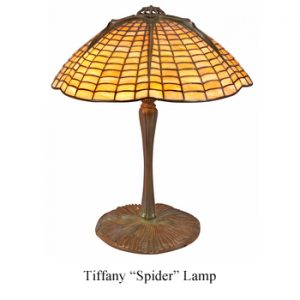 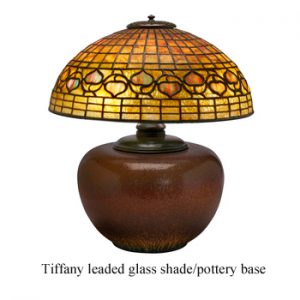 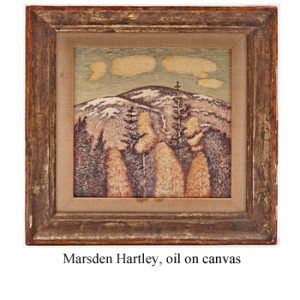 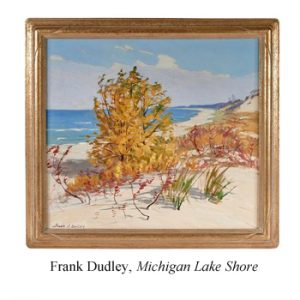 Success also came for artists on the other side of the pond – works by Picasso and Ruskin sold past their high estimate prices. French glass work by artists Daum and featured rare and early works by Emile Galle sold well, thanks to their early pieces sent from a Los Angeles collection.

Additionally, modern art objects went for prices well over estimates – vessels made by Claude Conover and a side table by Paul Evans sold for thousands more over their high estimate. The former artist Claude Conover’s signed glazed stoneware vessel, entitled Caan Vessel, sold for $6,250.00 while the high estimates were $2,500 – $3,500. The piece was 10.5 high by 16.5 inches wide. 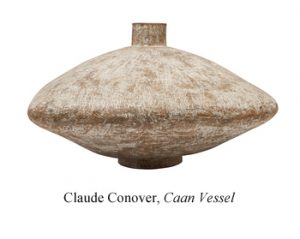 Silver was additionally on the minds of bidders – and the good news for silver aficionados out there – you do not have to be present in the building to attain your gem, just consistent. “A wonderful selection of Tiffany and Company silver drew plenty of attention … silver of this type is rare and very desirable, bidders chased pieces via phone, absentee and the internet” says Treadway. No doubt the popularity of auctions is in large part thanks to the convenience of modern-day bidding through both the phone and internet. The past two weekends have seen several auctions through major auction houses like Rago Auctions and Humler & Nolan. Even smaller venues like California Historical Design are able to cater to a larger crowd through the convenience of remote bidding.

The auction catalog drew rave reviews, and the auction itself – according to Treadway – was a financial success. “The sale grossed around $1,000,000” said Treadway. It appears that they are already in the process of preparing for another auction, which Treadway expects to occur in late summer or early fall. The auction was the first venture since splitting from a partnership with John Toomey. Founded in 1977 by Don Treadway, the Treadway Gallery began their auction business in Cincinnati, Ohio. In 1987, Treadway expanded into Chicago, teaming up with John Toomey, and continued to hold sales there through 2017. With the influence of the internet changing the need to be in a major metropolitan area, Don Treadway and his daughter Drew made the decision to return to holding their sales in Cincinnati for the first time in nearly two decades. 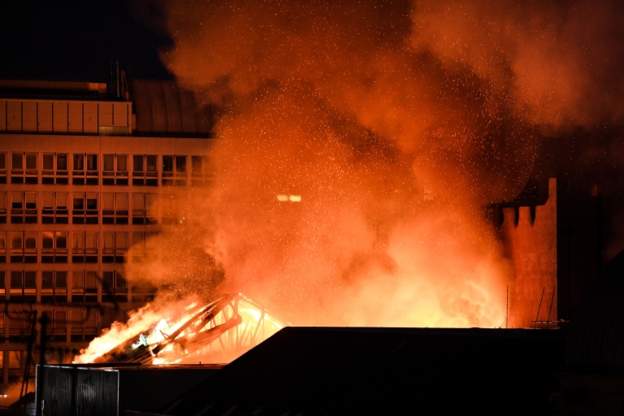 Glasgow's Mackintosh Building Succumbs to Fire - For the Second Time.